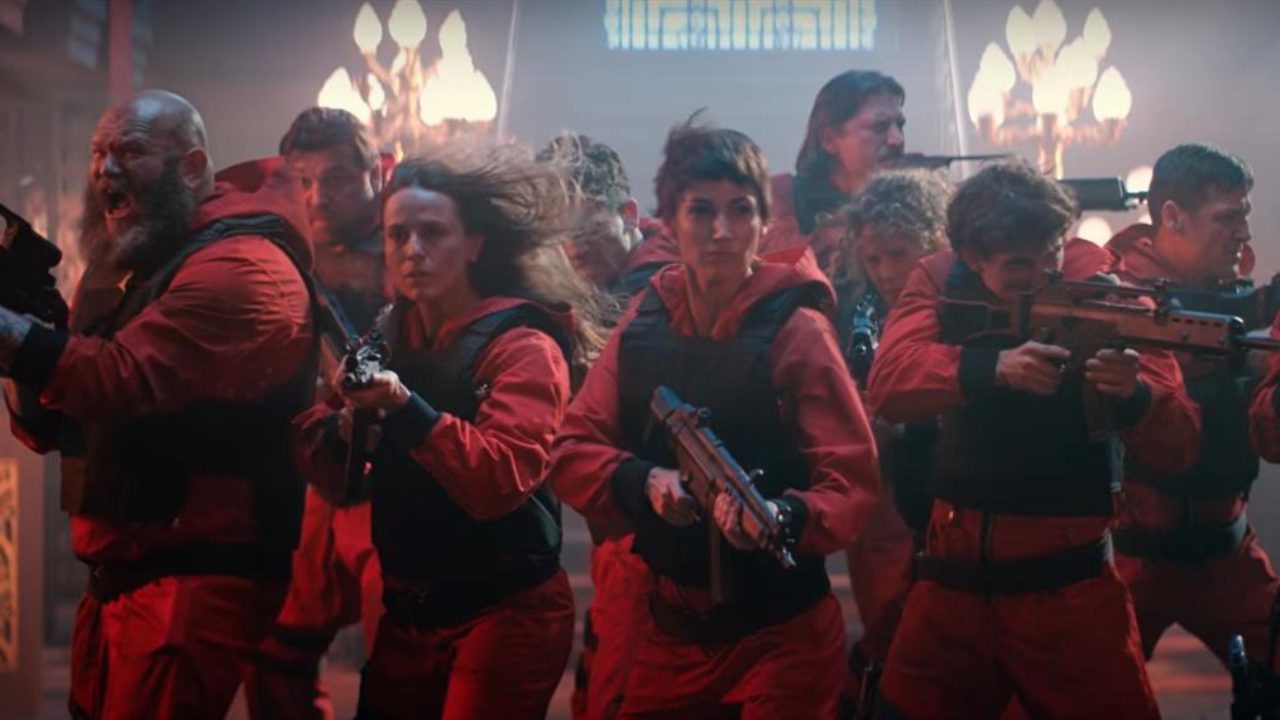 Even in its 5th season, Netflix’s Spanish thriller-drama series ‘Money Heist’ continues to enthrall its audience with taut writing and ingenious plot twists. In episode 2, titled ‘Do You Believe in Reincarnation?,’ Lisbon or Raquel Murillo (Itziar Ituño), Tokyo or Silene Oliveira (Úrsula Corberó), and Stockholm or Mónica Gaztambide (Esther Acebo) go out to negotiate with the authorities. Some of the hostages realize how much danger they are in following the arrival of the military and decide to rebel against their captives. Alicia Sierra (Najwa Nimri) sets up a trap for Marseille (Luka Peroš) and Benjamin (Ramón Agirre) as they arrive at the Professor or Sergio Marquina’s (Álvaro Morte) hideout. And Stockholm makes a choice. Here is everything you need to know about ‘Money Heist’ season 5 episode 2 ending. SPOILERS AHEAD.

The episode begins as Lisbon, Tokyo, and Stockholm come out of the bank with a white flag, believing that they have no other option left. They bring out several of the hostages with them, this time without any masks. However, Lisbon soon realizes that Colonel Luis Tamayo (Fernando Cayo) and the police don’t yet know about the Professor’s capture. She deduces that Alicia must have been acting alone and again hopes that they just might finish the heist successfully.

To make sure that her hunches are right, she tells Tamayo that she will let César Gandía (José Manuel Poga) go, but first, she needs to consult the Professor. When Tamayo agrees, it basically confirms for her that the authorities don’t have the team’s leader. 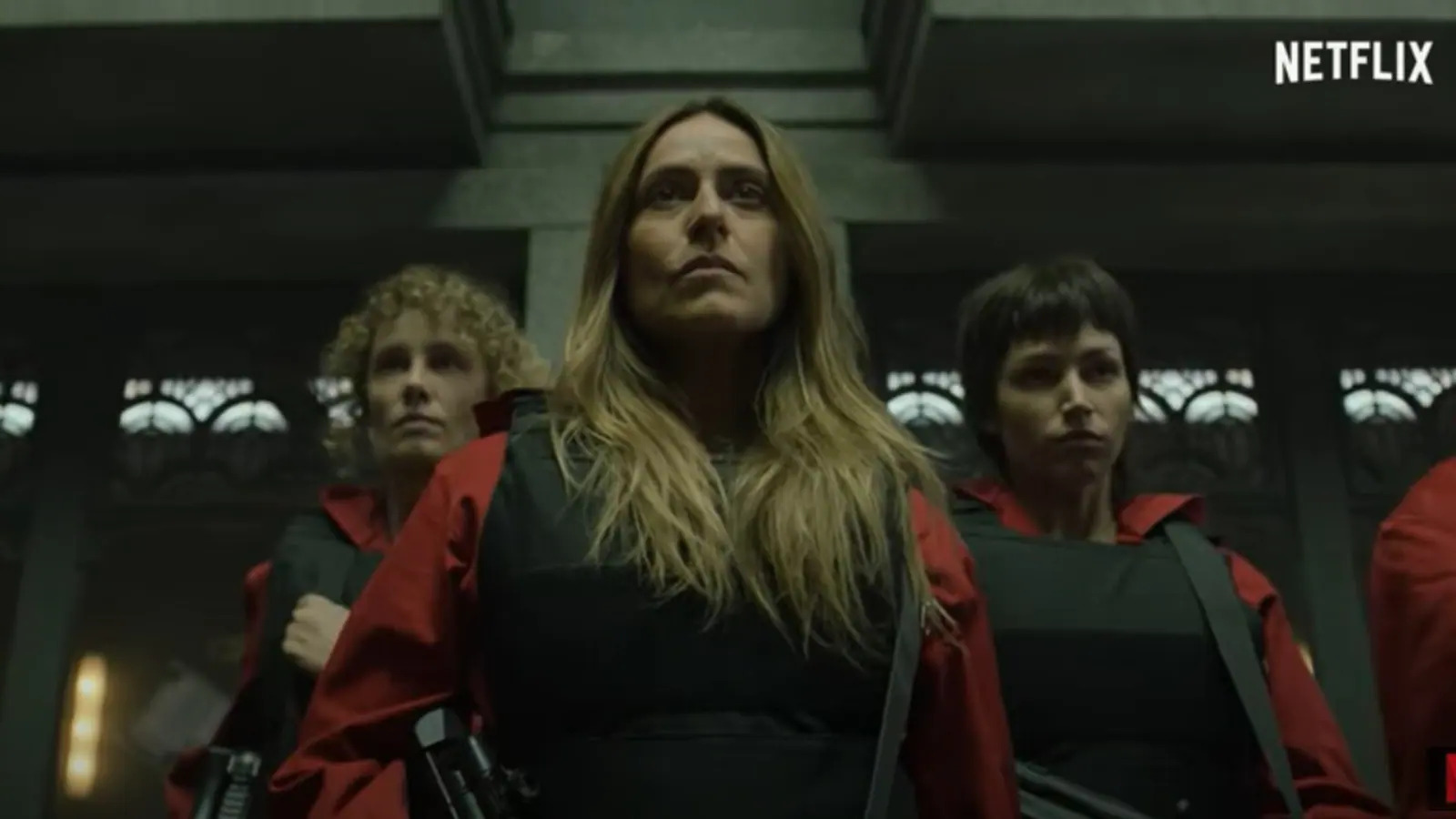 Meanwhile, inside the bank, Bogotá (Hovik Keuchkerian) beats Gandia to a pulp. Taking advantage of the chaos, several hostages, including Arturo Román (Enrique Arce) and Mario Urbaneja (Pep Munné), grab guns and vests and wreak havoc in their efforts to get to safety.

Meanwhile, realizing that Marseille and Benjamin have arrived at the hideout, Alicia uses some tranquilizer to knock the Professor out. She then injects Marseille with the same drug and forces Benjamin to surrender, proving once more what a resourceful and cunning woman she is.

No, Arturo is most likely not dead. During the confrontation between the escaped hostages and the team, Stockholm seems to shoot him twice. Although he goes down and his injuries are probably quite serious, he isn’t dead. When he and Urbaneja are outside the bank along with the other hostages and the robbers, Urbaneja reads the situation correctly. He realizes that with the military’s arrival, they have become collateral damage. And in a war, collateral damage is expected.

True to his character, Arturo wants to run immediately. But Urbaneja appeals to the other man’s ego and the incessant desire to be a hero to convince him to stay and inform the other hostages. After they get back inside the bank, Arturo, Urbaneja, and some other hostages get hold of some guns and vests while the robbers are busy convincing Bogotá not to kill Gandia. Arturo begins shooting indiscriminately, hitting other hostages and Denver or Daniel Ramos (Jaime Lorente). In their effort to escape, the hostages end up in a room that has been sealed off with explosives. Even though others despair over their misfortune, Arturo discovers they are in the room where the robbers have weapons and ammunition. 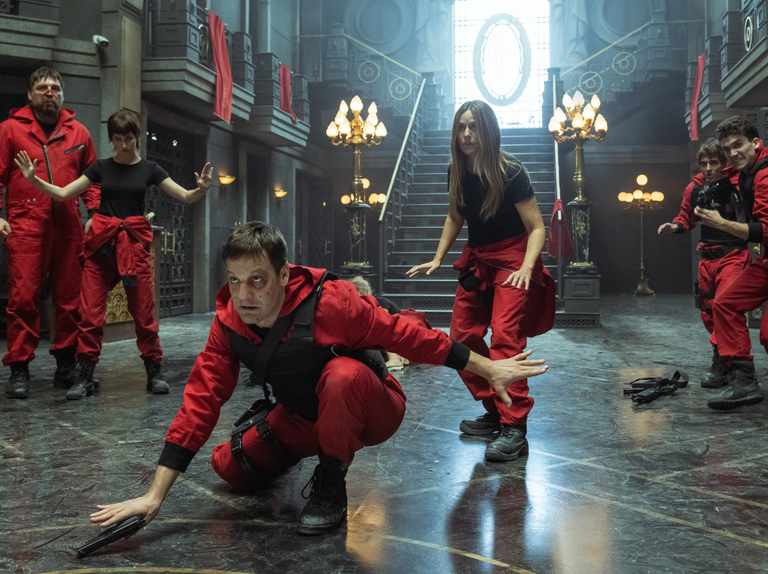 A gunfight inevitably ensues between the robbers and the hostages. The team realizes that their ammunition is running dangerously low. Tokyo suddenly remembers the weapons she saw in the panic room and goes to retrieve them with Rio or Aníbal Cortés (Miguel Herrán). Meanwhile, Arturo taunts Denver, trying to get him angry enough to make a mistake. All he ends up doing is finally making Stockholm realize what he truly is.

Up until this point, Stockholm has held on to some hope about the father of her child, despite his numerous atrocious acts. Using the air vents, she gets behind him and holds him at gunpoint. When he tries to shoot her, she puts two bullets in him. Forced to choose between Denver and Arturo, she once more chooses Denver. However, this time, her choice brings her a sense of liberty. She finally seems to be free from the hold that Arturo had on her.

‘Money Heist’ has always shown if a character is dead in the same episode. The show doesn’t leave it as a cliffhanger to be addressed in the next one. Considering this, we can presume that Arturo is still alive.

Does the Military Attack the Bank?

No, the military doesn’t attack the bank, at least not yet. Shortly after his arrival, Sagasta (José Manuel Seda) convinces Tamayo to let him use his own team. But just as the special forces are about to enter the bank, the robbers release Gandia with a smoke grenade filled with fentanyl strapped to his chest, keeping true to their promise that they will release the Bank of Spain’s head of security. Tamayo knows that if the operation goes ahead now, it will further damage the government’s reputation, so he orders Sagasta and his unit to pull back.

Fentanyl, a type of opioid, knocks Gandia out before he can tell the police or the military that some of the hostages have taken over the room with the robbers’ weapons and ammunition. This grants the team some extra time to break through the hostages’ defense and secure that room once more.