Moonshot Ending, Explained: Do Walt and Sophie End Up Together?

Romantic comedies have become increasingly rare in the age of superhero films and streaming platforms. They virtually don’t exist in theaters, especially in the post-pandemic world, and the only places that distribute them are, ironically, streaming platforms. Romantic comedies with a science fiction setting are even rarer. Romantic comedies that use their science fiction setting to explore enduring themes such as immigration, wealth disparity, and discrimination are the rarest. And this is precisely what director Christopher Winterbauer and screenwriter Max Taxe have achieved with their ambitious film, ‘Moonshot.’

Set in 2049, the story revolves around Walt (Cole Sprouse), an easy-going barista, and Sophie (Lana Condor), a college student who seems to have figured everything out about her life. Walt desperately wants to go to Mars, which has been colonized, while Sophie decides to go to the Red Planet because her boyfriend is there. Circumstances compel them to work together after Walt becomes a stowaway in the same space shuttle that Sophie has boarded. Here is everything you need to know about the ending of ‘Moonshot.’ SPOILERS AHEAD.

In 2049, Mars has been colonized by humans, with billionaire Leon Kovi (Zach Braff), an Elon Musk-esque personality, leading the effort. Walt virtually worships the man and dreams of following in his footsteps and going on adventures. To say that Walt lacks a sense of purpose in his life would be a tad unfair. He desperately wants to go to Mars, so there is that. But he has changed his college major 16 times, and now he has no choice but to graduate. He has previously applied 36 times for a spot in the Kovi Industries Student Mars Program and has been rejected. And now, the time for him to go to the Red Planet is rapidly running out. He is perpetually broke and works as an assistant barista to a robot at a café on his university campus.

In contrast, Sophie has a plan. Her boyfriend, (Mason Gooding), is currently on Mars along with his family. After he returns to Earth and she graduates, they intend to create a plant that can eat garbage, which has become as big of a problem as one can imagine by 2049. She is also financially well-off. Her parents died when she was 14 years old. Calvin’s family subsequently took her in. Since then, they have been her family for all intent and purpose. She and Walt meet during a party at her home, and Walt doesn’t leave a good impression on her. Later that evening, Walt runs into Ginny (Emily Rudd), an astrophysicist major from one of his classes. They start talking, and there is an instant connection between them. The night turns into day, and they share a kiss in front of the rocket meant to take the next batch of students to Mars. Just before she is about to leave, Ginny reveals that she is going to Mars. Apparently, she was undecided, but speaking to Walt has convinced her.

Walt’s 37th application is also rejected. He encounters Sophie again and learns that she looks despondent because Calvin has decided to accept a job on Mars, extending his stay there indefinitely and unraveling their plans. At Walt’s suggestion, Sophie decides to pay for her travel. After all, everyone she knows is on Mars. And she can afford it. Meanwhile, Walt gets through the customs with Sophie’s help and sneaks into the ship, believing that no one has seen him. He finds out how wrong he is later.

It is Sophie who first discovers him and is horrified after realizing that she has become an accomplish of a crime. She helps him hide in plain sight by convincing others that he is Calvin. A tentative bond begins to form between the two of them. But almost every candid moment gets overturned by their radically contrasting personality. But when they do manage to get along, wonderful things happen. They go on a spacewalk together, and despite Sophie’s initial misgivings, she has the time of her life. Ultimately, when they land on Mars, Walt gets arrested, while Sophie reunites with Calvin and his family.

Moonshot Ending: Do Walt and Sophie End Up Together?

Yes, Walt and Sophie end up together, but not before they undergo a process of disillusionment. Ginny drops by, revealing that she became somewhat unnerved after finding out that he has decided to come after her after only one meeting. She also introduces Walt to her boyfriend — the guard who got her into the facility where Walt is kept. As she leaves, Ginny tries to assure Walt he is now with his true love: Mars. What she doesn’t know is that this particular statement isn’t true any longer.

Walt discovers that he wasn’t fooling anyone when he tried to sneak into the ship. Leon Kovi and his staff knew about it, but they concluded that Walt was no threat to the passengers who paid for the trip and let him stay there. Kovi then released the footage on the internet, and it went viral. While the board members of Kovi’s company want him to send Walt back, going against their demand gives Kovi a particular kind of happiness. So, Walt gets to remain on Mars. 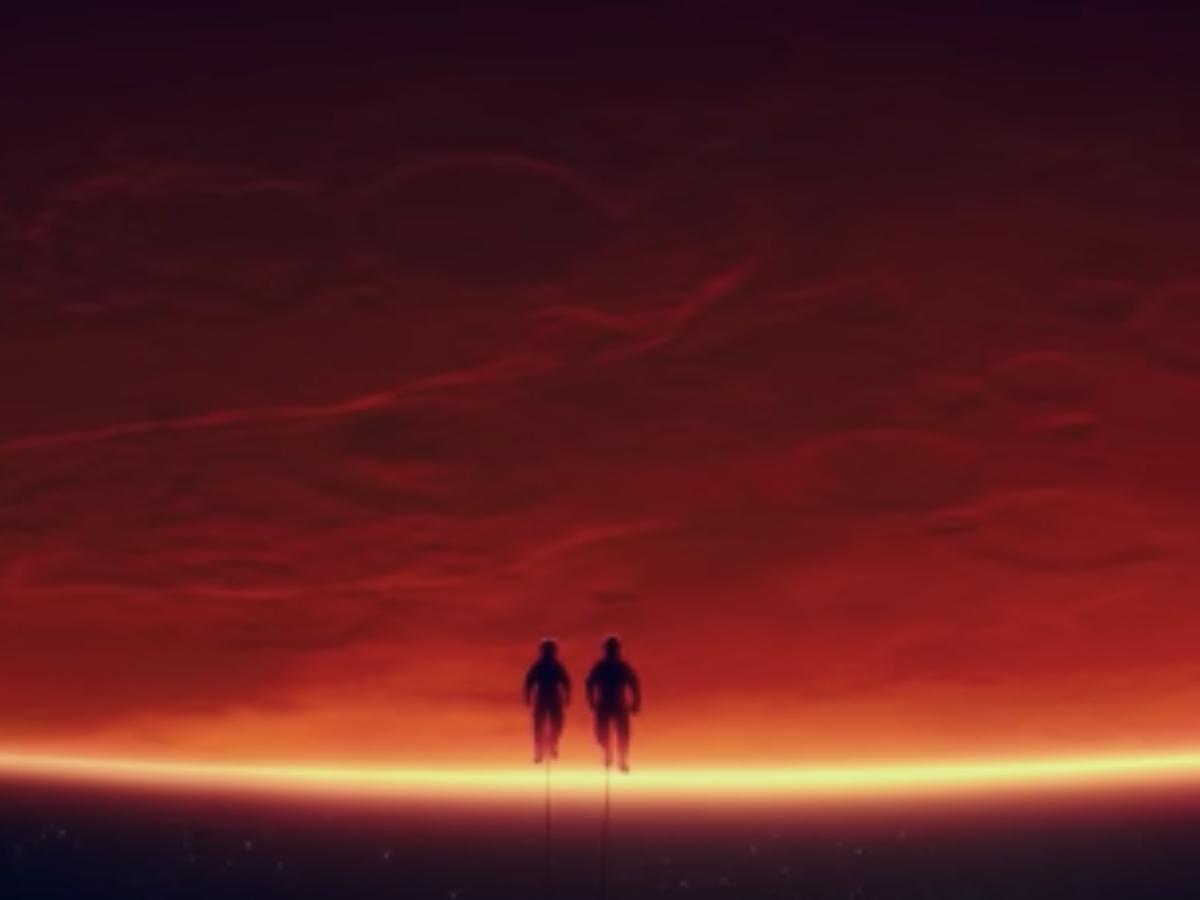 Elsewhere, Sophie begins to find that certain things Walt told her about her and Calvin’s relationship are uncomfortably true. Their plan was to stay on Earth and make it garbage-free. And now she is on Mars, millions of miles away from her aspirations. Moreover, Calvin tells her that he has recommended her for a spot on his team of researchers, without even consulting her. After speaking to Calvin’s mother Jan, who has filled the role of a mother for her since the demise of her parents, Sophie makes her decision and breaks up with Calvin.

For a long time, Mars has been the source of our inspiration, the perfect destination for adventures, the hope for the future, and so on. As Walt tells Ginny, if he were born 600 years earlier, he would have stolen a boat and just sailed away. He was born with the spirit of adventure. For him, Mars represents the answer to all the important questions of life as well as the solution to all his restlessness. But he puts the idea of life on Mars on such a pedestal that it was always meant to fail. He gradually realizes that the desolate planet isn’t really what he hoped it would be.

After Walt declines Kovi’s offer to go to Ceres and learns that Sophie is on the return shuttle to Earth, he decides to go back as well. They unite in the shuttle that takes the garbage back to Earth. Walt tells Sophie he is perfectly happy to follow her. He wins over her with the line that she is his adventure. They share a kiss against the stunning backdrop of the Red Planet.

Read More: Where Was Moonshot Filmed?