Where Is Mountain Men Filmed? 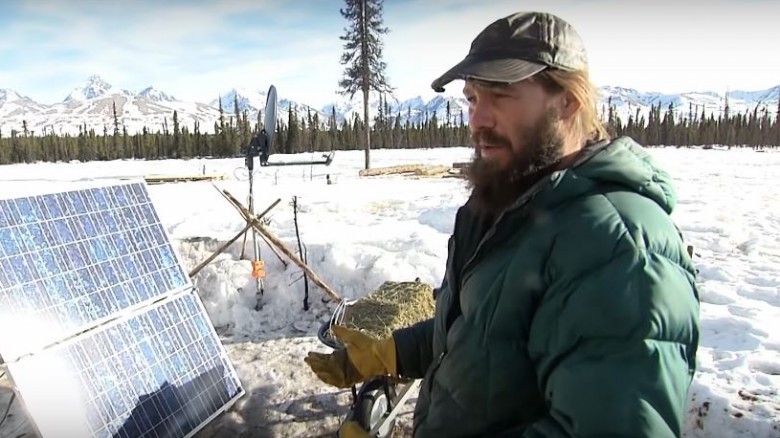 Technology certainly makes lives more comfortable and the world a smaller place. However, it is also responsible for making our lives more stressful. That is the reason some people choose to live a seemingly harsher life, amidst Mother Nature, away from the trappings of modern technology. Various television shows that depict such a lifestyle exist already. One of them is History Channel’s ‘Mountain Men.‘

‘Mountain Men’ is a reality show that revolves around the lives of multiple people who live off the grid permanently (not as some form of a temporary challenge). These people choose to live such a lifestyle, and it appears to be bittersweet to outsiders. While they have to work hard to meet some needs which are readily available, their lives also seem to be more peaceful and generally quieter.

There is Eustace Conoway, who has lived in the mountains for over two decades and even teaches people survival skills. He teaches students the ways and methods of living life in the old way. Then there is Tom Oar, who spends multiple months preparing for the long and harsh winter where he stays. Marty Meierotto faces a similar problem, living in a place where temperatures can drop to sixty degrees below zero!

As mentioned earlier, ‘Mountain Men’ revolves around multiple people who live a life of near-isolation away from the trappings of modern technology amidst lush nature. People who practice such a life are called naturalists. Hence, the show is entirely filmed in places where its “cast members” live. This is the reason the setting plays a rather crucial part in the show. Hence, it is natural for viewers to wonder where the show has been filmed. Theses places often prove to be risky to film in. One of the cameramen also reportedly got gangrene while filming the series.

Tom Oar lives in the state of Montana. Hence, segments involving him are filmed here. To be more precise, he lives in the remote Yaak Valley in Lincoln County. The crew spends about a week in a month, for six months filming at Yaak Valley and gathering footage. Apart from Oar’s cabin, filming is also carried out at the residence of Rich Lewis, another man staying in Montana. Lewis, a mountain lion tracker, stays in Ruby Valley.

@wainbrave this is Tom Oar and his wife. He appears in the Mountain Men TV show (https://t.co/9lrXMgmJJL) and resides (or at least did during the series) in North West Montana near Yaak River. pic.twitter.com/iAQWjpcZZq

How could Alaska miss out on a show about naturalists? Marty Meierotto lives in Two Rivers, Alaska. Hence, scenes involving him are filmed here.

Apart from the above-mentioned locations, filming is also carried out in Cimarron in New Mexico. This is where segments involving Kyle Bell are filmed. Shooting has also been carried out in Teton Valley in Idaho, Ashland, in Maine, and the Ozark Mountains in Arkansas.