5 Movies You Must Watch if You Love Eurovision 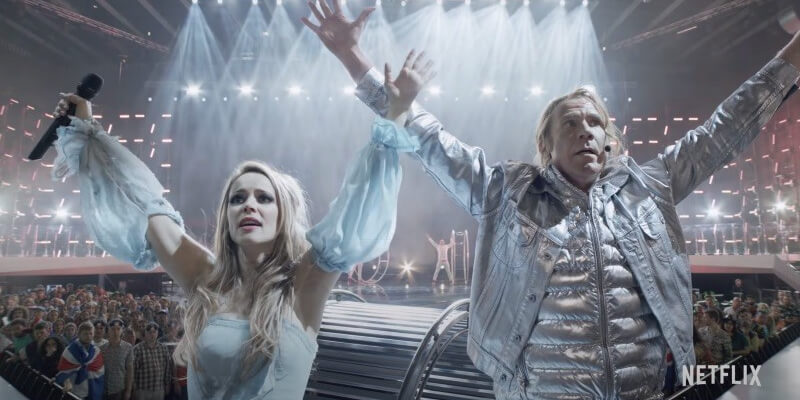 The Eurovision Song Contest is Europe’s annual international song competition, which primarily features the continent’s countries as its participants. ‘Eurovision Song Contest: The Story of Fire Saga’ is a movie, conceptualized as a comedy and based on this iconic event. We meet Lars (Will Ferrell), the son of a single father (Pierce Brosnan), who wants his dad’s approval. As a result, he pairs up with a shy music teacher, Sigrit (Rachel McAdams), to form their band, Fire Saga, to represent Iceland at Eurovision. All this while, the duo had been performing at shady, dingy bars in their small fishing village, with Sigrit falling in love with Lars. She hopes that the contest will help her in getting closer to the man of her dreams.

Full of glitz and glam while showcasing some of the finest music composers, ‘Eurovision’ does manage to re-live the real magic of the eponymous event. If you have already watched it on Netflix (where it was released globally), it’s time to check out some of the best movies like ‘Eurovision’. Most of these films are available on Netflix, Amazon Prime, or Hulu. 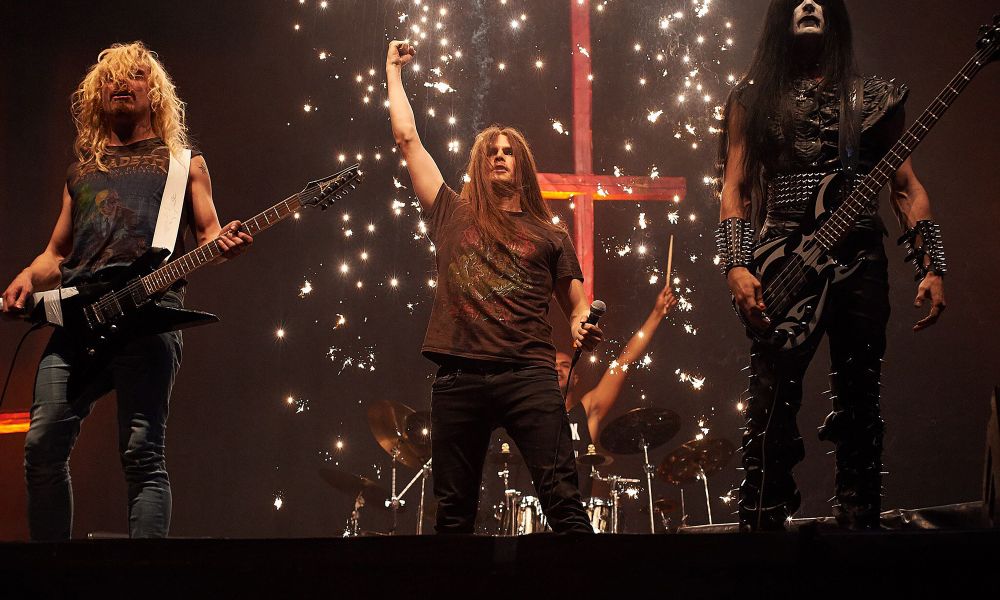 ‘Heavy Trip’ is a Finnish ensemble black-metal comedy that follows the hilarious journey of a band named Impaled Rektum. This crowdpleaser of a flick is set in the small town of Taivalkoski. We meet a wannabe musician named Turo, whose band has not got the chance in 12 years to perform live. But things change when this group of misfits meets the director of a Norwegian metal festival. While Turo is the vocalist, Jynnky is the food-obsessed drummer, Lotvonen is the guitarist, and Pasi is the bassist. Although the music in the film is insanely loud, you don’t need to be a metal fan to love it. You will admire the story just for the dedication that its characters show toward their passion. As Turo says in one of the scenes: “This music is our thing. Other guys can play hockey and drive around chasing pussy. We play metal.” 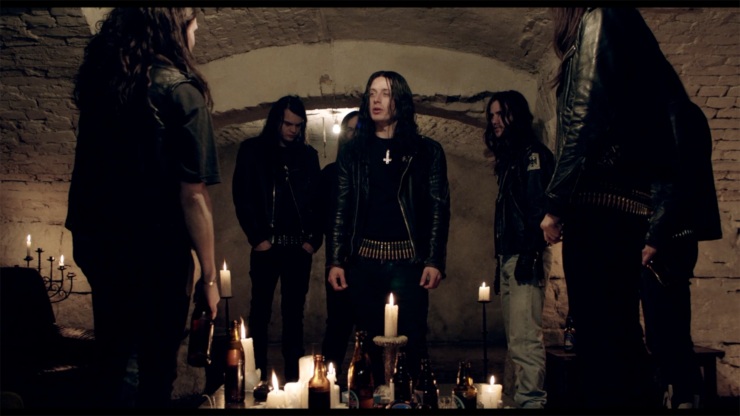 If you want the familiar Scandi vibes from ‘Eurovision’, then another recommendation is ‘Lords of Chaos’. Set in Norway, the film is more of musical historical fiction, directed by Jonas Åkerlund and written by Dennis Magnusson and Åkerlund. It follows the journey of the 1990s Norwegian black metal band Mayhem and explores the music scene during those times. The story is narrated from the perspective of the band’s co-founder Euronymous. 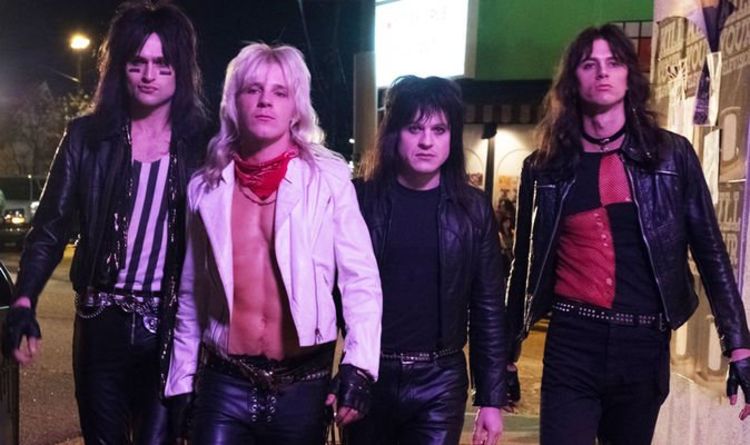 A comedy-drama, conceptualized in the form of a biography, ‘The Dirt’ is directed by Jeff Tremaine and chronicles the inception and rise to fame of the iconic band, Mötley Crüe. Starring Douglas Booth, Colson Baker, Daniel Webber, and Iwan Rheon in its lead roles, the movie fearlessly gives a tribute to the rude debauchery that was the signature trademark of the heavy metal band. The story additionally highlights the lows and tragedies faced by the rock ‘n’ roll bad-boys while leading the lives of their dreams. If you want a nostalgic blast to the past, then you should give ‘The Dirt’ a watch, despite its polarizing reviews from critics. 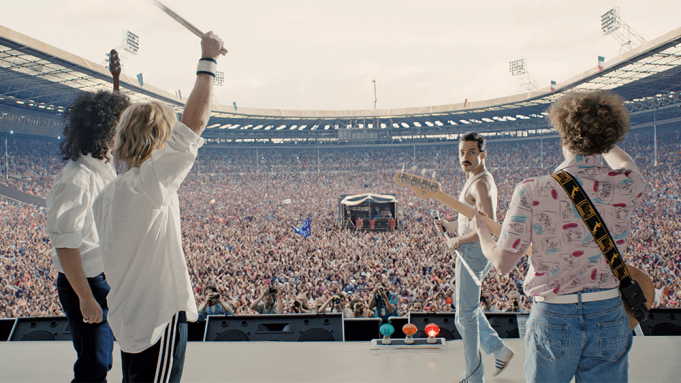 Ranked as one of the super hit flicks from 2018, ‘Bohemian Rhapsody’ pays homage to the legendary rock band Queen’s vocalist Freddie Mercury. Directed by Bryan Singer and starring Rami Malek in the lead role, the movie follows the singer’s life from the band’s formation to their 1985 Live Aid performance at Wembley Stadium. Reminiscent of the glitz and glamor showcased in ‘Eurovision’, ‘Bohemian Rhapsody’ should be a must-watch only for Malek’s spectacular performance and depiction of Mercury’s flamboyant rock-god persona. Loud, heartbreaking, and coupled with heavy dialogues, it is no wonder that the movie bagged four awards at the 91st Academy Awards. 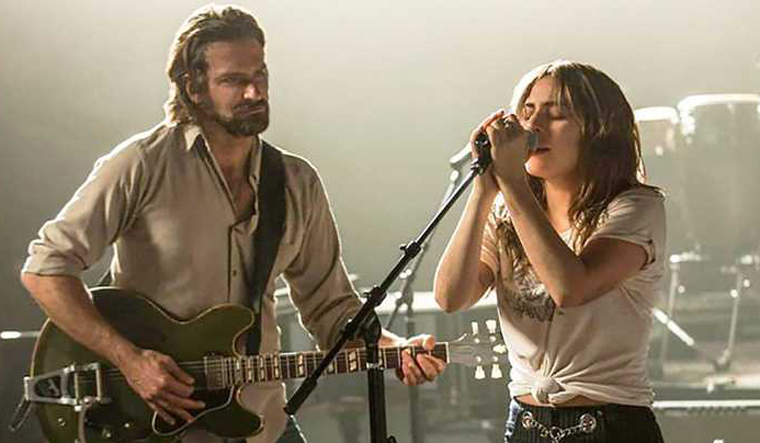 If you loved the musical compositions in ‘Eurovision’, then ‘A Star is Born’ should definitely be in your watch-list. Directed by Bradley Cooper, who also stars in the lead role, alongside Lady Gaga, it is a remake of the 1937-released eponymous movie. The story follows an alcoholic musician who comes across a rising talent and eventually falls in love with her. With a star-studded cast, seamless direction, and a heartbreaking love story, ‘A Star is Born’ is a beautiful rendition of the timeless classic. Ranked as one of the top 10 films of 2018, it also won the Best Picture and the Best Original Song (Shallow) at the 91st Academy Awards.

Read More: Best Movies Like A Star is Born