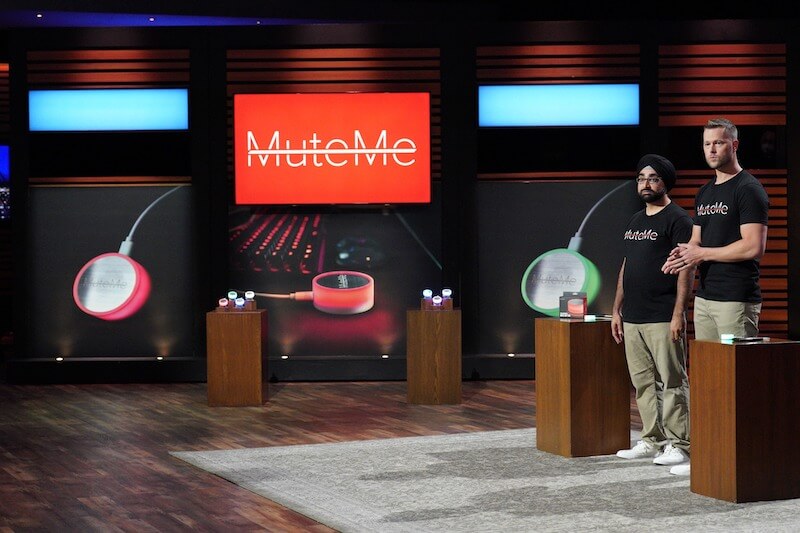 Since the Covid-19 pandemic struck in early 2020, everything from school to work has been remote. Albeit, the fact of the matter now is that despite the world slowly opening up again, many individuals want to continue with this pattern. The only aspect that bothers everyone here is those mortifying moments of background noises or interruptions (sometimes produced by oneself) when in virtual meetings and not on mute. To help with this, as seen on ABC’s ‘Shark Tank’ season 13 episode 2, is Parm Dhoot and Tye Davis’ MuteMe. So, here’s what we know about it!

MuteMe: Who Are They and What Do They Do?

Co-founders Parm Dhoot (CEO) and Tye Davis (CFO) featured on the ABC series to represent their company, yet it has been established through the work of five people — all in relationships with children under 4. The others are Handeep Dhoot (COO), Brittany Davis (CMO), and Pavan Purewal (The Lead Software Engineer). While Parm and Pavan have a Bachelor’s degree in Business Administration and Computer Science, respectively, the Davis’ each have a degree in Mass Communication and Media Studies. Handeep, on the other hand, is an author with a Ph.D. in Chemistry.

Together, they make a mind-blowing team, which is why MuteMe came to life in a short time. After all, the purpose and conceptualization sparked in August 2020, leading to the final hardware prototype the following month and the software prototype in October. By December, they’d applied for a tech patent (still pending) before launching a Kickstarter campaign. In the ensuing time, with that and other means of crowdfunding, MuteMe raised nearly $444,000 overall.

That’s when they launched their e-commerce site, finalized manufacturing and packaging, and established quality control methods. From there, they mass-produced their pre-orders to start shipping nationwide in May 2021. In less than a year, MuteMe was a go. Coming to how it works, MuteMe is a peripheral device, a spherical button, that allows you to turn your mic on or off during a virtual meeting with just a touch. It also lets others know that you’re muting yourself.

All you have to do is connect the device to your desktop/laptop and install its app. Since MuteMe works with macOS, Windows, and Linux operating systems, it’s perfect for almost everyone. Moreover, it is compatible with every virtual conferencing program. The hardware device also radiates a green light to indicate “on” and red for “off,” meaning that it is practically impossible for you to mistake it.

MuteMe: Where Are They Now?

MuteMe is made from long-lasting polycarbonate and stainless steel, with a rubber base to keep it from slipping, giving it a pretty modern and sleek look. The fact that the button is compact and the application takes minimal disk space is an additional plus. As if that wasn’t enough, if you’re not content with the base colors or are colorblind, you have a total of 8 options that you can program and use.

In other words, the simple device built to offer an easier way to multitask or avoid embarrassment while on a conference has thought of everything despite coming into the market just this year. The best part, though, is that it only costs $39. You can even get a discount if you place a bulk order (25 or more) with custom engraved steel plates on top. MuteMe is currently available in Staples stores all across the nation and its official website.