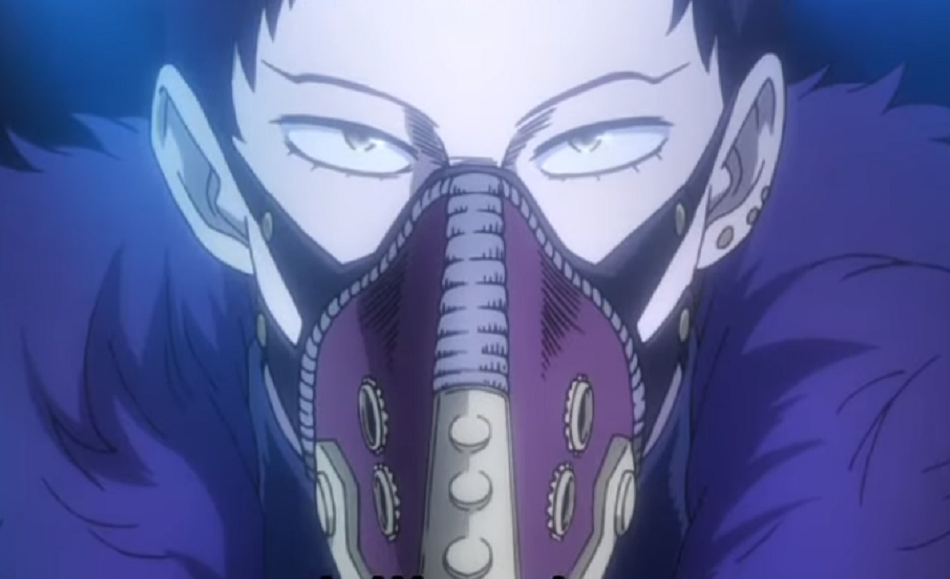 The first episode of ‘My Hero Academia’ was nothing but a mere recap; a bloody good one though. Most anime have bland recaps that only try to fill in the gaps between two of their story arcs but ‘My Hero Academia’ has always been known for its catch-up episodes that avoid unnecessary fluff and instead, give you a light-hearted break as a viewer. After reintroducing us to class 1-A, the episode gave the great All Might a much-needed tribute and also portrayed how all the responsibility now rests on Midoriya’s shoulders.

Episode 2 sets into motion with its pleasant pop-rock OP (Polaris by BLUE ENCOUNT) and sets the perfect tone for what lies ahead. For the most part, ‘My Hero Academia‘ has always restrained from killing its characters and because of this, several fans have raised their concerns on how it is seemingly treading the same path as ‘Fairy Tail‘. Well, it looks like the creators of the anime have been listening to these as its previously strained relationship with deaths is now starting to change.

In one of the previous arcs, all the heroes of the U.A worked under the shadow of real superheroes to get better exposure to the real world. Season 4 Episode 2 instates the same notion with “Work-Study” which is basically a more serious version of the internships. Midoriya calls up a superhero agency just to ask them about prospects for a potential work-study. This is when one of the heroes working at the agency asks him to get in touch with All Might who could help him land an internship under his former sidekick—Night Eye.

Meanwhile, the highly anticipated Overhaul is introduced. He is the young leader of a Yakuza organization called Shie Hassaikai and his character has previously been foreshadowed in one of the arcs. Overhaul confronts the League of Villains and tells them that they need a new leader. He claims that Shigaraki—the current head of The League of Villians—has ambition and also has the skills to achieve greatness, but he lacks the plan and direction to reach his goals. He calls him delusional and offers to be their new leader. This, for obvious reasons, infuriates all the members of The League of Heroes and one of them even tries to attack Overhaul. Using his quirk of disassembling his opponents, with a mere flick of his fingers, Overhaul brutally annihilates his opponent and creates a gory mess everywhere.

Two other members of The League of Villians try to charge at him but he easily brings them down with his incredibly powerful quirk. Overhaul proves that none of them can match his abilities and slowly descends out of the room while he asks them to calm down and think about his proposition. Shigaraki gets extremely enraged by this and avows that Overhaul will have to pay for all of this. Meanwhile, back at the academy, Togata is called to the principal’s office. Since Togata has been working under Night Eye since the past one year, All Might asks him to introduce Midoriya to him. Togata, who has always been an upbeat cheerful young man, unanimously agrees and promises him that he will arrange a meeting.

This is when All Might starts to reminisce about the time when he had once considered Togata as his superhero descendant instead of Midoriya. Togata, in a lot of ways, is the perfect encapsulation of what All Might expects from a hero as he only focuses on his strengths and manages to smile in the face of danger. In the final moments of the episode, Midoriya, with high hopes and aspirations, visits Night Eye’s agency. Togata informs him that Night Eye really appreciates a good sense of humor and to impress him, Midoriya will have to make him laugh. As soon as Midoriya enters his office, he pulls off a perfect metamorphosis of All Might’s face to make Night Eye laugh. But Night Eye seemingly gets offended by the fact that Midoriya is trying to ridicule All Might. Will Midoriya make Night Eye laugh with his hilarious gimmick or will he be thrown out of his office; that’s something we’ll find out in the next episode.

Episode 1 gave a wholesome refreshing start to the entire season but episode 2 brings in something that you’ve never seen before in ‘My Hero Academia’. For those few moments, when a brutal battle ensues between Overhaul and The League of Villians, it almost feels like you’re watching ‘Psycho-Pass’. My biggest issue with ‘My Hero Academia’ has been its lack of villains deaths, especially in the Hero Aca. But Season 4 completely defies its old irenic approach and brings in some snazzy gory fight scenes to mark the inception of Overhaul’s arc. Since the season is already so ruthless with its fights and deaths of characters, we can expect something even more disturbing later on.

With Overhaul’s name echoing in the back of our heads, Episode 2 eventually lightens up its tone by involving some good old mindless gimmicks that revolve around Midoriya. Meanwhile, it also looks like Deku is starting to mature when it comes to his whole notion of becoming a superhero. Instead of being a mere superhero who “wants to save everyone with a smile on his face”, he now expresses his desire to be a lot more than that and even claims that he wants to be the strongest of all. Though a little delusional, Midoriya seems to be heading in the right direction. Along with all of this, the background scores are again just amazing and not to mention, the Overhaul OST from season 3 has returned and this time, it holds a lot of weight because of the emphasis on Overhaul’s character in this arc.

Finally, the best part of this episode was indeed its fight scene where Overhaul easily overpowers Mange, Compress and all the others. As much as we loved All For One as a villain, it seems like Overhaul is eventually going to steal the show and might as well become one of the most badass anime villains of all time. With the looming threat of a new barbaric antagonist, we sure do have a lot to look forward to in this season.