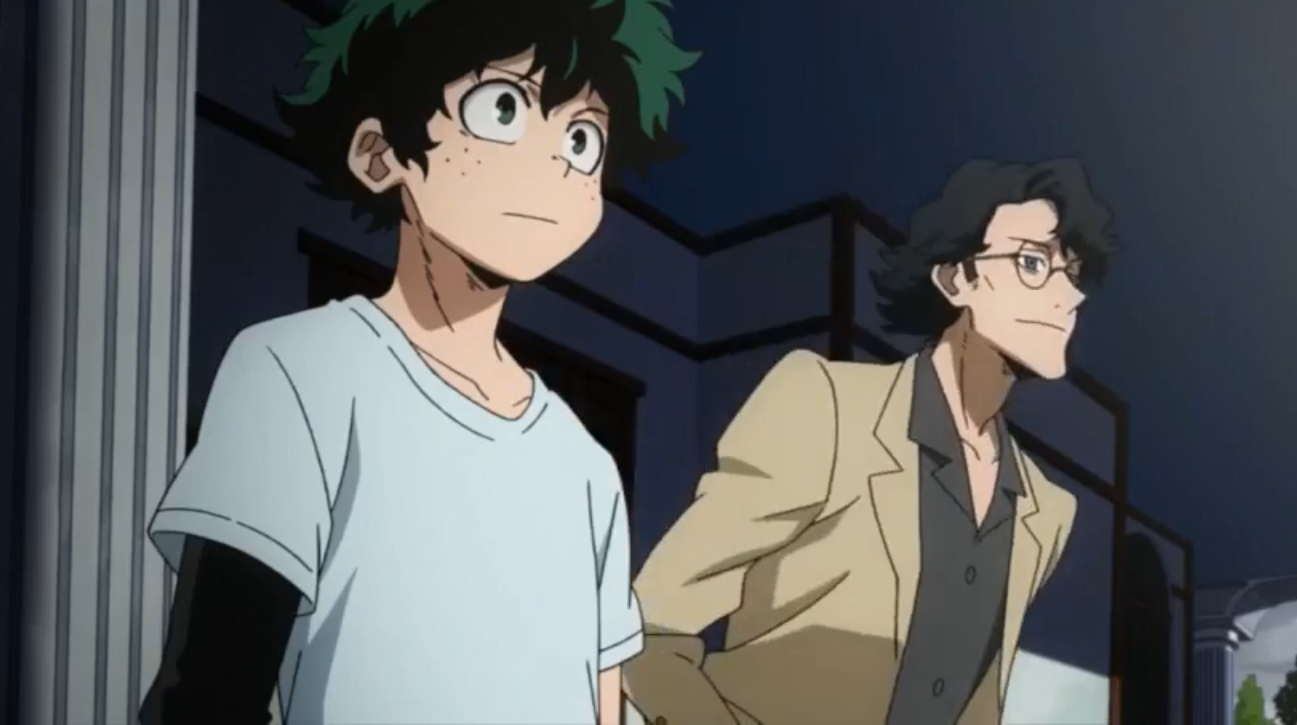 ‘My Hero Academia‘, or ‘Boku no Hero Academia’, is arguably one of the most hyped anime sequels of the year and so far, with each of its seasons, it has proven to be one of the best creations of the renowned Studio Bones. After an incredible season 1 and an even better season 2, fans were starting to get a little skeptical of the anime’s growing legacy. But season 3 removed all of these doubts and proved that ‘Boku no Hero Academia‘ is easily a modern shounen classic that has earned its place with others epic anime like ‘Mob Psycho 100‘ and ‘Gurren Lagann‘. If you’ve been watching this show since season 1, you’ve probably gone through a myriad of emotions where the series makes you laugh with its characters, makes you cry with is pure heartfelt moments and most of all, it gets you all fired up with its impeccable action scenes.

Superhero stories are populating the entertainment industry these days and after the immense success of the Marvel Cinematic Universe, the competition to break into this genre is also constantly growing. But what makes ‘My Hero Academia’ so special is its bonkers creativity with all of its characters and their “quirks”(synonymous to “superpowers”). Speaking of the characters, the first three seasons mainly focused on the overpowered superhero, All Might, and his journey towards helping his superhero descendant, Izuku Midoriya, who is also the main protagonist. But with Season 4, the anime now discovers a whole new arc where the presence of “All Might” will drastically diminish and of course, it’s now time for Midoriya to shine.

Season 3 had hinted that All Might was rapidly losing all of his powers and would eventually be forced to retire. As viewers, most of us had already assumed that he was too weak to fight again, but eventually, he did return to face his archenemy—All For One. Somewhere around the end of season 3, an intense battle ensued between the two extremely overpowered characters and with the help of some of his students at the U.A, All Might was able to defeat All For One. In the closing scene, All Might realizes that it’s time for him to give up as a superhero and raises a shaky finger towards Midoriya, implying that he is going to be the next savior of the world.

Episode 1 of Season 4 features a typical news agency where some reporters obsess over All Might’s recent battle with All For One. Now Midoriya’s true identity has always been kept a secret from the outside world, so the reporters have no idea why all Might points in a certain direction after winning his battle. All they have is a video of the whole battle which does not clearly reveal what happened right after it. This is when Tokuda, a very talented reporter, deduces his own explanation of how All Might was probably pointing towards his superhero descendant. He then takes it upon himself to find out the true identity of the next “All Might”.

This brings us back to the Academy where all the students of class 1-A are introduced one by one with their respective quirks. Meanwhile, Tokuda visits the school claiming that he only wants to know more about the hostel life of all the superhero prodigies. The rest of the episode is all about Tokuda eventually concluding that Midorya is going to be the next potential “protector of their world”. The final scenes also have a plot twist where Tokuda turns out to be somewhat of a superhero himself and possesses the quirk of clicking pictures through lenses that pop out from all the different parts of his body. He assures Melodiya that he will not reveal his identity to anyone and peacefully walks away with the satisfaction of knowing that there is still hope in a world where All Might no longer exists.

Since Studio Bones has again produced this season, the animation quality and style have not changed much and even for the rest of the episodes, we can expect it to be the same. The opening theme is much better than the previous one and one of its visuals suggest that this season will further explore the relationship between Midioriya and Uraraka. So that’s something we call all look forward to.  Voice acting is again top-notch and the background scores are better than ever. Episode 1 not only serves as a recap but is also more or less of tribute to the great All Might. All Might’s story never really received an official conclusion in the previous season, so it’s pleasant to see him fade away so subtly.

Despite being a little lethargic with its no-action recap approach, the first episode perfectly encapsulates the significance of All Might’s character and also shows how everything completely rests on Midoriya’s shoulders now. It subtly uses a secondary character to portray how Midoriya is now ready to replace All Might. The episode takes you back to several significant moments of Midoriya’s life where he selflessly displayed his strong sense of justice. It also brings in a back story that encapsulates the impact of All Might on the world around him and how everyone still looks up to him as true superhero, even though he is not as strong as he used to be. In the final moments, you can see Midoriya coming in terms with what is expected from him now and parallelly, All Might slowly walks off into the sunset. As a viewer, you shed a tear or two and you’re reminded of why you started watching this anime in the first place.