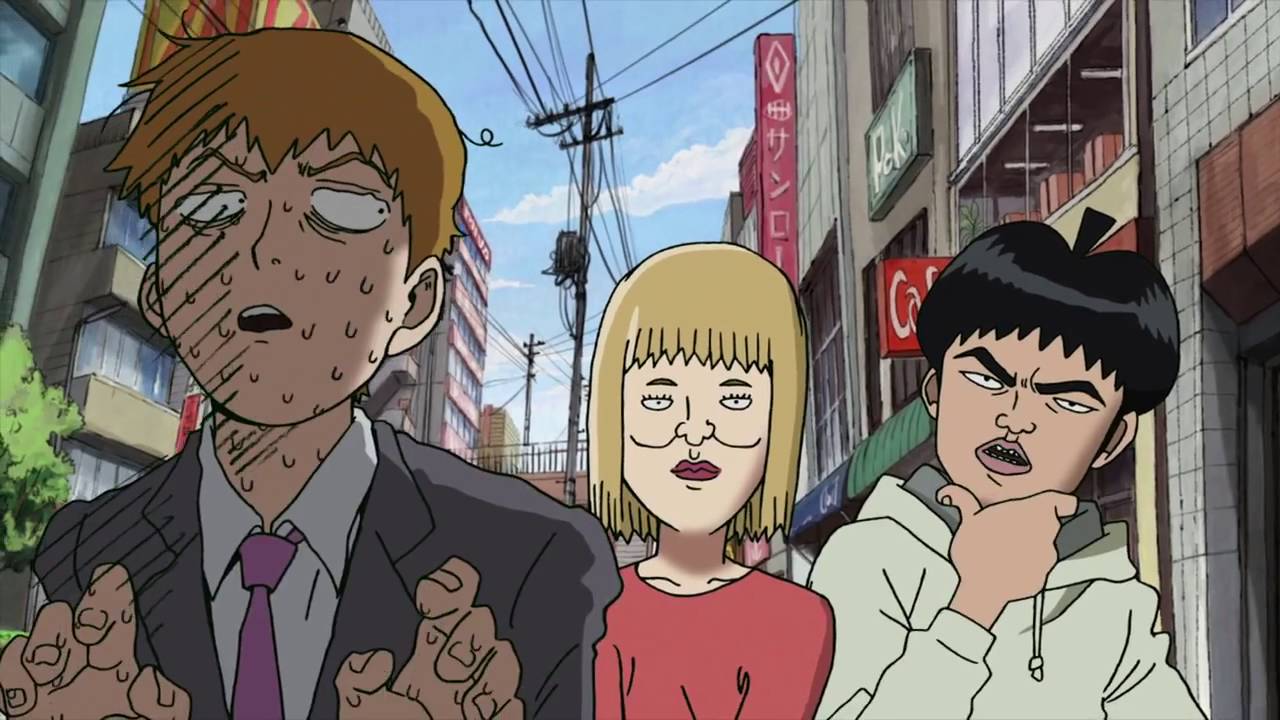 What truly makes an anime great? Is it its ability to dive deep into philosophical topics that are unknown to most people? Or is it its ability to come out with something that is extremely revolutionary and unique in such a way that people just unanimously agree that it’s the best? ‘Mob Psycho 100’ has a very different answer to these questions. Though it presents common themes like identity and camaraderie, the way it combines them into a story is truly phenomenal. It pretty much proves that in order to be great, being unique is not always a necessity.

Since it comes from the creator of ‘One Punch Man‘, which again is one of the most hyped anime of this decade, all the excitement behind this one seemed legitimate. But the fact that ‘One Punch Man’ Season 2 was more of disappointment had me all worried about the future of ‘Mob Psycho 100’ as well. Little did I know that a new season would completely blow my mind despite all the expectations that I had from it. It’s crazy how even after being one of the most talked about sequels after ‘My Hero Academia‘, this one somehow manages to go above and beyond its call of duty.

The story of ‘Mob Psycho 100’ Season 2 is truly phenomenal and even then, the main focus of the anime kind of drifts away from its plot and focuses more on its characters. Other aspects of the show like its animation, direction, humor, and pacing are all just equally great but it’s the characters of the anime that make it one of the top-rated shows out there. Every single character is well-rounded and is designed in such a way that his/her personality reflects a sense of real human values and emotions. Both season 1 and 2 have a short span of 12 and 13 episodes respectively, but it amazes me how despite having a huge cast, the show easily manages to portray its characters in the best and the most relatable way. The relationships between all of them feel so real that it is impossible not to cry during certain moments of the show.

The world of anime is an ever-growing landscape where, more often than not, even the best shows seem to have no soul. But ‘Mob Psycho 100’ is certainly an exception to this and that is exactly the reason why it has made its way to the top. In its initial moments, more than anything else, season 2 is visually captivating in the best possible way with its representation of glaring fight scenes that burst into all different bright colors on the palette, leaving you amused every single second.

The art style itself glues you to your seat and forces you to simply enjoy its immersive fluidity without blinking even once. The first season’s success solely relies on this aspect of the show but who knew that the anime had a lot more to offer? Season 1 was great and it was able to receive an above average rating with ease but still, one could feel that it lacked a certain something. But after watching Season 2, it becomes clear that though season one had a lot of creative efforts put into it, it lacked “heart”. ‘Mob Psycho 100 II’ simply has both — high-quality production and a whole lot of heart. And these are enough to win over an anime fan.

‘Mob Psycho 100’ centers around a character named Shigeo Kageyama, also known as “Mob”. At a very young age, Shigeo had learnt that he possessed psychic abilities and could bend spoons and other inanimate objects with ease. But as he grows older, he realizes that displaying his powers in public just makes him the target of attention which never really leads to anything good. Soon, even the true potential of these abilities come into the picture and he is forced to find a way to control his powers by manipulating his emotions. Everything seems to be just fine for him and his abilities seem to be completely under his control until he starts falling for a girl named Tsubomi, who is his classmate.

Like every other teenager, Shigeo’s life starts revolving around impressing his crush and for obvious reasons, he uses his psychic abilities to do so. But soon, Tsubomi gets tired of his so-called “party tricks”. Meanwhile, his powers get the attention of a con artist named Reigen, who promises him that he will teach him how to master his gift. But there’s a lot more to Reigen than what meets the eye and he starts to show his true colors. He selfishly uses Shigeo’s abilities to his own advantage and earns a lot of money along the way. Shigeo, who once lived the life of an ordinary teen, now spends most of his time doing bizarre jobs, such as performing exorcisms on evil spirits.

But even after putting his powers to test every single single day, Shigeo is far from reaching his true potential and little does he know that what he possesses can even have disastrous consequences if he lets go off all of his emotions that are still holding him back. But his life later witnesses a series of unfortunate events that push him to an absolute brink of his rage and emotions. And as he slowly progresses to a point where he might explode with all the energy that is trapped in him, the further he gets away from being abatable.

On paper, the story seems pretty simple as it revolves around a teenager who is trying to make sense out of his supernatural abilities. But the complexity in it comes from all the scenarios in which Mob uses his abilities and the extent to which he goes to do that. It’s quite interesting to see all the things that force him to use his powers — bullying and social pressure are a couple of them. In the entire story, it is never suggested that Mob is a hero of any kind with unrealistic morals and values. From the beginning itself, it becomes really hard to predict if Mob’s character will flesh out into something positive or not and this itself is enough to keep you at the edge of your seat.

The characters are indeed the heart of the show. On the outside, they might look like your ordinary shounen archetypes, but as the show progresses, you understand their distinctive personality traits. Mob slowly transforms from being this typical socially acceptable teen to being completely socially awkward later and his intentions are ever changing. With its perfect pacing, the anime makes sure that none of the character development is rushed and surprisingly, for an anime that only has 13 episodes, even the supporting characters feel genuine.

Reigen is obviously not the main protagonist of the show but he still receives a whole arc of his own. He is also presented more as an antagonist in the beginning who just tries to use Mob for his own advantage. But later, he develops into a completely different role. As Mob says, Reigen is genuinely a good guy. Almost all the characters have just been meticulously crafted with the utmost care and that’s the reason why most of them are memorable. The only flaw with this aspect of the anime is that the villains are a little undeveloped. But this again does not really matter as the anime has more of a slice-of-life story and rarely comes off as shounen.

Studio Bones have been known for producing some of the best anime shows like ‘Noragami‘ and ‘Fullmetal Alchemist: Brotherhood‘. It certainly lives up to its reputation with ‘Mob Psycho 100 III’ as well. The facial expressions and body languages of the characters portray exactly what they’re feeling and there is a whole lot of visual storytelling going on all the time. All of this is complemented with some breathtaking visuals and most of all, the fight scenes, which are just phenomenal. The music perfectly fits every single scene, especially the background scores played during emotional scenes that will make the “feels” hit you hard.

Overall, ‘Mob Psycho 100 II’ is a pure piece of entertainment that has action, creativity and a lot of style to it. It is probably the best character-driven narrative that has come out in recent years and pretty much anyone can fall in love with it for what it offers. I don’t usually do this, but ‘Mob Psycho 100 II’ undoubtedly deserves a 10 on the rating scale because it’s just an incredibly brilliant piece of entertainment.

The English Dub of ‘Mob Psycho 100 II’ is available on Funimation.