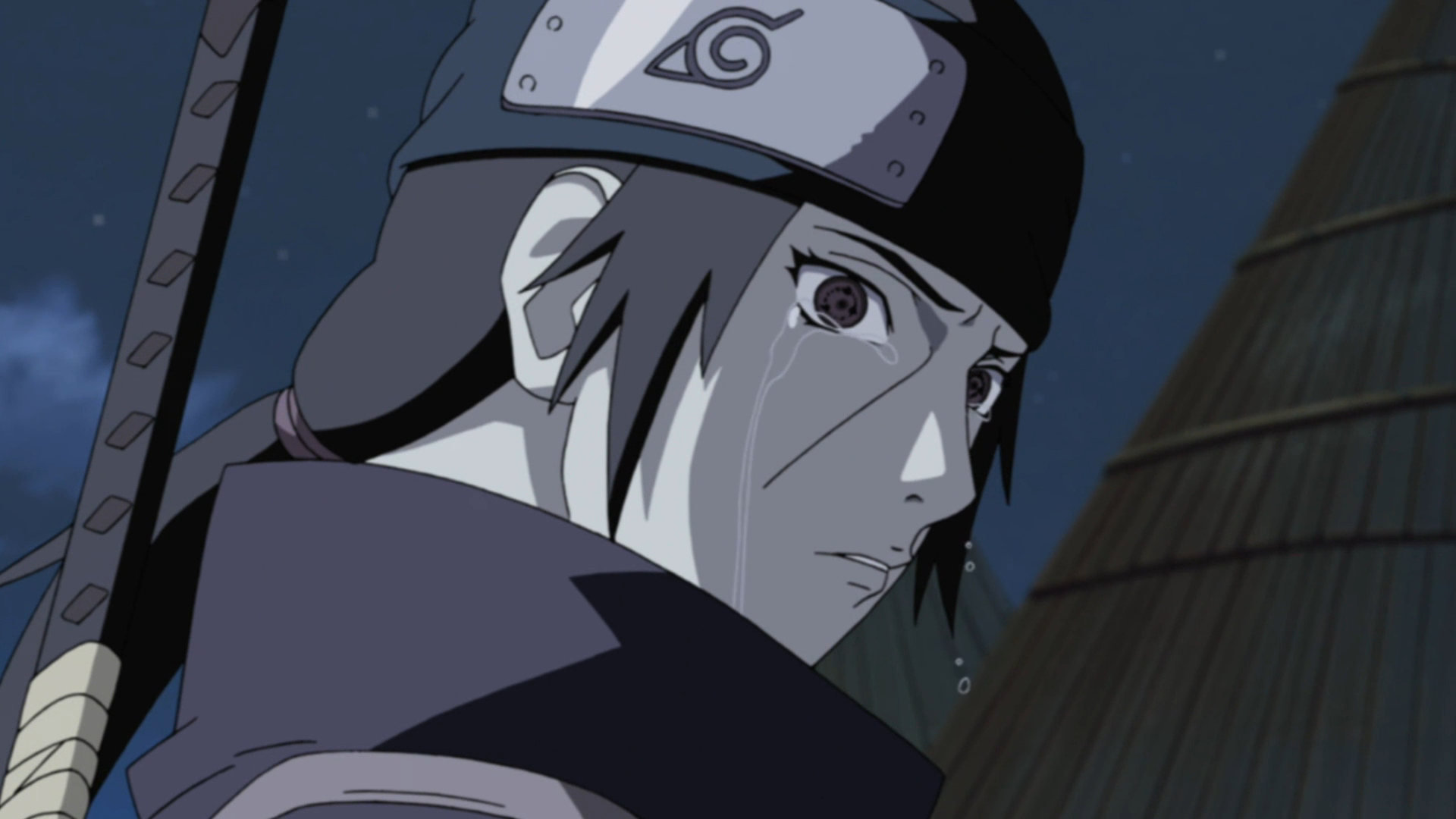 If you have been an anime fan for a while, you’ve probably noticed that some of the greatest shows like ‘Angel Beats!‘ and ‘Fullmetal Alchemist‘ have had “death” as one of their major themes. It’s almost like the creators of anime are always looking for new ways to surprise the viewers with the most unusual and unpredictable deaths. While some shows like ‘Gantz‘, ‘Attack on Titan‘ and even ‘Fate/Zero‘ ruthlessly kill even the most prominent characters, there are others like ‘Clannad‘ and ‘Death Note‘ that slowly make you fall in love with a character only to eventually take him/her away from you. It can be extremely heartbreaking to watch your favorite characters die but what’s even more depressing is when you have to sit through a whole somber funeral. I still get chills every single time I think about the scene in ‘Fullmetal Alchemist‘ where Maes Hughes’s casket is slowly lowered down and his little girl just stands there wondering what’s going on.

Anime deaths are not only responsible for changing the direction of the story or evoking certain emotions in the minds of the viewers but also, more often than not, these sad but significant moments open our eyes to the importance of our real-life relationships. It’s these moments that make us realize that we must learn to cherish and care for all of our relationships because we may not always get the chance to say our last goodbyes.

From all the anime you’ve seen, you’ve probably learnt a lot more than a lesson or two about life and of course, death. So we decided to make a list of all devastating anime deaths that probably made you bawl your eyes out and left a mark on you long after the show was over. These deaths have not been ranked in any particular order since they are all pretty traumatic and impactful. Also, for obvious reasons, this article contains a lot of potential spoilers, so just try to avoid reading about the ones you haven’t seen yet. With all that said, here’s the list of the saddest anime deaths of all time: 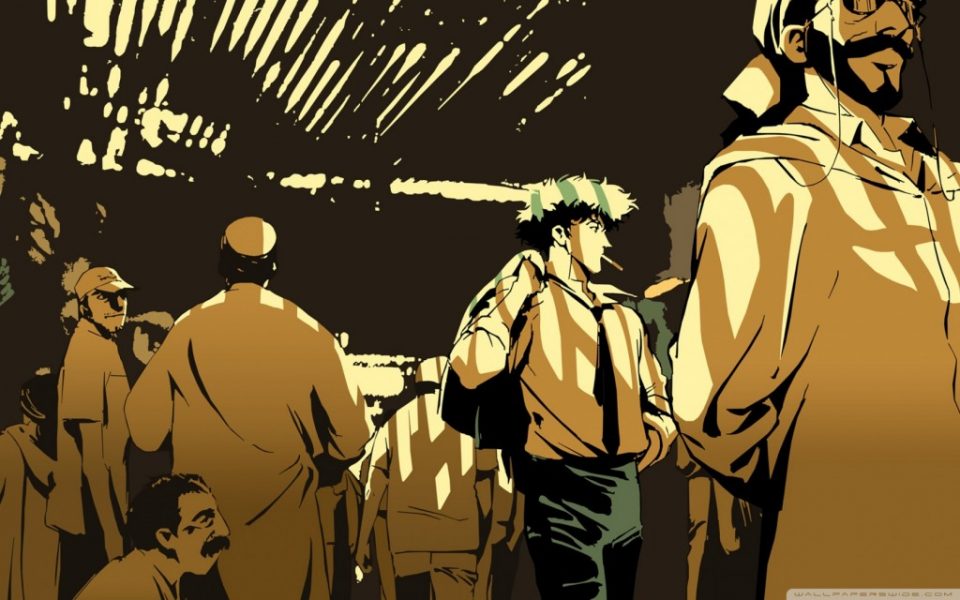 Even after all these years, ‘Cowboy Bebop‘ still holds its place as one of the best gateway anime ever made. One major reason why the show has been so memorable is because of the depth of its characters, especially the protagonist – Spike Speigel. Shinichiro Watanabe claimed in an interview that he is not sure if Spike dies at the end of the series or not. So clearly, he has left it open for the fans to believe what they want to believe. According to some viewers, he probably collapses to the floor because of exhaustion and is still alive but for me personally, he is dead.

After following Spike for 26 episodes, one cannot help but fall in love with Spike’s character and it is indeed heartbreaking to watch a badass hero fall like that. But it is this sad ending that makes this show even more satisfying to watch. The scene where he limps down the stairs and ends everything with a “Bang” is just extremely striking. When he hits the floor, you can literally feel the weight of all of it in your stomach. As much as I would love to believe that he is still alive, the ending just seems to be more significant with him dying as a hero. See you, Space Cowboy! 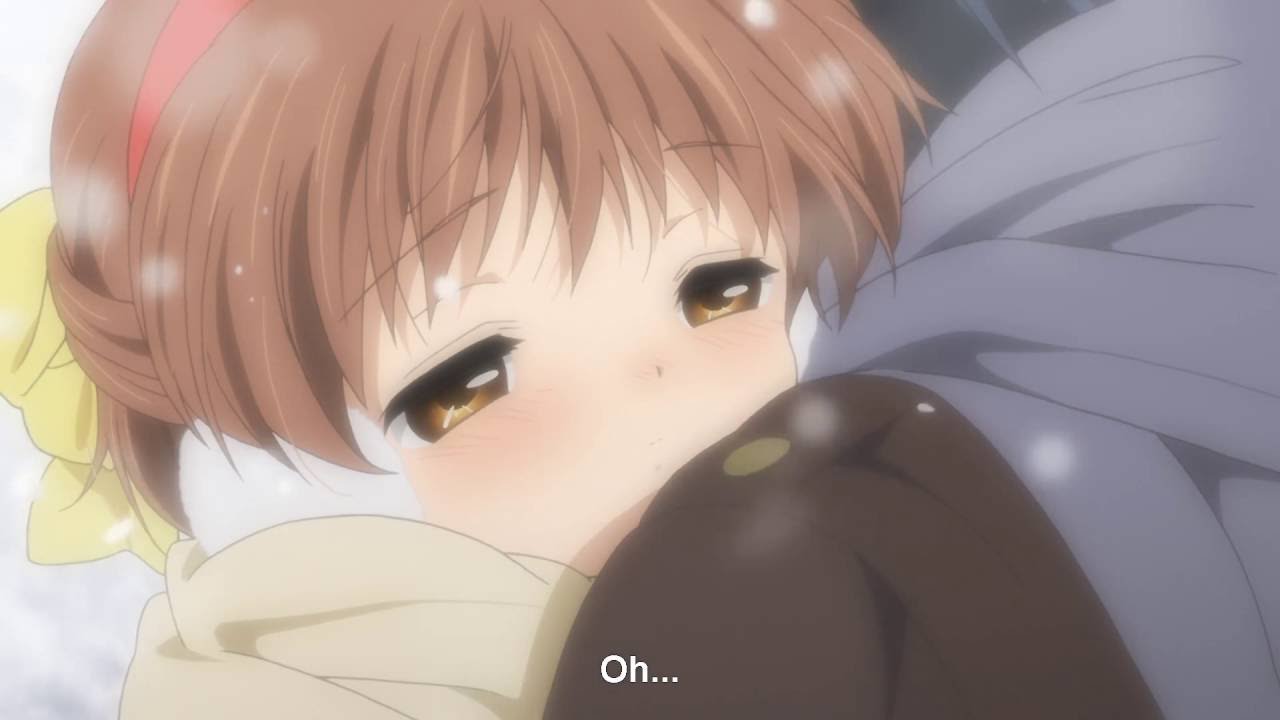 “Places that I can cry are in a toilet, or in daddy’s arms.” -Ushio Okazaki

Initially, ‘Clannad‘ seemed to be quite a cheerful slice of life show that promises a happy ending. But everything slowly falls apart later and what started off as a promise to be something buoyant, soon takes a very depressing turn. Nagisa’s death is indeed quite significant and many fans were left devastated after it. But in one way or the other, we were all prepared to watch her die because her health had been slowly declining with each episode. We knew that she would not be able to withstand the pain of childbirth anyway.

Soon after this, as Tomoya starts raising little Ushio, everything seems to be normal for a while and a new ray of hope shines upon the lives of the characters. But this happiness is short-lived when Tomoya discovers that his daughter suffers from the disease that killed his wife. As a viewer, you somehow try to convince yourself that she will eventually be healed and everything will turn out to be just fine. The harsh reality of things hits you only when Tomoya takes her out for the last time and with each step they take, they get slower and slower. She finally collapses in her father’s arms and drifts away into a deep sleep with the last words, “I love you, Papa”. 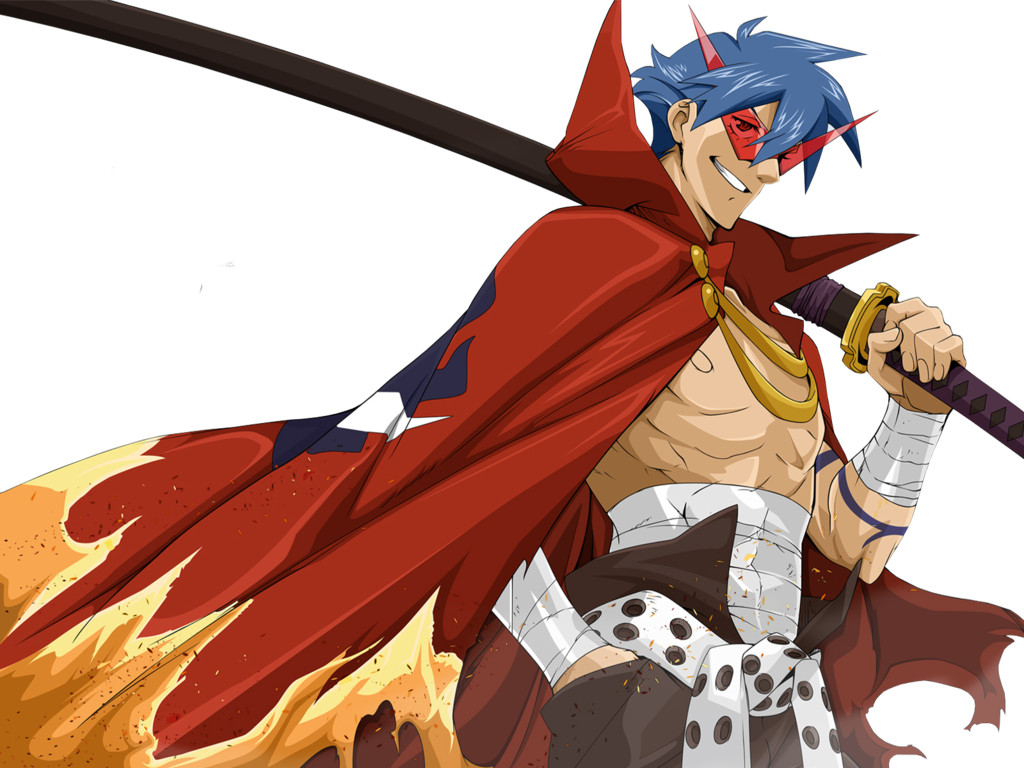 “God gave us eyes at the front of our heads so we can look forward to the future.” -Kamina

Kamina is one of the main characters of ‘Gurren Lagann‘ and that’s one big reason why when he keeps battling the enemy fleet even after sustaining many injuries, we somehow believe that he will survive. But even after all the promises that he had made of eternal love and happiness to Yoko, Kamina unexpectedly dies and completely changes the whole atmosphere of the anime. This one hits hard because as a viewer, you have no clue that the creators of this show would be bold enough to take away such a prominent character. What’s even more heartbreaking is to watch all other characters grieve his death. It truly is a devastating moment. 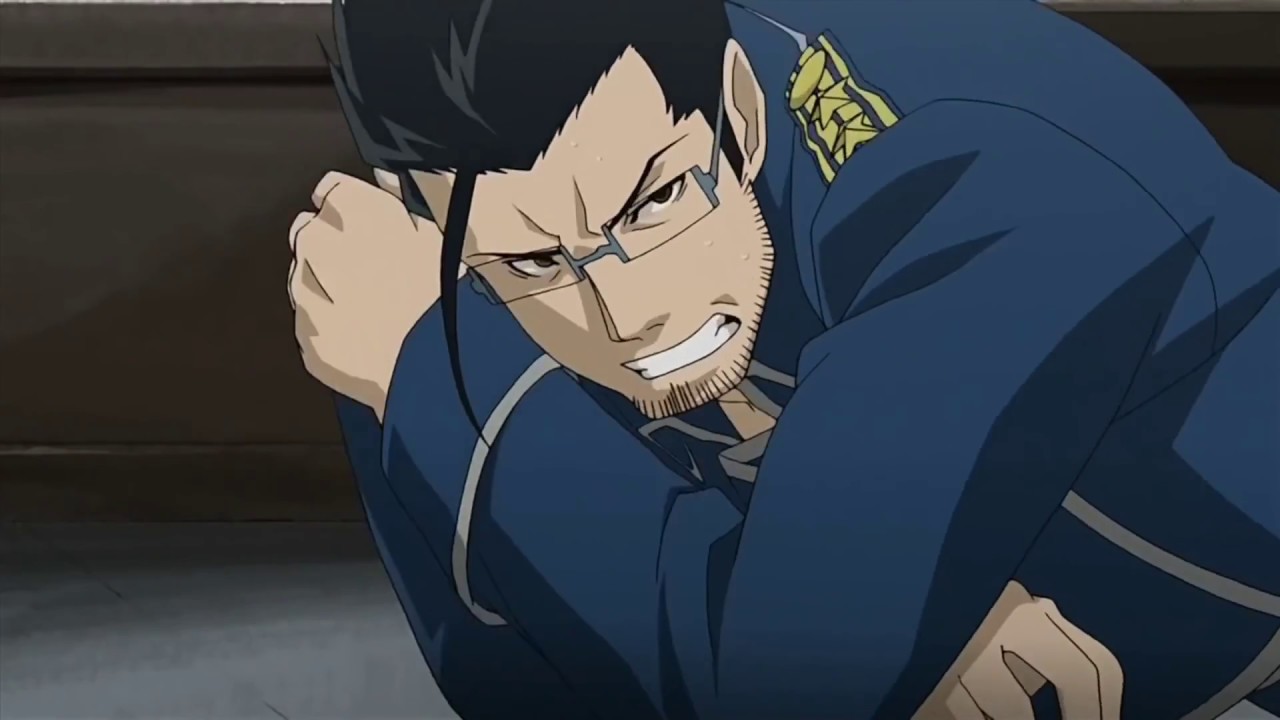 “Never miss a chance to say ‘I Love You’ because you never know when it might be time for you to leave.” -Maes Hughes

Maes Hughes is more of a supporting character in ‘Fullmetal Alchemist‘ but his death is very upsetting and it leaves you with a horrid taste in your mouth. A lot of it has to do with how much of a loving father and husband he always was and how he treated everyone around with a lot of hospitality and kindness. As he digs deeper and deeper into the homunculi investigation, Envy finally gets to him by shapeshifting as his wife. He murders him in such a sickening way that a deep sense of loss dawns over you and what follows after this is even more heartwrenching. While everyone else tries to cope up with the death of the nobleman, his daughter just stands there in his funeral wondering why he is being buried. This tear-jerking moment is enough to haunt many anime fans, and it does so even to this day. 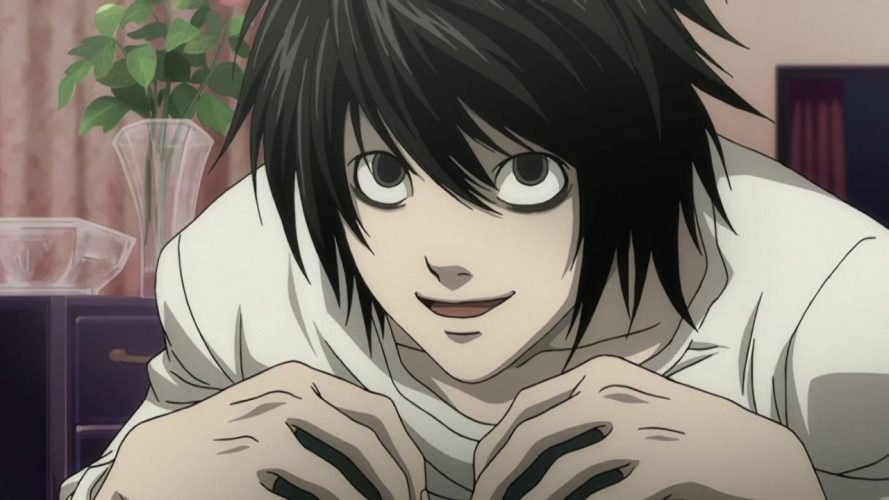 “Learn to treasure your life because unfortunately, it can be taken away from you anytime.” -L

‘Death Note‘ was one series that forced me to shift my perspectives about right and wrong. There were times when I found myself rooting for Kira and then there were other times when I was on L’s side. But in this game of cat and mouse, one of them had to win and L, despite doing everything right, ends up losing. L’s death really gets me every single time because he considered Light to be his only friend and during his last few moments, when his spoon collapses from his hand and he looks at Light, it hits you that justice has failed. After L’s death, the entire series just takes a very depressing tone and you can’t help but wonder that had things been a little different, he would somehow still be alive. L does eventually win though, but it’s sad to watch him sacrifice his life over a game of pride. 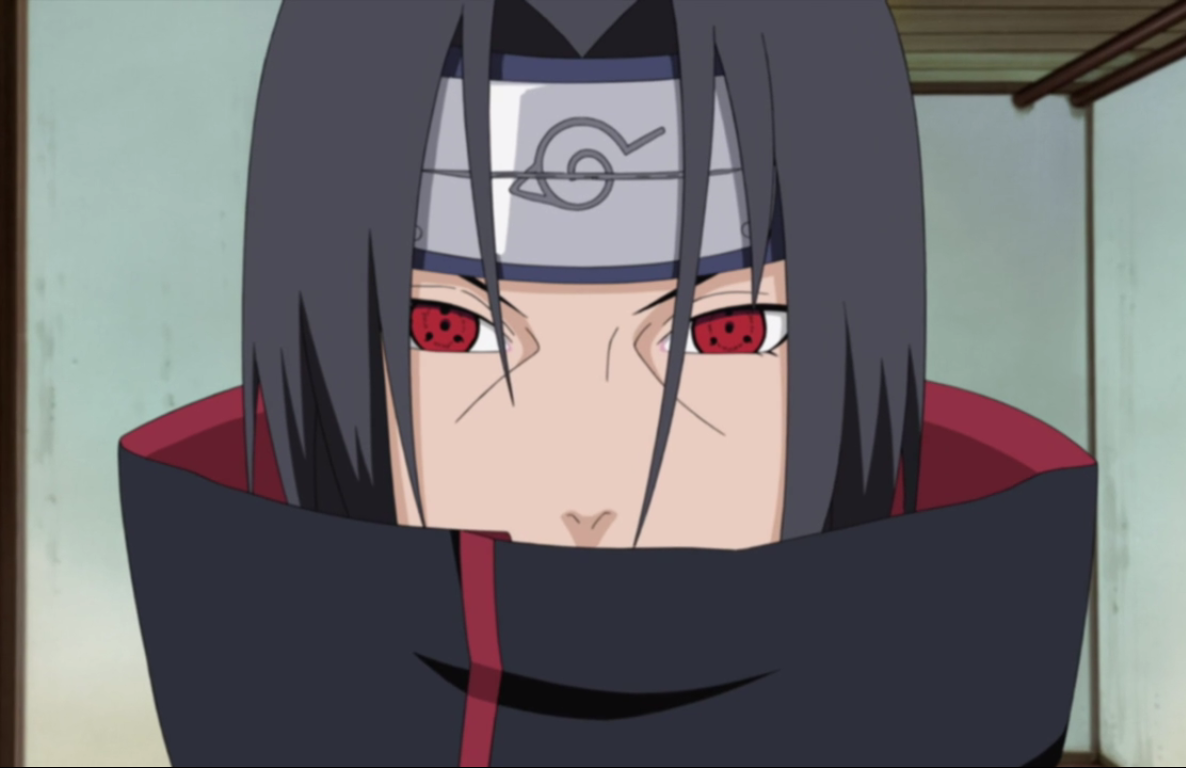 “We aren’t fish, we are human. No matter who you are, you do not know what kind of human you are until the very end. As death comes to embrace you, you will realize what you are. That’s the view of death, don’t you think?” -Itachi Uchiha

For a long time, it was believed that Itachi was the antagonist of the series who was responsible for the death of all of his clan members. He only spared the life of his little brother Sasuke and destroyed everyone else including his other family members. Throughout the series, you are fooled by Sasuke’s sense of revenge towards his brother. But when it all comes to an end after an intense battle between the two brothers, Sasuke finds out the truth. After this point, as a viewer, it’s hard to even imagine what you should do with the rest of your life because everything, quite literally, seems so insignificant at that point.

Itachi always had the intention of protecting the people of his village and his brothers. But even after wanting to do what’s right, he had to live his entire life as a villain with bottled up feelings that probably haunted him every single day. What makes everything even worse is when you realize that even during his last battle against his brother, he just wanted to cherish looking at him for the last time but his weak eyesight stopped him from doing so. Itachi’s death is certainly one of the saddest anime deaths of all time because you only understand who he truly was after he’s gone forever. It’s almost like he was waiting for the time when either his life-threatening disease or his brother would finally help him get over all the pain that he held inside. 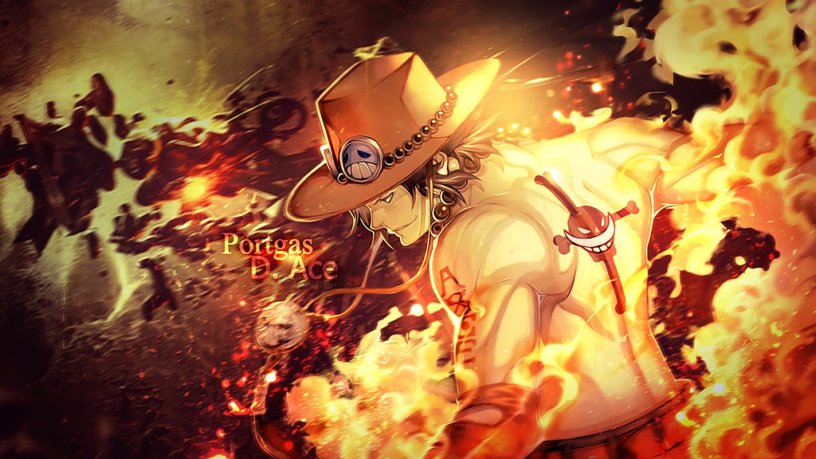 “I don’t want to live a thousand years. If I just live through today, that’ll be enough.” -Portgas D Ace

Out of all the beautiful characters in the massive ensemble of ‘One Piece‘, Portgas D Ace is one of the most lovable characters ever. Being Luffy’s only family, he did what every elder brother would do and went down after taking smoldering hot fist right through his chest just to make sure that Luffy was safe. He was born as the son of one of the most notorious criminals of all time and had spent almost all his life running away from law enforcement forces. But despite his troublesome past, he was an incredibly noble man.

What makes the moment even more heartbreaking is how Luffy reacts to his death. Luffy comes off as one of the strongest characters in the entire series who is able to control himself during most situations and remain calm. But after Ace’s death, he completely breaks down and bursts out crying. Some anime characters become so close to you that when they die, you almost feel like you’ve lost someone you knew in real life.

1. Kaori Miyazono – Your Lie in April 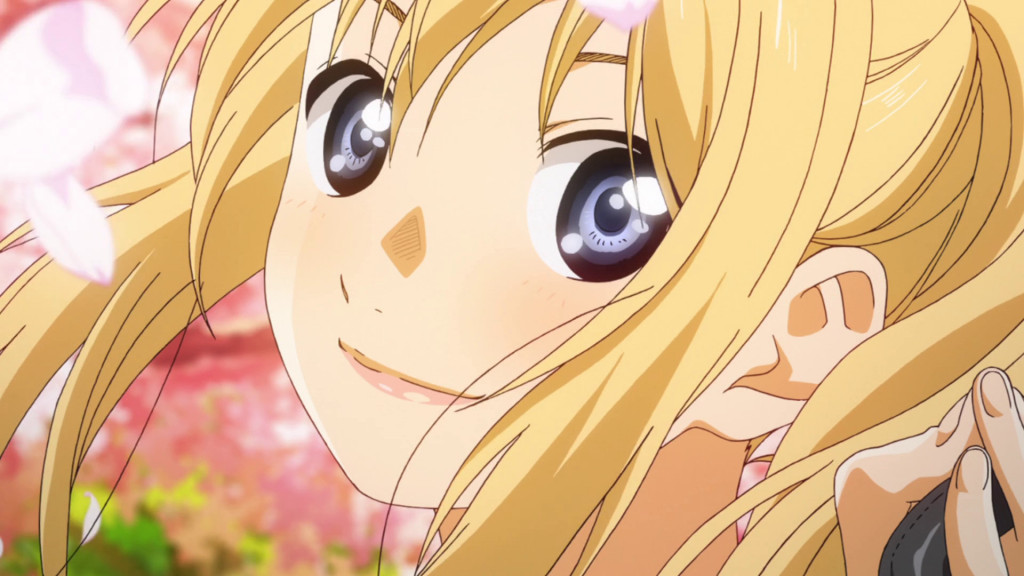 “Maybe there’s only a dark road up ahead. But you still have to believe and keep going. Believe that the stars will light your path, even a little bit.” -Kaori Miyazono

With each episode, Kaori’s optimistic outlook towards life and her energetic aura grow on you as a viewer. From the first episode itself, it is pretty obvious why everyone around her likes her so much. But once you realize that she is extremely unwell and won’t be able to live too long, it almost feels like getting hit by a truck. Undoubtedly, ‘Your Lie In April‘ is one of the most inspiring anime of all time and it’s truly wonderful to see how beautifully its creators have portrayed the death of such a beloved character. ‘Your Lie in April‘ will make you go through a plethora of emotions and in the end, it will leave you with a very different kind of bittersweet feeling that even words cannot describe.