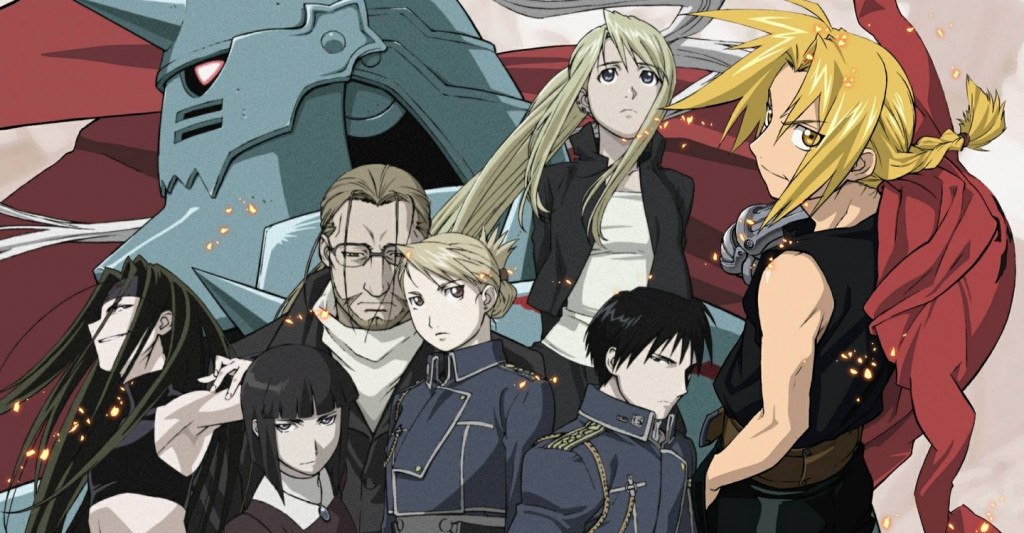 ‘Fullmetal Alchemist’, like many other anime shows, was first released as an anime when the manga was still in production. It initially started off by adapting the plot of the manga but due to lack of enough source material content, the anime later took its own path and went out to be a partial anime “original”. Surprisingly, unlike most other Shounen series like ‘Naruto’ and ‘One Piece‘, ‘Fullmetal Alchemist’ turned out be a short series with only 51 episodes but even after drifting away from the manga, it did receive a lot of appreciation from its viewers. But Studio Bones was not done with it yet and soon after the manga reached a conclusion, they decided to recreate the entire series based on the source material, which was now named ‘Fullmetal Alchemist: Brotherhood’.

This dual adaptation often sparks debates between those who feel that the original was much better and the ones who prefer the story of the manga over everything else. While most believe that the 2009 adaptation is much better than the first original one because it is more aligned with Arakawa Hiromu’s vision, there is a fair bit of population that still supports the original. Now whether or not ‘Brotherhood’ is better is quite objective because for obvious reasons, ‘Brotherhood’ has much better animation than the first one that came out six years before it. But even then, I would still recommend that anyone who wishes to start this anime now, should first watch the 2003 adaptation and then go for ‘Brotherhood’. That’s because once you’re done watching ‘Brotherhood’, you will never really be able to enjoy the original.

For me personally, it has always been really difficult to differentiate between the original and ‘Brotherhood’ because of the vast differences in their plots, character development and also the themes being portrayed. While I enjoyed one for its directness towards the manga, I enjoyed the other one for its underlying dark theme. So I feel it’s wrong to fall only on one side of it because we don’t usually get to see two brilliant adaptations of the same story. Even when it comes to the ending of both the series, I enjoyed the bittersweet ending of the original as much as the ending of ‘Brotherhood’, where everything seems to work out well. So to put it simply, I feel that both the adaptations should be seen as one instead of being compared with each other because both they shine in their own unique ways. Anime lover or not, ‘Fullmetal Alchemist’ is one series that no one should miss out on.

Fullmetal Alchemist Season 2 Release Date: When Will it Premiere?

Another season of ‘Fullmetal Alchemist’ does not seem to be a possibility because if Studio Bones had to invest more into this show, they would’ve never re-adapted it into ‘Fullmetal Alchemist: Brotherhood’. So if you’re done watching the original version of the show and also the movie, then you can always start off with ‘Brotherhood’, which is better than the original in many aspects. You can always watch its live-action movie adaptation that came out on December 1, 2017, but just make sure that you don’t expect too much from it.

At this point ‘Fullmetal Alchemist’ season 2 release date of 2021 or 2022 seems like a distant dream. We will update this section as soon as we learn more.

The English Dub of ‘Fullmetal Alchemist’ is available on Netflix.

At the tender age of twelve, Edward Elric, a brilliant alchemist, and his brother Alphonse try to resurrect their dead mother by using a forbidden method known as the human transmutation. But things go terribly wrong and not only does Edward lose two of his limbs, but he ends up losing his brother as well. Using his alchemy skills, he somehow manages to bind his brother’s soul to a huge piece of armor and he replaces his own limbs with metallic machinery.

A year following these tragic events, after a lot of struggle and hard work, Edward gets promoted to the Fullmetal alchemist state. He now decides to go and look for the philosopher’s stone, along with his brother. The stone’s apparent location is known only by a few and it is only rumored that it can amplify one’s powers and abilities to an immeasurable extent. He hopes that he will be able to acquire the stone from the military’s resources and then use it for restoring his arms and his brother’s body. There is a fundamental rule in alchemy that goes like this: to gain something, an alchemist must first be willing to sacrifice something else. This is the principle Edward completely relies on, but when he starts looking for the stone, he realizes that there is a lot more to it than he ever knew and soon he along with his brother get dragged into a much darker world of alchemy.

The movie sequel to this picks up right where the show leaves and in the end, brings a proper conclusion to the adventures of Edward Elric. I cannot reveal much about the plot of the movie because I might end up giving out the spoiler for the first season. If you end up watching the entire first season, then just make sure that you do watch this follow-up movie as well. 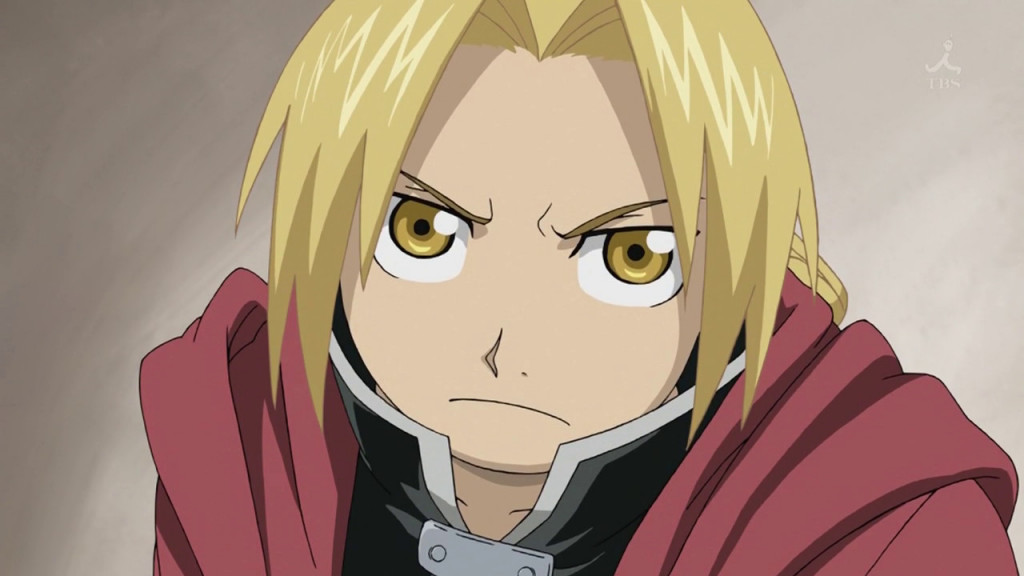 Edward Elric is the main protagonist of the anime, who loses both his right arm and left leg during a failed Human Transmutation ritual. Following these events, he becomes the youngest certified alchemist in the history of Alchemy. He then goes on an adventure to look for the Philosopher’s stone so that he can restore everything that he has lost in the past few years.

Edward appears to be extremely tiny for his age and stands somewhere close to 4 feet 11 inches. He tries to make himself look tall by tying his long blond hair in a certain way but it never really makes a difference. On the outside, Edward appears to be an extremely selfish person who acts only out of self-interest. His overall behavior reflects a sense of immaturity where he acts very stubborn and often loses his temper over the pettiest of things. But the ones who are close to him know that deep inside, he is very selfless and his loyalty towards the ones he loves is beyond measurable. 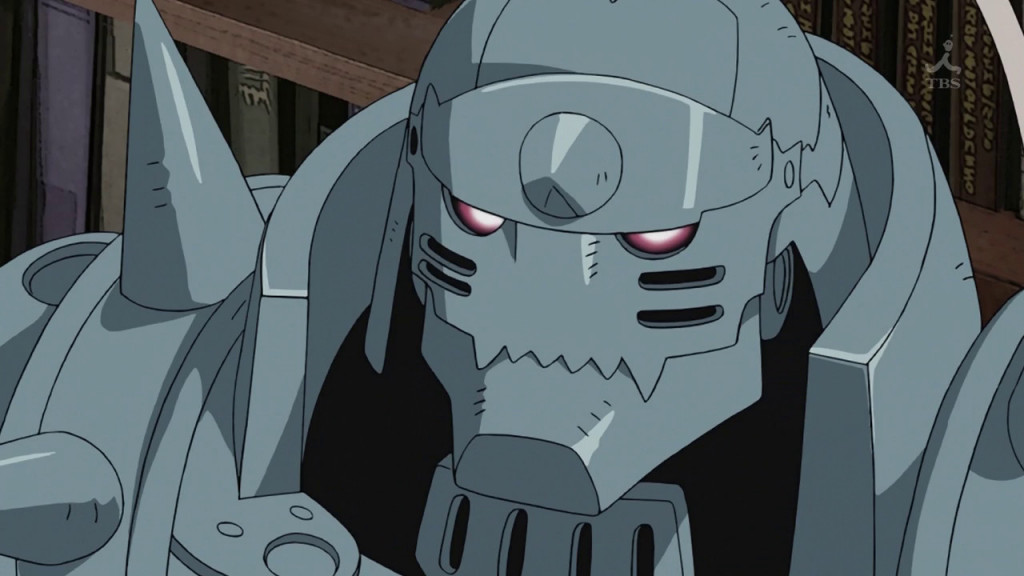 While Edward only loses his limbs during the ritual, Alphonse ends up losing his entire physical being in the process and Edward somehow manages to retain his soul in metal armor. This is the reason why Alphonse later accompanies his brother on his journey to find the philosopher’s stone because as much as Edward might need his limbs back, it is Al who is suffering more without a human body. Ed, in his steel armor suit, appears so huge that often people assume that he may be the Fullmetal Alchemist because of his appearance. He completely dwarfs out Edward and appears to be his elder brother or even his father.

Despite his size, Al is actually very calm and kind-hearted and often tends to balance out his brother’s abrasive behavior. The ones who are close to him are able to find the childlike purity that still rests on his robotic face. Al also has some underlying insecurities in his heart that are connected to his dark past. He often starts wondering if he’ll get to be an actual human again and even blames himself for the failure of the ritual.