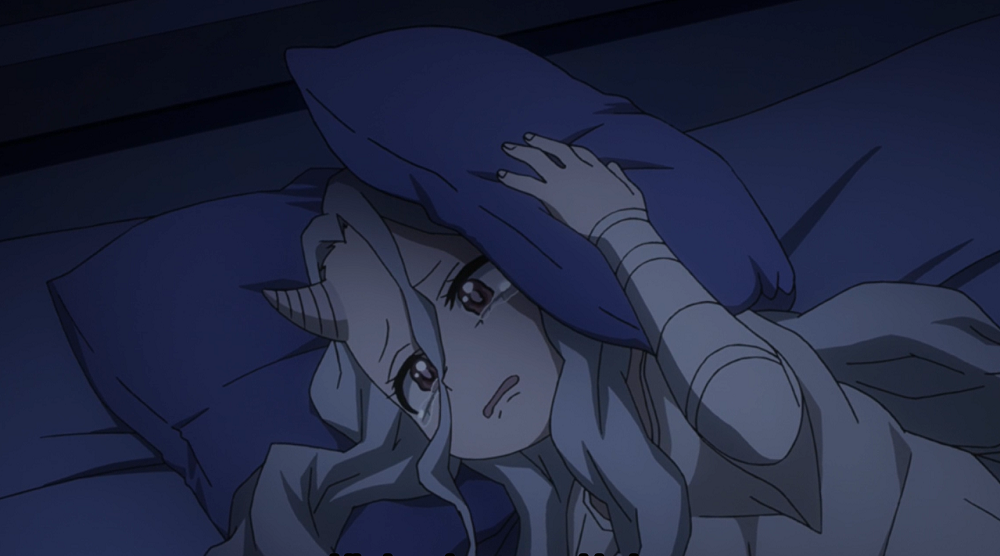 Titled “An Unpleasant Talk”, Episode 6 of ‘My Hero Academia’ Season 4 takes a step back from all the glorious action scenes of the previous one and comes off more like the calm before storm. Episode 5, as I mentioned in my review, was easily the best episode of the season so far because of its splendid production value and also its heavy emphasis on side characters. But apart from that, it also played a major role in setting the groundwork for Episode 6.

Though not as fulfilling in context with action scenes, Episode 6 reveals a lot about the potential direction in which the narrative could head in. Moreover, it also shifts back to focusing on the main characters (Midoriya, Togata and Eri) while it further plunges deeper into the sinister motives of the antagonist. Season 4 just keeps getting better.

Deku and Togata slowly plod towards a “certain location”, and to their surprise, even Uraraka and Tsuyu seem to be heading in the same direction. They initially dismiss it as a coincidence, but soon, all of them end up in the same building. Only when they reach their location, they realize that they have all been invited to a Heroes Meet where everyone from small-time heroes to the top 3 is present. They also run into Eraserhead, one of their teachers from the academy at this event and ask him what’s going on. He tells them that he has no clue and was only informed about it at the last moment.

The meeting then ensues, and as expected, the heroes start discussing the looming terror of the league of villains. The conference then shifts its focus to quirk-enhancing and destroying drugs that could potentially cause mass destruction later on. Night Eye also reveals how Overhaul’s quirk allows him to disassemble things and then put them back together, which probably implies that he using his own quirk to design all those quirk-destroying bullets. And since human blood and cells were found in one of those bullets, he is probably using the blood of his own daughter, Eri, to create them. This also explains why Eri had so many bandages on her body when Deku met her.

This, for obvious reasons, really infuriates Deku and Togata and they regret holding themselves back when they initially had the chance to save Eri. One of the heroes at the conference also blames them for missing out on a grand opportunity to catch the perpetrator, but that’s when Night Eye defends them. He justifies how their involvement with Overhaul could’ve easily made things much worse. While Togata and Deku struggle to deal with their own demons, Eri remains imprisoned in some underground room where she fears almost everyone around her. But since Deku was the first person who genuinely cared about her, she can’t help but think about him all the time.

With each episode, ‘Boku no Hero Academia’ is slowly drifting towards a grimmer tone and I can already see a lot of death flags in context with many of the secondary characters; I hope I’m wrong. Overhaul’s gory showdown with the league of villains in the second episode was indeed disturbing but his motives are far more deranged and bleak than any of those action scenes. While everyone is just assuming that Eri is his daughter, I’m really starting to doubt if she’s even related to him in any way. Despite being all about hefty dialogues and revelations, Episode 6 is more like a warning for what lies ahead. ‘My Hero Academia’ is no way an anime for all demographics anymore and that’s actually a good thing.

Eri is one character you cannot help but empathize with. The miserable life she’s living right now is not something that she chose and it’s just being enforced on her by a ruthless psychopath. Even if she is Overhaul’s daughter, he is clearly just using her for his own ulterior motives and does not care about her. Meanwhile, this episode further dwells into Night Eye’s psyche as well, who still seems to be a little embarrassed by his own quirk. He almost hates the fact that he can see the future and even refuses to use it on other heroes. As cold as Night Eye might seem on the outside, he is almost as disturbed as Deku and Togata and regrets a lot of things from his past.

This episode also sheds some light on the fact that not all those who wear capes are perfect in every way. Night Eye shows a lot of maturity and supports Deku and Togata, but many other heroes tactlessly blame them for letting Overhaul get away when they first met him. Even the world of heroes is filled with flawed men and women and that’s probably the reason why they need to work together for what lies ahead. Studio Bones is going all out with the direction of this season, and with every episode striking home, we’re certainly in for a wild ride ahead.