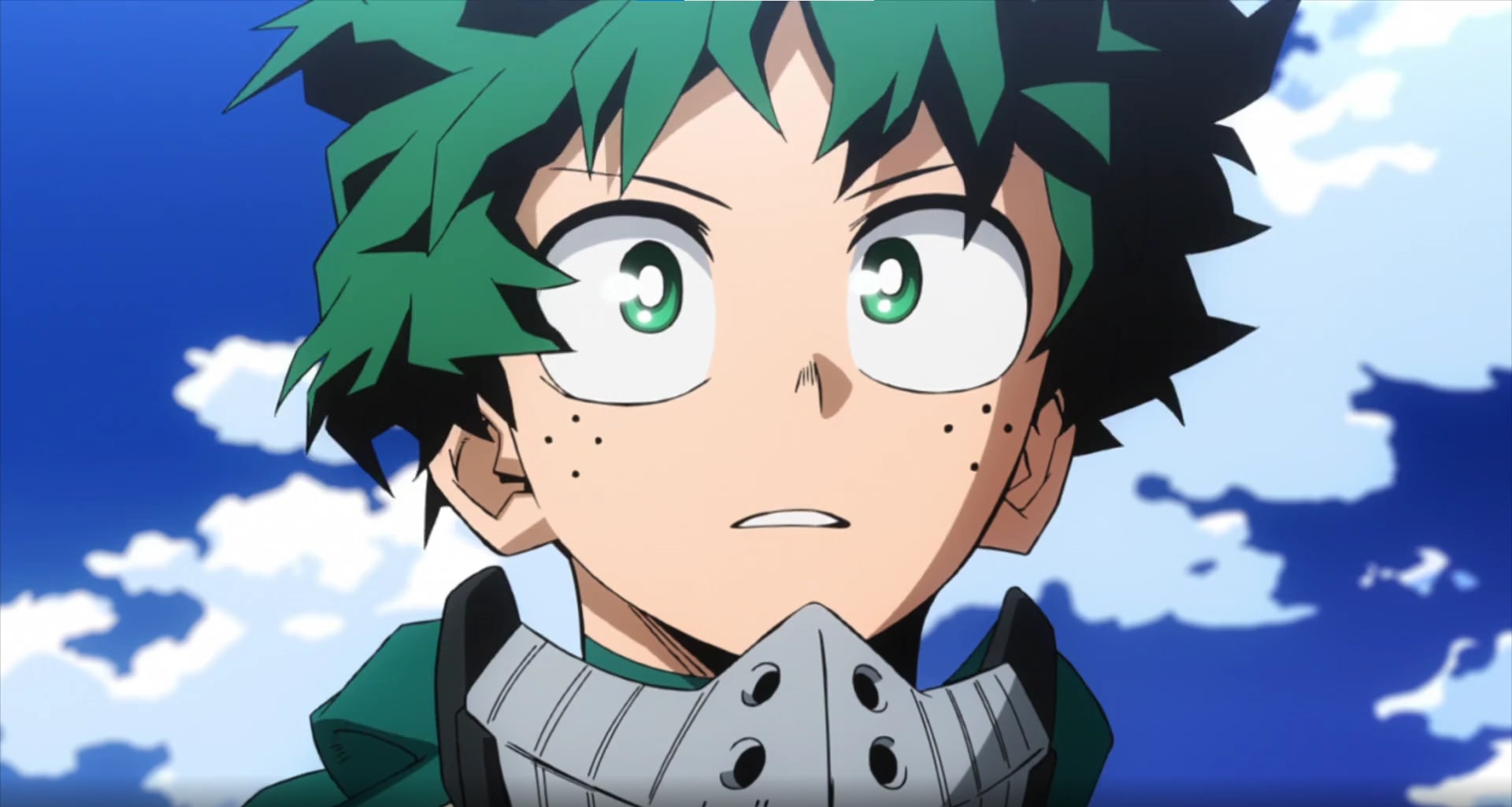 After all the action and character developments in the penultimate episode, anime creators use the fifth season finale of ‘My Hero Academia’ to set up the next season. For season 5, they adapted material from five arcs of Kouhei Horikoshi’s epic superhero manga series: ‘Pro Hero’ (last few chapters), ‘Joint Training,’ ‘Meta Liberation Army,’ ‘Endeavor Agency,’ and ‘Paranormal Liberation War’ (early chapters). ‘My Hero Academia’ has always been a top-tier Shounen anime. But in this season, in particular, they let both heroes and villains come to their own. Our favorite characters are indeed growing up. Here is everything you need to know about the ending of ‘My Hero Academia’ Season 5. SPOILERS AHEAD.

Season 5 explores the idea of Midoriya inheriting individual Quirks from past One For All Users. U.A. students of Class 1-A and 1-B participate in a joint training session, with 1-A eventually emerging as the winner with a 3-1 score. Pro-hero Hawks realizes that something is going on with the League of Villains and goes undercover. He discovers that a radical group called the Meta Liberation Army has become active again. Hawks figures out that a war is on the horizon and alerts the Commission, which subsequently instructs U.A. to send its students out for internship, so they can be ready for what is coming. In flashback scenes, it is revealed that the League of Villains and MLA have merged to become the Paranormal Liberation Front.

In the season finale, titled ‘The High, Deep Blue Sky,’ it is revealed that Hawks was there in the audience when Tomura gave his speech. He handed over to Dabi what seemed like Best Jeanist’s body to prove his loyalty to their cause. Hawks recognized the gravity of the situation and knew that he had to act quickly, but he was also aware of a missing piece of the puzzle. The league had a secret benefactor, and the only thing he knew about this person was that they were somehow connected to a hospital. 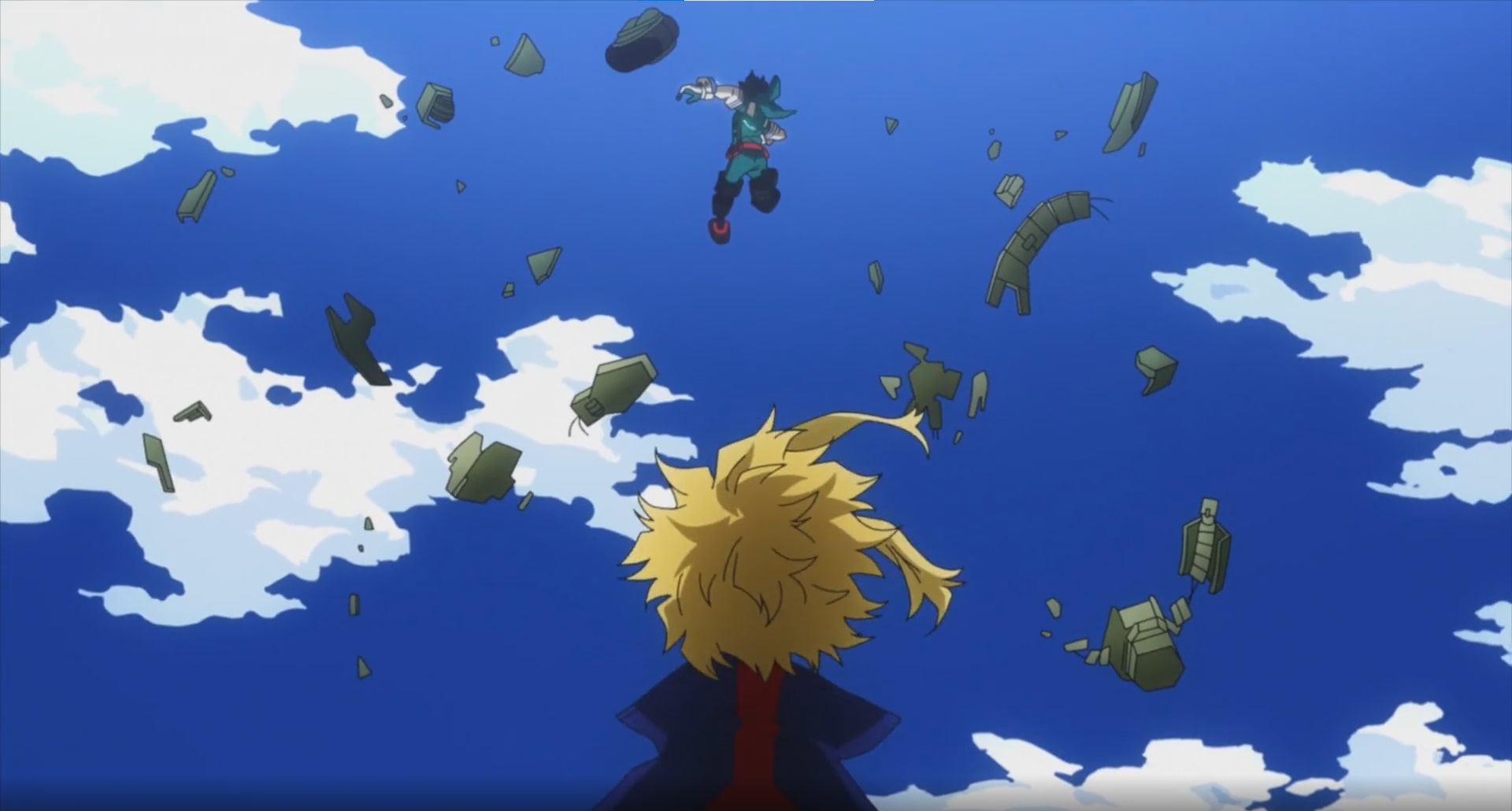 Meanwhile, Dr. Ujiko recognized the remarkable improvements that Tomura had made in his last fight and kept his promise to give him more Quirks. He promised the young man that while the following few months would be excruciating for the latter, he would eventually have everything in the palm of his hand, including One For All, a Quirk that even All For One couldn’t tame.

At present, the students of the U.A. demonstrate the remarkable improvements they have made during the internships. When it’s Midoriya’s turn, he shows off his control over his secondary Quirk, Blackwhip. This makes All Might, the teacher in charge of the class, both wistful and proud, and he internally urges his successor to keep moving forward.

Elsewhere at the school, Aizawa learns from Tamaki and Miro that something is wrong with Eri. He goes to see the young girl and discovers that her horn is itching to the point that it’s making her extremely uncomfortable. Aizawa comforts her and reminds her that she is at U.A.

After the exhibition, Midoriya and Bakugou meet up with All Might in the Nap Room. The former no. 1 hero gives Midoriya a composition book in which he has recorded everything he has found out about past users of One For All. He admits that there are many things that he couldn’t find and tells Midoriya that he wants him to harness the Float Quirk of his mentor Nana Shimura next. The season ends as All Might expresses his desire to live in a conversation with Aizawa, and the students enjoy themselves at a party.

My Hero Academia Season 5 Ending: Who Is the Secret Benefactor of the Paranormal Liberation Front?

The benefactor here is Dr. Ujiko, who is also known as Kyudai Garaki. He has been fiercely loyal to All For One. Initially, he was as skeptical as Gigantomachia about Tomura’s worthiness to be All For One’s successor. But after witnessing Tomura’s victory over the MLA and how he tamed Gigantomachia, he has come to recognize that the youth is a perfect choice. Now, he is willing to share all his knowledge with Tomura and make him potentially even more powerful than All For One. Tomura’s Quirk, Decay, has become immensely destructive after his battle with Re-Destro. But like his master, Tomura is not going to stop accumulating more power any time soon.

The “hospital” here refers to Jaku General Hospital, which Dr. Ujiko established as Kyudai Garaki. He also runs the institution. Oboro Shirakumo or Kurogiri, in a fleeting moment of lucidity, revealed the information to his friends Aizawa and Present Mic. Ujiko set up the hospital as a front for his research. There is a laboratory in the hospital where Ujiko creates the Nomus. 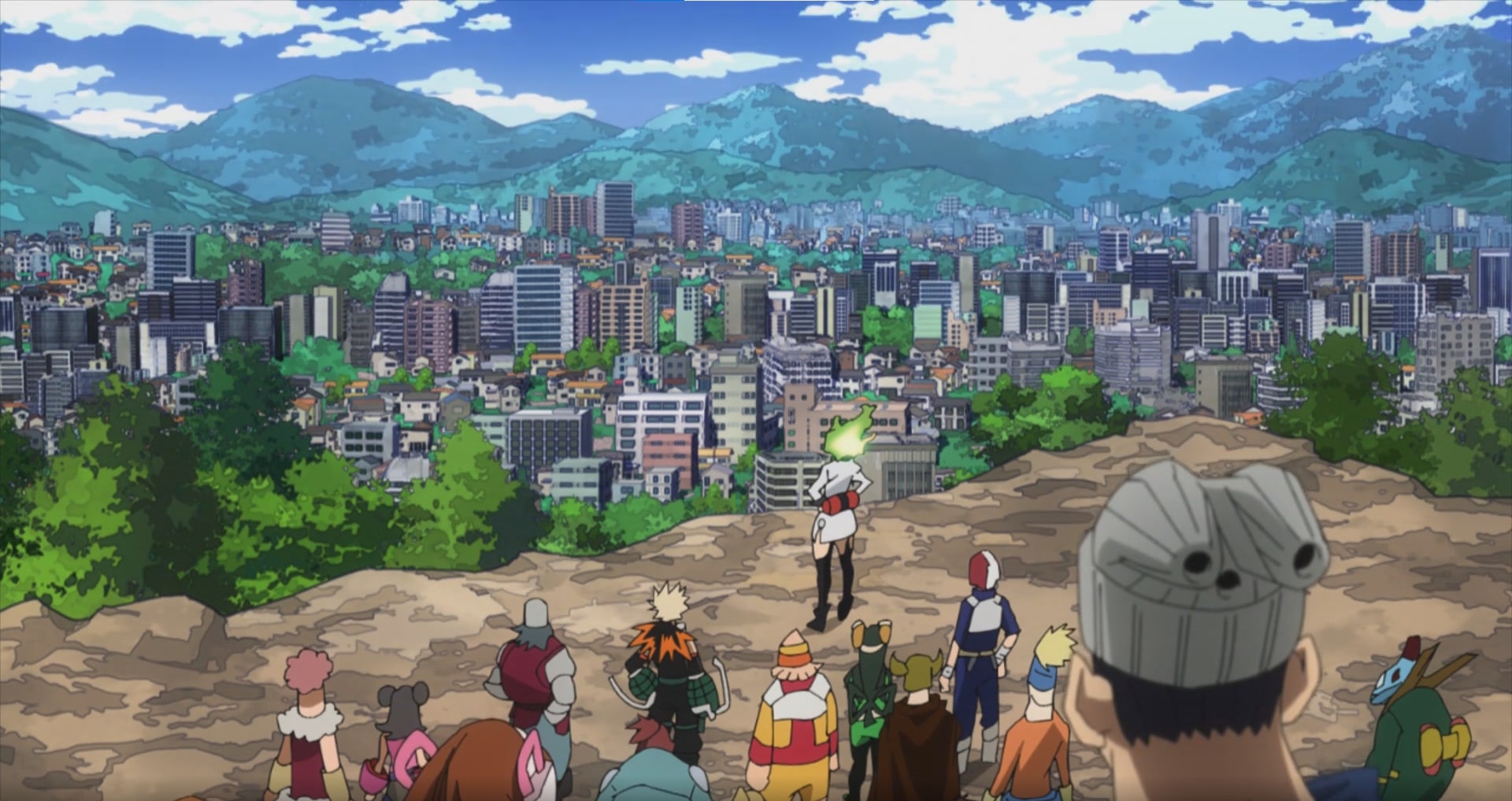 In the post-credits scene, every member of Midoriya’s class receives the same message about work-study right about the time when spring break is over, asking them to assemble for an expeditionary operation. They meet up with Burnin, one of the members of Endeavor’s agency. This is likely part of the raid that the pro-heroes are going to execute on Jaku Hospital to flush out Tomura, Dr. Ujiko, and their allies. The students will most probably have the job of evacuating the civilians out of Jaku City.

No, Best Jeanist is not dead. We never really see Hawks killing the no. 3 pro-hero. The body Hawks shows to Dabi is most likely a decoy. Best Jeanist is probably recuperating from his injuries somewhere. When the time is ripe, he will return to serve as a pro-hero again. Just by his ranking, we can glean that he is a highly efficient hero, and in the coming battles against the PLA, he is bound to play an important role. In the meantime, the PLA will probably use his apparent demise as part of their propaganda. So, when he finally makes his appearance, it will discredit the PLA.