The diverse set of characters in ‘My Hero Academia’ allows Kouhei Horikoshi and the anime producers the opportunity to explore various aspects of human interaction while staying true to its Shounen superhero action roots. In episode 17, titled ‘The Hellish Todoroki Family,’ Midoriya, Bakugou, and Shouto struggle to keep up with Endeavor, as the No. 1 hero solves one problem after the other. But they have expected this, knowing that if they want to be the best, they need to learn from the best.

What Midoriya and Bakugou haven’t expected is an invitation to dinner with the Todoroki family. Soon enough, pleasant chatters around the dinner table devolve into recollections of past horror. Here is everything you need to know about the ending of ‘My Hero Academia’ season 5 episode 17. SPOILERS AHEAD.

Midoriya, Bakugou, and Shouto continue to pursue the challenge that Endeavor has thrown at them: capturing an enemy before Endeavor at least once during their winter internship. But it increasingly proves to be a near-impossible task. Endeavor is the first person to any scene where rescuing, evacuating, or fighting is involved. He teaches the three young students the concept of stopping an incident before it happens by example. Although Midoriya and his two friends are far from catching up to Endeavor, they slowly progress in the right direction.

After sending the three interns back to the lodging facility that they share with the sidekicks, Endeavor mulls over the encrypted message he has received from Hawks. He knows that a war is coming and hopes that his students will be ready before that. Fuyumi calls and asks him to bring Shouto’s friends for dinner. This makes him go down memory lane and recall the horrible things he has done to his family.

However, because of Fuyumi’s efforts, the family has started to heal. Of course, there is plenty of resentment in the hearts of the Todoroki siblings, and all of it is justifiably directed towards Endeavor. While Fuyumi seems to have forgiven him and Shouto is willing to give him another chance, Natsuo loathes his father. He refuses to entertain Endeavor’s one-sided attempt of reconciliation, reminding his father of the pain and suffering that he has caused the family. Endeavor also recalls his conversation with All Might about the latter being the symbol of peace. All Might encouraged him not to listen to the people comparing the two of them and follow his own path.

After they are done for the day, Endeavor and Shouto take Midoriya and Bakugou to meet Fuyumi. Natsuo is also there. During the dinner, Midoriya declares that he loves the food and starts overanalyzing it, prompting Bakugou to shout at him. The Todoroki family’s attempt to be civil to each other in front of their guests quickly unravels as Natsuo explodes on his father. Later, Midoriya and Bakugou overhear Shouto and Fuyumi speaking about their family. Bakugou rushes into the room and shouts at the siblings for speaking about sensitive subjects in front of the people they have invited. Midoriya tells Shouto that the latter seems to be close to forgiving his father.

My Hero Academia Season 5 Episode 17 Ending: Who Burned Shouto? Who Is Toya?

To answer this question, we must first understand the extent of Endeavor’s obsession about overtaking All Might and becoming the No. 1 hero. Despite being an exemplary professional hero who has solved a significant number of crimes, he was always overshadowed by the charismatic and gifted All Might. He eventually came to believe that if he couldn’t overtake All Might, he would father a child who could. He married Sei for this reason. He wanted their child to inherit both his Hellflame and her Ice Quirks.

Their firstborn was a boy named Toya, whose Quirk was even more powerful than that of Endeavor. This excited the then-No. 2 hero, and he started training the young boy. But Endeavor soon learned that Toya has only inherited the flaming Quirk from him and doesn’t have the heat resistance he needs to use the Quirk. Instead, he has inherited his mother’s ability to withstand extreme cold.

Afterward, Endeavor refused to trained Toya, but by then, the damage was already done. The young boy had shared his father’s dream and didn’t know what to do with himself after becoming a disappointment in his father’s eyes. Several years later, Toya seemingly died after causing a wildfire. According to the manga, he didn’t die and eventually became the villain known as Dabi.

Confronted by the failure with Toya, Endeavor decided to have more children. However, neither Fuyumi nor Natsuo was gifted enough for them to be the vehicle of their father’s obsession. And then Shouto was born. In his youngest son, Endeavor apparently found the answer he had been seeking for. After an incident with Toya, he separated Shouto from his siblings and started putting the young boy through brutal training. When Rei protested, Endeavor physically abused her. Rei’s mental health rapidly deteriorated after this. One day, while speaking to her mother on the phone, Rei saw Shouto’s red hair and just reacted in panic and terror. She threw boiling water from a kettle at her son, burning the left side of his face.

Despite what happened, Shouto has never blamed his mother but held Endeavor responsible. After Toya’s apparent death, Shouto didn’t see his mother for ten years. Sometime after he enrolled at U.A., Shouto came to see his mother, and the two reconciled. 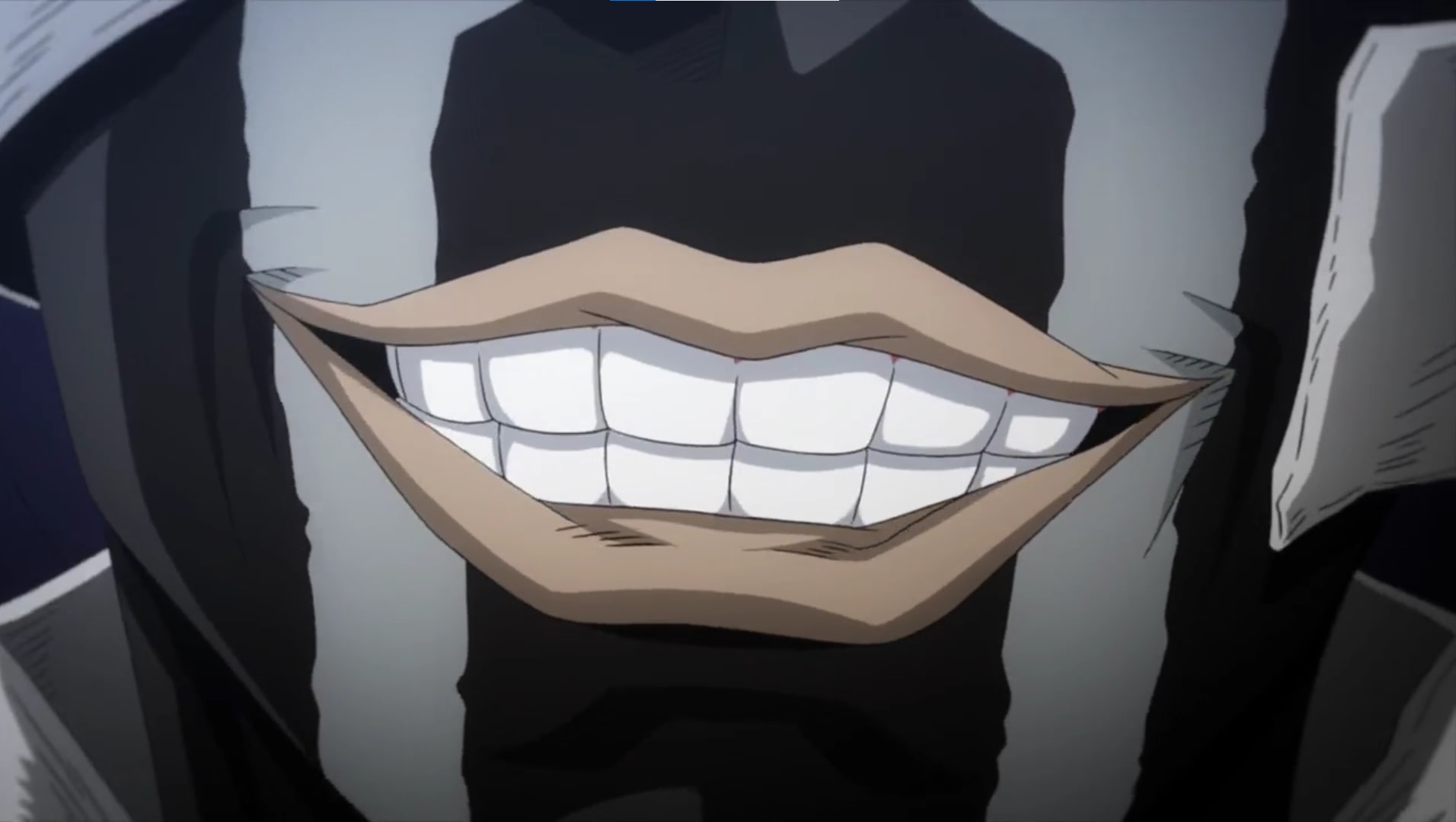 The post-credits scene depicts an incident that takes place a few days before the current timeline. As people are busy celebrating Christmas, a mysterious man in a striped hoodie watches a news broadcast about Endeavor’s first fight as No. 1 hero. The episode ends as the man eerily smiles. This is Ending, an old nemesis of Endeavor. He is mentally unstable and dangerous. Above all things, he hopes to die in Endeavor’s hands and will do anything to make that happen.