My Policeman Ending, Explained: Do Tom and Patrick End Up Together?

Based on the 2012 namesake novel by Bethan Roberts, which in turn loosely based on a true story, ‘My Policeman’ is a period romantic drama film. The story predominantly takes place in Brighton, England. Young police officer Tom Burgess (Harry Styles) marries schoolteacher Marion Taylor (Emma Corrin) but is secretly in a gay relationship with the museum curator Patrick Hazlewood (David Dawson). Years later, when Patrick suffers a major stroke, Marion decides to bring him to stay with her and Tom, much to the latter’s apparent dismay. Here is everything you need to know about the ending of ‘My Policeman.’ SPOILERS AHEAD.

The film begins in modern times. A much older Marion (Gina McKee) welcomes Patrick (Rupert Everett) into her and Tom’s (Linus Roache) home. The audience can feel right off the start that there is a history behind this gesture, especially with how Tom seems to think this victimizes him. He explicitly states that he doesn’t want Patrick under his roof. With a build-up such as this, it’s almost as if the film wants us to erroneously prejudge the narrative as a story about hetero-infidelity between the wife and the friend. If that is indeed the case, the title definitely doesn’t serve the purpose, and neither does all the marketing.

The older versions of the characters are introduced, and we get to spend some time with them before we are thrown into the 1950s. Tom is a strapping young police officer — boyishly handsome, ambitious, and, while not necessarily an intellectual, smart enough to perfectly understand how the world works around him. In contrast, Patrick is everything a museum curator should be and is accustomed to a high-end lifestyle. Marion knows Tom through his sister, who is her friend. As Marion grows close to Tome, the latter introduces her to Patrick. She is initially charmed by how he carries himself. One of her friends even points out that she has more things in common with Patrick than Tom. Regardless, she chooses Tom and marries him.

However, her marital life doesn’t turn out as she thought it would. She realizes that it’s not that Tom is unkind or even cruel, but there is a sense of detachment about him that she finds increasingly disconcerting. She also starts noticing certain things about Tom and Patrick’s relationship that she hasn’t done before.

The film’s narrative shifts back and forth between the two timelines to tell a comprehensive story. So, just as Marion in the 1950s discovers her husband’s secret, realizing that she has inadvertently made a tragedy out of her own life, Marion in the present times begins to go through Patrick’s journals, discovering that Tom and Patrick began their relationship before she and Tom got married.

The 1950s setting is important because it provides context to Tom and Patrick’s actions. For most of his life, Tom doesn’t come to terms with who he is. He aspires to a normal and successful life and does everything he can to achieve it. At the same time, he can’t ignore who he is and his very real emotions for Patrick. So, he decides to use his marriage to hide from his sexuality, even though it doesn’t work.

My Policeman Ending: Do Tom and Patrick End Up Together?

The relationship between Tom and Patrick may not be the heart of the narrative in ‘My Policeman’ (that role is fulfilled by Marion’s relationship with both men), but it still plays an important role. In 1950s Britain, sexual acts between people of the same sex were still punished by law. After the museum authorities receive reports of Patrick’s activities, he is tried in court. Marion attempts to serve as his character witness, but the prosecution demonstrates that there has been a relationship between Tom and Patrick, rendering Marion speechless.

By then, Marion has come to know the nature of the relationship between her husband and their mutual friend, but hearing about it from the prosecutor of Patrick’s case suddenly makes the entire thing very real for her. Patrick is convicted and spends two years in prison, where he receives brutal treatment from fellow inmates. Although Tom doesn’t go to jail, he loses his job with the police, and he and Marion somehow manage to land on their feet after the incident. And despite all this, Marion decides to remain in her deeply unhappy and dissatisfactory marriage with Tom. 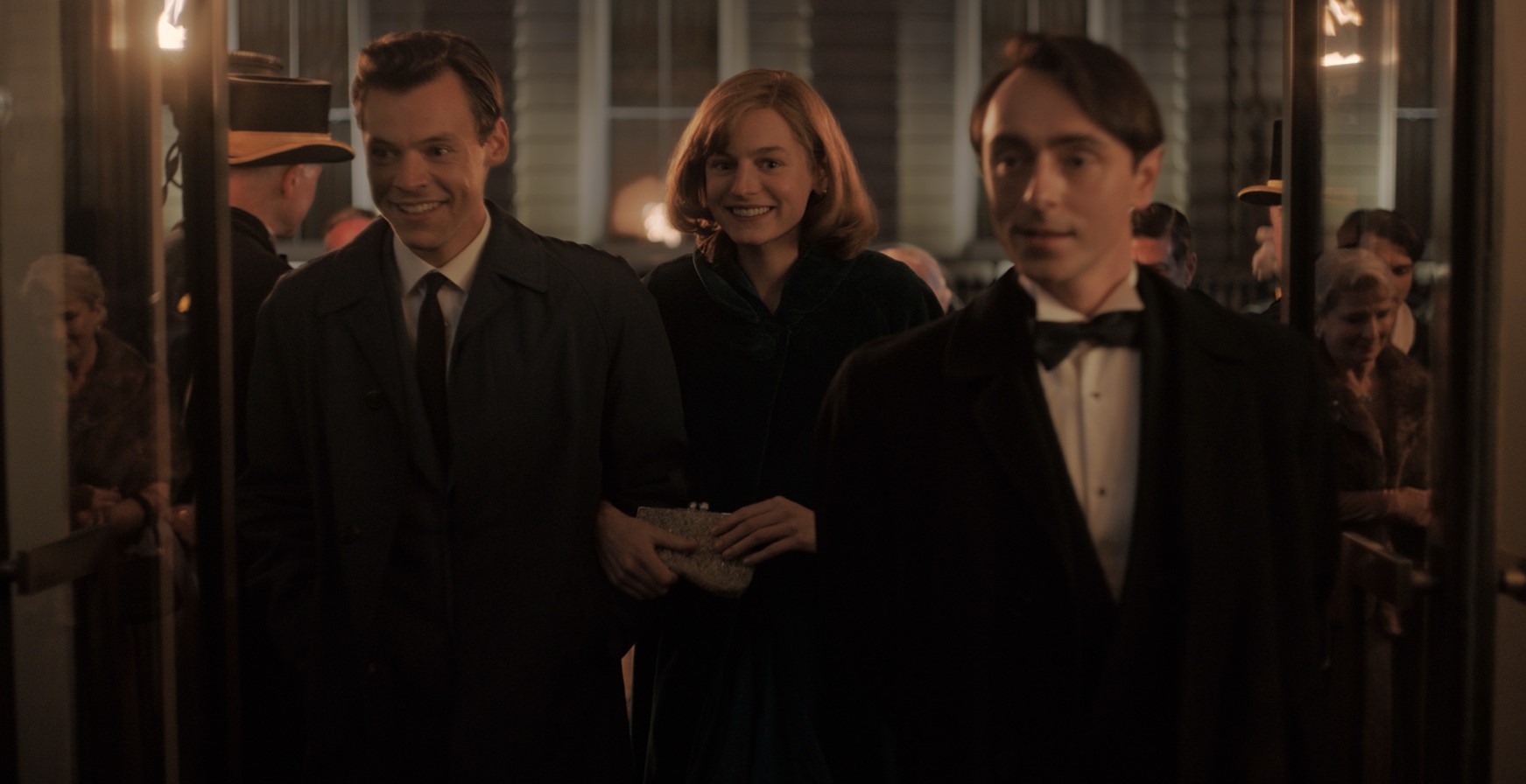 In the present time, aided by Patrick’s journals, Marion finally gains an understanding of her husband’s relationship with Patrick. Tom is the type of man who is most comfortable adhering to conventionality, even in the present day when society has become much more accepting of individual choices. When Marion announces that she is leaving, Tom immediately thinks about how lonely he will become in her absence, not accepting that this has been a long time coming.

If society had been more accepting in the 1950s, Tom and Patrick wouldn’t have any reasons to hide their true selves, and Marion wouldn’t have become a victim of their charade. Marion herself is also not without any guilt. But her guilt is closely related to the beliefs of her time. She also comes to accept those shortcomings as she grows older, while Tom shows little remorse for what he has done to her.

After Marion leaves, only Tom and Patrick remain in the house. Up until that point, Tom has vehemently tried to deny the fact that Patrick is once more part of his life. With Marion gone, he musters enough courage to reach out and discovers that Patrick has been waiting for him to do just that all these years. Marion was evidently right when she told him that he would not be alone.

Who Reports Patrick to the Police?

Shortly after his return from Venice, where he was with Tom, Patrick is arrested by the authorities for indecent behavior. Marion serves as a character witness for him, but it doesn’t help much. If anything, it gives the prosecutor the opportunity to dissect Marion’s marital life, revealing to the world the secret relationship between Tom and Patrick. Years later, right before she is about to leave Tom, Marion admits that she is the one who reported Patrick to the authorities. She was angry, heartbroken, and jealous and lashed out against the man she thought was responsible for making her feel that way.

However, Marion later felt remorse about her actions. She might have been a product of her time and admittedly homophobic, but she was also a victim of the entire situation, which directly resulted from Tom and Patrick’s actions. Marion tried to rectify what she had done by becoming a character witness for Patrick, but that only made it an even bigger disaster than it originally was.

Why Does Marion Leave Tom?

Marion and Tom’s marital life was never particularly happy. Over the years, they seem to have built up a comfortable space where they can co-exist but haven’t bothered to make it more than that. The sex is dissatisfactory for both parties, and the union hasn’t produced any children. However, Tom is content living in this imperfect existence because it includes things that he is familiar with and doesn’t involve him taking any risks.

In contrast, Marion has become increasingly suffocated in this relationship. Although she figured out quite early how her marital life would shape up to be, she didn’t have the courage to walk out of it until now. Marion’s decision to bring Patrick to the home that she and Tom share complicates the dynamics between the two of them for the first time in years. It forces all three of them to look back into their past and realize that it’s not too late to carve out their own place of happiness. And that is exactly what Marion does. For the first time in years, she makes a choice for herself. She chooses to be happy and leaves Tom.

Read More: Where Was My Policeman Filmed?