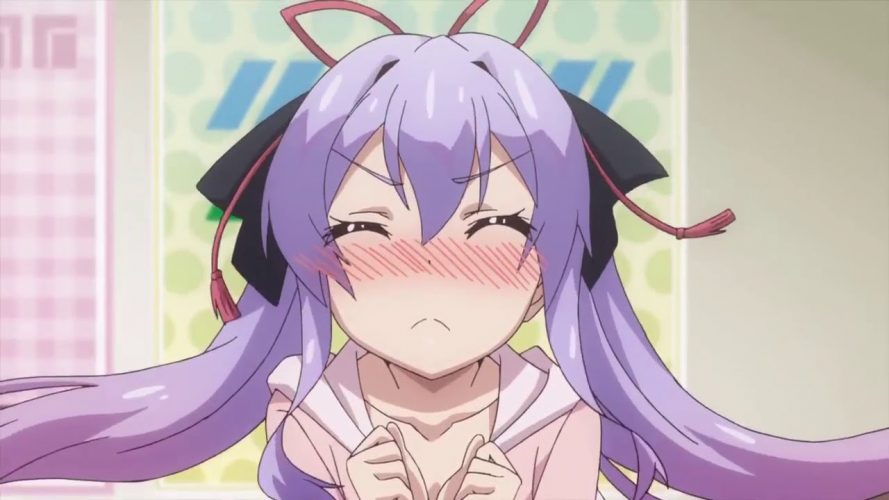 My Sister, My Writer (also known as Ore ga Suki nano wa Imōto dakedo Imōto ja nai in Japanese) is a romantic comedy anime television series which is based on a light novel series of the same name. Written by Seiji Ebisu and illustrated by Gintarō, the light novel series was first published on August 20, 2016 and new chapters are being published even to this day. A bit over a year later, a manga adaptation of the series, with illustrations by Koh Narita, began serialization in the Monthly Dragon Age magazine. Months later, famed Japanese animation studio NAZ announced plans to adapt the series into an anime television series and subsequently, Season 1 of My Sister, My Writer premiered on October 10, 2018. Although the show was not a highly rated one, it still managed to find favour among fans of the light novel series and the manga series, and since then, fans have been waiting for news on a second season. Here’s everything we know about the prospects of Season 2 of My Sister, My Writer thus far.

My Sister, My Writer Season 2 Release Date: When will it premiere?

My Sister, My Writer season 1, consisting of 10 episodes, premiered on October 10, 2018 and ran till December 19 of the same year. Subsequently, two special episodes were released on February 27, 2019 and March 27, 2019 respectively. In spite of the very mediocre ratings the show received, it endeared itself to fans of the source material. Yet, a second season has not been announced as of now and it remains to be seen whether the show gets renewed.

That being said, there’s no reason to worry just now if you’re looking forward to a second season of the show. Anime shows sometimes take years to renew and hence, there’s plenty of time left for NAZ to announce a renewal. Further, considering the fact that new chapters of the light novel series and the manga series are still being published, there’s definitely no dearth of source material for a second season. However, the possibility of a second season being made also depends heavily on how well Season 1 performed in terms of generating revenue from Blu-Ray / DVD sales and streaming. If Season 1 was a success on the financial front, a second season could be very likely. If not, then the show could be cancelled due to financial issues. As it stands, we don’t have data on how well Season 1 performed financially, so we can’t say for certain what fate awaits the show. The only thing left to do now is to wait for NAZ to make an official announcement on its future. We’re keeping our ears open for news on My Sister, My Writer season 2 release date and we’ll update this section as soon as we hear something reliable.

My Sister, My Writer English Dub:

For those who like watching anime shows in English, the good news is that My Sister, My Writer has a pretty decent English dub, which was made in spite of the show’s mediocre performance. If you want to watch the show in English, you can find dubbed episodes on Crunchyroll.

My Sister, My Writer Plot:

My Sister, My Writer is a romantic comedy show which has undertones of incest. The show revolves around a beautiful third year middle school student named Suzuka Nagami, who holds an impeccable reputation at school due to her sublime academic record and her position as the president of the student council.

Apart from her school work, Suzuka also writes a light novel under the pen name Chikai Towano and the novel, which is about a sister who crushes on her brother, ends up winning a light novel award. Overwhelmed by her success, Suzuka decides to give all credit to her brother, Yuu Nagami, and soon, the duo start promoting their novel by joining a fan service. However, things take an unforeseen turn when Suzuka, like in her novel, starts to crush on her older brother.

My Sister, My Writer Plot:

As is evident, My Sister, My Writer has only two main characters. Below, we’ve provided you with brief backgrounds on each of them.

Suzuka Nagami: The female protagonist of the show, Suzuka is a third year middle school student who seems to be perfect at everything she does. She is exceedingly beautiful, has an impeccable academic record, and is also the president of the student council. Outside the spotlight Suzuka enjoys in school, she tries her hand at writing a light novel on a sister who crushes on her older brother. Using the pen name Chikai Towano, Suzuka manages to complete her novel and to her surprise, she ends up winning a light novel award. At this point, Suzuka gives all credit for the novel to her older brother, Yuu, and together, the duo join a fan service to promote the novel. However, things take a hilarious turn when Suzuka starts to develop not fake, but real feelings towards her older brother.

Yuu Nagami: The male protagonist of the show, Yuu is a first year high school student and studies in the same school as Suzuka. However, unlike his overachieving sister, Yuu is a talentless and average student who is not good at anything in particular. He is also insecure and thinks that he is an untrustworthy brother who Suzuka hates. While he cares about Suzuka deep down, he has difficulty in expressing his protectiveness about her, and has no clue that she harbours feelings for him. When Yuu was in middle school, he came across light novels and became an otaku. Following his initial obsession with light novels, Yuu tried to become a light novel writer but gave up soon after failing to complete even a single novel. During his stint as a writer, Yuu used the pen name Chikai Towano, and after Suzuka’s success using his pen name, he starts impersonating Chikai Towano.