Is Nadiya Hussain Married? Does She Have Kids? 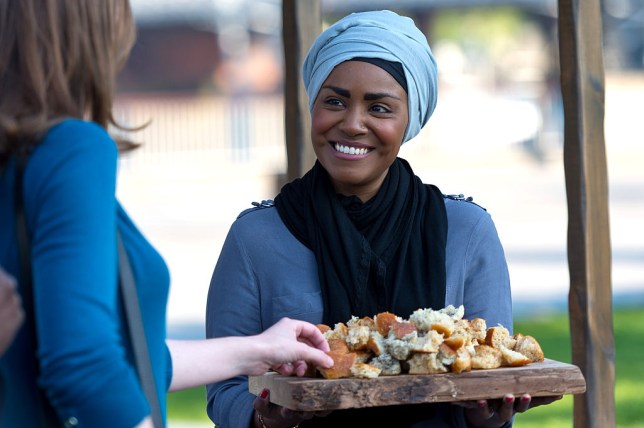 Nadiya Jamir Hussain is a British TV chef, author, and television presenter who was born and brought up in Luton, Bedfordshire, England. She rose to fame in 2015 after winning the sixth season of BBC’s ‘The Great British Bake Off.’ Born Christmas Day 1984, to Jamir Ali and Asma Begum, Nadiya is a first-generation British Bangladeshi. She is one of six kids, having three sisters and two brothers.

Nadiya’s father, who originated from Beanibazar, was a chef and owner of an Indian restaurant, so she has been surrounded by food her entire life. After learning basic cooking skills at school, she taught herself everything there is to know by reading up on cookbooks and watching YouTube tutorials. If you’re curious about Nadiya’s personal life as well as her professional career, don’t worry because we have all the details for you.

When Nadiya was 19, she met Abdal Hussain, an IT specialist, through their families for an arranged marriage. In 2004, just six shorts months after they first met, the pair got married in a traditional Islamic wedding. Though it was an arranged marriage, both Nadiya and Abdal found love with each other. And since they never got to make proper vows the first time around, the couple got married again towards the end of 2018.

The couple has three children together – two sons, Musa Hussain and Dawyd Hussain, along with a daughter, Maryam Hussain. During her time on British Bake Off, she admitted that Abdal was very supportive of her and her career choices. “He’s definitely been my biggest support throughout all of this, and he’s had to take on a very different role at home,” she said on the show. “He irons clothes now feeds the kids and does the dishes. No relationship is 50/50, as someone always gives a little bit more. At the moment, he’s the one giving a lot more.”

After Nadiya won the final, the whole family moved from Leeds to Milton Keynes, a place near London, so that she could have more opportunities and pursue a culinary career.

How Did Nadiya Hussain Earn Her Money?

Nadiya made her first public appearance on the sixth series of ‘The Great British Bake Off’ in 2015 and quickly became a fan favorite thanks to her mouth-watering dishes. After she won the series, she made a cameo appearance on ‘Michael McIntyre’s Big Christmas Show.’

Since winning, Nadiya signed various contracts with BBC to host and present different food shows. The very first one was ‘The Chronicles of Nadiya,’ a two-part food travel documentary, where she traveled to Bangladesh to trace her culinary roots. After this, she replaced Mary Berry to became a judge for season four of ‘Junior Bake Off.’

Nadiya is also a writer and author. She is a contributing editor to UK’s biggest food channel BBC’s Good Food and writes a monthly column for The Times Magazine. She was previously also a columnist for Essentials magazine. Not only this, but her recipes have also been featured in The Guardian, The Telegraph, and Good Food’s magazine.

Her first cookbook Nadiya’s Kitchen was published in 2016, following which she released a tie-in cookbook titled Nadiya’s British Food Adventure for her cookery series with the same name. Nadiya has also written two children’s books that include a mix of stories and recipes; Bake Me A Story and Nadiya’s Bake Me A Festive Story.

Furthermore, she is the author of her 2019 autobiography, titled Finding My Voice and the novel The Secret Lives of the Amir Sisters, which she wrote with the help of author Ayisha Malik.

Nadiya also has a Homeware Collection range by the name of Make Life Colourful Range in collaboration with BlissHome, which includes a tableware range, spice racks, candles, aprons, oven gloves, and tea towels. More importantly, Nadiya was commissioned by Buckingham Palace to bake a cake for Queen Elizabeth II’s as a part of her 90th birthday celebrations.

With her hard work and her passion for food, Nadiya has found such success that in 2017, she was named one of the 500 most influential people in the UK by Debrett. As for her net worth, not a lot of information about her exact salary or income is known; therefore, her exact net worth is unknown too. As of 2020, Nadiya Hussain’s net worth is estimated to be $5 Million.