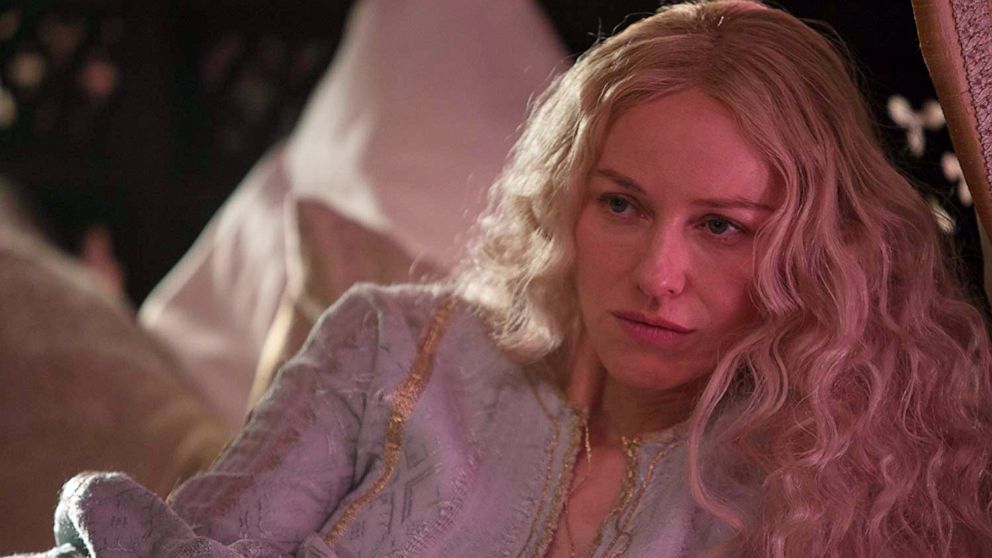 Coming fresh off the heels of ‘Game of Thrones’s big Emmy win for Best Series, and not to mention how completely unwarranted that was given how the final season transpired, it should come as no surprise that the internet seems over it, as do the makers, and the entertainment world collectively looks at nibbling scant little pieces of information from the upcoming prequel, sometimes titled ‘Bloodmoon’ and at others, ‘The Long Night’ or ‘Longest Night’, as strongly advocated by George R.R. Martin who will be directly involved in the development of the series as executive producer as well.

Reportedly so, this prequel with Naomi Watts in the lead (and another one on the Targaryens and their rise to power) were the ones to get greenlit from HBO out of a total of five prospective scripts pitched to the network, and is well underway into production, with the team recently wrapping up the pilot of the episode that has gone into post production. While we await further news on the production front, allowing us to speculate when the series will be out, we currently dwell on what it could be about, examining possible theories, and diving deeper into who this “charismatic socialite hiding a dark secret” that Naomi Watts plays in the series is. Read on.

Prequel Overview: What’s It About? 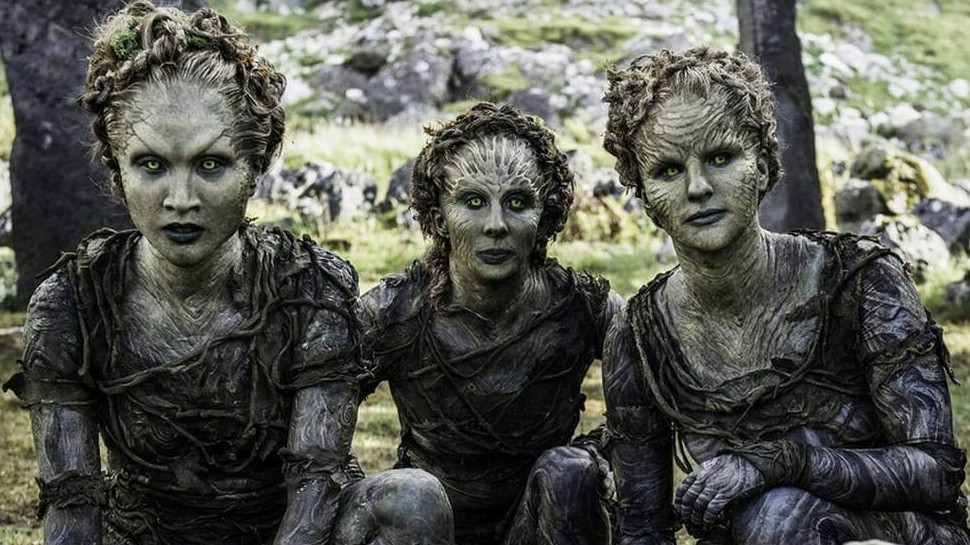 HBO’s official synopsis states that “taking place thousands of years before the events of Game of Thrones, the series chronicles the world’s descent from the golden Age of Heroes into its darkest hour. And only one thing is for sure: From the horrifying secrets of Westeros’ history to the true origin of the White Walkers, the mysteries of the East, to the Starks of legend — it’s not the story we think we know.”

Temporally speaking, this places the series anywhere between 5000 to 8000 years before the current timeline in ‘Game of Thrones’ when a peace treaty was signed between the First Men and the Children of The Forest, ushering in the Age of Heroes that saw the rise of most of the stalwarts who would later be known as the founders of the seven major houses and kingdoms of Westeros. Around the same time, the Children sealed the fate of the world by creating the Wights or The Others as they were known, to form an army of their own.

Invariably, the Wights turned on them and went toward the land of always winter (later known as North of the Wall) and descended with an entire army, threatening the peace treaty between the First Men and The Children, thus ushering in The Long Night, hinting towards the popular folklore in the current series about the longest and coldest winter that Westeros ever faced, lasting an entire generation. The conquest was finally overcome when the First Men and the Children reunited to fight the threat off, driving the Others further North, following which Brandon the Builder erected the Wall.

The same period also saw the rise of some of the most prominent houses of Westeros, one of which we suspect will form a major player in the events of the prequel, broadly outlining what Naomi Watts’ role in the prequel could be. Naomi Watts is currently top billed, but just as ‘Game of Thrones’, her role in the series is going to be one among multiple narratives simultaneously happening over multiple locations, with a number of players vying in for whatever the primary motive of the series is: a throne? The war against the Others? Anybody’s guess right now, but you can read all about these theories regarding the plot of the show, here. Conversely, you can head off into explanations of the various regions of Westeros and Essos too.

House Casterly: Who Were They? 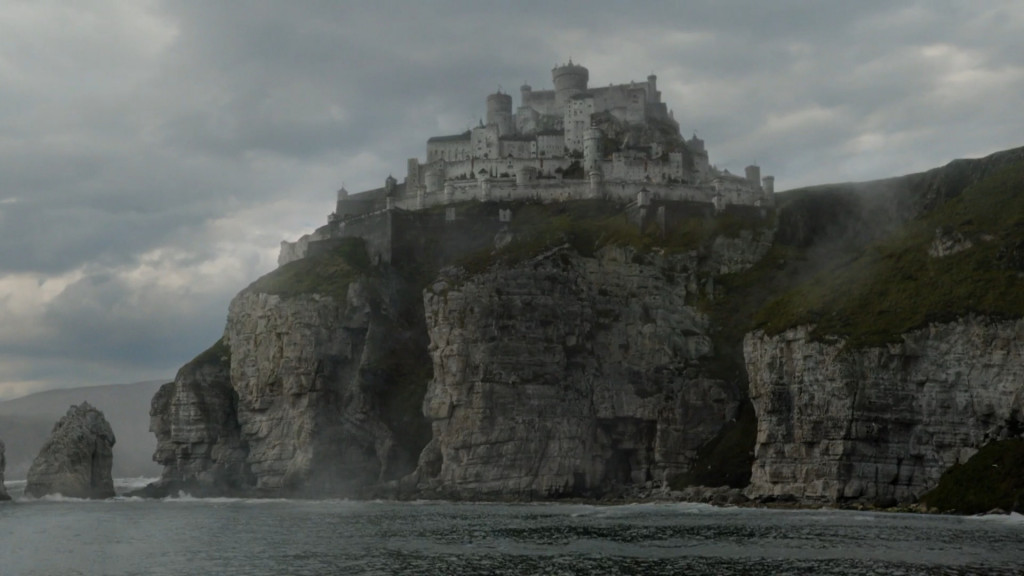 House Casterly were one of the initial independent ruling families formed during the time of the first men, around the age of heroes, as with most prominent houses that survived the long night. The history of Westeros dictates that there were close to a hundred independent smaller kingdoms, of which only seven were prominent and survived down the ages, the Casterlys being one of them. Though its rulers and founders don’t find a very significant place in Westerosi history, the geographical location and the time during which this dynasty’s kingdom formed, called the Kingdom of the Rock, is of immense importance in shaping the modern history of Westeros.

The Casterly family and the Kingdom of the Rock had its seat at the famous Casterly Rock, that they carved themselves by mining gold on a steep coastal cliff-side, making them one of the most prosperous houses in Westeros. Chronologically and logistically speaking, that is all the information that is available on the Casterly family, since there are no books that dictate the vast history of Westeros before the seven modern kingdoms to be. They are instead mostly described through the canon series of GRRM books, ‘A Song of Ice and Fire’, in the form of tell-tales and legends.

One such legend that essentially shapes the history of Westeros and the known world in GoT is how the Lannisters came into being. A notorious legend in the same vein has it that Lann The Clever swindled the castle and the seat from the Casterlys, later founding House Lannister using Casterly Rock as its seat. This also explains that the source of all Lannister gold and wealth are the gold mines at Casterly Rock, that weren’t theirs to begin with.

Since the story is only part of legend, there is no concrete account of how Lann swindled the Casterlys, with accounts varying in nature from complex betrayals to him brewing up trouble in between Casterlys by secretly spewing hatred between them. Despite that, we believe this is exactly where Naomi Watts’ role of a “charismatic socialite hiding a dark secret” in the series comes up.

While other houses have their histories more or less laid out, even if in brief commandments, with Brandon the Builder founding House Stark along with building the wall, Durran Godsgrief setting up Storm’s End and his seat at the Stormlands, and Garth Greenhand being the first king at the Reach, strictly based on intelligent assumptions as of now, following are the roles that she could occupy in the events leading to the fall of House Casterly and the rise of House Lannister, given that none of the other prominent houses seem to have much room for a female character in their establishment.

Geroge R.R. Martin’s clear obsession with brewing conflict out of romances leading to tragic conclusions is what gives the series a very clear edge, be it the books or the TV series, or at least the initial seasons. Quite clearly then, it would be prudent to assume that Lann the clever swindled the castle and the seat at Casterly Rock through falling in love with one of the Casterly women.

Owing to the reputation of Lann, there has to be betrayal involved in this scheme of things, more than a true romance at its core, otherwise he wouldn’t be called Lann “the clever” now, would he? The underlying theory here is that Lann, in an attempt to break into the castle or secure his way inside feigns romance and impregnates a Casterly woman, presumably someone important in the family, who is swayed to betray her family for the trickster, thus becoming the woman “hiding a dark secret”.

There inevitably can be a lot of old school drama surrounding this, but can be equally high voltage and epic if handled well. If not a princess, the character that Watts plays could be the first Lady of the house herself, akin to Cersei, planning to dispose of the patriarch ruler for usurping the throne of Casterly Rock for herself, for which she enlists Lann the clever’s services, owing to his notorious reputation. Needless to say, since House Lannister did come into being, things do not go as planned for Lady Casterly.

Several legends from the books state that Lann the clever travelled through an internal network of caves and tunnels into and out of the castle that only he knew about, whispering secrets and brewing conflict internally within the Casterlys by appearing to them briefly as a ghost or cipher of sorts. To even the most discerning viewers, this would sound exactly as it is meant to sound: a myth, a tale to keep the men and women in courts and households bemused. However, considering that it would be near impossible to film in a TV series, and that the tale would be covering up an actual event, I don’t think that there would be a better event than a betrayal by one’s own kin that lead to the downfall of the house.

Yet another theory bearing almost equal probability would be that of Naomi Watts playing the first Lannister lady. However, the only major shakeup this theory would cause with respect to the previous one would be shifting the timelines a little ahead, and taking the spotlight slightly further away from the swindling of Casterly Rock itself. In this, while Lann taking over Casterly Rock would have to happen through a rather conventional series of events, Naomi Watts could step in as the first Lannister lady, the woman Lann takes.

Now, while Westerosi history isn’t clear on any of these theories, there lies a vast landscape for innovation and the introduction of brand new storylines, implying that the role for the first Lannister lady would have to be a completely original one. How she either assists Lann as he takes the throne, or leads the Lannisters in the absence of Lann the clever do seem like potential storylines, but there still is a vast amount of work left here to make it have the semblance of a series worth filming, but this certainly one of the many directions they could go in, to be built upon. She could go on to deceive the swindler and usurp the throne for herself, or practically anything that the mind can think up as of now. Her charisma might prove to be a little more than handy here.

As I have stated before, the number of theories here can be practically limitless since the history here isn’t as well defined as the events of ‘Game of Thrones’, the series. So, as with the previous two, this one too is a product of simply my mind, in the hopes that they prove to be mildly intelligible and worth musing over.

The third theory in this thread states that Naomi Watt’s character could be a charlatan herself, albeit serving as an accomplice to Lann. My guess is that owing to her charismatic socialite status in this world, she would be the one with access to Casterly Rock’s palatial building, assisting Lann in his quest to take the kingly seat for himself. Again, the way this pans out would be gradually discovered over the course of the series, but I can see this angle feeding into the possible second theory I stated above, thereby establishing her place in the history of Westeros as an important figure too.

There is also yet another theory afloat on the internet that states that Lann is actually a woman masquerading as a man, as would be GRRM’s penchant for having women in his novels survive in this brutal world of men, but I deem it to be too impractical to film for a TV series lasting at least eight episodes of an hour each. (Cover Image Courtesy: IFC Films)