Where Did the Filming of ‘Narcos: Mexico’ Take Place? 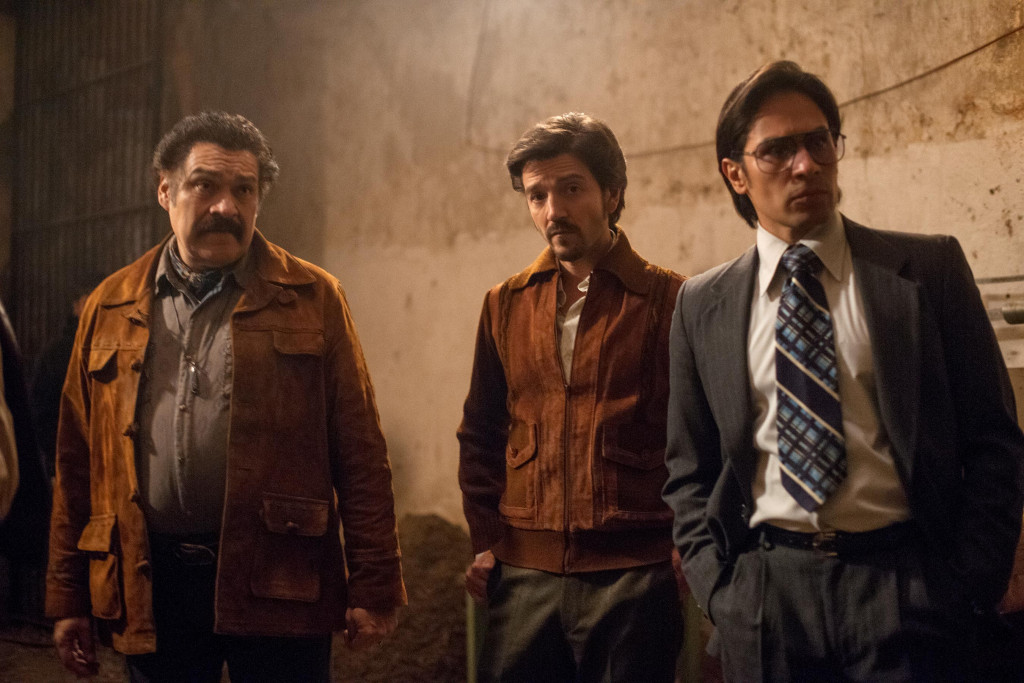 The release of the crime drama TV series ‘Narcos’ in mid 2015 was a huge moment for Netflix, who quickly realized that they had a bona fide hit on their hands. Audiences were captivated by the show’s down to earth grittiness as well as the larger than life, yet shockingly authentic portrayal of the infamous drug cartels of Colombia.

The booming popularity of the show was all the encouragement Netflix needed to greenlight a spinoff/sequel titled ‘Narcos: Mexico’ for release in late 2018. The new show features an all new cast of characters including law enforcement agents and drug lords, this time locking horns in Mexico in the 1980s during the rise of the brutal Guadalajara Cartel.

The main story line follows DEA Agent Kiki Camarena, who has only just moved to Guadalajara from California to take on a new post, where he quickly finds himself at odds with Felix Gallardo, an ambitious farmer who unifies the region’s small time drug traffickers in order to build one of the biggest drug empires in history.

If you were wondering where was ‘Narcos: Mexico’ filmed, read on to find out everything we know.

One thing that both ‘Narcos: Mexico’ and its predecessor ‘Narcos’ have always been lauded for is their commitment to authenticity and realism. The show sets out with the aim to accurately portray the origin and rise of the bloodthirsty Guadalajara Cartel, and largely succeeds in doing so. Naturally, The ideal way to achieve such a level of authenticity is to actually film on location where the real life events took place, which is exactly what the creators of ‘Narcos: Mexico’ did.

The show was filmed on location in a number of venues in Mexico, including the nation’s capital Mexico City. However, there was a steep price to be paid in the pursuit of realism; On September 15, 2017 near the town of Temascalapa in central Mexico, one of the location scouts for ‘Narcos: Mexico’ Carlos Muñoz Portal was found murdered with multiple gunshot wounds while scouting a location for the show.

The area where his body was found, San Bartolo Actopan, is infamous for having one of the highest murder rates in all of Mexico. Despite investigations, the murder was never able to be solved due to the remote location of the crime scene and the lack of any witnesses. In what would certainly be a cruel twist of fate, it is believed that Portal’s death could possibly be linked to the local narcotics gang activity.

After the untimely death of Carlos Portal, ‘Narcos: Mexico’ showrunner Eric Newman re-evaluated the filming crew’s security protocols and linked up with the local Mexican authorities to make sure the locations were safe for filming to begin.

Principal filming for ‘Narcos: Mexico’ takes place in and around the Mexico City area. Newman explains the decision to film the show in Mexico itself, “We’re shooting in and around Mexico City as well as a number of other cities around the country. Authenticity is so important to us, and for the same reason that we had to do the Medellín and Cali cartel stories in Colombia, we felt we had to do the story of the Guadalajara cartel in Mexico.”

Besides Mexico City, ‘Narcos: Mexico’ also filmed in a number of locations in Mexico including the former gold and silver mining hub city of San Luis Potosi, the sprawling state of Hidalgo north of Mexico City, and the idyllic resort town of Puerto Vallarta. Eric Newman tells of his experience filming in Mexico, “People know the beaches and resorts in Mexico but I hope they get to know the incredible beauty of some of the places where we got to work; it looks like nothing else in the world.”