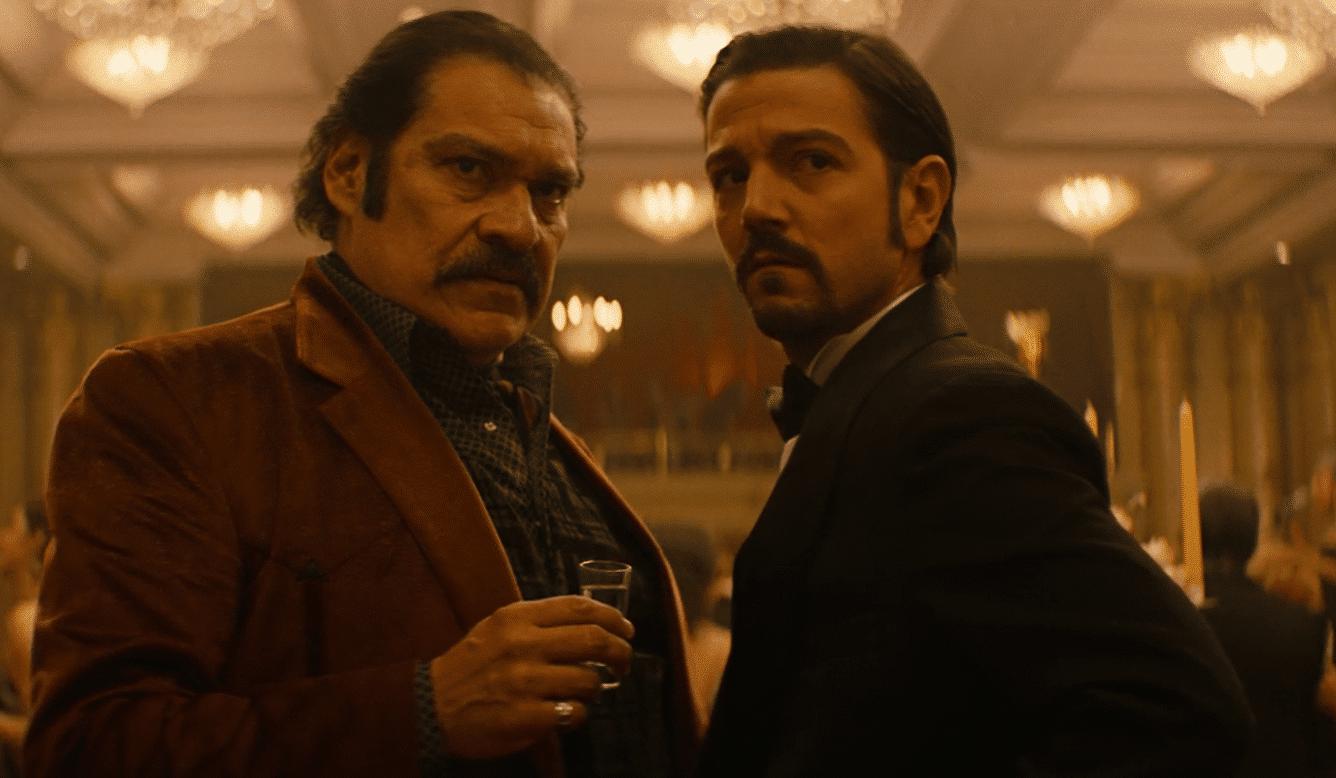 ‘Narcos: Mexico’ is a companion series of ‘Narcos.’ While the latter depicts the drug trade in Colombia, ‘Narcos: Mexico’ is set in the eponymous country and revolves around the emergence of the cartels. The first season predominantly focuses on Miguel Ángel Félix Gallardo (Diego Luna), an ordinary pot farmer who becomes the El Jefe de Jefes (“The Boss of Bosses”) of the Mexican cartels, and Kiki Camarena (Michael Peña), a young and tenacious DEA agent who sets out to bring Félix down with grim determination.

In the sophomore season, Félix is more powerful than ever but still finds himself struggling in the constantly shifting landscapes of Mexican politics and the drug trade. Meanwhile, a new group of DEA agents arrives in Mexico to bring him to justice. Here are all the important parts of the first and second seasons of ‘Narcos Mexico.’ SPOILERS AHEAD.

The first season begins with the voiceover of Walt Breslin (Scoot McNairy), who appears in person and serves as the main character in season 2. Breslin introduces the audience to the inception years of one of the most violent wars in US history: the war on drugs. Félix’s story starts in Sinaloa, a state in Northwestern Mexico. An ordinary police officer turned pot farmer, he is ambitious, intelligent, and resourceful.

After a brutal raid by the military that results in the destruction of most of the region’s marijuana crop, Félix convinces the local head of trafficking, Pedro Avilés Pérez, to send Rafael “Rafa” Caro Quintero (Tenoch Huerta) and Ernesto “Don Neto” Fonseca Carrillo (Joaquín Cosío) to Guadalajara to negotiate with the local Naranjo brothers to let the Sinaloans shift there.

Predictably, the brothers refuse, but Félix embarks on a brutal takeover. He joins forces with the Dirección Federal de Seguridad (DFS) commander Juan José Esparragoza Moreno or El Azul, who then brings in his supervisor, Salvador Osuna Nava, the director general of the DFS. The Naranjo brothers and Pedro are killed, establishing Félix’s organization as the primary marijuana trafficker in the region. Don Neto’s nephew, Amado Carrillo Fuentes, becomes a part of the organization. Ambitious as ever, Félix brings together most of the plazas under his umbrella, creating an intricate network of traffickers. 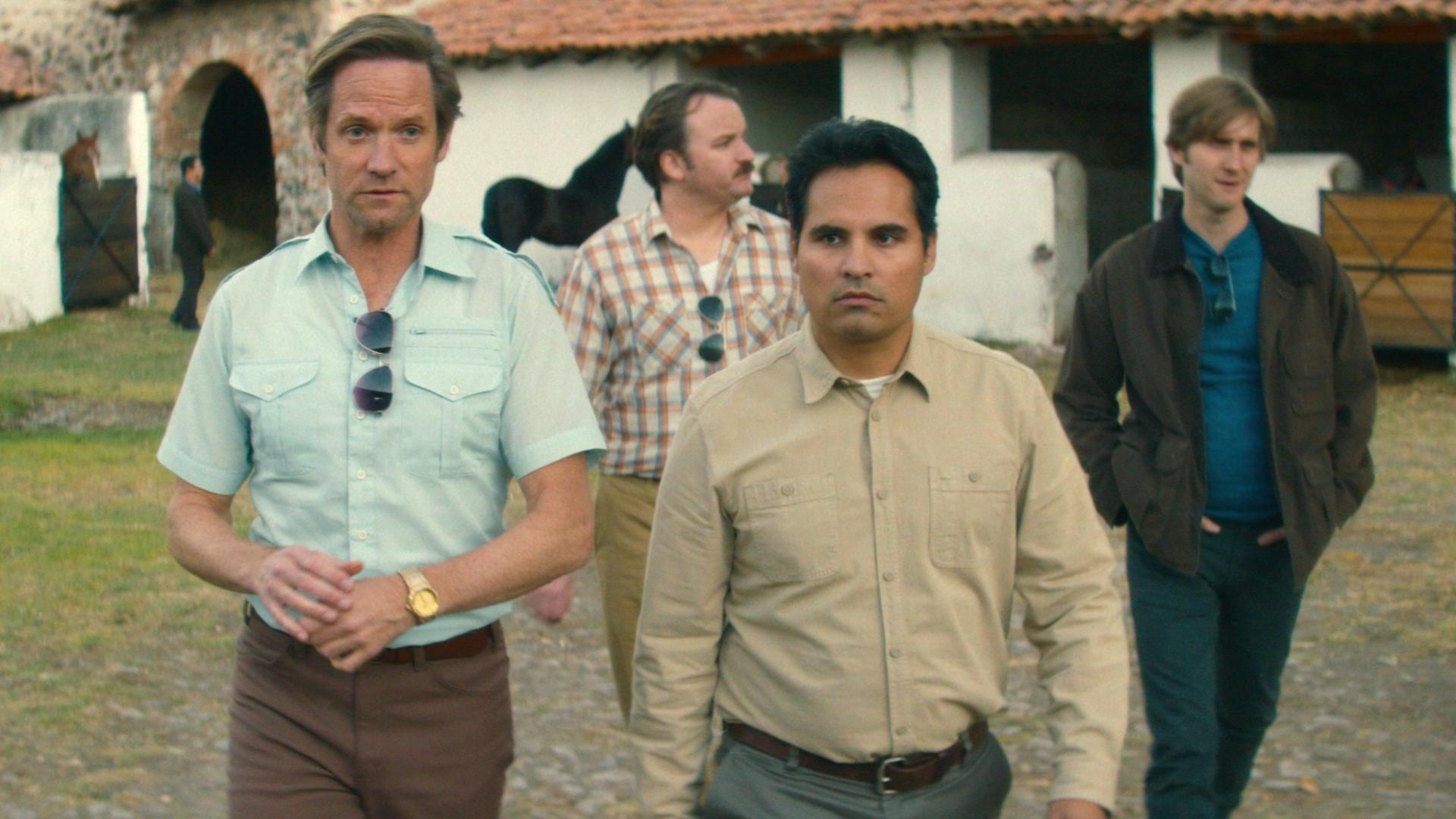 Rafa has developed a particular type of seedless weed, which he has planted in an expansive land in the desert. With the crop it produces, everyone in Félix’s sprawling organization becomes wealthy. Meanwhile, Kiki arrives in Guadalajara with his wife, Mika, and their children. He joins the local DEA branch, where his colleagues are Jaime Kuykendall, Butch Sears, and Roger Knapp. Kiki is relatively new in law enforcement and hasn’t lost his idealistic side yet. He gradually realizes that crime in the border areas of Mexico has become organized and deduces that someone must be behind it.

After Rafa seemingly abducts Sofia, the daughter of a minister in the Mexican government, Félix is pressured by his partners in the administration to give up Rafa. But on his wife Maria’s urging, Félix decides to weather the storm. He later decides to diversify and turns his organization into a carrier of cocaine from both the Cali and Medellín Cartels in Colombia. This creates a wedge between him and Rafa, as the latter feels that his role in the organization as the grower of their main product has suddenly reduced.

Félix secures a powerful backer in the Mexican government, known in the series simply as Mr. X, which effectively makes his deal with Nava redundant. The next time the latter insults Félix, he kills the director-general of the DFS, and El Azul subsequently begins working for him. After the US government burns down Rafa’s marijuana field, El Azul convinces him to kidnap Kiki. On Mr. X’s instructions, Kiki is tortured for information about the DEA’s investigation. However, the US response to the abduction surprizes Mr. X. The Mexican and the US government jointly launch a search and rescue operation which ends when Kiki and his pilot’s bodies are found.

Félix, Rafa, and Neto are forced to go on the run, prompting Isabella (Teresa Ruiz), a longtime but jilted associate of Félix, to suggest to Benjamín Arellano Félix of the Tijuana Plaza to take control of the cartel. However, Félix makes a new deal with the government. He gives them Rafa and Neto to prosecute for Kiki’s murder and reclaims his position as the leader of the cartel. The season ends as the DEA sends Breslin and his team to Mexico as part of Operation Leyenda to bring down the Guadalajara Cartel for good.

At the end of season 1, Félix’s marriage with Maria ended after he told her that he didn’t need her. In season 2, he is married to a woman named Daniela. Félix’s family and subordinates throw him a 40th birthday party. Meanwhile, Breslin and his crew grab the doctor involved in Kiki’s torture and send him to the US to be tried. They then grab the main torturer, who is a high-ranking officer in Mexican intelligence. They put him through the same horror that Kiki endured, and he eventually reveals the name of Rubén Zuno Arce, the nephew of Mr. X. it is through Rubén that Félix initially reached out to Mr. X.

The already volatile relationships between the plazas become violent. Félix tries to form a new partnership with Juan Nepomuceno Guerra and Juan García Abrego of the Gulf Cartel. But they betray him and reach out to Cali Cartel, bypassing Félix altogether and creating a professional relationship with the source of the product. This forces a desperate Félix to agree to transport 70 tons of cocaine. When Amado, in charge of getting the drug from Colombia to Mexico, voices his disagreements about this, Félix makes it clear to him that they have no other choice. 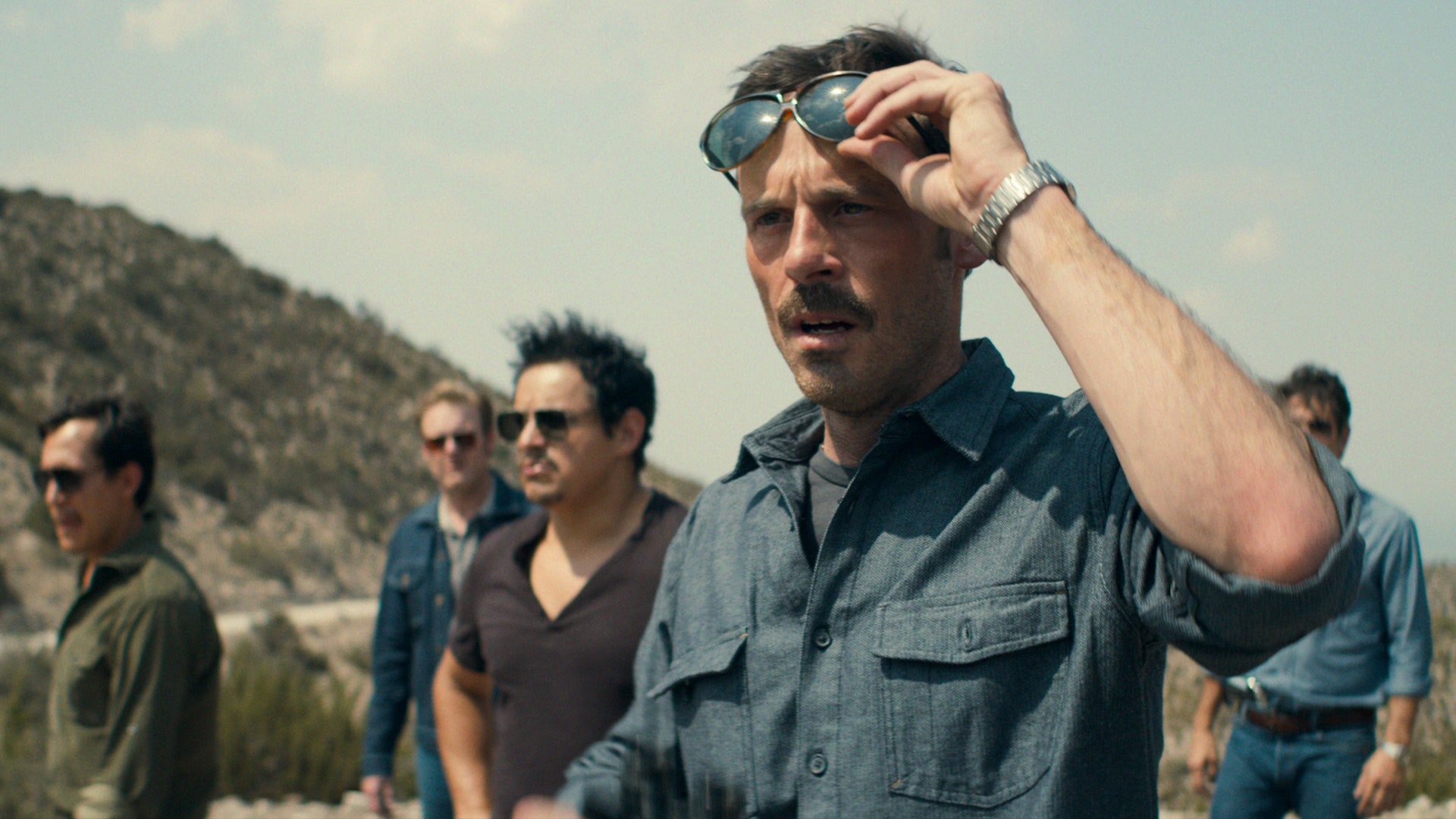 After Rubén gets arrested, Mr. X loses the favor of PRI, the ruling party in Mexico, and a new prospect for presidency emerges. Félix tries to bribe this politician and his brother but later discovers that they have other backers because of their neo-liberal policies. With the help of the plazas, Félix rigs the election in favor of the brothers, ensuring their victory over their leftist opponent who would have won otherwise. Elsewhere, despite Breslin’s best efforts, Pablo Acosta, the leader of the Juárez Plaza, is gunned down.

While trying to destroy the cocaine as it lands in Mexico, Breslin and his men fall into a trap, and most of them are killed. Commander Guillermo González Calderoni lets Breslin go back to the US. When it seems that Félix has won everything, he squanders it away by getting the wife and children of Héctor Luis Palma Salazar, the leader of the Sinaloa Plaza, killed. The conglomerate dissolves, and Maria, with whom Félix had reconciled, leaves him. The Mexican government subsequently arrests Félix to show the US government that they are willing to be an ally in America’s war on drugs and be part of a trade deal that later became NAFTA.

They and Guerra and Abrego of the Gulf Cartel promise each other that there will be peace between them. At the end of the second season, Breslin visits Félix in prison, and the latter warns him about the upcoming bloodshed. Without him to rein them in, Félix predicts that the newly-formed cartels will tear each other apart.