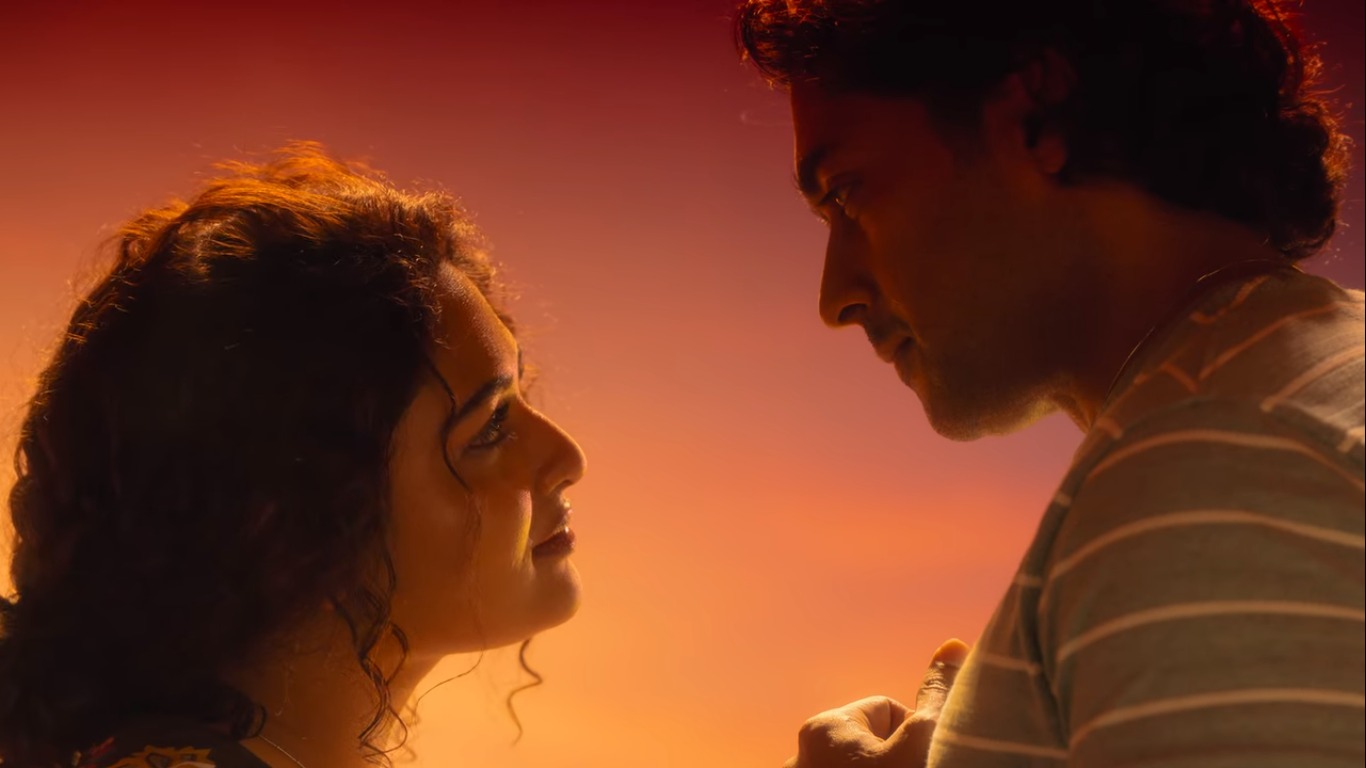 ‘Navarasa’ is an Indian anthology series composed of 9 short stories, each with a philosophical interpretation of emotions. The stories are wildly varied, and episode 9, titled ‘Guitar Kambi Mele Nindru,’ is a meandering, musical love story that is as romantic as it is realistic. An unexpected spark between two musicians leads to a connection so deep, even the characters involved are surprised. The ending, however, is a melancholy balance of success and sorrow that tugs at the audience’s heartstrings, much like the songs embedded in the story. Let’s get better acquainted with the nuances of this delicate tale and see what it’s trying to tell us. Here is ‘Navarasa: Guitar Kambi Mele Nindru’ ending, explained. SPOILERS AHEAD.

The story opens with Kamal being announced as a Grammy Award nominee. As he ascends on the stage to begin his performance, we are taken back a few years to his home in Tamil Nadu, where he lives with his mother. The release of the film he has composed music for has been delayed again. His mother consoles him by saying that people will still hear the music he made and that he has so much more to offer. Kamal responds by saying that he cannot find the audience and teachers he needs in India. To widen his horizons, he must go to London, for which he has already thought out a 5-year plan. All he needs is for his mother to agree to come along with him as he cannot imagine leaving her alone. 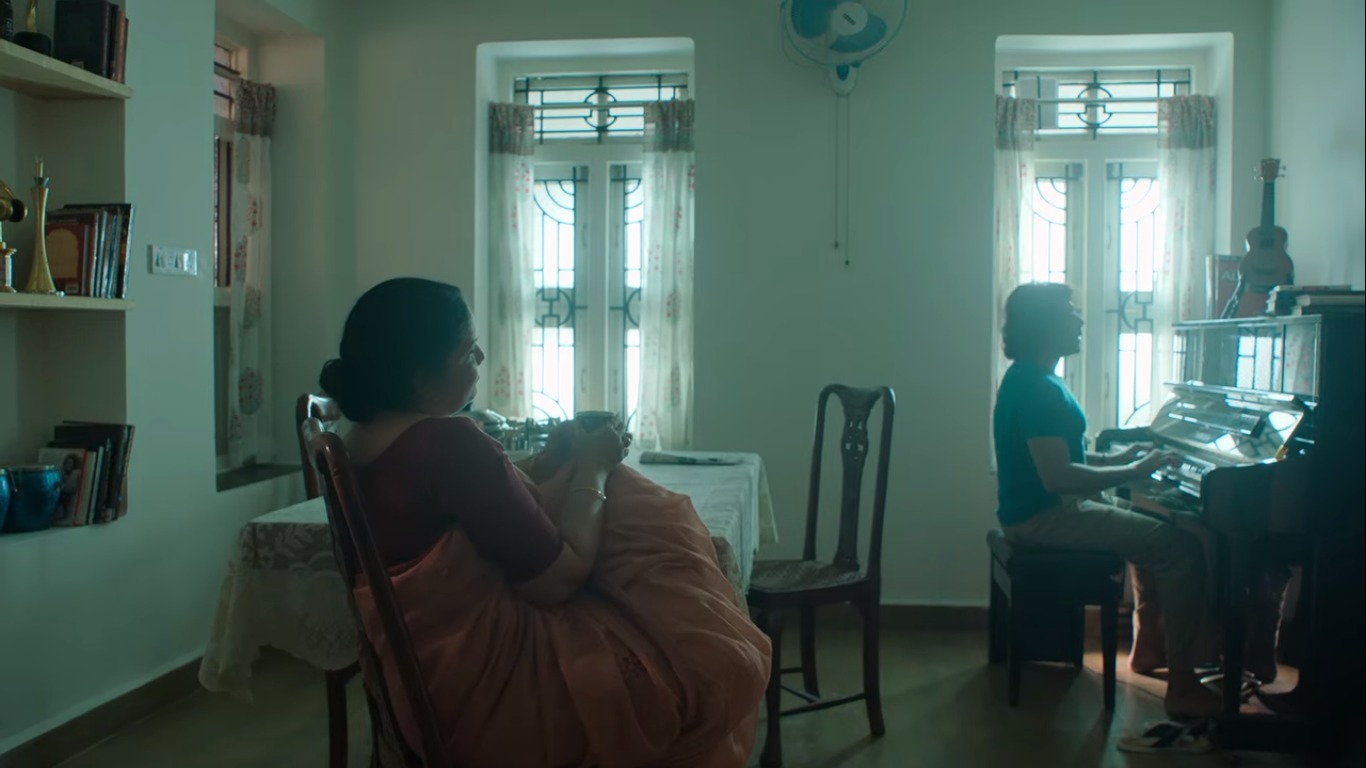 Later, at his studio, a girl named Nethra comes in for a recording session. Kamal is instantly attracted to her, and she, in turn, is a huge fan of his music. While she talks, the musician is struck by how much her words echo the supportive words of his mother. He finds himself falling in love and realizes that his plans for moving to London will go astray.

They part ways, but Kamal soon notices her walking home and offers her a lift on his bike. As they ride, Nethra confesses she feels a special connection to Kamal. The two continue to slowly unravel each other’s feelings, and Kamal finally acknowledges his feelings for her as well. He briefly feels uneasy about their 10 year age gap (she’s 22, he’s 32), but Nethra says that that is a problem for the future and not worth worrying about now.

Navarasa: Guitar Kambi Mele Nindru Ending: Do Kamal and Nethra End Up Together?

Near the end of the episode, we see Kamal and Nethra embark on a whirlwind romance leading to their tenth day together when they kiss. This matches the song Kamal composed on the day they met. We are then taken back to the present, where the musician, now a famous Grammy nominee, confesses that he and Nethra are no longer together. He refuses to go into details but then sings a song that gives us clues about what might have happened. The episode closes with scenes of Kamal and Nethra played in reverse, stopping just before the moment they meet for the first time. 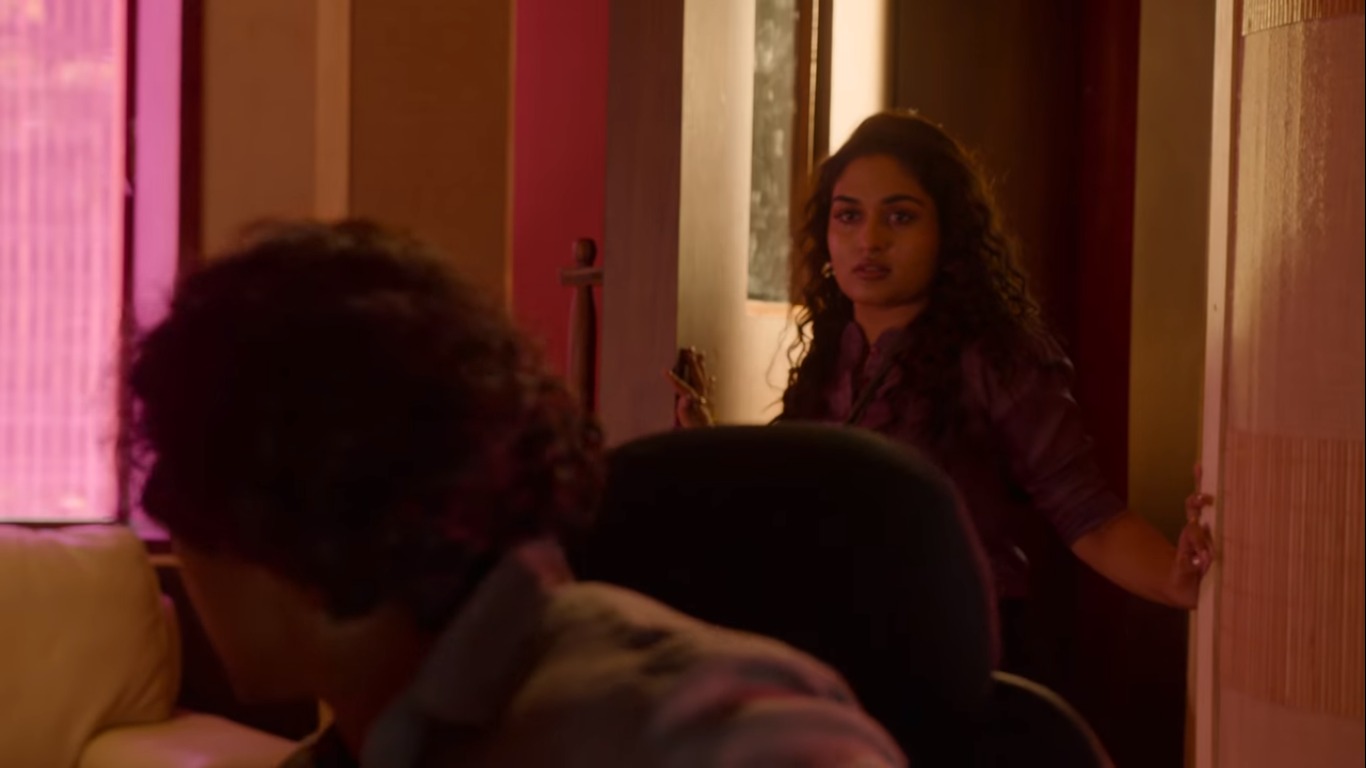 The giddy and surreal connection that Kamal and Nethra feel soon after meeting promises to blossom into a deep love. The more we see them together and get to know their feelings, the more they seem perfectly matched. Kamal is astounded by how many of his thoughts Nethra echoes, including his dreams of going to London to pursue music. In addition to the physical and mental attraction he feels, what convinces him of their connection the most is that her words sound like his mother’s words. Nethra, for her part, is drawn to Kamal’s immense talent, deep and soft manliness, and his “vibe.” She also confesses to falling for him after watching him perform on stage. 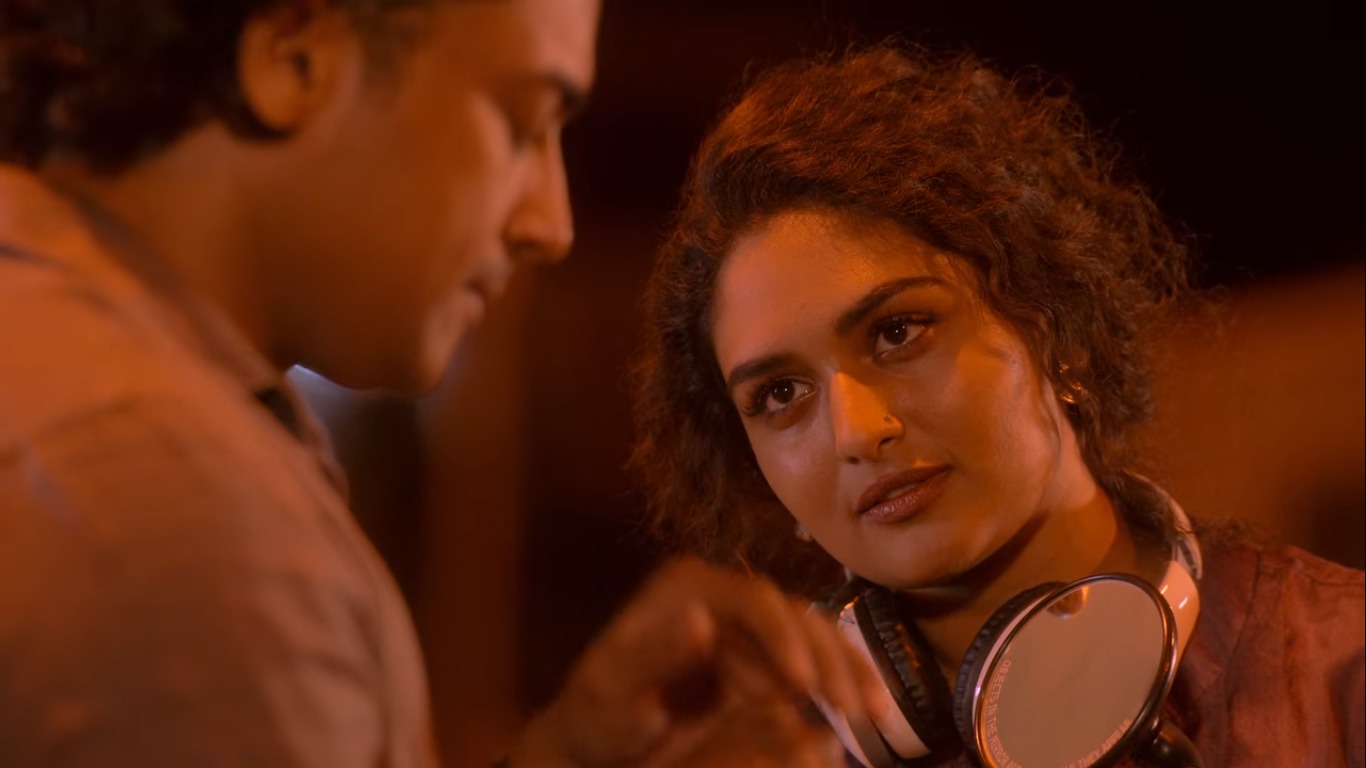 We see the two embark on a romance, with Kamal also introducing Nethra to his mother. On their tenth day together, the two talk about being intimate, but Kamal also mentions that he will have to leave for London at some point in time. We are not privy to what happens next but only know that the two eventually broke up because the present-day Kamal is not with Nethra. According to his song, she got over him, and despite him trying to hold on to her, she “disappeared.”

Why Did Kamal and Nethra Break Up?

We are not given any clues as to the reason for the two breaking up, but given what we know, it’s possible that the much younger Nethra eventually found someone else that met her fancy. Additionally, Kamal leaving for London could have also played a part in them going their separate ways. They could’ve attempted to have a long-distance relationship with Kamal, who seems to have an affinity to long-term plans (like his 5 year London plan), making a roadmap for their life together. However, Nethra, who seems very impulsive from the start, probably wasn’t comfortable following such a charted course and broke away. 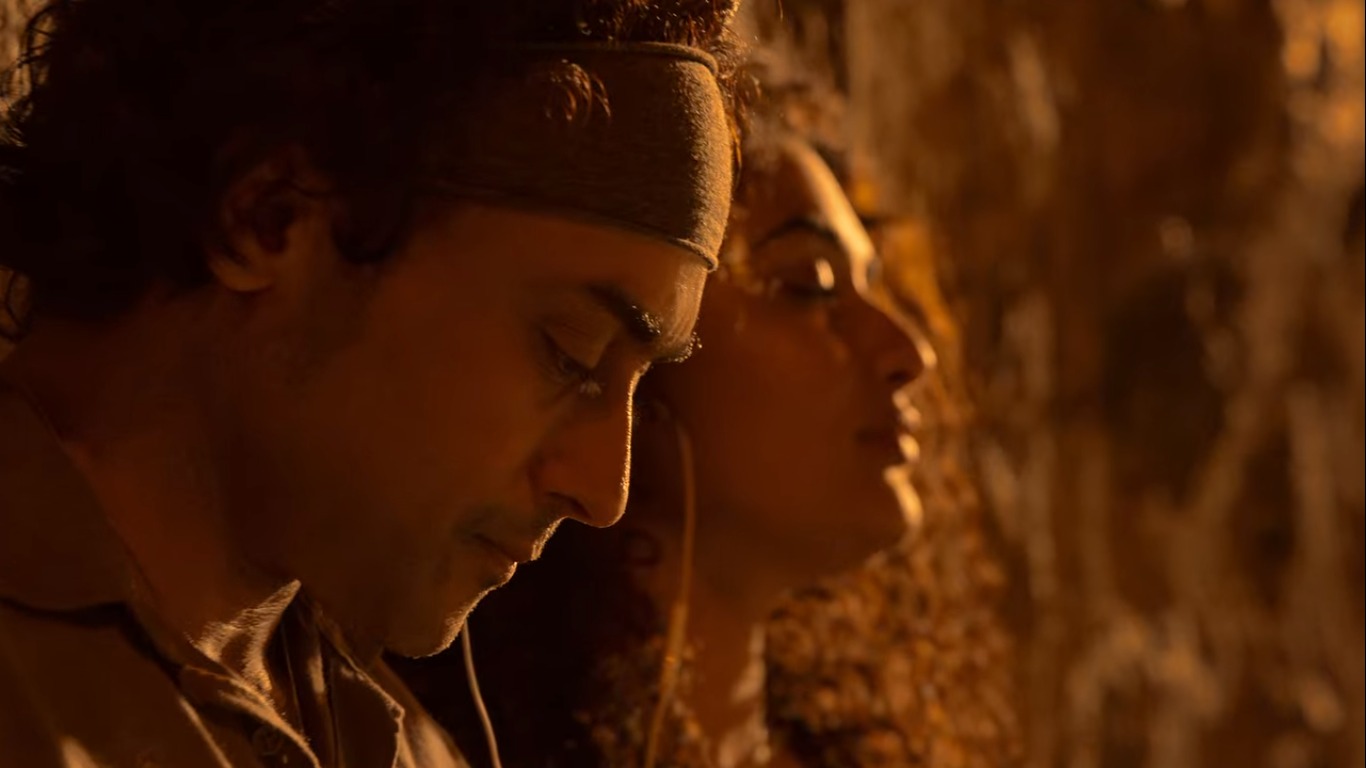 In a subtle but poignant detail, Kamal’s song — explaining his time and break up with Nethra — is in his native language Tamil. Considering he’s performing in London, most of the audience probably does not understand the song and therefore remains clueless about what happened between the two of them. However, we get a glimpse of why they might have broken up since the song is translated into subtitles for viewers.