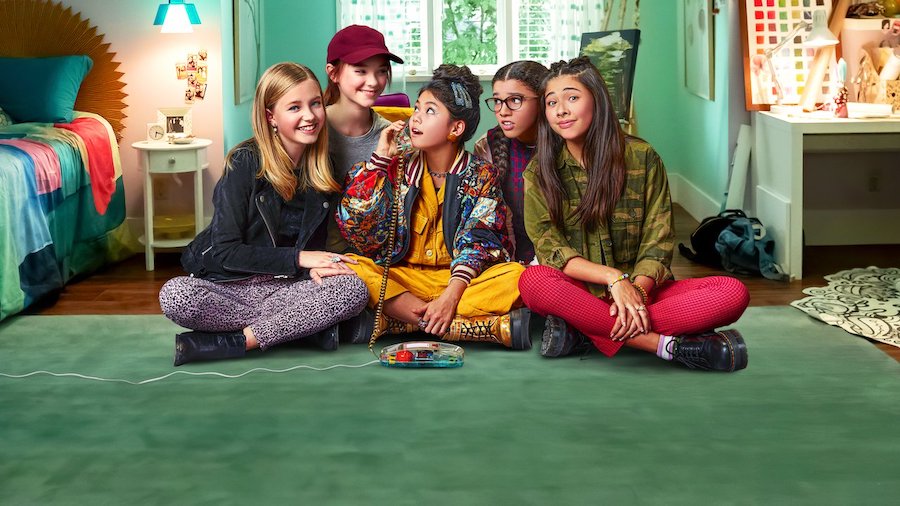 Netflix’s ‘The Baby-Sitter’s Club’ follows the story of a group of girls who tap into their entrepreneurial spirit and decide to start a business of their own. The idea of jumping into the market of the babysitting business comes to Kristy Thomas, who watches her mom struggle with hiring a babysitter at the last minute. She also notices just how much money her mother is willing to pay for the job, and finds that there is a serious vacancy in this business, one that she and her friends can fill.

The story begins with the group coming together, but it soon becomes more than about just business. Focusing on the family matters of the girls, we see that every character has unique struggles of their own, which further shapes their personality. This is also highlighted through their surroundings, most importantly their houses and their bedrooms, which are their safe spaces. Hence, getting the ambience right was just as important as focusing on the details of their characters. How did the show do that? Where was ‘The Baby-Sitter’s Club’ filmed? Let’s find out.

Where is The Baby-Sitter’s Club Filmed?

The story of ‘The Baby-Sitter’s Club’ takes place in a small town in Connecticut, called Stoneybrook. The place is the picture-perfect representation of a quiet suburbia where young minds brainstorm to explore their strengths through various initiatives. The place is full of colours, presents beautiful surroundings, and with such a competent babysitter’s club at your disposal, it makes you want to pack your bags and move to this town. Unfortunately, Stoneybrook is not a real place, and the location where it has been shot is not in Connecticut or even the United States, for that matter. Like a lot of other Netflix series, ‘The Baby-Sitter’s Club’ has been filmed in Vancouver, Canada.

Netflix is known for its variety of shows, but it has developed a particularly impressive slate of content for young adults. ‘The Baby-Sitter’s Club’ is yet another addition to that list, and all of it has been filmed in Vancouver. The show follows the trend of other popular YA movies and TV shows like ‘To All the Boys series’, ‘A Series of Unfortunate Events’, ‘Lost in Space’, and ‘The Chilling Adventures of Sabrina’, among others, of transforming the Canadian city for their stories.

‘The Baby-Sitter’s Club’ was filmed in various locations around the city, and some sites in and around Marine Drive were used to film exterior scenes like the ones that take place outside the residence of some of the characters. For the most part, the show takes place indoors, be it at the school, inside their houses, or the places where they are babysitting for others. For these scenes, the crew did not search for real-life locations.

The main characters in the show are a palette of different colours, each bearing their own shade which is represented through their living spaces. For all the five girls, a different interior design for every room was necessary. For this purpose, all the rooms were created on the sound stages on the set. So, while, in the show, it looks like they live at quite a distance from each other, in reality, their rooms are basically a part of one structure.