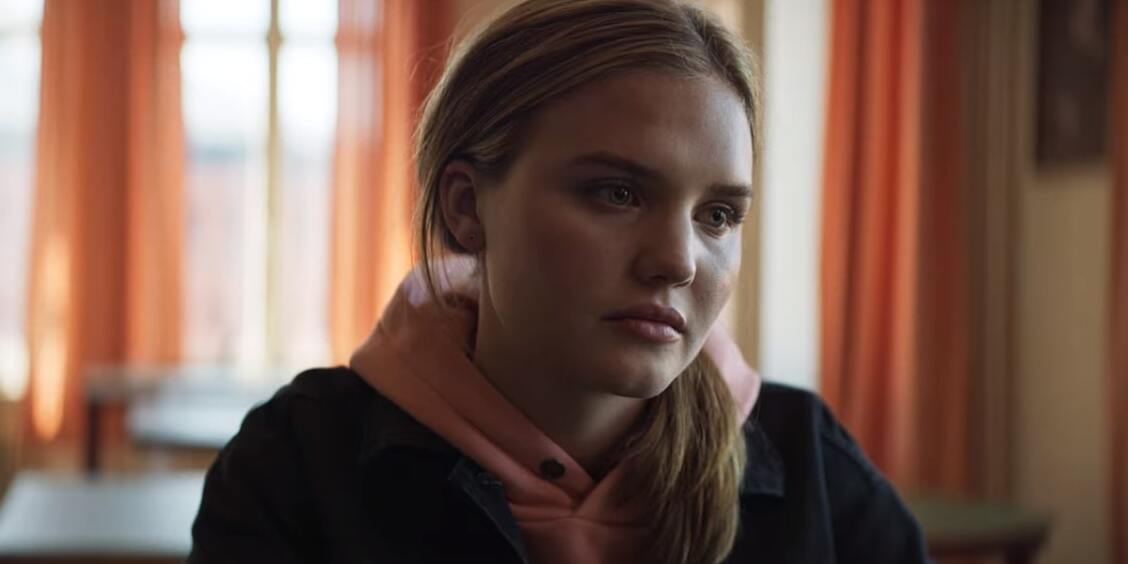 You may have seen a lot of teenage romance drama in your days. However, the Swedish-original Netflix venture JJ+E (Originally titled ‘Vinterviken’) still comes off as a fresh addition to the roster of the popular streaming platform. Alexis Almström directed the tale based on the acclaimed fiction by Mats Wahl, the name of which is also ‘Vinterviken.’ The story revolves around a budding romance between two drama school students, who grow quite close to each other despite their social and economic differences.

She is the elder daughter of an affluent family; he is a hood boy. Will the romance bloom against all odds, or will they find their love stunted against adversities? The movie’s ending gives the tale a celebratory air, but you may miss out on some of the details in the fast-paced ending. In that case, allow us to decode the finale. SPOILERS AHEAD.

John John, Sluggo, and other friends are swimming by the Mälaren lake, and in the meantime, Sluggo detects a person abandoning his boat by the dock. Sluggo and John John take the boat to the posh side of the lake. A girl jumps from a cliff into the water, and as a man falls on her, she almost drowns. John John seizes the opportunity to jump into the water and rescue the girl, and he becomes a real hero in the eyes of the locals.

The girl’s name is Patricia, and her thankful father is Frank. Frank excuses himself, and John John veers off to meet Elisabeth, Patricia’s elder sister. The boys take their leaves, only to show up later for a burglary attempt. Meanwhile, John John is signing up for a drama course in the school, and unbeknownst to him, Elisabeth is there as well. Although they stay quite close, the two have strikingly contrasting lives.

JJ+E Ending: Do JJ and Elisabeth End Up Together?

John John and Elisabeth first exchange glances at her home, where John John and Sluggo are taken to after rescuing Patricia from the lake. Elisabeth’s father is sympathetic about JJ’s social condition, but JJ does not quite know what Frank is talking about. To think of it, Elisabeth and John John are quite different as people, although they inhabit the same city. Elisabeth has lost her mother, while JJ has his mother’s abusive boyfriend in the place of a father. Elisabeth comes from an affluent family, while JJ was born and brought up in a ghetto.

And while Elisabeth is never afraid to speak her mind, John John is a pushover who is mostly controlled by his criminal friend Sluggo. After returning from Elisabeth’s house, John John and Sluggo take the team back to the location for a burglary attempt. Elisabeth’s father has known about this for a long time but does not show the security footage to his daughter so that she does not get upset. However, John John wears one of the stolen watches at the party in the jungle (presumably to impress Elisabeth), and he has to pay a hefty price for wearing that watch. On their way back home, Elisabeth sees a car and asks for a lift. But the people inside the car are not really friendly – they are muggers. After taking the jewelry, wallets, and phones, they see the expensive watch that John John is wearing. 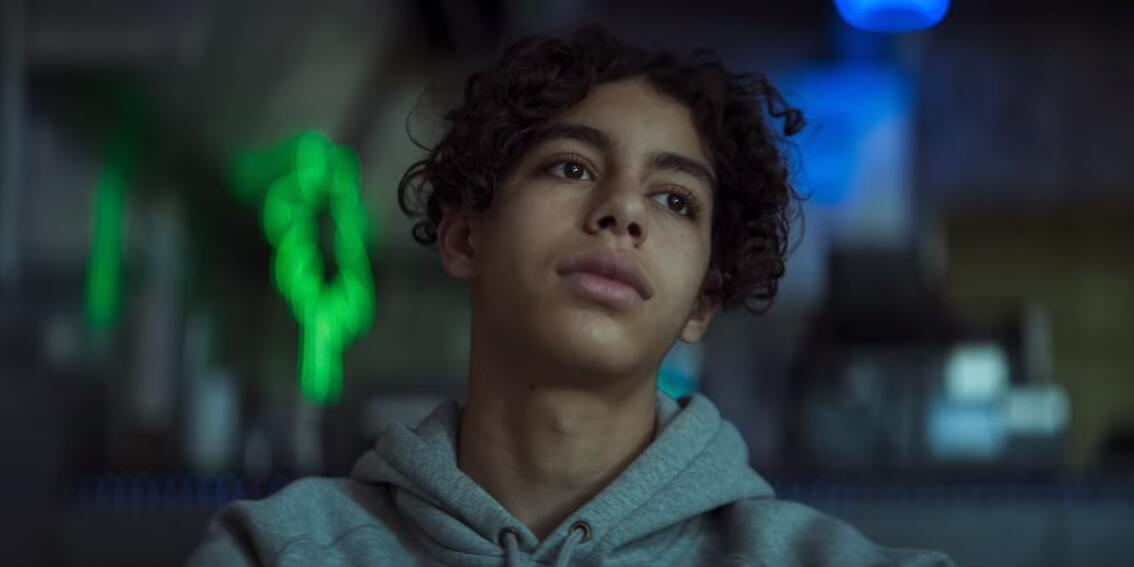 Although John John does not want to give the watch away, it looks as if he has no better option. As he delays giving the watch to the highwaymen, they push Elisabeth down on the road. She is injured and infuriated. The thought of facing Sluggo fills John John with dread. When Sluggo puts pressure on him, John John gives the idea of robbing the expensive musical equipment of the drama school. Dead at night, they sneak into the building, following the same way that Ulla showed to John John earlier. The following morning, drama teacher Jacob comes into the school to find the valuable gadgets missing. John John has not shown up for class, and Sheila naturally has a fat suspicion of JJ.

Elisabeth’s father issues a warning against her relationship with John John, and later, John John explains everything over a voice message. However, Jacob thinks that John John deserves another chance, even if he knows JJ’s involvement in the burglary. Hailing from a poverty-riddled social background, John John is lured into crimes from an early age. But Jacob sees glimpses of goodness in him and is therefore willing to let him go. Elisabeth is conflicted, but it seems that she agrees to give him another chance as well. After the shocking accident, John John meets Kiba before going to teach Tariq a lesson.

But Kiba gives Elisabeth a timely call, and they rush to the scene to stop a tragedy from happening.  But John John takes the right decision and calls the cops before pulling the trigger. The police take him into custody, but there is a final twist. Elisabeth intercepts the police vehicle with her scooter, and the police are forced to take her into custody as well. The cufflinked couple kiss in the final scene as the car is taking them to jail. The ending suggests that the bond between the two remains stronger than ever, even in the face of adversities.

Is Sluggo Dead or Alive?

Sluggo is seemingly a terrible influence on John John. He is something of a small-time hood mafia, robbing places and people to make a living. Although he initially comes off as a brother figure to John John, we come to know that he only cares about John John as long as he acts on behalf of Sluggo’s vested interest. Following the burglary of the school, John John is visibly upset, thinking about the drastic implications of the act. He does not talk much, while Sluggo, like every time, asks John John to relax. 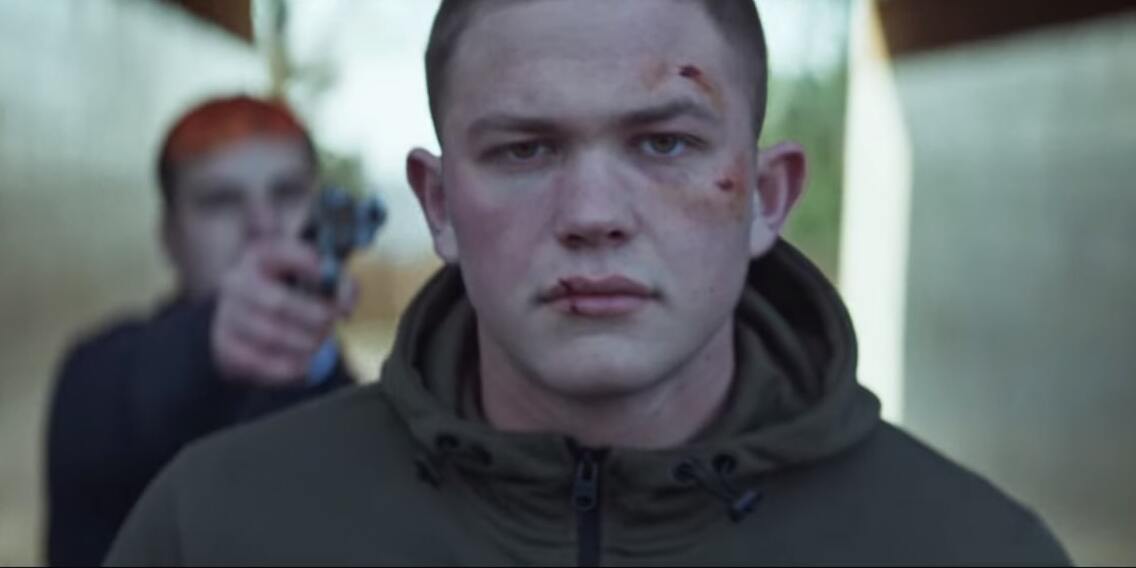 However, Tariq creeps up from behind, and Sluggo has to say some nasty things to him. Sluggo asks Tariq to stay away from his girlfriend Nancy. Tariq is Nancy’s ex-boyfriend, and the humiliation is too much for him to take. It does not take Tariq long to bring out the gun and pull the trigger. In the next scene, we see a devastated John John being consoled by Kiba. His rage indicates that Sluggo is dead after the incident. John John buckles up to see Tariq and teach him a lesson, which brings us to the amusing final turn of events. He calls 911 and evades a bloody gunfight. The mature act seemingly reassures Elisabeth of John John’s innocence, and they reinstate their relationship, albeit under difficult circumstances.

Read More: Where Was JJ+E Filmed?