Clerks III: Everything We Know 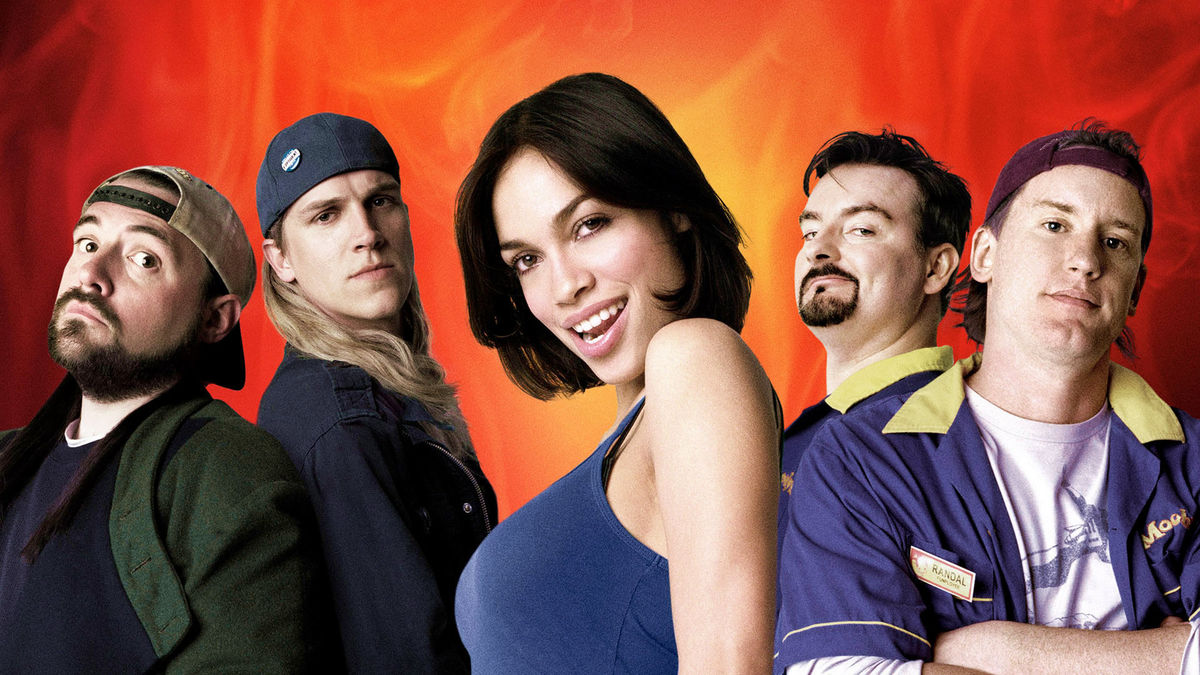 Lauded American writer, comedian and filmmaker Kevin Smith’s personal passion project, ‘Clerks’ released in 1994 and kick started his career along with his View Askewniverse series of films including numerous successful titles such as ‘Mallrats’, ‘Chasing Amy’, ‘Jay and Silent Bob Strike Back’, etc. With the recent news that ‘Clerks III’ is now official and likely to be Kevin Smith’s last major directorial effort, here’s everything we know about concluding chapter in the multiple decade spanning saga.

Clerks 3 Plot: What Could it Be About?

According to series writer and director Kevin Smith, ‘Clerks III’ will be a direct sequel to ‘Clerks II’, and will pick off sometime after the events of the second movie. Both Dante and Randal will be significantly older in the movie and will face new challenges as part of navigating their new middle-aged reality.

The plot itself is reportedly inspired by an actual life altering heart attack that Smith suffered through back in early 2018. According to him, “Randal has a heart attack, decides that he came so close to death, and his life has meant nothing, there’s nobody to memoralize him, he has no family or anything like that, and in the recovery, while under fentanyl, he comes to the conclusion at mid-life, having almost died, having worked in a movie store his whole life and watched other people’s movies, he tells Dante, I think we need to make a movie. So Dante and Randal make Clerks”

Now, this is a very meta approach by Kevin Smith to what is very likely the conclusion to his View Askewniverse universe. Making a movie about their humdrum lives is exactly the sort of ill thought out hijinks Dante and Randal would get into, and the original ‘Clerks’ is exactly the type of movie the two misfits would produce.

The movie doesn’t have much of a plot driving it forwards, and mostly highlights the interactions between these two characters and whatever shenanigans they get into together. The first film was also filmed in black and white, which fits in quite well with the general low effort, low quality vibe given off by the two convenience store workers. In the previous Clerks movies, Dante always seems to be in the middle of a love triangle of sorts. This time around, he is likely to be a father (as revealed in ‘Clerks II’) and may have finally settled down as a family man of sorts.

According to Kevin Smith, ‘Clerks III’ is something of a personal biography, with him telling stories that are close to his heart. Since the movie will recreate key portions of the original film, we can expect a lot of the original cast to make a return in some capacity, including professional loiterers and drug peddlers Jay and Silent Bob.

Clerks 3 Cast and Crew: Who Could Be Behind The Movie?

American filmmaker, actor and comedian Kevin Smith is writing and directing ‘Clerks III’, which is partly based on his own real life experiences. Smith is best known for his work in horror movies such as ‘Red State’, ‘Tusk’ and ‘Yoga Hosers’.

Brian O’Halloran will reprise his role as Dante Hicks and so will Jeff Anderson as Randal Graves. Jason Mewes as Jay and Kevin Smith himself as Silent Bob are also very likely to return. The rest of the casting is still yet to be confirmed.

Clerks 3 Release Date: When Will it Premiere?

‘Clerks III’ was only officially confirmed in October 2019. Production has not yet commenced. I expect ‘Clerks 3′ to release sometime in 2021 or later.

The first ‘Clerks’ movie came out in 1994 and was an unexpected hit at the box office. The movie was an independent buddy comedy film completely filmed in black and white on a shoestring budget of $27,575. It featured American actor Brian O’Halloran as Dante Hicks, a young man working as a retail clerk at Quick Stop Groceries in the city of Leonardo, New Jersey. Dante’s best friend and fellow slacker Randal Graves (played by actor director Jeff Anderson) works at a video rental store next door and joins Dante at Quick Stop when he is unexpectedly called in to fill in for a coworker.

The two friends slack off from their jobs and spend their time philosophizing about a wide range of topics including movies, sex and nightmare customers. Eventually, they even leave the store, playing rooftop hockey with a bunch of their other friends and even visiting the funeral of one of Dante’s ex-girlfriends.

Things fall apart for him when he ends up dumping Veronica for Caitlin, who herself suffers a heart attack when a case of mistaken identity and a sexual encounter in the Quick Stop bathroom leaves her in a catatonic state. Meanwhile, a couple of loitering drug dealers called Jay and Silent Bob (played by Jason Mewes and Kevin Smith respectively) invite Dante and Randal to a party, where they end up fighting and eventually reconciling while acquiescing to the fact that they are not as “advanced” as they seem to think they are.

A sequel titled ‘Clerks II’ came out well over a decade later in 2006, this time with an expanded budget of $5 million and a full color presentation, and achieved worldwide critical and commercial success. In the film, 11 years have passed since the events of the first movie. Dante, who is still a minimum wage worker at the Quick Stop convenience store arrives there one day to find it burning due to an errant coffee pot left on all night by his friend Randal Graves.

A spanner is thrown in the works when Becky reveals to Dante that she is pregnant with his baby, after a one night stand the two had some weeks ago. Dante tells her he loves her, but she gets angry at him and leaves when he breaks her trust by telling Randal of her pregnancy. Randal then tells Dante to go after Becky, and even throws a surprise going away party for him with an exclusive show by “Kinky Kelly and the Sexy Stud”, a rather revolting novelty act involving a sex deed.

Emma arrives and breaks up with Dante, which is followed by the arrival of the police, who arrest Dante, Randal, Elias as well as Jay and Silent Bob, who just happened to be loitering about the premises. While in jail, Dante and Randal reconcile their differences and decide to buy the Quick Stop and run it themselves with the help of funding from Jay and Silent Bob, on the condition that they be allowed to loiter as much as they want.

While we wait for more news about ‘Clerks III’, you can watch the trailer for ‘Clerks II’ ’right here: