Nick Uhas From Blown Away: Everything We Know 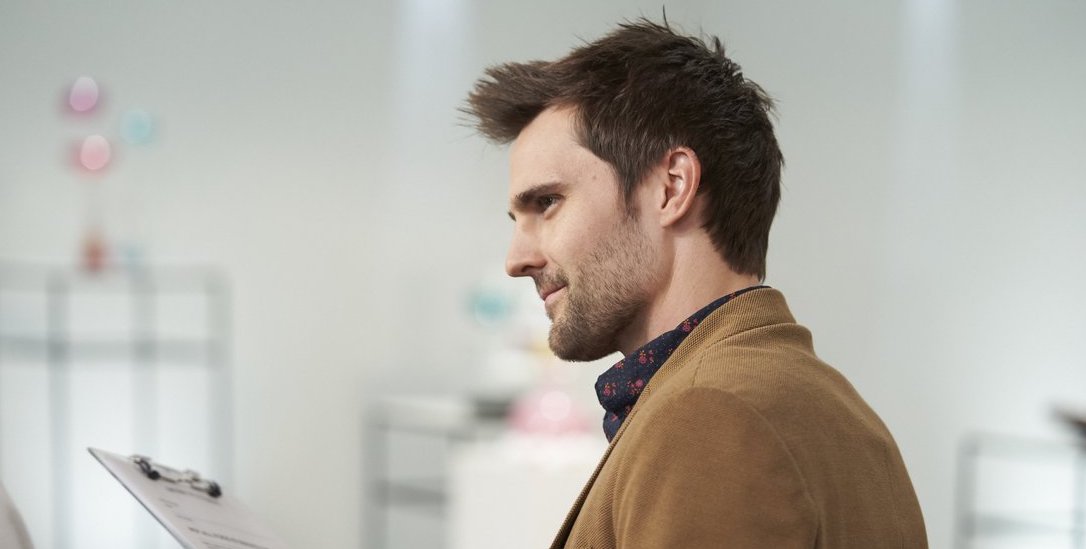 ‘Blown Away’ is a hit reality competition show that pits 10 craftsmen against one another to see who masters the art of glassblowing. It is an age-old technique that requires expertise to form glass by inflating molten glass into a bubble with a blow tube’s help. The unique series premiered on the Canadian channel Makeful, and after becoming a fan-favorite, found its home on Netflix. The contestants on the show are as enthralling as the premise and the host, Nick Uhas, is no exception. The viewers have been curious to know more about the witty personality, and here is everything we found out!

Nick Uhas’ parents had both been teachers for Columbus City Schools for 30 years. So it was in a way destined for him to be one. In sixth grade, his homeroom teacher, who was also the science teacher, inspired him to enter the realm of science. After graduating from Hilliard Davidson High School, he was accompanied by his father to travel around the world, and amazingly, the journey took less than 80 days.

Later, Nick, a member of the wrestling team in high school, went to Miami University but relocated to San Diego to pursue professional stunt rollerblading during the sophomore year. Nick hails from a family who had all attended Ohio State University. So, to continue the legacy, he eventually took admission there. In the course of his junior year, he moved away from skating and now holds a degree in biology.

During his graduation, he published a paper in the field of organic chemistry. Interestingly, in his senior year, Nick switched to Yale University and took up a summer video production course, and from thereon, he minored in theater and economics. The decision led him to get acquainted with Kurt Hugo Schneider, a music producer on YouTube, which brought him to New York City.

One of the first things that Nick Uhas’ fans notice about him is his varied choices when it comes to his professional life. He got placed 7th in the North American World Championships in the Aggressive Skating Association. At the age of 17, he qualified as a professional stunt rollerblader for sponsors, including Team Rollerblade USA and Razor Skate Co. In 2013, Nick started a YouTube channel, which now has over 702k subscribers and a website named “Nickipedia” with the sole purpose of teaching pop-science through DIYs and simple experiments.

In honor of #NationalFrenchFryDay (in partnership with @CheckersRallys ) this end of this video is lit (literally) 🔥🔥🔥 pic.twitter.com/3334CsAr3m

Even without him mentioning it on the page, this career choice is clearly an amalgamation of his “passion for creating video content with my (his) love for learning.” Nick Uhas garnered fame in the television world the same year (2013) he got cast on season 15 of CBS’ reality game show ‘Big Brother.’ He thought it best to channel his celebrity status towards his deep love for science. Thus, he collaborated with BASE Productions to host and produce a science show for The Weather Channel called ‘Brain Storm’ in 2014.

The Australian breakfast program ‘The Today Show’ invited Nick to Sydney to perform three popular (and cool!) science experiments from his Youtube channel. Since then, Nick has made appearances on several shows like NBC’s ‘Today Show,’ ‘The Dr. Oz Show,’ and even for Discovery’s celebration of the 90th anniversary of Pluto’s discovery. He was one of the contestants on ‘America’s Got Talent’ but got eliminated in the Judges Cut. In addition to presenting Fox’s ‘FabLab,’ the TV personality got cast as the host on Netflix’s ‘Blown Away’ in which the chosen contestants showcase their glassblowing skills.

Crediting to his impressive profession and charming looks, it is no wonder that Nick Uhas is a taken man. He is dating Jeanann Grubbs, founder of a new-marketing and production agency, Hour One, LLC. While the ‘Blown Away’ host’s own social media accounts are mostly filled with his mind-blowing science experiments, his beau has shared numerous adorable memories spent together since announcing their relationship in October 2016.

Nick and Jeanna have been happily committed to each other for almost half a decade. Since there is no indication of a proposal, the chances of them getting married soon seem dull. However, the two clearly feel complete with one another as they go on date nights and travel to exotic places across the globe.

Read More: Where Is Cat Burns From Blown Away Now?