Nicole Zanatta From The Challenge: Everything We Know 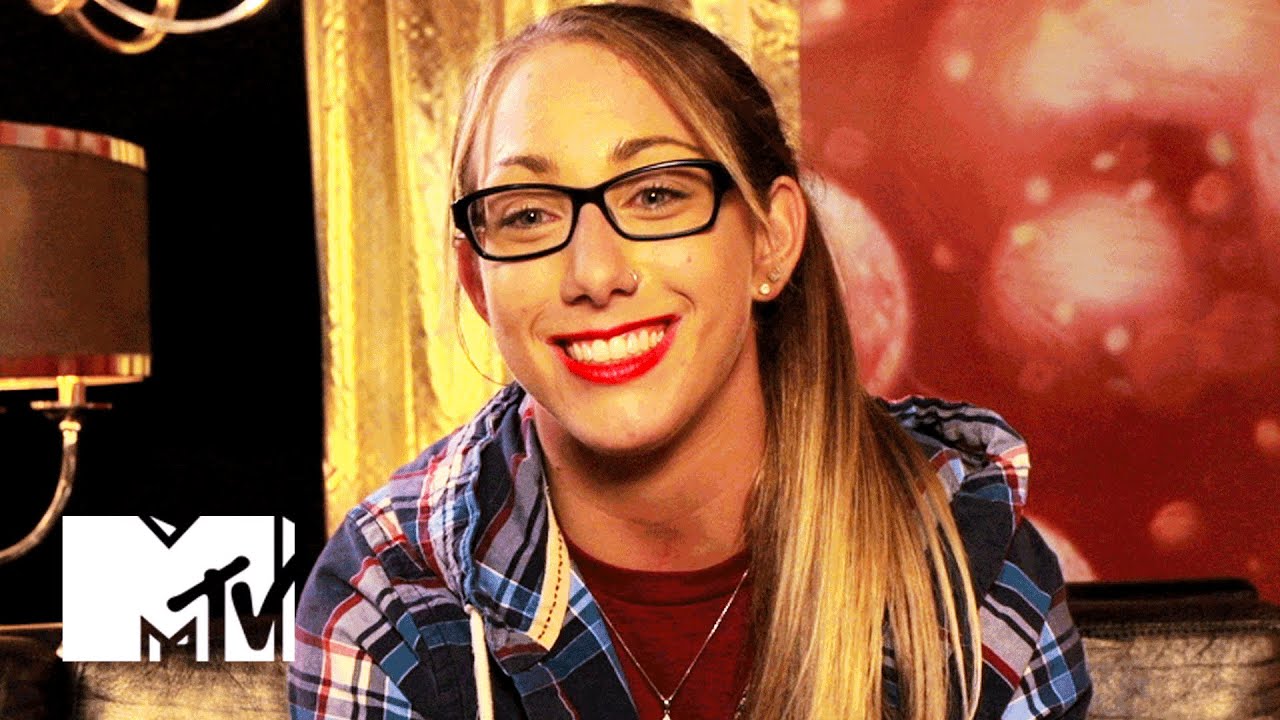 MTV has been showcasing pure talent through the reality game show, ‘The Challenge,’ which puts the contestants’ physical dexterity to test through a series of puzzles and games. Interestingly, the participants come from various MTV and non-MTV shows, and thus, each season of the franchise garners massive fan-following. One of the strongest power players who made a comeback on ‘The Challenge: Double Agents’ is Nicole Zanatta. We got intrigued to dig deeper into the life of the strongest female swimmer on ‘Vendettas’ and here is everything we found out!

Nicole Zanatta was born on October 28, 1990, at Staten Island, New York. The 30-year-old reality TV star hails from a traditional Italian-American family. Her father, Anthony Zanatta, and her mother, Karen Zanatta, had triplets, and so Nicole is one of the three sisters, the other two being Ashley and Samantha. The closely-knit siblings appeared on MTV’s ‘The Real World: Skeletons’ (season 30), and their fans saw the precious bond shared by them despite the basic differences.

Nicole Zanatta passionately followed her athletic interests during her high school years as she participated in track and field at Tottenville High School. From thereon, she earned her graduate degree from St. John’s University along with working as an Emergency Medical Technician (EMT). Around the time Zanatta made an appearance on ‘Skeletons,’ she was still an ambulance technician. The Staten Islander then went on to become a valiant firefighter at Fire Department New York (FDNY). However, the show clearly exhibited her disinterest in settling down, unlike her sisters, who were both engaged at the time. 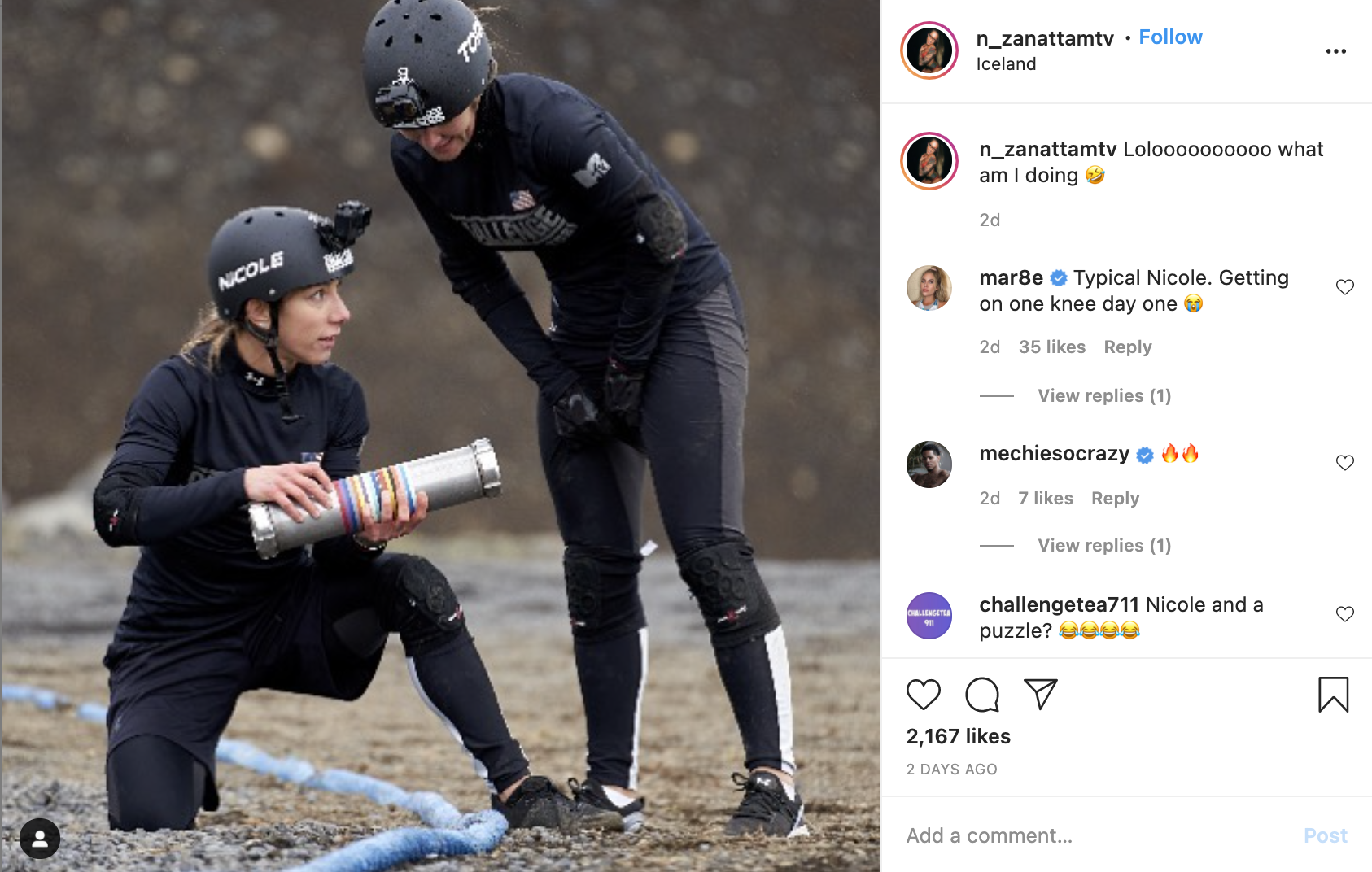 Nicole Zanatta remained steady on her decision to achieve greater heights in life, showcasing an immense potential and ever-burning fire in her heart. She made her reality TV debut with ‘The Real World: Skeletons’ and made recurring appearances on ‘The Challenge.’ Before finally returning on its 36th edition after a four-season break, Zanatta landed as a finalist on ‘Invasion of the Champions’ (season 29) and ‘Vendettas’ (season 31). The talented star with impressive physical prowess participated on another MTV hit show ‘Ex on the Peak,’ on which Zanatta’s emotional strength instead of her brawn got tested.

Nicole Zanatta has had several flings in a short period, but unluckily, most of them have been on national television. There is something undeniably admirable about her audacity as the reality star does not take a step back when there is even the slightest chance of her finding true love. During her stint on ‘The Challenge: Invasion of the Champions’ in 2017, her fellow cast member, Laurel Stucky, fell so deeply in love with her that she went to the extent of revealing her bisexuality to the world. 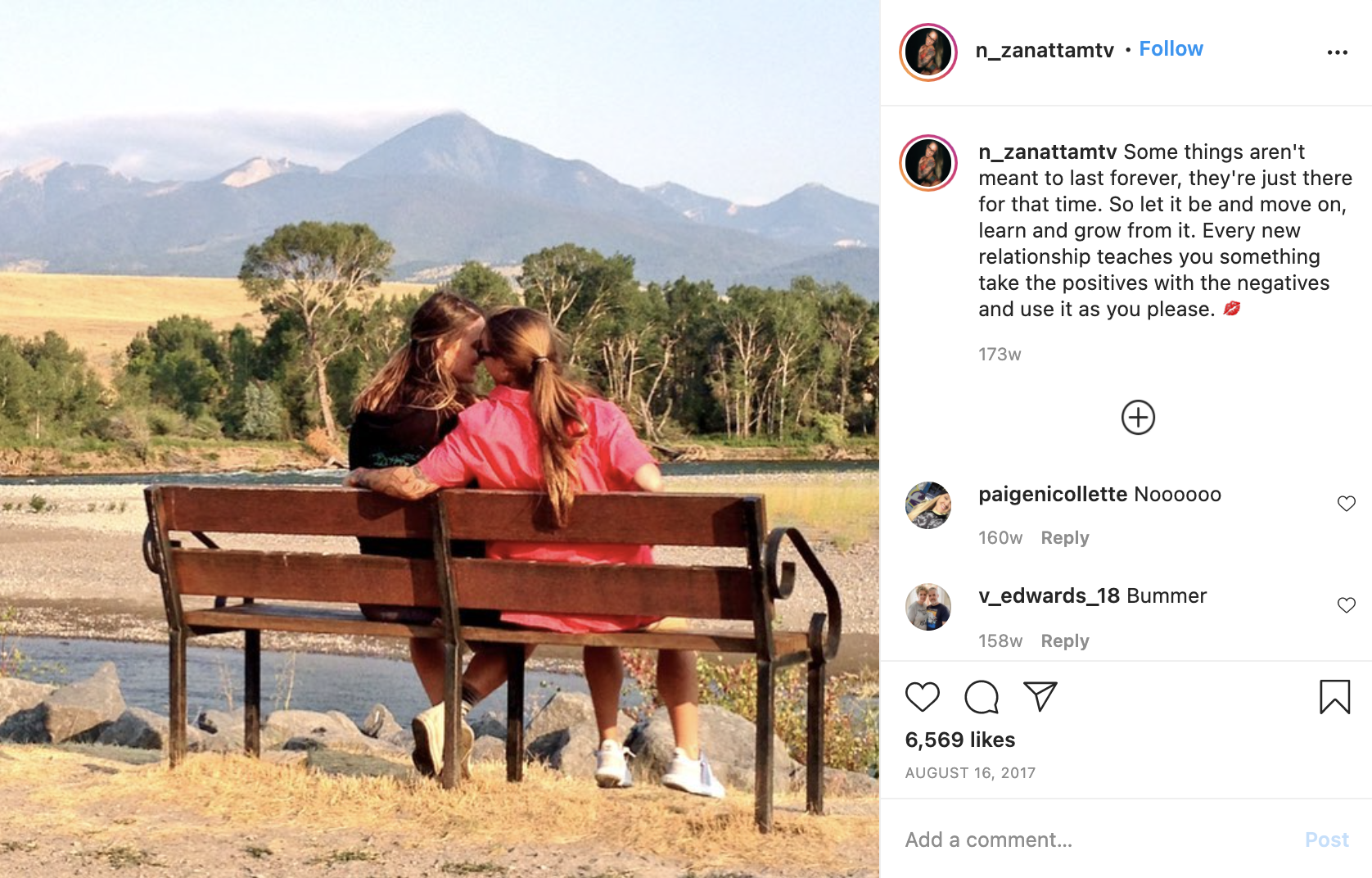 Zanatta stayed right by her side throughout her coming out journey and started dating her after the season concluded. But unfortunately, the former couple did not survive in the real world and parted ways after six months. Nicole Zanatta’s actual roller coaster ride of flings began during the filming of ‘Ex on the Beach: Peak of Love,’ the winter-themed season 4 of the American version of MTV’s hit series ‘Ex on the Beach.’

When the network invited the contestants to New Zealand, the Annadale native did not know that she was exposing herself to hell. The season was pure entertainment as viewers saw Zanatta getting blinded by her exes Laurel Stucky, Jemmye Carroll, and Ashley Caesar. While Nicole Zanatta was originally trying to build a close bond with Allie DiMeco, Laurel’s appearance made her forget all about it within a short span of time. After hooking up with Laurel multiple times, Zanatta began to yearn for her ex-girlfriend, Ashley.

Luckily, they established a strong bond over the course of the season and even gave their fans a sneak-peak into their Californian life on MTV’s new series ‘True Life: Quarantine Stories.’ However, the rumor mill has started churning again. It is being said that there is trouble in Nicole and Ashley’s paradise and their cryptic tweets, in a way, confirm the same. However, there is no official confirmation of the two calling it quits as yet.

Ashley let’s not do this, l I wanted to be with you and God knows I tried and did what I could. You lived in the past and we were unable to resolve issues. I respect you so I’m not about to go here, so like we once said, if you call(ed) me your future wife treat me like it. ❤️💔 https://t.co/HhbKzJ7ngM

Read More: Fessy Shafaat From The Challenge: Everything We Know