Who is Night Angel on The Masked Singer? Latest Clues and Guesses 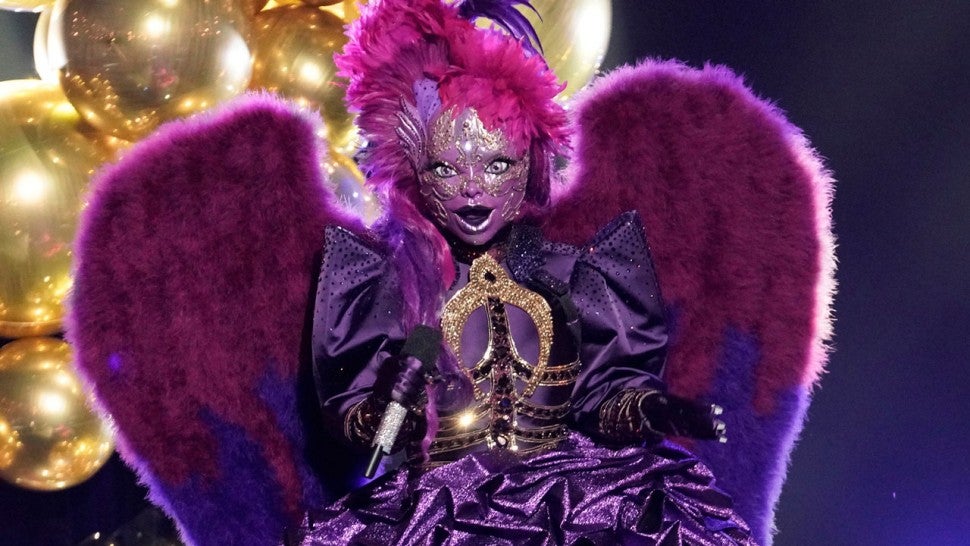 Night Angel has been one of the most compelling performers in ‘The Masked Singer‘ Season 3. Right from the start, her vocal prowess has mesmerized us, although many jokingly stated that her outfit was borderline nightmarish. Naturally, fans have been eager to ascertain who’s behind the Night Angel mask. Luckily, there have been plenty of clues to point us in the right direction.

As the competition heads towards the ‘Battle of the Sixes,’ you might be curious about the identity of Night Angel. We have got you covered right here, with the latest clues and guesses.

Who is Night Angel on The Masked Singer: Clues

Night Angel’s latest clues come from the sing-along episode, where she runs us through the previous packages. We get to see the tricycle, the lipstick heart, as well as the queen and the bee. Apart from that, Night Angel states she turns off the lights and puts a ski mask on while practicing. We prepare for the girl’s night, as the performer gets us excited about her song. Check out the package below.

Based on the latest clues, it becomes more evident that Kandi Burruss is the Night Angel. The ‘Real Housewives of Atlanta’ or ‘RHOA’ star has been quick to deny her involvement in the show, saying that one has to wait and find out. However, she’s pointed out that people guessed she was on seasons 1 and 2, and are now guessing she’s the Night Angel.

We are not thrown off by Kandi’s denial. Her confidentiality agreements prevent her from speaking openly about her involvement in the series. Nonetheless, you can check out the news below, where she denies being a part of ‘The Masked Singer.’

That said, the latest clues do point ideally at Kandi. Turning the lights off, and putting a ski mask on, could be a subtle nod at the time Kandi spoke about a sex dungeon on ‘Breakfast Club Power.’ Check it out here. The queen and bee, when taken together, could refer to Beyonce, who’s often called Queen Bee. She used to be a part of Destiny’s Child, and Kandi has worked with the group. It is also hinted at, in an earlier package, when Night Angel says that ‘Destiny’ led her back to the stage.

The ostrich, seen in the face-off episode, could be a nod to Kandi’s memorable wedding dress, which uniquely included 12-foot ostrich feathers. Finally, the snow globe managed to confuse a few fans. After all, there’s no overt link between the ‘RHOA’ star and snow. However, inside the snow globe is a little Night Angel. It could refer to a new addition to Kandi’s family. Moreover, she had the baby around November, and the snow could hint at the holiday season. Fans seem quite convinced that Night Angel is Kandi Burruss, as you can see from the tweet below.

@MaskedSingerFOX What happened to part 1 of the final face off? I know the Night Angel is Kandi Burruss

Read More: Where is The Masked Singer Set Located?