Night Sky Ending, Explained: What Is the Cult? 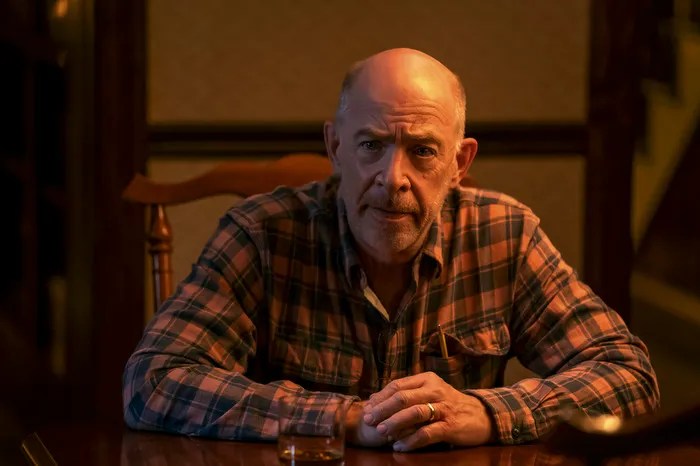 Amazon Prime Video’s ‘Night Sky’ is an ambitious series. It is science fiction, family drama, mystery thriller, and romance packaged into one triumphant and fulfilling ride. At the core of the plot is the relationship between its two main characters —Franklin and Irene York (J. K. Simmons and Sissy Spacek). The series often takes a break from the main narrative and travels back in time to explore their past, which gives context to what is happening in the present. ‘Night Sky’ poses many questions throughout its inaugural season and answers most of them, not frustrating its audience, but at the same time, leaving them wanting more. Here is everything you need to know about the ending of ‘Night Sky’ season 1. SPOILERS AHEAD.

Franklin and Irene have lived their entire lives in the quaint town of Farnsworth, Illinois. She used to be an English teacher, while he was a woodworker, but they are both retired now. Their son, Michael, committed suicide, and the pain of it has haunted them since. Their granddaughter, Denise (Kiah McKirnan), was five years old when it happened. the associated trauma has affected her as well. At first glance, it might seem that she has everything figured out. She is pursuing an MBA in Chicago and is up for a promotion at her work. But she is deeply unhappy with her life and fears that she has inherited her father’s issues.

It becomes apparent in the pilot episode that Irene is struggling as well. Since her son’s death, her health has drastically deteriorated, and now Irene thinks that she is a burden on her husband. In the first episode, Irene tells Franklin that she wants to watch the night sky. If you think that this will involve them sitting down on their porch, you are gravely mistaken about the scope of this show. Together, Denise and Franklin go into their shed and are teleported to a room on an alien planet. There is a massive window in the room with a breath-taking view. There is also a door that opens outside.

Franklin and Irene found the underground chamber shortly after Michael’s death, and Irene has thought for a long time that this was fate. However, she has since grown disillusioned. One evening, after her husband has fallen asleep, Irene writes a letter to him, apologizing for what she is about to do, and teleports to the alien planet. As she is about to expose herself to the planet’s environment, she discovers that there is a second person in the room. Irene stops in her tracks and takes the youth to her home.

Irene and Franklin later learn that the young man’s name is Jude (Chai Hansen). He grew up in a secret and evidently fanatic cult. He has come looking for his father, who has escaped the organization before him. Meanwhile, after a conversation with her grandfather, Denise quits school. Irene and Franklin’s frequent ventures to their shed draw the interest of their overly-curious neighbor, Byron (Adam Bartley).

In Argentina, cult member Stella (Julieta Zylberberg) and her daughter Toni (Rocío Hernández) live in their generational remote home. One day, a man named Cornelius (Piotr Adamczyk) shows up at their doorsteps and assigns Stella the task of finding and eliminating Jude. Stella’s family has been serving the cult for generations now, but she hasn’t said anything to her daughter. Cornelius’ arrival forces her to reveal the truth. In the season finale, Stella and Toni make a choice. Jude comes to save his hosts. Denise deals with a big revelation, and Franklin protects his family. As the episode ends, Jude and Denise use the portal in the hopes of finding Gabriel and arrive in Bangkok.

Night Sky Season 1 Ending: What Is the Cult? What Are the Chambers?

Much about the cult is still shrouded in mystery. But it seems it dates back at least hundreds of years. Jude’s mother is one of its high-ranking members. She is the one who orders Cornelius and Stella to go after Jude and eliminate him. It seems that the objectives of the secret society closely revolve around the chambers, which are actually teleporting devices. Theoretically, they can transfer a person to anywhere in the universe, as long as the correct codes are entered into the key, and there is another chamber on the other side.

The cult seems to be emulating Christianity to a degree. No one yet knows who built the chambers, but the devoted cult members think that they were God’s work. They also heavily use Latin for greetings, prayers, and presumably religious ceremonies.

Byron is the first person to whom Franklin reveals the secret of the chambers. The character is created in such a way that it’s extremely easy to make unflattering judgments about him. But he pleasantly surprizes you multiple times throughout the season. In the penultimate episode, titled ‘Lake Diving,’ he reveals that he used to work as an engineer at a major vitamin factory in Champaign, Illinois, and blew the whistle on them after learning about their malpractices. Byron modifies the spacesuits that Franklin built for himself and Irene in the hopes that they would walk on the distant planet someday.

As Byron steps outside, he spots a piece of furniture and then something else that immediately draws his attention. Franklin doesn’t see him again and later lies to Byron’s wife. When Franklin and Irene later return to the alien planet, the former puts on the second suit and ventures out. He finds a dead body, with the hilt of a knife protruding out from it. However, the deceased isn’t Byron. The chances are that Byron has survived and reached the city that Franklin and Irene see in the distance.

What Do Franklin and Irene Find on the Alien Planet?

The piece of furniture that Byron spots is the Yorks’ coffee table that vanished after coming into contact with one of the power sources that run the chambers. For a long time, Franklin and Irene have thought that the alien planet was dead and desolate. They are proven wrong when Irene comes out to save her husband after his equipment malfunctions. They realize the air is breathable. They have a brief time to reflect on what this means before spotting a very human city underneath twin colossal alien structures and hearing the tolling of a bell. In the distance, there are other similar structures, implying that there are other cities underneath them as well.

When Jude told the Yorks that the planet was dead, it’s possible that he was lying to keep them safe. The nearest of these cities is probably Caerul. Cornelius mentions the name to Toni, indicating that it’s the cult’s headquarters and that her father, Caleb, is there.

Who Is Hannah? Why Does Cornelius Call Her an Apostate?

After helping the Yorks and Jude subdue Cornelius, Stella and Toni go on the run. But they are soon intercepted by Hannah (Sonya Walger) and the members of her mysterious organization. They are clearly not part of the cult. Cornelius even refers to Hannah as an apostate, implying that she once belonged to the cult but eventually escaped like Jude and Gabriel. Since then, it appears that she has set up a secret organization of her own to fight the cult. Stella and Toni will likely be fine in their custody, given that Stella is now apostate herself. The same can’t be said about Cornelius, who looks utterly terrified when he realizes his current predicament.