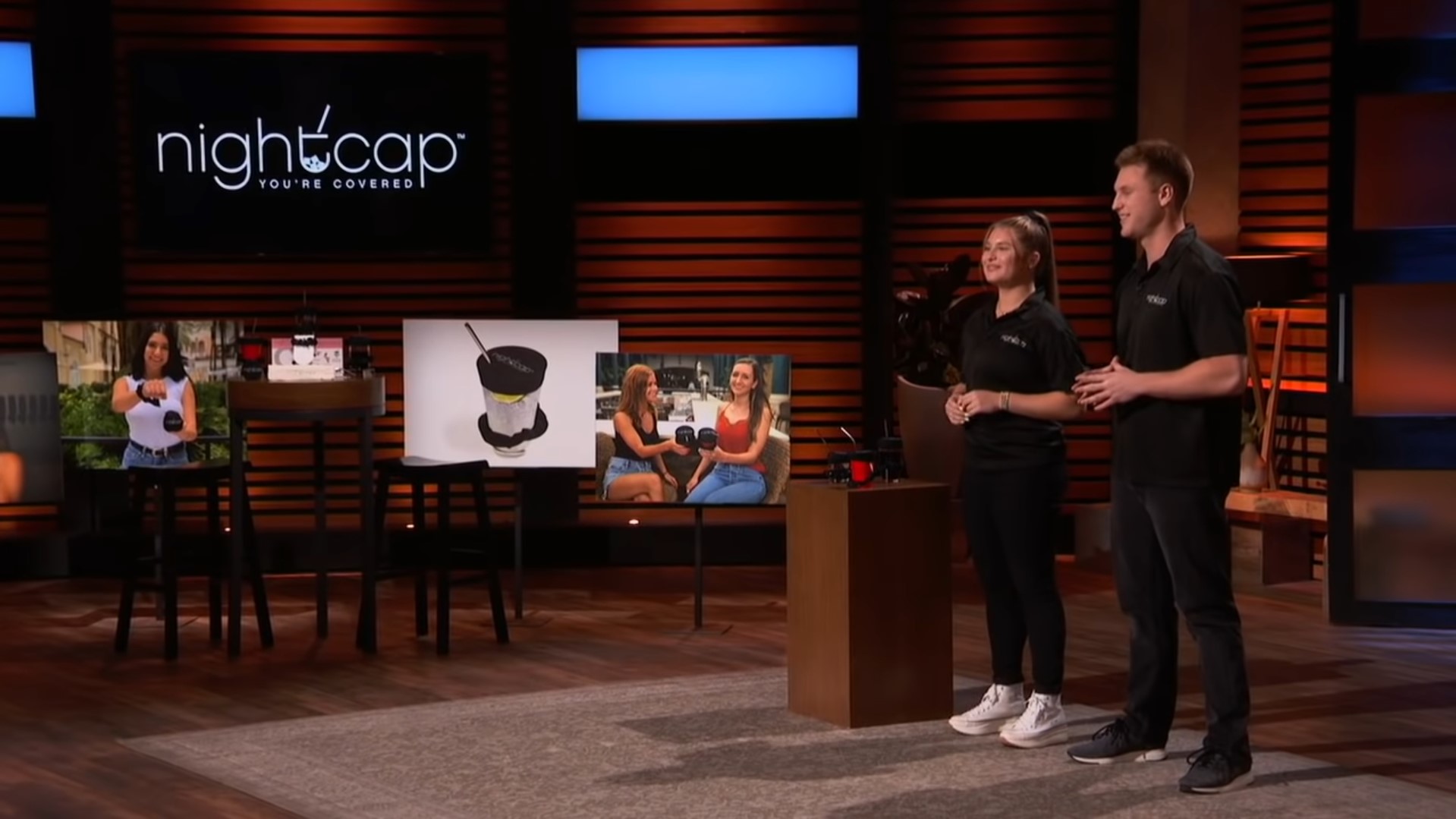 Season 12 Episode 12 of ABC’s ‘Shark Tank‘ witnessed entrepreneurs Shirah and Michael Benarde present their product, NightCap, hoping for a life-changing investment from the Sharks. Even in today’s day and age, people, especially women, have to live in constant fear of their drinks getting spiked while out in bars or public spaces. NightCap aimed to combat that very fear by offering an extra layer of protection against the crime of drink spiking. Such an innovative yet practical product sure deserves our attention, and here’s everything we found out about the company’s status after appearing on the show!

NightCap: Who Are They and What Do They Do?

Shirah Benarde made the prototype for NightCap out of some old pantyhose when she was just 16-years-old. She had heard a few terrifying stories about drink spiking, which affected her mind and made her dream of the solution. Determined to give girls and women around the world peace of mind and an added layer of security, Shirah wasted no time coming up with a prototype and launched NightCap in 2019, along with her brother, Michael. Apart from managing a successful business venture, Shirah is currently pursuing a degree in Public Relations and Advertising from the University of Tampa. 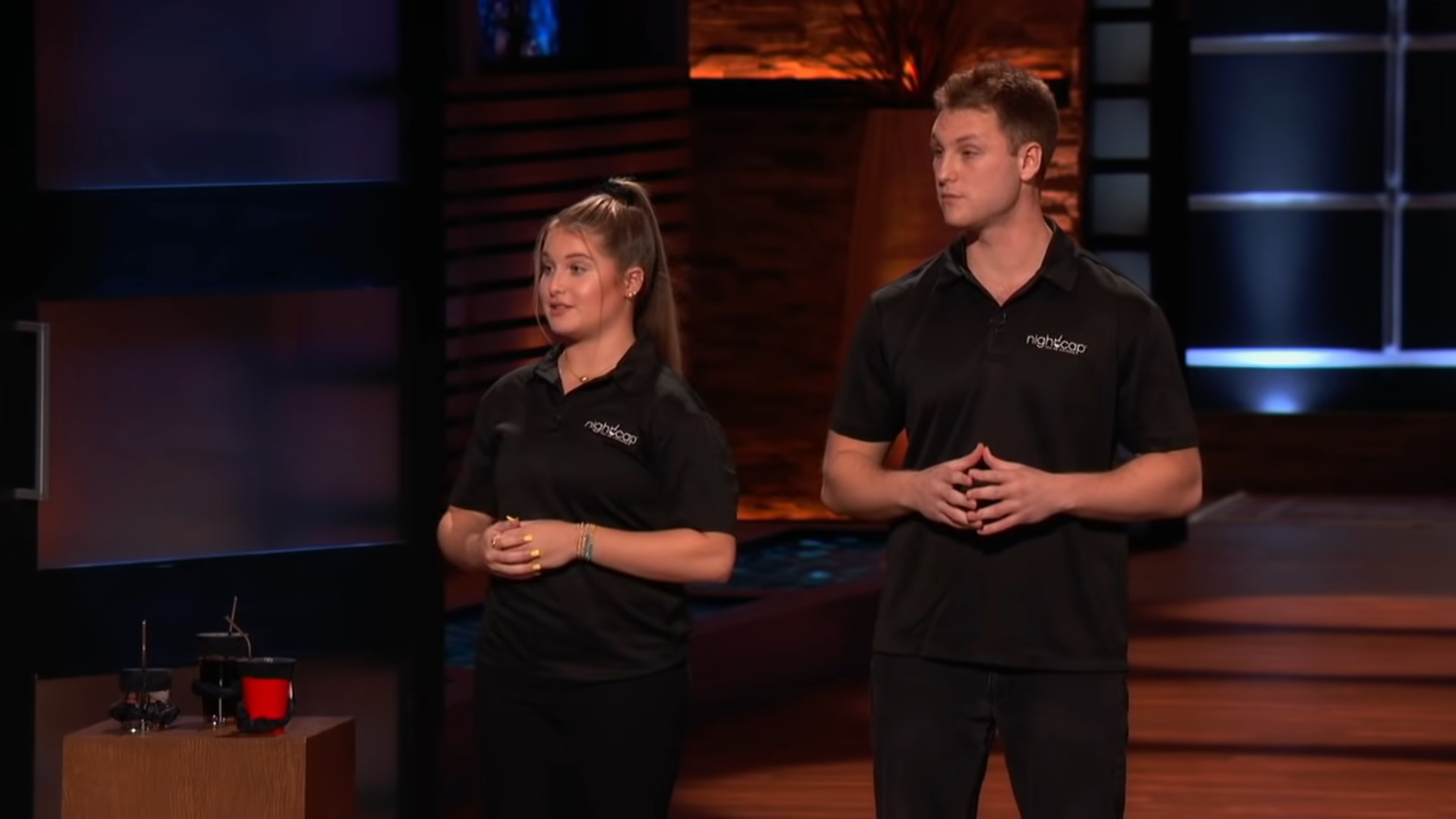 On the other hand, Michael Benarde completed his Bachelor’s Degree in Political Science and Government from the Florida State University in 2020 and went on to earn a Master of Business Administration and Management from the same institution. After his graduation in 2021, Michael got involved in NightCap full time and now acts as the company’s President. Although NightCap is not a surefire way of combating drink spiking, it offers extra protection and lessens worries, especially amid a big gathering.

Although NightCap looks and feels like a regular scrunchie, it has a drink cover inside with a hole cut into it for a straw. People intending to use the product can wear the scrunchie on their wrists or in their hair until they find an appropriate time to slip the cover over the opening of their drink glass. NightCap can fit glasses of any shape or size owing to its elastic band, and the user can put a straw in through the hole to access the drink.

Where Is NightCap Now?

Shirah and Michael were pleasantly surprised by NightCap’s popularity, which helped them win several pitch competitions, including Tallahassee Startup Week’s Annual Pitch Competition, Florida State University’s InNOLEvation Challenge, FSU’s Jim Moran Micro Grant, and FSU’s Turkey Tank. The siblings started things off with an $18,000 donation from their parents along with a successful Indiegogo campaign, which brought them an additional $12,275. Since launching in September 2019, NightCap has garnered a significant customer base and is especially popular among college students and women empowerment groups.

The product has received enormous positive feedback, and within a few months, Shirah and Michael sold over 10,000 units all over the country. While on ‘Shark Tank,’ Shirah and Michael were able to strike up an incredible deal with Lori Greiner, who offered them $60,000 for 25% of the company. Lori seemed highly passionate about the project, and NightCap’s sales increased tenfold overnight once their episode aired on television.

Unfortunately, NightCap did run into quite a few problems during the COVID-19 pandemic, especially in the logistics department. Although the pandemic caused massive delays in shipping, Shirah and Michael tried to stay relevant by marketing online and spreading the word through the popular video-focused social networking service TikTok. Moreover, sensing the need for increased portability, the siblings also came up with a keychain variant of the product, which provides the drink cover inside a small pouch attached to a keychain.

At present, apart from the official website and Amazon, NightCap is also available in numerous brick-and-mortar stores all over the United States. While interested customers can obtain the product in several different colors, each drink cover along with an included straw will set one back by $11.99. Available in several cool colors, people can also opt to buy in packs of four or eight for additional discounts. Shirah and Michael’s dedication and commitment have made them an inspiration to all, and from the looks of it, NightCap is heading towards further success in the near future.