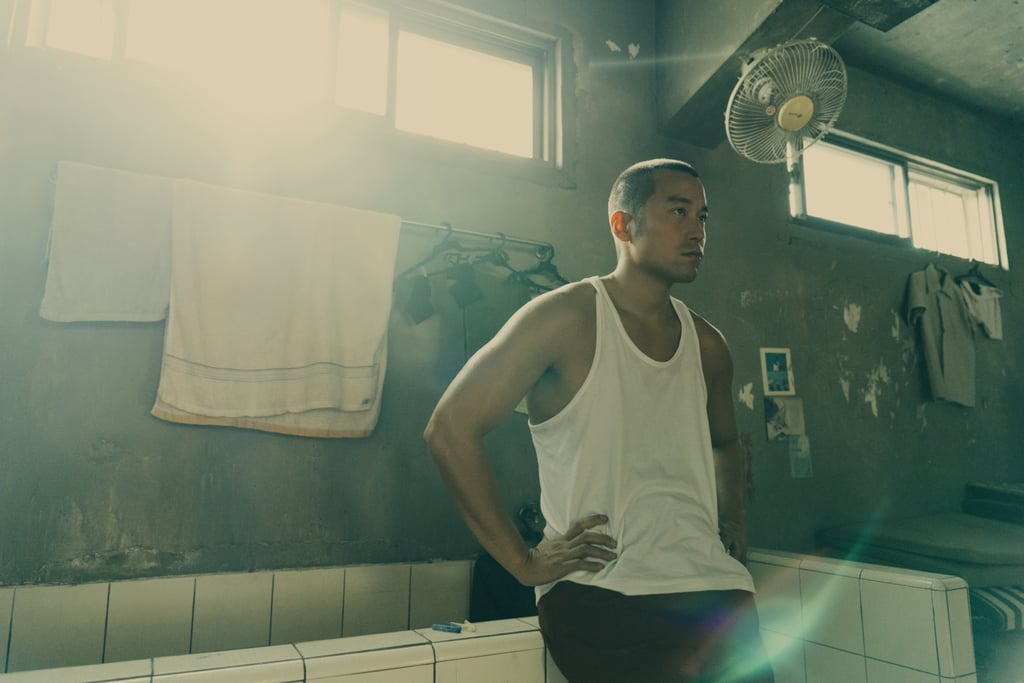 Netflix takes a step further in the Asian market with the release of its first Mandarin-language series. Being consistent with the pattern that it follows with its first original content in any local language, it seems clear that the streaming service has wisely chosen its first foray in the Mandarin TV shows in the form of ‘Nowhere Man’. Despite its promotion as a prison break drama, the show quickly reveals to be much more than just that. The genres blend and cross into each other as easily as they do in any other Asian show, most commonly in Korean drama, another section where Netflix seems to be doing very well. In a matter of eight episodes, with the length of each being anywhere between half-an-hour to a couple of minutes more than the sixty-minute mark, the story takes such twists and turns that by the end, the beginning seems somewhere far in the past.

It begins with a crime. Ah Quan, Ah Gui and Xiao Sha become the members of a triad gang and enjoy the fear and influence they can exert on people now. However, the cops, as well as the people of the city, are tired of their shenanigans, as well as that of other gangsters. The police attack the gangs, completely breaking them in the process. The three friends try to come up with a solution to their situation. They think about alternatives, about how they can make the best out of this problem. But before that can happen, the actions of a rival-gang land them in trouble. By a sheer stroke of luck, Ah Gui escapes the consequences, while Ah Quan, Xiao Sha and Gui’s brother, Fu Xing, are caught and convicted on the charges of kidnapping and murder. A decade passes before they can materialise their long-gestating plan of breaking out. The kidnapping of Quan’s son catalyses the process.

Summarising ‘Nowhere Man’ seems like a risky exercise, especially after I have written it down and seen how much more the story is than this. While it prevents me from spoiling anything for the reader, it might also deter them from jumping into another prison drama, especially if they are not a fan of the genre. If so, then the reader should know that prison forms a very minor part of the story, and even when it takes that route, it embarks on a completely different journey as compared to other similar shows.

While the unforeseen twists keep the entertainment level elevated, ‘Nowhere Man’ also dives into philosophical waters. Adding the mysticism of East Asian cultures, it adds more meaning to the psychological struggles of its characters, connecting them to reality with a fine thread, but not the one that you can ignore for the sake of the story. There are ‘blink and you’ll miss moments’ that if you succeed in holding on to will eventually pave the path for the philosophical musings that wait for you at the end of series, while also indulging you in other more visible issues presented by it.

The taut storytelling furthers this case; with each episode written sharply, serving its purpose, and not hanging around for a minute more than is necessary. While I count this as one of the strengths of the series, it might also seem like an inconsistency to others. An hour-long episode might seem tiresome after a half-an-hour or 40 minutes episode. Another thing that could be held against ‘Nowhere Man’ is that in the quest to deliver one twist after another, it seems to lose sight of its endgame, quite a few times. In its defence, it also rectifies this straying from the path as soon as possible.

The characters and the portrayal of them is another strong suit of this show. You can differentiate and identify them but you can never fully trust any of them. Not even the protagonist. What makes them even more compelling is that they all represent different moral values, and each and every one of them is essential to the story. Their lives, their deaths, their actions in between- everything is the representation of an idea. You are awe-struck by some and appalled by others. Even the blood and gore exhibited throughout the series paints a picture of the characters that commit them. The well-acted roles bring out the inner demons of the characters, especially for its antagonist. You will despise him and be sickened by his actions, but you will also be on the same plane of understanding with him.

The ending, especially, is something to look forward to. It might not be the most mind-bending ending you have ever seen, but it is something that will continue to twirl around in your brain while the credits roll. All the faults that you might have found in the middle of the show will not mean anything after this. The ending is, perhaps, the best part about ‘Nowhere Man’. And isn’t all well that ends well!