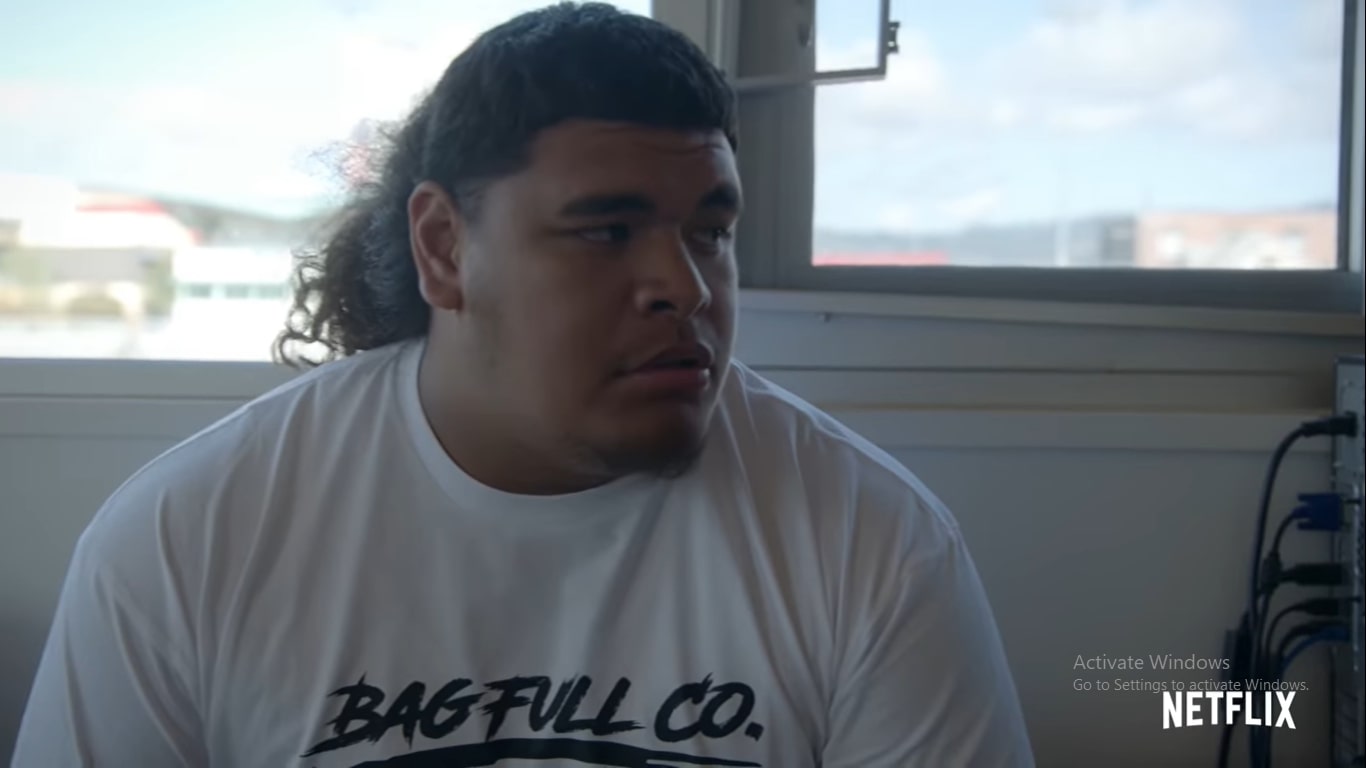 ‘Last Chance U: Laney’ has delivered. Just like its predecessors, the final season of the Netflix series has offered a compelling look, not just at collegiate athletics, focusing on football, but at the lives of the young men for whom life has always been a struggle. For the final season, it delved into the world of Laney College and documented the grit and drive of the JUCO players of Oakland, California. A major theme throughout the series has been the inclusion of the academic struggles of the players – some of whom hail from major disadvantageous backgrounds – and for this season, the athlete who struggled the most in this sense was Nu’u Taugavau.

Nu’u Taugavau is a 6’2″ 320 lbs Offensive Line football player. The big man, or “Big Uce” as his hudl profile says, seemed to be a little confused and quite mellow when the series first started. It didn’t seem like he knew what he wanted to do or why he wanted to do it. But, as time went on, we got to see him come into who he really is, a great father and a great husband, who wanted to further his education to make a good life for his family. Nu’u had played football for 2 years during his time at Hayward High School, in 2015 and 2016, but, after he graduated, because he didn’t have the grades, he couldn’t find a proper job and ended up working at Walmart, that is, until he found football again.

The shift of him going from a minimum wage job to playing again became really important, not just because he was finding his path all over again, but also because he had his family to think about, after all, he did become a father for the first time at the age of 17. With the support of his wife, Tia, who worked and went to a beauty school, he enrolled in Laney. Everyone, whether it be his mother or coach, felt like Nu’u had to become a leader, that he had to step up and decide on what he wanted to do so that he could take responsibilities and lift some of the burdens that fell on his wife, and in the end, he did.

One of the reasons why we were so engrossed in Nu’u and his story was because of his hidden drive. We never got to properly see it shine, but in glimpses here and there, we could assert that Nu’u knew exactly who he wanted to be. Because he himself didn’t have a father around growing up, he wanted to be there for his daughters no matter what, even if it meant missing classes that he was already not excelling at, and, because he wanted them to have a good future, he wanted football to be the medium of his success. His ambition could also be seen when we found out that he was the President of the Wayfinders Club at Laney, the very first Pacific Islander student organization at the college.

Despite all the hindrances in his life, his father and the troubles he had with his classes, Nu’u has been able to get back on his feet quite tremendously. His performance at Laney got him the attention of Murray State University and Alabama A&M, with the former committing to him completely and offering him a scholarship. Therefore, with his two daughters, Eliyana and Donna, and his wife, Tia, Nu’u is now making the move to Kentucky.

We’re sure that Nu’u dream of his daughters watching and remembering him walking the stage after completing his education and making something of himself will come true. Who knows, maybe Tia will open up her own beauty business in Kentucky as well. The resilience of this family and Nu’u’s love, loyalty, and support towards them makes us wish them all the happiness in the world. Unfortunately, Nu’u’s Instagram is currently set on private, so we couldn’t dig more information on him.