Off Track Ending, Explained: Does Lisa Win the Race? 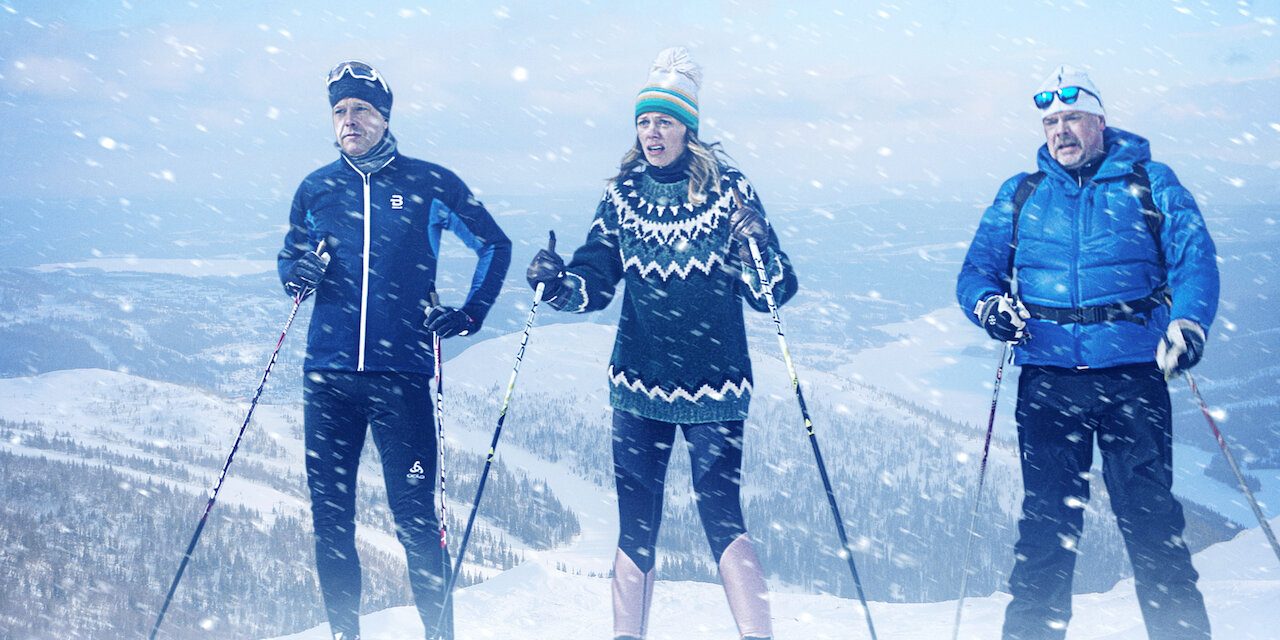 ‘Off Track’ or ‘Ur Spår’ is a Swedish drama-comedy movie that explores the life of a pair of siblings, Daniel and Lisa, set in line with the prestigious Vasa Race (Vasaloppet). There might be many famous actors in the movie, like Fredrick Hallgren, Katia Winter, Peter Perski, Marten Klingberg, Torkel Petersson, and Tuva Brgedotter Larsen. Still, the hero of the film is the race itself. It celebrates the grit and determination it takes to see something through and to keep going. The experience of race is a lesson in itself that puts one’s life in perspective. So, if you want to know who learned their lessons from the race and the characters’ fates, here is everything you need to know about the ending of ‘Off Track.’ SPOILERS AHEAD!

From unemployment and divorce to depression and drunkenness, Lisa is on the edge of losing her daughter Elvira as social services believe she can’t take care of herself and her daughter anymore. This happens because Lisa gets spotted sleeping on a park bench and spends the night at the police station. She meets Anders, the officer on duty, and asks to be let go. Lisa decides to get her life on track to prove her worth and get her daughter back. To achieve this, she resolves to participate in the Vasa Race. On the other hand, her ex-husband Cesar has moved on with his girlfriend Philippa and is on the verge of starting a beautiful life together.

Parallelly, we see Daniel, Lisa’s brother, go through some tumultuous times with his wife Klara as they have been trying to have a baby but have been unsuccessful after numerous attempts. They decide to keep this a secret from their friends and family, mainly because Daniel wants to keep himself together and not seem like a failure to anyone. Daniel is a passionate skier and wants to participate in the Vasa Race to be among the top 500 finishers.

After months of training and skiing, the day of the race arrives with everyone in the state cheering for the participants. At the venue, Lisa meets Anders again, and they end up chatting and having dinner with Anders’ family. Lisa meets Anders’ mother, Irma, who aspires to be a veteran of the race, a title granted to people who finish 30 races in their lifetime. This further shows how the Vasa Race is a big deal to everyone. As a result, the world’s biggest cross-country skiing competition is a daunting challenge for everyone. How undertaking this challenge gives the characters a new perspective on overcoming their personal issues forms the rest of the plot.

Off Track Ending: Does Lisa win the Vasa Race? Does Elvira Stay With Lisa?

The whole purpose behind Lisa participating in the Vasa Race was to show people that she is not a loser and that she can achieve something all on her own. This way, Cesar, Philippa, and Daniel will know how strong-willed and headstrong she is and how she will do anything to keep her daughter safe.

The thought of being with Elvira is a constant motivation and encouragement for Lisa. Whether it’s training for hours or even having a mental breakdown, it is all worth it as long as she gets to keep her daughter with her. Her brother Daniel is a passionate skier, so Lisa asks him to train her and get her ready for the race, which is due in a couple of months.

She changes her lifestyle completely to get in shape and see the race through. She quits drinking, trains extensively, and does not waver from her objective. She puts in everything she has. Finally, when the day of the race arrives, she seems nervous but resolves to make it till the very end. After almost halfway, she thinks of quitting and even takes off her skiboard. But when she sees the social service officer leaving and getting angry, she turns around and makes up her mind to finish the race and not stop before the finish line.

Her unwavering resolve comes through for her in the end as Lisa crosses the finish line. She is not even come close to winning, but she finishes the race, which was what she aimed for. She comes in last and gets recognized as the ‘true hero of the race.’ She does not give up despite vomiting and almost passing out. Everyone comes around her and applauds her for doing the unbelievable.

In the end, she passes her social services investigation. This allows Elvira to live happily with her. Apparently, for everyone in town, finishing the race is like the ultimate achievement and display of determination. Lisa gets her life straightened out as she focuses on her dream, which is to open a foot massage parlor.

Do Daniel and Klara Get a Divorce?

Throughout the story of ‘Off Track,’ we see Daniel as a closed-off person who dislikes being vulnerable around people. He keeps his life together and never falls apart in front of anyone. This tick forces him to train relentlessly and always be competitive in everything he does. He is wealthy and successful in life. He has been married to Klara, his loving wife, for fifteen years. 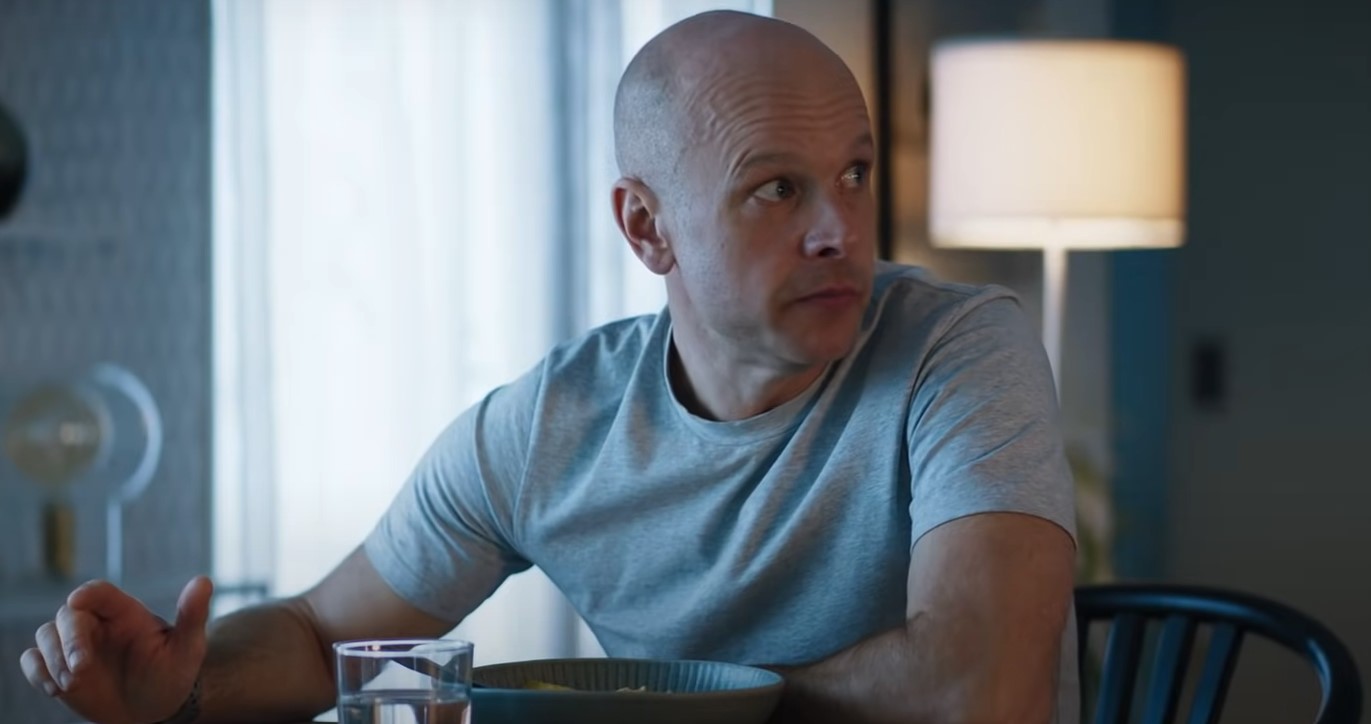 But this does not make their paradisiacal life trouble-free. Daniel and Klara have been trying to have a baby for quite some time, but they have been unsuccessful. Daniel asks Klara to keep this a secret from their loved ones as he does not want to fail in front of them. Even Lisa argues with Daniel multiple times in the movie and tells him it is okay to let go and feel his emotions. She also urges him to appear human and talk about what bothers him.

Things get particularly upsetting when they have their other married friends over for dinner. Among the two couple guests, one pair is already expecting, and the other couple announces their fourth pregnancy, and that too with twins. This makes the situation uncomfortable as Daniel says he does not want kids, while Klara clarifies that they have been trying but to no avail. They say this simultaneously, making things more difficult.

When they get to know that their last attempt at IVF failed, their grief brings them closer, and they sleep together after a moment of passion. But things get ugly when Klara suggests that they should cancel their trip to Salen as she cannot go after the terrible news. This makes them have an all-out argument where they say terrible things to each other.

Klara blames Daniel for them not being able to procreate because Daniel is not fully committed to having a baby. She complains about how he could not even be there for an examination, and he sent his sperm sample to a taxi driver instead. The conversation becomes significantly hurtful for Daniel as Klara does not realize that he is sad too. He decides to go for the race alone.

At the Vasa Race, Daniel meets Naomi, a skiing instructor who he follows on social media. They get along well, and Daniel decides he does not want kids and will divorce Klara. As Daniel starts the race, his inner turmoil starts to torment him, and he cannot finish the race. He gets off the track and goes into the forest to clear his mind. Klara ends up tracking his watch and comes to the race and apologizes for everything she said.

It seems to be too late as the couple decides to take some time apart. Poetically, their marriage comes back on track after Klara gets to know that she is pregnant. Their one moment of passion made the impossible happen and saved their marriage in the process. The couple gets back together and prepares for the arrival of their newest family member.

Do Lisa and Anders End Up Together?

After a brief encounter at the police station when Lisa was at her lowest, she meets Anders again at a rest stop near the Vasa Race location. They don’t recognize each other at first, but when they do, they hit it off and chat through the evening. Anders expresses how he would instead do the Marathon Des Chateaux, where they serve wine at the rest stops and race through castles. Lisa argues how a hot dog marathon would be more fun, and in a heartbeat, Anders agrees. He also tells her he is stuck in the Vasa Race because of his mother, who dreams of being the Vasa Veteran. The title is awarded to those who finish thirty races in a lifetime.

When Lisa sees that Daniel is leaving with Naomi, she accepts Anders’ invitation to have dinner at his place with his family. The evening is marvelous, with Lisa learning more about Anders and his childhood. His siblings tease him, and dinner is enjoyed with friendly banter. Afterward, Anders shows Lisa to her room, and they end up kissing. This is when the spark of their romance is lit, and a possible happily ever after seems on the horizon for Lisa. Before Anders can get his hopes up, she confesses how she does not have the space to date right now as her life is a mess. Anders understands that and meets her for the race the next day.

They ski for a few kilometers together, but as he sees his mother in danger, Anders leaves to be with her. Lisa finishes the race and earns everyone’s love and respect. After a few days, Lisa receives an envelope at her doorstep. She opens it to find an invitation to the French Marathon with Wine and a note that informs her that Anders’ mother is fine. With this, they come in contact with each other again. In the credits, we see a lovely image that shows them hand in hand, finishing a hot dog race that was Lisa’s quirky idea.

Cesar and his girlfriend Philippa welcome a newborn into their lives as well. The lives of Daniel and Klara, along with Lisa and Anders, seem to come on track despite everything they have been through, and the couples get their happily ever after. The ending of ‘Off Track’ is indeed poetic and gleeful for all the characters.

Read More: Is Netflix’s Off Track Based on a True Story?