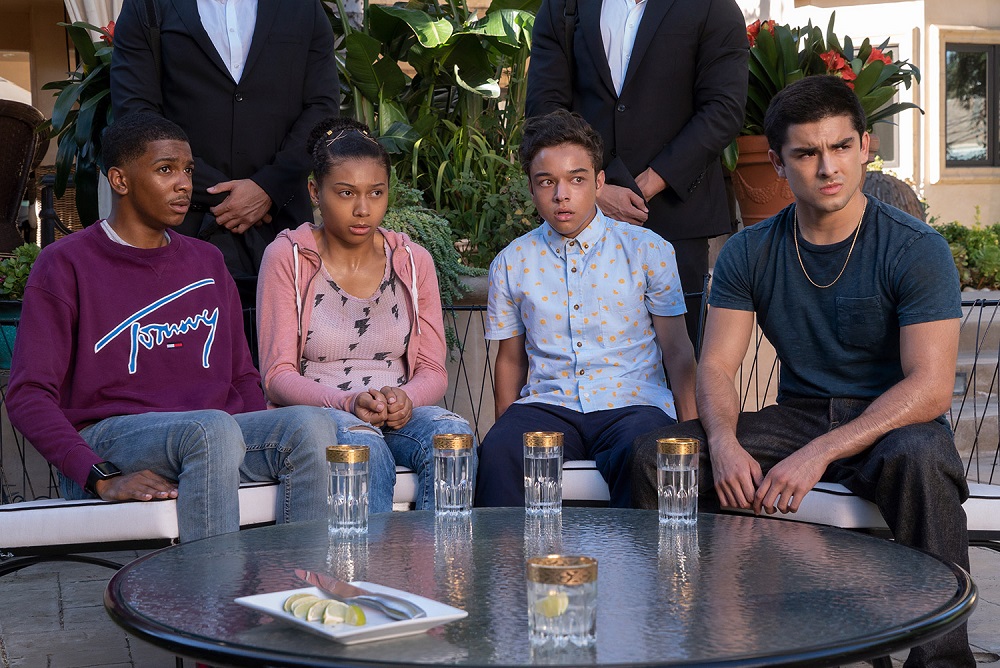 Through its peculiar humour, fresh perspective of an inner-city LA neighbourhood, and the focus on real challenges faced by teenagers, ‘On My Block’ quickly became one of the best teen dramas on Netflix. The first season was a great introduction to Freeridge and the second season pushed the story further, becoming better in the process. The last time we saw the squad, they were snatched right off the street. The third season opens with a new challenge for them and focuses on the effect it will have on their lives and relationships now.

On My Block Season 3 Episode 1 Recap

After being kidnapped, Jamal, Ruby, Monse and Cesar find themselves in front of Cuchillos, the boss of Santos. She is impressed by them. They found the RollerWorld money, cleaned it up, and then used it to permanently get rid of the Prophets. She offers the money back to them, but they will have to do something for her. It comes to light that she was the one who had charted out the plan for the RollerWorld heist, and she tells them that Lil Ricky is not really dead. She wants them to find him for her.

While the three of them worry about the new danger they have landed themselves in, Jamal is happy that he has found another riddle to solve. Ruby, too, gets a reason to become more invested in the new mission when he discovers that his family is having money problems. Monse tries to get out of Freeridge, but her father tells her that she will have to spend some time there. After Oscar and Jamal dig up Lil Ricky’s grave, they find one of Chivos’ gnomes in the coffin, which means that the game is on. We also discover that Hammel is a dirty cop and he has been working with the Santos all along.

On My Block Season 3 Episode 1 Review

‘On My Block’ starts its third season with the same flair that it had in its previous seasons. Picking up where it had left off, it quickly sets the ground for the main mystery of this season and sheds the light on the motives of the characters. In the past two seasons, Jamal’s arc had always been about a challenge or a mystery to solve. In the first season, he was the one who started looking for the money that no one believed existed. Despite little help from his friends, he eventually found it.

In the second season, the challenge was to clean the money, and though this time his friends were more involved than before, none of them was gripped by the same depth of paranoia, or the dedication, towards the job. Once everything was said and done and the money was gone, he wondered what his next purpose would be. Which is why, when a new quest is dropped on him, he is the happiest of all.

This season also hints at Jamal’s story branching out from the one that he has been set in. Jamal has been haunted before, though Chivos had a lot to do with it. This time, he finds a girl following him, mirroring his actions. First, he sees her at the graveyard and then, at the school. Could it be the introduction of a love interest for him? Will the common factor between him and the girl be their shared weirdness?

It is too early to tell whether or not this season will succeed in living up to the expectations, or if it will surpass them. For now, the show has retained its good bits and looks like, it has enough to add more to the journey of the residents of Freeridge.