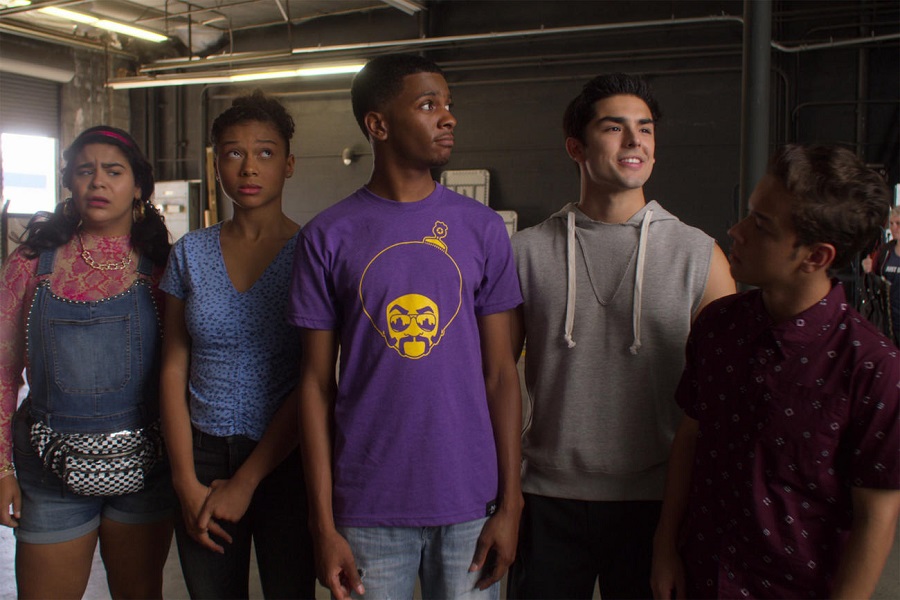 After losing focus of the investigation for a while, Jamal jumps back in the game and quickly puts two and two together after the brief conversation with Rosé. It turns out that Lil’ Ricky has become a record producer and he helps young talents to achieve their dreams. But before they can share this information with Cuchillos, they have to be perfectly sure about what they have found. There is no room for error here and it soon becomes clear that their fate is already sealed, no matter what.

On My Block Season 3 Episode 6 Recap

Jamal’s investigation leads him to a certain Father Goose, who he thinks is Lil’ Ricky. He shares the information with his friends, and they ponder upon their next move. Because he is a record producer, it seems only logical to visit his workplace. Now, they just need to get a photo of him and send it to Cuchillos. While they wait for Jamal to work their magic, Ruby and Jasmine share their concerns about each other’s romantic relationship to Cesar and Monse, respectively. Jamal develops an unlikely friendship and a shocking truth comes to light which changes the course of the investigation.

On My Block Season 3 Episode 6 Review

After the emotionally heavy episode, ‘On My Block’ turns back to business. The season had started out with the mystery of Lil’ Ricky. Cuchillos, who was Ricky’s girlfriend, told them that she wanted to find Ricky so she could be reunited with him and show him how much Santos had progressed since he went into hiding. After a few hits and misses, Jamal finally found a missing link that led him to Father Goose. He had lost sight of the goal while indulging in the relationship with Kendra, but now he is back on track.

Most of the episode revolves around the general teenage talk and worries. Jasmine has always had feelings for Ruby but when he tells her that he has been thinking about her all this while, she recedes back in her shell. Her concern is primarily over Ruby’s flickering mental and emotional state and she worries if she is just a phase to get him through the tough time. Ruby, too, needs to figure out if his feelings for her are real-real or just a passing feeling.

As Jamal gets centre stage, this episode also takes a comic tone that had been suppressed in the previous episode. He brings back the life in the investigation as well as the energy in the story, but then reality hits him too. He realises that finding Lil’ Ricky is a lose-lose deal for them and they are caught up in it because he was too obsessed to let go of the RollerWorld money mystery. It hits him that he has been trading the better things in his life for something that can potentially kill them. He confronts his failure and him running away from good things, like Kendra, in his life.

Most importantly, the episode leaves the teenagers on a crossroads where they have to make a difficult decision to ensure their survival. It is clear that Lil’ Ricky wouldn’t be hiding from Cuchillos if she really just wanted to be with him. But where does that leave them? What does she plan to do with them if they don’t find him? Will she really just hand over the money if they keep their end of the deal? The prospects don’t look so good for them. Cesar had been in this situation before, with Latrelle. And it required a lot of effort and risk to bring him down. Can the same be done with Cuchillos?