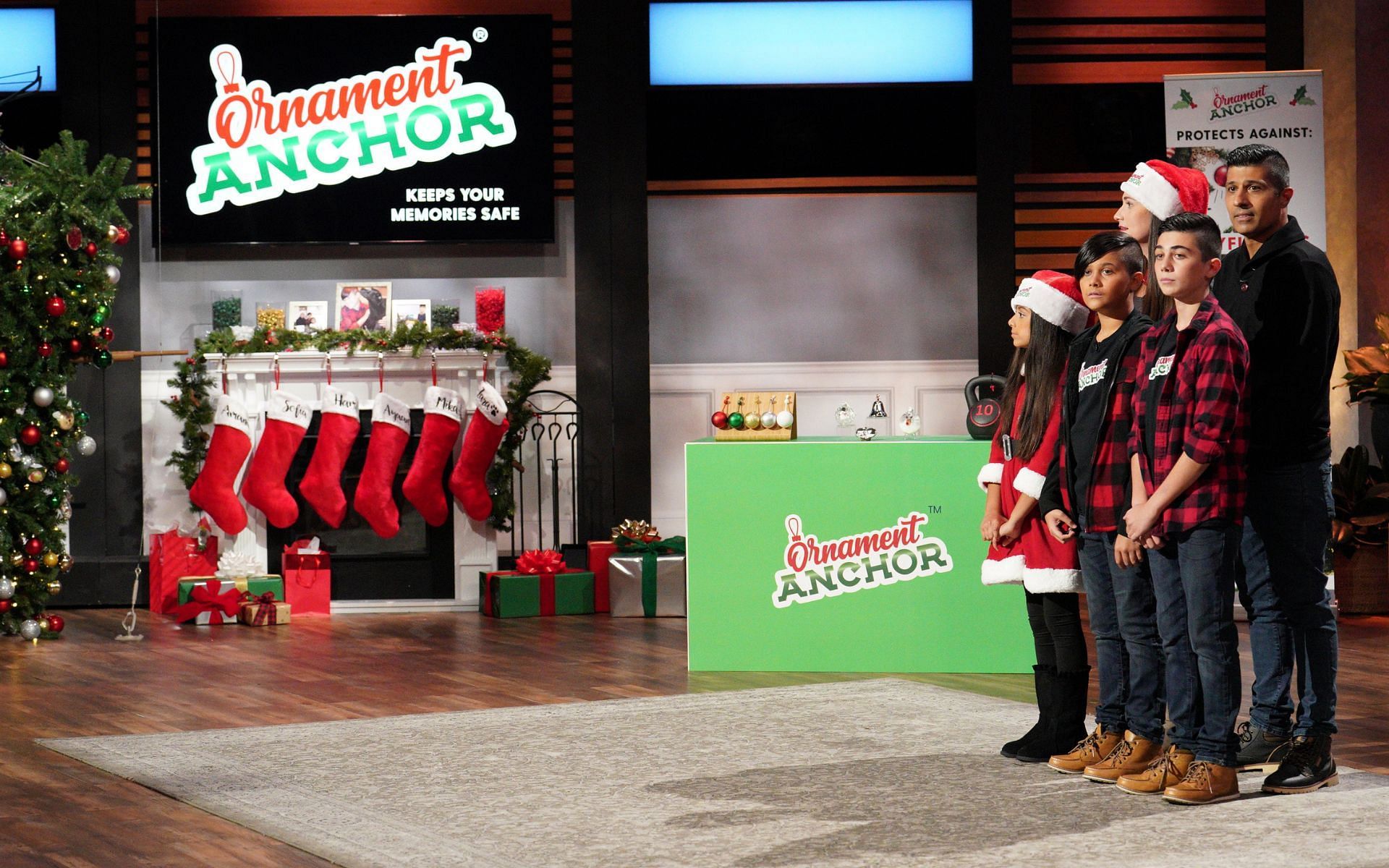 With Christmas being one of the biggest festivals across the nation, family get-togethers, ornate decorations, and joyous celebrations always take center stage. However, the one thing that can and often does put a damper on the gaieties is when special and invaluable ornaments fall out of their place and shatter. It’s a seemingly simple issue but one that has affected many people over the years, yet as seen on ‘Shark Tank’ season 13 episode 8, Ornament Anchor resolves it for good. So now, let’s find out everything there’s to know about them and their work, shall we?

Ornament Anchor: Who Are They and What Do They Do?

Born and raised in Shelton, Connecticut, the founder of Ornament Anchor is 13-year-old Ayaan Naqvi, a kid-entrepreneur who is no stranger to the business world because it’s a generational family profession. His older brother Mika’il, currently 14, is also a part of the company as a Business Developer, and so are his parents. While his mother Amanda holds the post of Design Head and Business Assistant, his father Hamza runs Sales and Operations, with Ayaan looking over each aspect.

Ayaan is truly the boss of the organization and is doing everything to support his passions. We should mention that the Naqvi family’s first stint on ‘Shark Tank’ was in season 10, back in 2019, when they unsuccessfully pitched their Kudo Banz products. That makes Ayaan, Mika’il, and their sister Sofia the first kids to ever appear on this incredible ABC production twice.

As for how Ornament Anchor came to be, Ayaan came up with the idea when one of their own unique adornments fell off the Christmas tree because the small hang hook was just not strong enough. He thus invented a sturdier string anchor and presented it at a school fair in fourth grade, leading to some business and the firm’s eventual launch in late 2019.

Ornament Anchor: Where Are They Now?

By being a simplistic toggle device that loops through an ornament’s attachment area to secure it around a tree branch, Ornament Anchor has done wonders since it first came into the market. Its patent-pending loop and pull clamp guarantees that the decorations won’t move, let alone fall, unless deliberately removed. In other words, from your favorite ornaments to your more pricey ones or from those that signify a memory to heirloom adornments, everything will be safe from unexpected harm with Ornament Anchor.

Furthermore, the fact that this product holds up to 10 lbs, fits different types and sizes, and is easy to use are also advantages. A pack of 24 Ornament Anchors usually costs $24.99, whereas a box of 48 stands at $44.99. If you want more hangers, though, you can even check out the 96 pack for $84.99. They are now available in green, red, white, silver, and gold colors at the official website as well as Amazon and are even getting into Target, Nordstrom, Dillards, Safeway, and Bed Bath and Beyond.

One of the best parts about the business is that since the Naqvi brothers are animal lovers, they donate 10% of their profits to no-kill animal shelters and often mention their importance through their work. That’s how they were able to give $20,000 to the North Shore Animal League America in 2020.