The True Story Behind HBO’s ‘Our Boys’, Explained 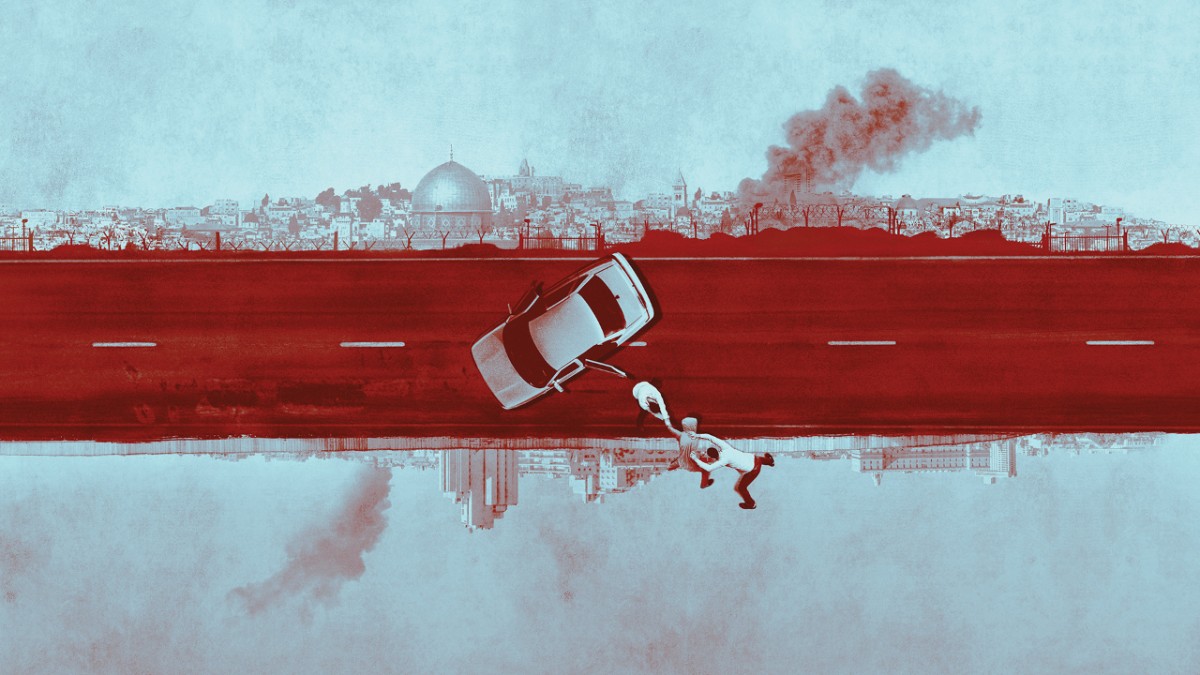 ‘Our Boys’ is an American-Israeli miniseries developed for HBO by Hagai Levi, Joseph Cedar and Tawfik Abu-Wael. The ten-episode show follows the death of three Jewish teenagers which, in turn, led to the murder of a Palestinian teenager. The story focuses on the efforts of law enforcement to catch the culprits and deal with the growing outrage in the community. The families of the victims also take centre stage and we explore the vulnerable and humane side of the story through their fight for justice in a country divided on the grounds of their tragedies. Validating the philosophy of “an eye for an eye will make the whole world blind”, this heart-breaking story and the terrifying crimes make one wonder, for how long will the vicious cycle of revenge repeat itself?

What Happened to the Boys?

The story of ‘Our Boys’ begins in the summer of 2014. Gilad Shaer (16), Naftali Frenkel (16) and Eyal Yifrah (19) were Jewish teenagers, hitchhiking in Gush Etzion in the West Bank. They had been waiting at a stop when a vehicle stopped for them. One of the teens went up to the driver to talk to him and then gestured his companions to come over when the driver agreed to help them. Unbeknownst to them, the driver and his companions had already been on a hunt for hitchhikers like them. When the vehicle took a turn in the opposite direction of their destination, the teens realised that they had been kidnapped. Shaer used his phone to call the police emergency hotline and in hushed voices, reported that he had been kidnapped. However, the service had received a lot of prank calls in the past, and so, didn’t pay any heed to this one either.

When the boys failed to show up at their homes, one of their families reached out to the police. The preliminary investigation led the cops back to that emergency call. They could hear someone in the background shouting in Arabic and there were also a couple of gunshot sounds. Later, it was revealed that the teens had been killed hours after their abduction, which had taken place on June 12. The bodies weren’t found until June 30.

On July 11, Hussam Qawasmeh was arrested for the kidnapping and the murder of the three teenagers. It didn’t take much time to get a confession out of him, in which he also accepted the involvement of Hamas militants. Later, however, his lawyer tried to scrap the confession by stating that Hussam had been pressurised into it. The response on the matter from Hamas was quite mixed, in the beginning. One of the officials took responsibility for the crime, hoping that their actions would help secure the release of Palestinian prisoners in Israel. Others, on the other hand, denied any involvement of the organization. They accepted that the perpetrators were affiliated to them, but said that they were not aware of their plans. This did not stop them from applauding the act and the murderers.

The brutal death of three teens didn’t sit well with their community. While the whole nation was shocked and outraged by the events and wanted the murderers to pay the price, there were some people who couldn’t see the difference between the innocent Arabs living in their neighbourhood to the ones who actually did it. They wanted someone to pay the price, and that “someone” could be anyone. The hatred for Arabs escalated quickly, especially in social media.

On the morning of July 2, 2014, 16-year-old Mohammed Abu Khdeir was abducted by Israeli settlers. In the guise of asking directions, they chatted him up and then forced him into the car. Khdeir’s cry for help was heard by a few people, but before anyone could act, the car was gone. The family immediately notified the police, and they found him a few hours later. He had been severely bludgeoned and the remains in his lungs suggested that he had been burnt alive. But that was not the end of the retaliatory actions.

The police later realised that the same people had been attempting to get their hands on a Palestinian boy to exact revenge for the death of the teens. A young boy had almost been taken away, but somehow slipped their grasp. On July 4, a 13-year-old boy went missing too. A 19-year-old boy sharing the same name as the victim was held in custody, despite being an American citizen. A 15-year-old Palestinian-American boy being beaten up by the Israeli police was caught on camera.

Khdeir’s parents received consolation and solidarity from the parents of the three victims, everyone spoke out against the horrendous act. Even the Prime Minister expressed his sympathy, but the parents weren’t duped by that. They refused to fall for his act, expressing their concern about how his aggressive sentiments after the case of the three teens had riled up Jews against the Palestinians, which is what led to the death of their son. They were concerned that the authorities wouldn’t take the case as seriously as they had taken the previous ones. Even if the murderers were caught and convicted, the parents were worried that they would be let out on some technicality or wouldn’t serve as much time as they were supposed to.

What Happened to the Murderers?

The case of the abduction and murder of the three Jewish teenagers was not completely a spur of the moment action. Qawasmeh and his accomplices had been planning something like this for a while. Their motive was to use this case to nudge the Israeli government into releasing more than 5000 Palestinian prisoners. In fact, a similar feat had been achieved in 2011, when about 100 Palestinians were released in exchange of an Israeli soldier who had been kidnapped by the militants. In 2014 itself, a number of abduction-attempts of Israeli soldiers and civilians had already been foiled.

However, the adductors never planned to exchange the teens for anyone. They had entered the scene with the full intention of killing a Jewish person. They had even bought a piece of land beforehand to dispose of the body. They knew that hitchhiking is rather popular amongst Israelis and hence focused on that to trap someone. They had been fishing for a couple of days before finally coming across the teens. They had planned to abduct only one person, but now that all three of the victims had seen their faces, they couldn’t take the risk of letting two of them walk free. So, they abducted all three, and then killed and buried them on the land they had bought previously.

Hussam Qawasmeh was sentenced to three life terms in prison and was fined with the compensation of $63,000 to the victims’ families. On September 23, 2014, the other two suspects, who had been reported missing since the night of the kidnapping, were located by the Israeli forces and killed in a shootout.

For the murder of Mohammed Abu Khdeir, six suspects were taken into custody. After a while, one of them confessed and incriminated two others. One of them was a 26-year-old man named Ben David, while the other two were minors. After a gruelling interrogation, all three of them confessed. One of the minors was sentenced to life imprisonment, while another was given 21 years in prison. Ben David was given life in prison, with 20 additional years added to his sentence.

“When on the path of revenge, dig two graves.”

The biggest problem with religious hatred is that it is a perpetual cycle. The action-and-reaction thing goes on for so long that after a while, no one remembers who actually started it. With this case, we can say the same thing. What led Hussam Qawasmeh and his accomplices to kill three innocent teenagers is rooted in some other incident that happened months ago. In order to locate them, Operation Brother’s Keeper was put into effect, which further fuelled the situation. By the end of it, nine Palestinians were dead, 1300 properties were raided and about 800 Palestinians were arrested, without any legal charges to support the actions of the law enforcement.

The murder of Khdeir was a reaction to what happened with the teenagers. And the bloodbath didn’t end there. It led to a conflict where the Israeli Defence Forces executed Operation Protective Edge, which is synonymous to the 2014 Israel-Gaza conflict that went on for seven weeks. Thousands of people were killed in the crossfire, most of them civilians and the residents of Gaza. Khdeir’s death was also the motivator of the Jerusalem synagogue massacre that took place in November the same year. Over the years, the repercussions of these events have surfaced in one way or another, leading to the deaths of more innocents.