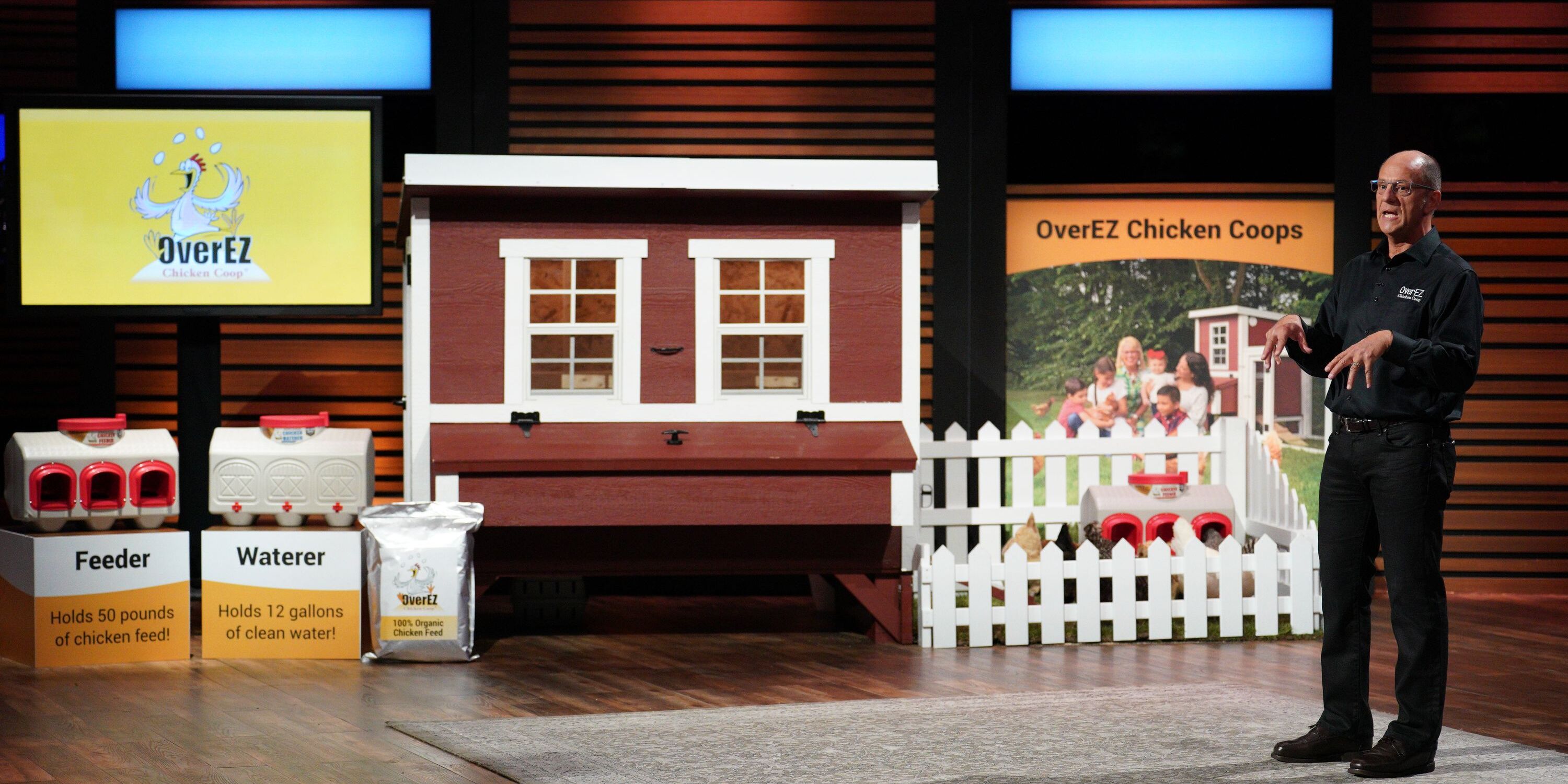 Chet Beiler jumped into the tank on ‘Shark Tank‘ season 13 episode 13 hoping the Sharks would take an interest in the OverEZ Chicken Coop. The ready-to-assemble kit makes the life of a prospective poultry farmer easier as it can be set up directly in one’s backyard. Such an interesting product surely deserved a second look, and here’s what we uncovered!

OverEZ Chicken Coop: Who Are They and What Do They Do?

OverEZ Chicken Coop’s owner, Chet Beiler, studied Political Science, Economics, Business, and International Studies at Pepperdine University. Quite experienced in establishing and running companies, Chet has helped numerous businesses extend their operations, get up and running, and grow in a short span of time. In 1989, he established his own company, Amish Country Gazebos, which is now a leading force in the custom-built gazebos retail market.

A happily married father of two, Chet has also been involved with various organizations, including Rotary International, Salvation Army, Commonwealth Foundation, and American Enterprise Institute. Through his numerous businesses, Chet had an incredible idea of the market. Thus, he realized the lack of quality USA-made chicken coops and decided to grab the opportunity with both hands. However, you’d be surprised to know that Chet did not establish OverEZ Chicken Coop himself but instead bought it from the people who were running it in Colorado.

Nevertheless, already experienced in selling structures, Chet had everything from plans and materials to expert craftsmanship at his fingertips, ready to take the company to greater heights. OverEZ Chicken Coop was born out of the realization that the chicken coop market in the United States was flooded with flimsy yet costly coops. Such products hardly lasted a season yet burned a hole in one’s pocket.

OverEZ Chicken Coop aimed to combat this issue by introducing a new coop that was easy to set up, easy to use, and easy on the pocket. Every OverEZ Chicken Coop is made in the United States by trained Amish craftsmen and comes completely assembled. Made from the finest of materials, it offers all amenities and facilities one needs to give their chickens a comfortable life. Moreover, with the product being fully modular, it is straightforward to set up and also quite mobile.

Where Is OverEZ Chicken Coop Now?

In the middle of the COVID-19 pandemic, Chet Beiler realized that more and more people were trying to avoid the outdoors and become self-reliant. Moreover, with breeding chickens being relatively easy, many chose to switch to such an activity. Chet realized that this trend was only going upwards and would provide a boom in the chicken breeding industry. Thus, embracing the opportunity, he acquired OverEZ Chicken Coop from its previous owners.

Under Chet’s ownership, the company reached greater heights and is now a leading contributor in the market. Besides, it doesn’t sell only coops but also stocks all kinds of chicken husbandry products, including waters, feeders, runs, lights, and heating. The company presently sells four sizes of coops — the small for $1199, the medium for $1599, the large for $1999, and the XL for $2999.

If a coop in a box is more your thing, OverEZ Chicken Coop has you covered for the price of $1199. Besides, the other chicken husbandry accessories range from $89.99 to $3848.99. While prospective customers can buy their coops from the official website as well as Amazon, the company even provides detailed tutorials that will get you up and running in no time.