In the eighth episode of ‘Overlord’ season 4 titled ‘An Unexpected Move,’ Philip Montserrat devises a plan to turn the Sorcerer Kingdom against Re-Estize, hoping that it will give him some political advantage. When Aainz learns about the attack on the supplies that he has been sending to the Theocracy, he immediately summons Albedo for more details and is shocked to learn that she already knows who is behind the attack. Here’s everything you need to know about the ending of ‘Overlord’ season 4 episode 8. SPOILERS AHEAD!!!

At the Re-Estize kingdom, Prince Zanac discusses the present political climate with his sister. He expresses his concern that the Sorcerer Kingdom has actually managed to increase its agricultural production using the undead soldiers significantly. They have even begun to help the Theocracy with supplies, which is ultimately not good for the Re-Estize kingdom. While the growing pressure of the kingdom is ominous, the Princess enquires whether Zanac will fulfill his promises to her. Zanac is more than eager to reassure her and appears confident of his ascension to power.

Meanwhile, Philip Montserrat also gets the news that the Sorcerer Kingdom has managed to increase food production. This will eventually drive the prices down in Re-Estize kingdom as well which can affect his profits. Therefore, he devises an evil plan that according to him will stop this from happening. The following day, Aainz learns about the attack on the carriages that were carrying supplies and is naturally infuriated as all of them had the flag of the Sorcerer Kingdom.

He sees this as an offense against him and his kingdom, which has become quite powerful in the last few months. Aainz summons Albedo to learn more about the incident. He is shocked when she explains that the culprit is a noble whom they were trying to use to seize power in the Re-Estize kingdom. She then brings Hilma as a witness, who apologizes profusely and argues that she has no role to play in the incident. Aainz uses his power to verify if she is speaking the truth.

When he has ensured that she is on his side, he gives her the responsibility to devise countermeasures for the future. Upon his return to her home, Hilma speaks highly of Aainz’s kindness as a king- something that his loved ones did not expect as they were concerned about her well-being when she was taken away.

Overlord Season 4 Episode 8 Ending: What is the Carrot and Stick Plan?

After sending Hilma back, Aainz tells Albedo to explain the carrot and stick plan to his faithful servants. Albedo begins to explain that the objective of the carrot and stick plan is to seize the power of the Re-Estize kingdom. The Sorcerer Kingdom will try to covertly create conditions for civil war in Re-Estize. When the social conditions deteriorate and bloodshed has reached its peak, the Sorcerer Kingdom will absorb the population which will lead to the downfall of Re-Estize.

Being in the commanding position will give Aainz and his servants the advantage to show others kingdom that they will be rewarded for avoiding conflict with them. However, if they decide to turn against the Sorcerer Kingdom, the consequences will be much worse than they can imagine. This is the carrot and stick plan that Aainz intends to use in the future and his servants have very high expectations from it.

What do the Nobles Wish to do After Learning About Sorcerer Kingdom’s Warning?

Once the Sorcerer Kingdom has come to a conclusion after a long meeting, Aainz sends a warning to the Re-Estize Kingdom that they see the attack on their carriages as an offense against the kingdom itself. As Prince Zanac reads the letter to a room full of nobles, everyone is shocked to realize that something like this could even happen. Since the letter also contains support for Aainz from the nearby kingdoms, the leaders of Re-Estize could feel the pressure mounting on them. When one of the nobles argues that he could not potentially understand why someone from their own kingdom would do such a thing, Zanac reveals that it was actually Philip Monsterrant who carried out the attack on the supplies to increase tension between the two kingdoms. The move was supposed to help him politically but it is a disaster for Re-Estize kingdom. 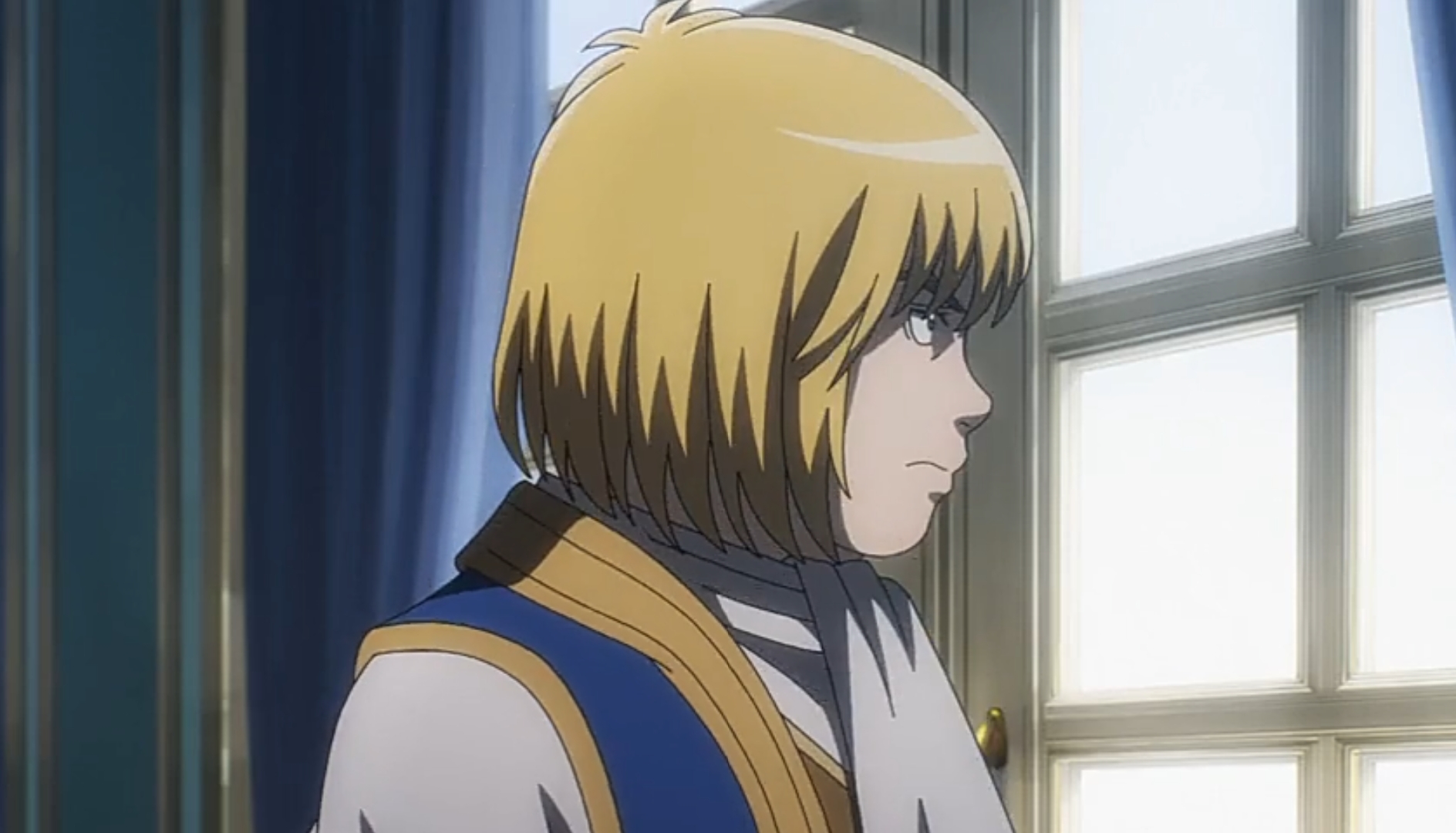 When the king argues that they should not be bowing their heads in front of the Sorcerer Kingdom, Prince Zanac strongly disagrees with the proposal. He knows the powers possessed by Aainz and his allies, so he appears to think they do not stand a chance against them at all. One of the royals there proposes that they should become a vassal state of the Sorcerer Kingdom, which will allow them to avoid conflict, but not everyone appears to be convinced of that. The king argues that he has his own plans. But before he can discuss it, news arrives that Albedo has come to visit the Re-Estize kingdom again.