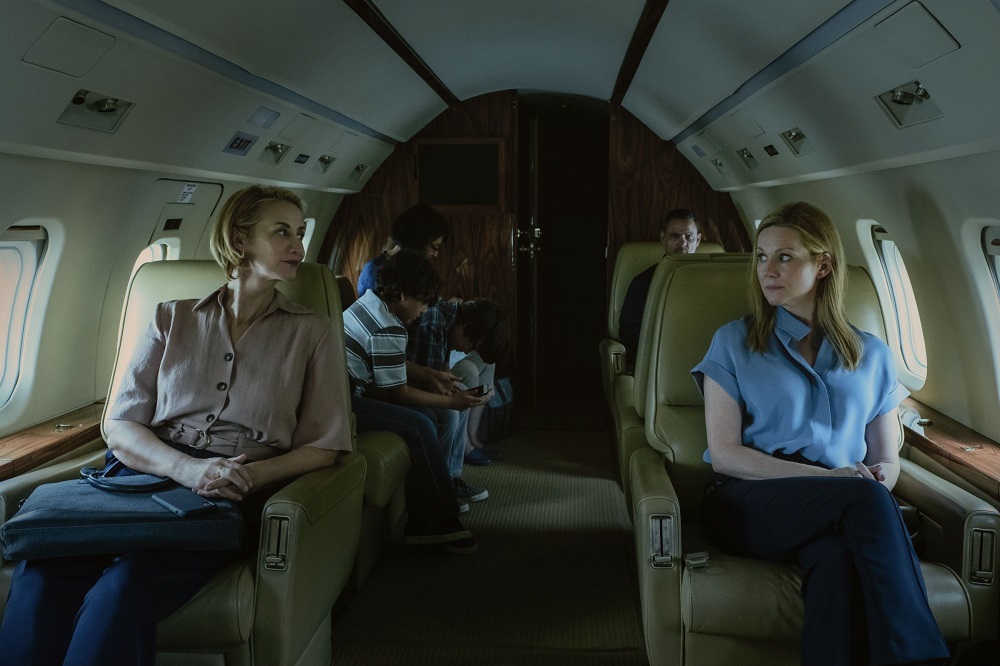 Comparing her marriage to Wendy’s, Helen wonders if it is better to keep things a secret from your spouse and deal with their withdrawal, like she has, or is it better to tell them everything and fall together if it comes to that? Is mutually assured destruction a better choice? As far as the Byrdes are concerned, the grass is no greener on their side either. They have helped each other stay afloat in the worst of situations, but sometimes, it does feel like ignorance is bliss. Because when you know everything, you can’t stop yourself from doing something about it.

In its second episode, titled ‘Civil Union’, Marty and Wendy, both of them of divided opinions on what’s better for the family, can’t help but do whatever they think is best for them. Wendy thinks that Marty takes time to adapt to a change, and Marty thinks his wife’s intentions go beyond just the protection of their family. It doesn’t matter which one of them is right because in any case, divided they fall.

After Wendy goes behind Marty’s back and convinces Navarro to invest in the next casino, a tug-of-war starts between them. Marty installs a spyware in Wendy’s phone through which he gets in on all the calls that she doesn’t tell him about. For the summer, Helen comes to the Ozarks with her daughter, which gives Wendy an upper-hand in any discussion that she puts on the table. Convincing the casino owners to give up their business would have been very easy, but while Wendy tries to seal the deal, Marty does his best to sabotage it. It takes a while for Wendy to realise what is happening and she pulls a trick of her own.

After Ruth’s fallout with Frank Cosgrove Jr., Marty has to offer them another deal. He also uses their help in sabotaging Wendy’s plans with the next casino. Meanwhile, Wyatt, who had been living on his own, breaking and entering in other houses, gets help from Darlene. She invites him to work at the farm, where she lives alone now with little Zeke. Another new character to enter the scene is Wendy’s brother Ben, who had lost his job as a substitute teacher after a display of violence and has nowhere else to go for now.

The disagreement that had shown face in the previous episode, between Marty and Wendy, gets worse in the second one. Wendy tries to knock some sense into him regarding the expansion plans. She seems to have mapped it all out in her head and from the looks of it, it might even work. First, she brings Helen on board, and then, she sells the idea to Navarro as well, who is going through a war in Mexico, the war that he might very well lose. She succeeds in gaining his trust, but what she forgets is that it doesn’t matter how many outsiders you get on your side until you get your own house in order.

Initial dissents turn into a full-fledged power struggle as both she and Marty try to best each other. Both of them have tricks up their sleeves, and it is fun to watch them trying to gain an upper hand. All this time, ‘Ozark’ has been such a tense watch that there has never really been space for humour. Even for the times that Wendy and Marty collectively tried to save the day, the excitement to watch them pull off the impossible was something that would leave the audience heaving a sigh of relief at the end. But, in this episode, despite the show of some blood and gore, there is a certain lightness about things that balances the competition between the husband and wife.

The reason behind this could be the increase in Ruth’s attacking sarcasm, which had always drawn smiles and snickers. A change, even if very minor, as of now, in Jonah’s life also gives some levity to an otherwise taut episode. Of course, to stay in its true spirits, the coming episodes of ‘Ozark’ will get even more stressful and darker. It will only be a matter of time before blood starts to flow and Wendy and Marty will have to put their differences aside and work together to save their family. This is the only they can make it.

Read More: Here Are All the ‘Ozark’ Filming Locations