Here Are All the Ozark Filming Locations 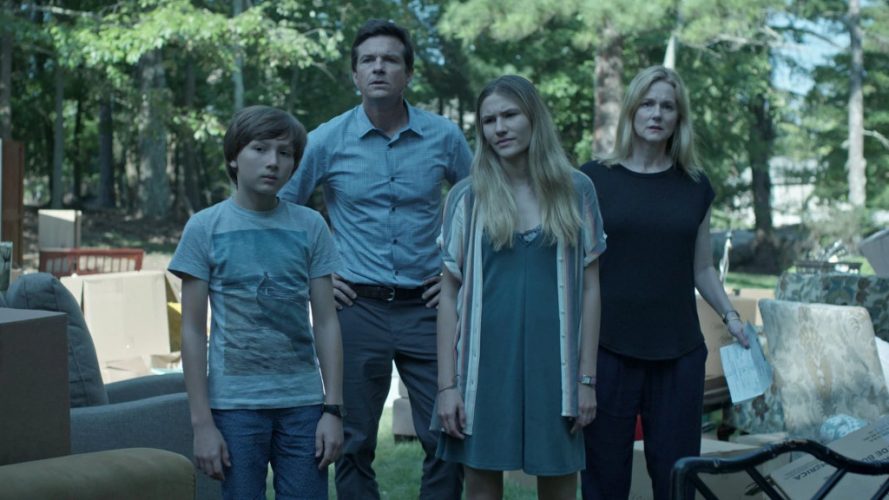 ‘Ozark‘ is a television series that “simmers with menace but brims with natural beauty,” according to The Guardian. That description could not be apter given how much the Netflix show keeps viewers on the edge of their seats despite being set in the scenic Ozarks.

Often compared to ‘Breaking Bad,’ the series revolves around Marty Byrde, a man whose money-laundering scheme for a Mexican drug cartel goes wrong. He is forced to shift to Missouri with his family to make it up to the cartel. However, Marty ends up getting involved with local criminals. Jason Bateman plays the role of Marty and also serves as the executive producer and director (not all episodes) for the series.

Where Was Ozark Filmed?

‘Ozark’ is a tense television series whose stress-inducing plot takes place against a scenic backdrop of imposing hills and a breathtaking landscape. ‘Ozark’ is set in the Ozarks: an actual range of mountains. In the show, the central characters are depicted living in Missouri: one of the states where the Ozarks are located. Over time. viewers have come to enjoy the dichotomy of the show’s tense plot and its calming setting. Hence, many of them must be wondering where ‘Ozark’ is filmed. Is the Netflix series actually filmed at the Ozarks?

As stated earlier, ‘Ozark’ is set in the titular range of mountains. The Lake of the Ozarks, an actual place in Missouri serves to be one of the primary settings for the show. However, ‘Ozark’ has not been filmed in Missouri. Instead, the series is shot almost entirely in the state of Georgia.

That may seem surprising. However, the state of Georgia has been witnessing a massive surge in the number of projects that film there. In fact, the amount of high-scale productions filming in Georgia has led to the state being dubbed “Hollywood of the South.” The main reason for that has been Georgia’s competitive tax credits program which aids producers in cutting down their filming budgets significantly. A twenty percent tax credit is offered to projects that spend more than $500,000 in the state. This can be increased by ten percent if the finished project carries a promotional logo.

To begin with, the Blue Cat Lodge is one of the first frequently appearing locations of the show. Marty is depicted renovating the Blue Cat Lodge to have the means to launder money through it. Scenes set in the Blue Cat Lodge are actually filmed at the Little River Grill in Canton, Cherokee County, Georgia. The producers actually bought the restaurant (which was closed at the time) for filming purposes.

Close to The Little River Grill is the Little River Marina. Most of the shots depicting the lake and the mountains in the first season of the show were filmed here. Moreover, filming was also carried out at the nearby Williamson Bros. BBQ on Marietta Highway in Canton for the fourth episode of the first season. During the same episode, one of the scenes was filmed at Victoria Harbour Marina on Lake Allatoona. Moreover, Jones Bridge Park in Norcross doubles up as River Light Rapids in the same episode.

Next, Chateau Elan Winery & Resort in Braselton served as a filming location for a scene in the eighth episode of the first season. In the eighth episode itself, one of the scenes was filmed at Silver Skillet restaurant on 200 14th Street NW, Atlanta. Moreover, for the third season, filming was also carried out at River Street Savannah on E. River St. Savannah.

Furthermore, the exteriors of the Byrde family home are filmed in Flowery Branch, Georgia off Gaines Ferry Road. The funeral scene in the sixth episode of the second season was filmed at Mount Pisgah Methodist Church Cemetery in Johns Creek. Other than that, filming was also carried out in Buford (on Shadburn Ferry Road and Buford Dam Road), Woodstock, Stone Mountain Park and Conyers.

I was so freaking excited to see this #Ozark filming location today at @stonemountainpark just outside of #Atlanta!! Lots of shows use this beautiful park for filming, and there’s also a ton of stuff to do there – kayaking, paddle boarding, biking, segwa… https://t.co/7d9LueuqR3 pic.twitter.com/UluTjvFHoT

As mentioned earlier, ‘Ozark’ is set in the Lake of the Ozarks in Missouri but has not been filmed there. Well, that is somewhat untrue. The show does feature a few establishing shots which were taken at the actual Lake of the Ozarks. For instance, shots of the actual Bagnell Dam can be seen in the series and these serve as opening shots.