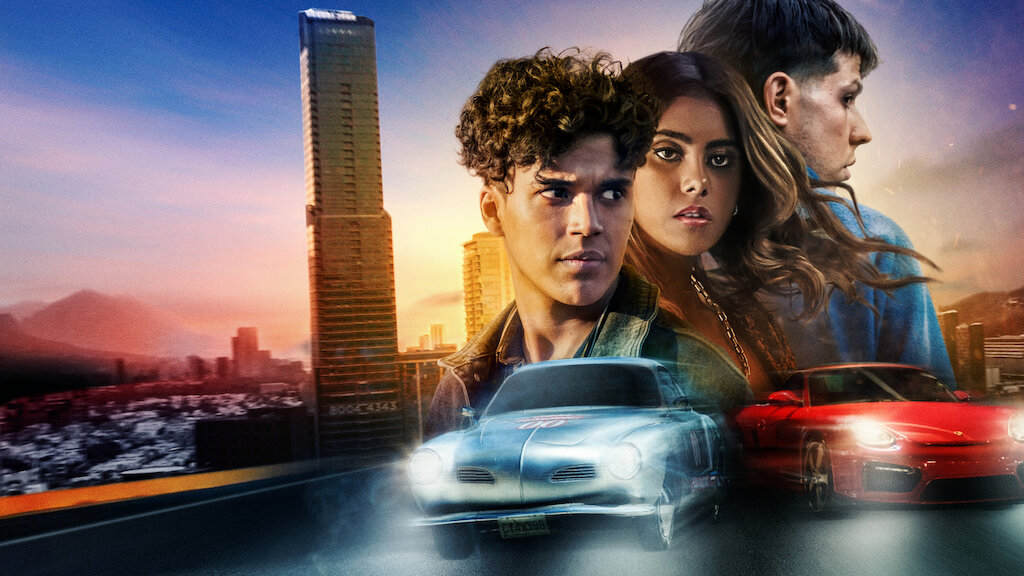 With Ernesto Contreras, Alejandro Fernández Almendras, and Edgar Nito at the helm, Netflix’s original action series ‘Pedal to Metal’ (‘Dale Gas’) stays true to the name and comes off as a slick, fast-paced foray into the world of illegal racing. Following a race that ends in a spectacular disaster, car mechanic and illegal racer Enrique “Kike” Guerrero heads to Mexico City to stay out of trouble. With his only companion, Noche, Kike traverses the sprawling underworld of the city, full of stolen car parts and vehicle theft gangs.

In the process, Kike discovers his family’s stolen car business, which was one of the earliest in the city. Now, while embroiled in a new illegal racing scene, Kike must take the helm of his family empire and return it to its glory days. The premise makes for a cerebral drama, fraught with nitro boosters, car races, and occasional accidents. After its premiere on the streaming platform, the series was applauded on the basis of its lavish production design and youthful charm. However, you may want to know if a sophomore season is in the books. If that is the case, let us probe further.

‘Pedal to Metal’ season 1 premiered in its entirety on March 16, 2022, on Netflix. The first season packs ten episodes with runtimes ranging from 45-60 minutes.

Let us now speculate about the possibility of the second season. As of now, the creators have not divulged anything about a follow-up season, and there is no scope for us to be confident in the absence of an official announcement. If we take the speculative path, the series managed to catch the attention of the audience. It mainly garnered positive reviews with a splendid production design and a grounded story. The performances of the fresh talents in the cast ensemble also seem energetic enough to warrant a second season.

Lastly, movies like ‘Fast and Furious,’ which arguably seems the spiritual precursor of ‘Pedal to Metal,’ spawned several sequels, becoming a popular franchise. Therefore, there remains much scope for the story of this Netflix production to progress further. Having said that, in any case, Netflix takes around two to three months before announcing the renewal of a show. If the streamer announces the renewal by June 2022, we expect ‘Pedal to Metal’ season 2 to premiere sometime in Q1 or Q2 2023.

Pedal to Metal Season 2 Cast: Who can be in it?

Other supporting cast members playing pivotal roles are Tania Niebla (Minerva), Jocelyn Chacón (Rebeca), Iván Martínez (Luisin), and more. Most of the aforementioned actors will head back to star in season 2, given there is one. We may also see some promising talents in the possible second season, if the makers decide to add fresh characters to the narrative.

Pedal to Metal Season 2 Plot: What can it be About?

The first season gradually chronicles Kike’s initiation to the underworld racing scene of Mexico City. Kike and Noche initially attempt to stay out of visibility, but their past catches up with them. Kike comes to know of his family’s sprawling empire in the city, which is currently in tatters. Kike is conflicted – on the one hand, he seeks to revamp his life, while on the other, he feels the burden of his family lineage on his shoulders. Meanwhile, he has to deal with the local gangs to establish his name in the scene. In the end, Kike overcomes his conflict and decides to replenish his rundown family business.

The possible second season may pick up from the aftermath of the first season’s finale. The potential second installment may chronicle Kike rising the ladder in the car theft underworld of Mexico City. He may even form his gang, and some more accidental damages may occur. We will also see the progression of Kike and Noche’s brotherly bond, which may be under strain as Kike assumes control of his family business. Rest assured, there will be more adrenaline-filled car races and chases to keep the viewers pleased if the second season comes into being.

Read More: Where Is Pedal to Metal Filmed? Is It A True Story?