The True Story Behind Penny Dreadful: City of Angels 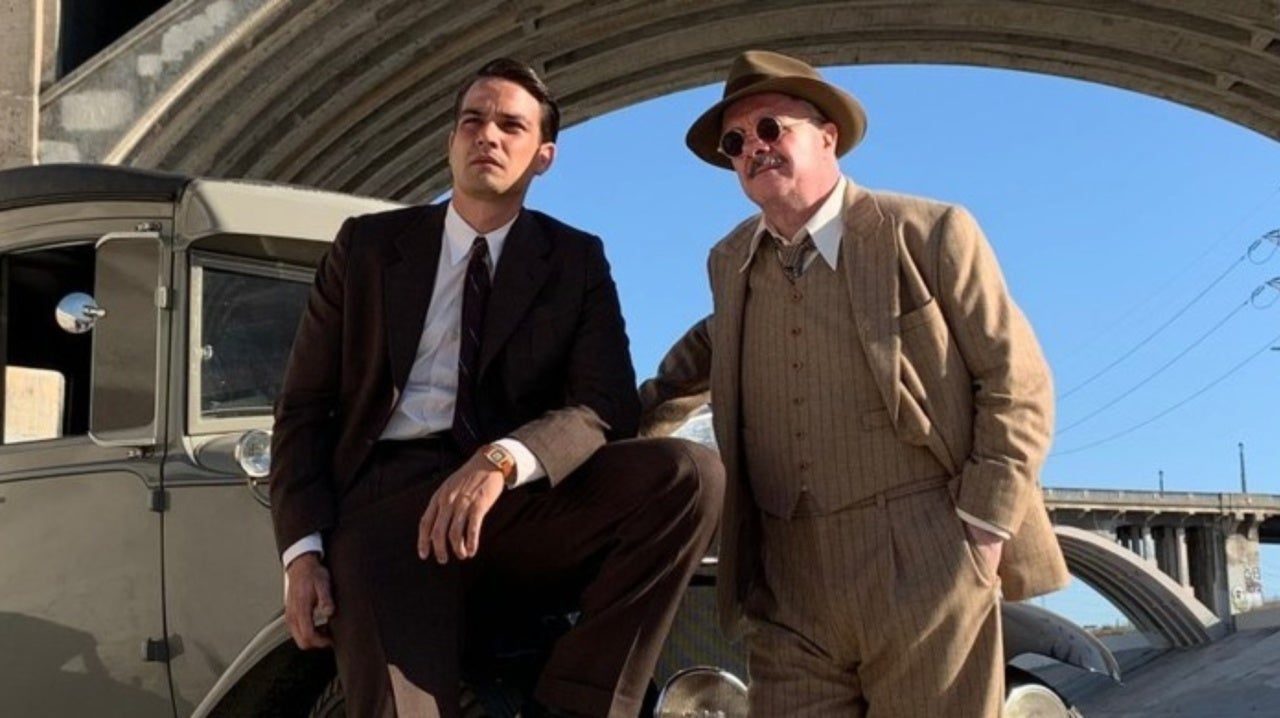 ‘Penny Dreadful: City of Angels‘ is a spin-off to the popular and critically-acclaimed horror television series, ‘Penny Dreadful.’ The spin-off is set in Los Angeles in 1938 and depicts its setting comprehensively. The show revolves around a couple of detectives who become involved in a murder investigation that reflects the history of Los Angeles.

Is Penny Dreadful: City of Angels Based on A True Story?

Well, ‘Penny Dreadful: City of Angels’ is not based on a true story obviously. The supernatural elements in ‘Penny Dreadful: City of Angels’ may not be based on real events, but they certainly have been inspired by actual beliefs and Mexican folklore. Apart from that, the show is set in 1938 in Los Angeles. The time period is more integral to the story than you may think at first. The socio-historic setting of the television series is actually based on very real and important events. Surprisingly, this portrayal of period Los Angeles has nothing to do with Hollywood.

A Love for Maps and Displacement by Freeways

Interestingly, ‘Penny Dreadful: City of Angels’ was conceived because of its creator, John Logan’s obsession with maps. Having spent a considerable amount of time looking at maps of L.A. from the past at the Los Angeles Public Library, Logan noticed how the city’s freeways led to the displacement of various marginalized communities. That is how Logan came up with the idea of the protagonist, Tiago’s elder brother, Raul. In the television series, Raul is shown being a union organizer trying to protest the construction of the Arroyo-Seco Parkway, which will displace his community.

However, before the freeway was built, it is integral to understand that the city of Los Angeles was expanding rapidly. The trolley railway system was monumental for the horizontal expansion of the Los Angeles metropolitan area. Such progress proved to be inviting to various communities who wanted to take advantage of the upcoming urban opportunities. However, “the Red Cars provided an environment for racial interaction to take place within a society that believed in racial segregation. This concerned progressives who believed that racial interactions and tight quarters were detrimental to personal health. Progressive movements in the east started off due to middle-class concerns over contagious diseases found in clothes produced by working-class immigrants in sweatshops” (The Toro Historical Review).

Such rapid development also led to increased traffic congestion and the need for expanding roads and constructing freeways. Arroyo Seco Parkway was the first roadway in the West that would allow automobiles. Local communities with local officials had been set up to decide the best possible locations for the construction of freeways. These local officials frequently thought of predominantly Mexican, Russian Jewish, African-American, Irish, and Italian areas as slums and labeled them as “red-tagged.” They would reason their decisions out by relying on the belief that immigrant working communities lived in unsanitary conditions and were regarded as the cause of outbreaks like the bubonic plague.

It ought to be noted here that ‘Penny Dreadful’ aired during the peak of the Coronavirus outbreak. Hence, the above-stated historical predisposition against immigrant communities being the cause of outbreaks due to “unsanitary living conditions” proves to be a timely (albeit unplanned) mirror to the anger against the Chinese.

This may come as a surprise to many, but there was a growing Nazi influence in the United States, especially Los Angeles in the 1920s and 1930s. What is even more surprising is the fact that such activities were planned and directly orchestrated by Hitler’s German Reich.

After Hitler’s ascension to Chancellor of Germany in 1933, Nazi officials started the Friends of New Germany (FNG) Organization by sending official agents, in a bid to garner foreign support. The FNG organization was later renamed to the German American Bund. They started recruiting people at their Deutsche Haus headquarters.

In ‘Penny Dreadful: City of Monsters.’ a character named Peter Craft is shown as the leader of the German-American Bund. Furthermore, Smithsonian Magazine notes, “before the various theaters of war opened in the late ’30s and early ’40s, the Nazis trained their eyes on the theaters in Hollywood. Hitler and his chief propagandist, Joseph Goebbels, realized the power of the film industry’s messaging, and they resented the unsavory portrayals of WWI-era Germany.” This brings us to the next section: radio evangelism’s rising popularity.

Variety reports how “the displacement of minorities to a rising nationalist movement and the danger of mass media propaganda — is why Logan feels his new “Penny Dreadful” couldn’t be timelier, despite being set more than 80 years ago.” The show also takes a look at the increasing power of radio evangelism at the time. A character named Sister Molly is loosely inspired by Aimee Semple McPherson: a popular radio evangelist.

“In the nineteen-twenties and thirties, she was one of the most famous women in America,” the New Yorker notes. In 1924, she started to hold radio sermons, which proved to be a revolutionary medium for evangelism. Aimee was no lesser than a celebrity. She broadcasted her sermons on the KFSG radio station.

“It likely even drew people who may never have thought of listening to a religious radio station before, until the word was spreading around town about Aimee Semple McPherson’s church and the exciting way she could preach…During those “pioneering” days of radio, KFSG set a standard for future Christian broadcasting, and cleared a path for the nearly 2000 religious radio stations on the air in the U.S. today to follow,” reports Radio heritage.

In ‘Penny Dreadful: City of Angels’, Tiago’s younger brother, Mateo, is depicted getting involved in the Pachuco culture, which is best known for its Zoot suits. Pachuco is a term that is used to refer to a Mexican youth subculture that emerged in the late 19th and early 20th century. “Pachuco developed through a complex interaction between the Mexican American youths and their experiences in a dominant culture. Media reports frequently classified these Mexican American youths as unpatriotic delinquents destroying American cities, ” according to Grinnell College’s Subculture and Sociology department.

The Pachuco culture gave the Mexican-American youth a voice and an identity in an increasingly oppressive mainstream American culture. ” The clothing style of Mexican American men symbolized protest against the American tradition. Pachuco men wore suits that featured trousers with a high-waist line and wide-leg cut that filtered down into a tight-cuff. The long suit coat with wide lapels and wide padded shoulders easily distinguished zoot suits from all other types of suits. Some men accessorized the zoot suit by wearing pancake hats and hanging long chain from their belt”

On August 2, 1942, a man named José Gallardo Díaz was found dead near a swimming hole called the Sleepy Lagoon. Despite the lack of enough evidence, 24 members of an alleged “38th Street Gang” were arrested since racial tensions against immigrant Mexicans were high, and a “Mexican crime wave” was suspected by dominant social groups. This led to the media unfairly painting the Pachuco culture, Mexican-American youth, and those wearing Zoot suits as dangerous and criminal. This led to the Zoot suit riots: violence between Mexican-American youth gangs and military servicemen.

“The media continued to perpetuate the Pachuco stereotype of violent gangsters, never considering the possibility that the Pachucos were victims of a coordinated effort by the law enforcement and military servicemen.”

Read More: Where Was Penny Dreadful City of Angels Filmed?