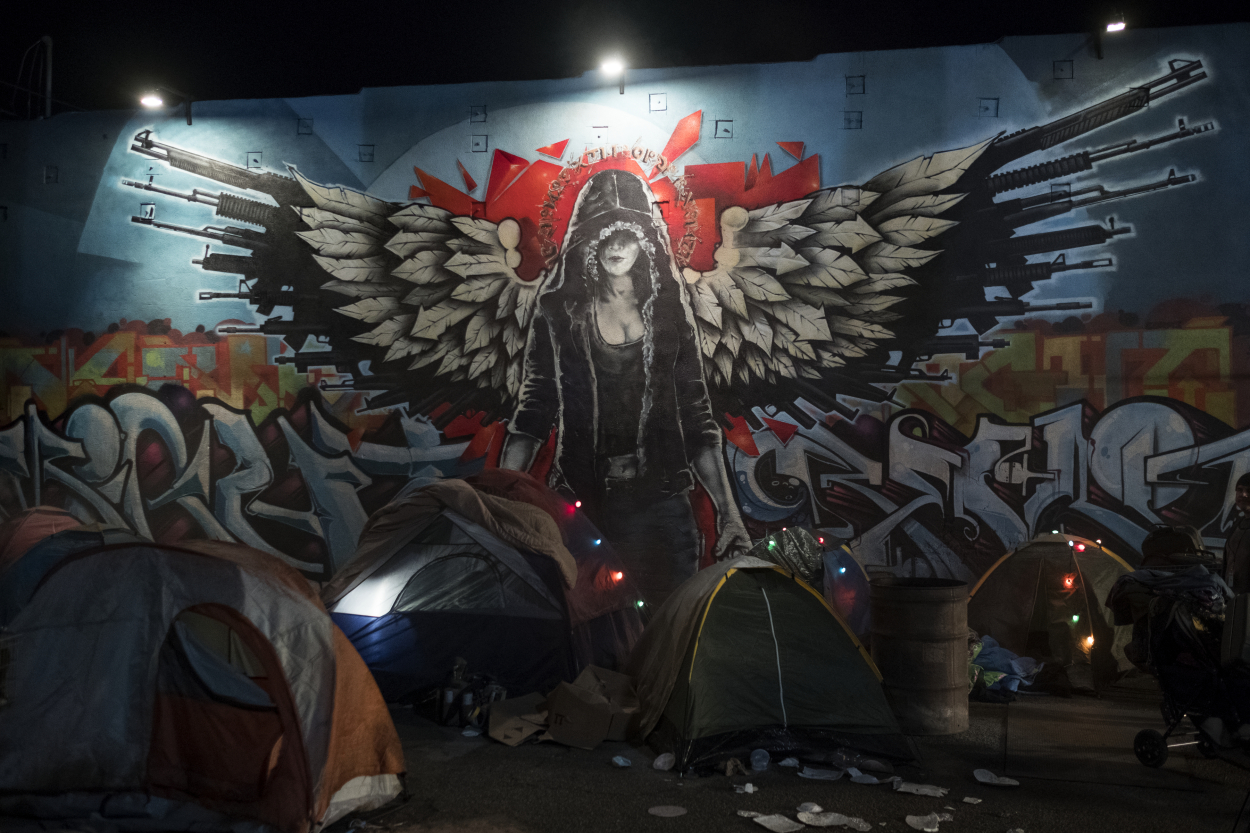 While Jennifer Garner has built up a diverse filmography in the course of her nearly three-decade-long career, there is always a special kind of curiosity among the audience whenever she stars in an action film. Directed by Pierre Morel (‘The Gunman’), Peppermint is a homage to those revenge flicks of the 1980s and 1990s in which the Stallones and Schwarzeneggers of the world took on insurmountable odds and came out triumphant. In an age when non-superhero action movies are becoming too cerebral, ‘Peppermint’ challenges the current convention and takes its audience for a fun-filled ride of the good old days. SPOILERS AHEAD.

The film opens in the confinement of a car. Riley (Garner) fights a Cartel member and kills him. The scene then shifts to five years before. A wife and mother, Riley leads a busy life. She works at a bank and has a long-running rivalry with the mother of another student at her daughter’s school. Her husband, Chris (Jeff Hephner), runs a struggling garage. A friend of his suggests that they should rob a local drug lord, Diego Garcia (Juan Pablo Raba). After some consideration, Chris turns it down. But by then, Garcia has already discovered the plot. He kills Chris’s friend and tells his men to make an example out of Chris.

It’s Riley’s daughter Carly’s (Cailey Fleming) birthday. Although she and Chris arranged a birthday party for her, no one shows up. So, to cheer their daughter up, the family visits the Christmas Carnival. They ride all the rides, play all the games, and order ice-creams. Carley orders peppermint, double scoop. As they are walking away, Riley goes back to get some napkins. It is then that Chris and Carley are killed in a drive-by shooting. Riley was shot as well, but she recovers.

When Detective Carmichael (John Gallagher Jr.) visits her for testimony and to let her know what has happened, she tells him that she saw all three shooters. She then correctly picks up all three of them from the police line-up. But the trial doesn’t go as she hoped. The defense lawyer visits her, offering her money and telling her to disappear. When that doesn’t work, he uses the psychotic medication he saw at her home to portray her as unstable. It is clear that the prosecutor and the judge are on Garcia’s payroll. The case is dismissed. A disillusioned Riley tries to attack the three killers but is retrained by the court officials. She later escapes custody, steals $55,000 from the bank she used to work at, and goes into hiding.

]In the present day, Riley has returned and has embarked on a warpath. She first kills the three men responsible for her family’s death and hangs their corpses from the same Ferris wheel that she, Chris, and Carly rode on that fateful day. She then murders the corrupt judge, prosecutor, and defense lawyer. As she begins to take Garcia’s organization apart, the LAPD and the FBI discover that she is back, and tries to apprehend her by revealing all the details about her case to the media. However, it has the opposite effect. The public begins sympathizing with her.

The FBI tried to keep track of Riley in the intermediate years, especially because she robbed a bank before disappearing. She traveled the world and learned how to fight, shoot a gun, and survive in a hostile condition. Garner’s casting in the role adds a level of believability to it. There are very few actors, male or female, active today that can inspire such confidence. She brings to the character a relentless intensity that keeps the audience enraptured throughout the entire runtime, although the film’s tight-knit editing has something to do with that as well. Riley has been in L.A. for at least three months. She acquired military-grade weapons and set up her base in a van parked in Skid Row. In time, she gained a reputation there for protecting the children and weeding out the criminal elements. For this group of homeless people living in abject poverty, she is an angel with guns.

Since she arrived in the city, Riley has been systematically dismantling Garcia’s entire operation. She sows discord between the Cartel leaders and Garcia by making multiple shipments disappear and then turns the Korean mob against him by attacking their joint money laundering venture and burning all the cash. She kills the three murderers on the 5th anniversary of the death of her daughter and husband. Her method is almost ritualistic. It is her way of declaring that she has returned.

A Hero in the Digital Age 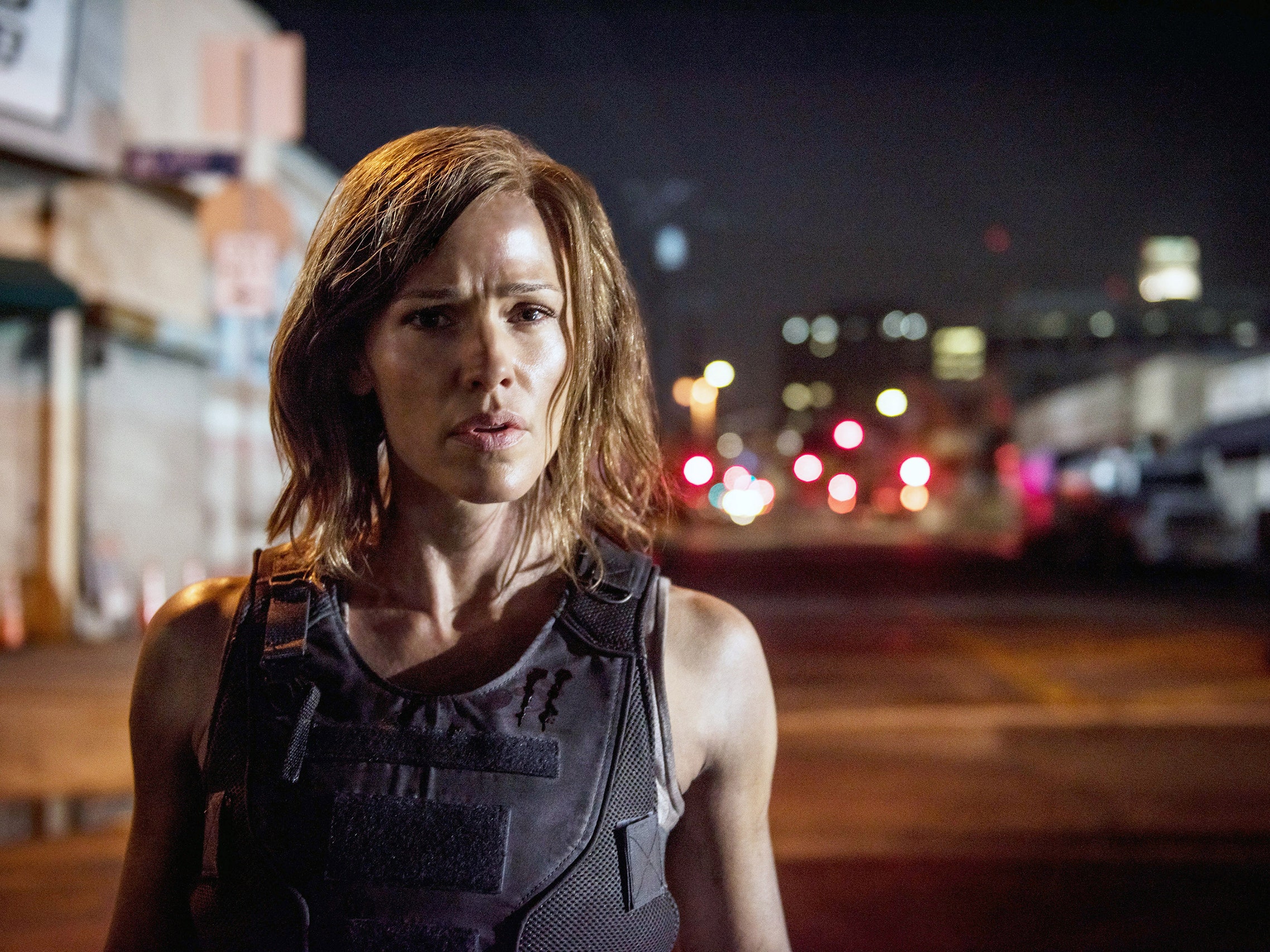 Garcia tries to kill her by rigging his drug lab and luring her there, but she manages to escape through a sewer. Later, she attacks Garcia’s home and nearly kills him, but right at that moment, his daughter shows up. Despite all the monstrous things he has done in his life, his daughter doesn’t deserve to watch her father die before her. As Riley hesitates and has a vision of Carly, Garcia stabs her and escapes with his daughter. Riley leaves as well before the cops arrive and hides in an abandoned building near Skid Row. As the world learns her story, support pours in on social media. She is hailed as not just a vigilante but a hero. There is no doubt that her path is legally wrong, but when justice is denied by the very system that is supposed to protect you, the only thing is left for you to do is to rebel against the system.

Carmichael has all the appearances of an honest cop. During the investigation, he genuinely seems interested to bring the murderers to justice. When that doesn’t happen, he appears to be deeply sympathetic towards Riley. His zeal even makes his senior, Detective Beltran (John Ortiz), warn him about the possible repercussions from Garcia. As it turns out, it’s all an act. He has been on Garcia’s payroll for a long time. After FBI Agent Inman (Annie Ilonzeh) finds Riley’s van, he kills her and calls Garcia, who shows up there with his entire crew.

In the ensuing fight, Garcia initially loses several men, prompting him to take a young girl hostage. Despite being corrupt, Carmichael doesn’t want the death of a young girl on his conscience. He protests and gets threatened in return. When the police arrive, Garcia thinks that Carmichael has betrayed him and kills him. His brief moment of remorse ends abruptly. Throughout the film, Morel hides that Carmichael is Garcia’s informant by deftly using Beltran as a diversion.

Riley takes a video of Garcia, Carmichael, and their crew. She then shares it with the national media, revealing her location to the law enforcement and the rest of the country and asking them to come to Skid Row. She gives herself up when Garcia threatens the young girl. Despite Carmichael’s urging, Garcia doesn’t kill her immediately and starts beating her. Even at that moment, she is defiant and continues to taunt him as she waits for the police to come. When they do, she follows Garcia and easily defeats him. As she points her gun at him, Beltran and other officers surround her. Garcia grossly misjudges the situation when he boasts that he will spend less time in prison than her. In reality, this has always been her end game, killing him and then dying herself. She shoots him, and the officers shoot her in turn before Beltran can stop them. He later finds her at her family’s gravestone. When she pleads to him to let her die, he tells her that this isn’t where her story ends.

The closing scenes of the film take place in a hospital. Beltran gives her the key to her handcuff, and she subsequently escapes. Although she stated earlier that it is time for her story to end, she survives. And now free of both police custody and the burden of vengeance, she can finally find some peace. Her life will likely never go back to what it was when her family was still alive, and she will forever have nightmares. However, at some point, she might finally decide that it is time to rebuild her life and find happiness again.