Where Are Pete and Jane From Win the Wilderness Now? 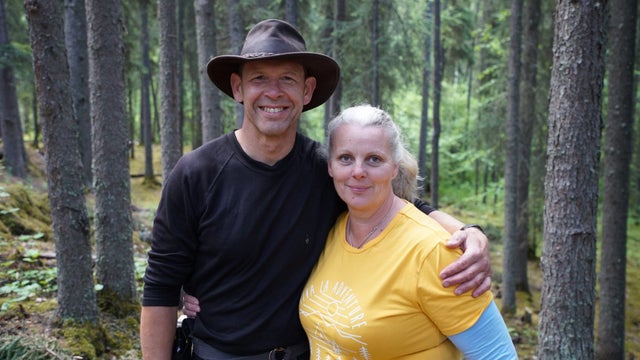 With the hopes of staking their claim to a beautiful, three-story, hand-made home in the wilderness of Alaska, 6 British couples travel far and wide to compete with each other and prove their worth to the people who have invested years in building and maintaining that home. ‘Win the Wilderness‘ is a one of a kind series that revolves around Duane and Rena Ose choosing the right couple to take their 5-acre legacy forward. They basically pick an heir for Ose Mountain.

One such couple in the competition were Pete and Jane Gough. The married 54-year-olds from Devon dreamt of having their own wildlife retreat for years, and now with their kids all grown up, they finally felt that they were ready to turn that dream into a reality.

The retired police officer and midwife did very well throughout the series and were the top three couples in the running for Osa Mountain, but unfortunately, even though they were so close, they couldn’t make it all the way. When they were told that they had to head back home to the U.K., Rena Osa said: “It’s all about potential, and I know you guys got some, but they’ve got a little bit more potential than you two and, well, it’s just a gut feeling.”

Jane even posted the following on her Instagram with the caption that included: “Such a privilege to have had the opportunity to take part in this – we feel like we won anyway as we are rich in experiences and friendships. Not just the other couples but the whole production crew and the locals who let us glimpse into their fascinating lives and gave us the best Alaskan time.”

Are Pete and Jane Still Together?

Well, yes! The couple is still together and happily married to each other. The humorous couple won everyone’s hearts with their light-hearted banter and infectious nature on the show, and it doesn’t seem like it’s any different in real life as well. Pete, who retired in 2014, is still the same, deeply in love with his wife and looking to go on new adventures with her. And Jane, too, seems to be trying new things while still working as a midwife and keeping her positive nature.

Where Are Pete and Jane Now?

Pete and Jane are living in Yealmpton, a village in Devon, England. The couple has built a life together there, and they still appear to be enjoying the beauty that surrounds them. Although, according to Jane’s Instagram, she and Pete did recently take a trip down to France to enjoy some downtime with each other for their 30th wedding anniversary.

We do hope that Pete and Jane’s life is full of happiness and love and that they get everything they desire and more.

Read More: Where Are Mark and Emily From Win the Wilderness Now?