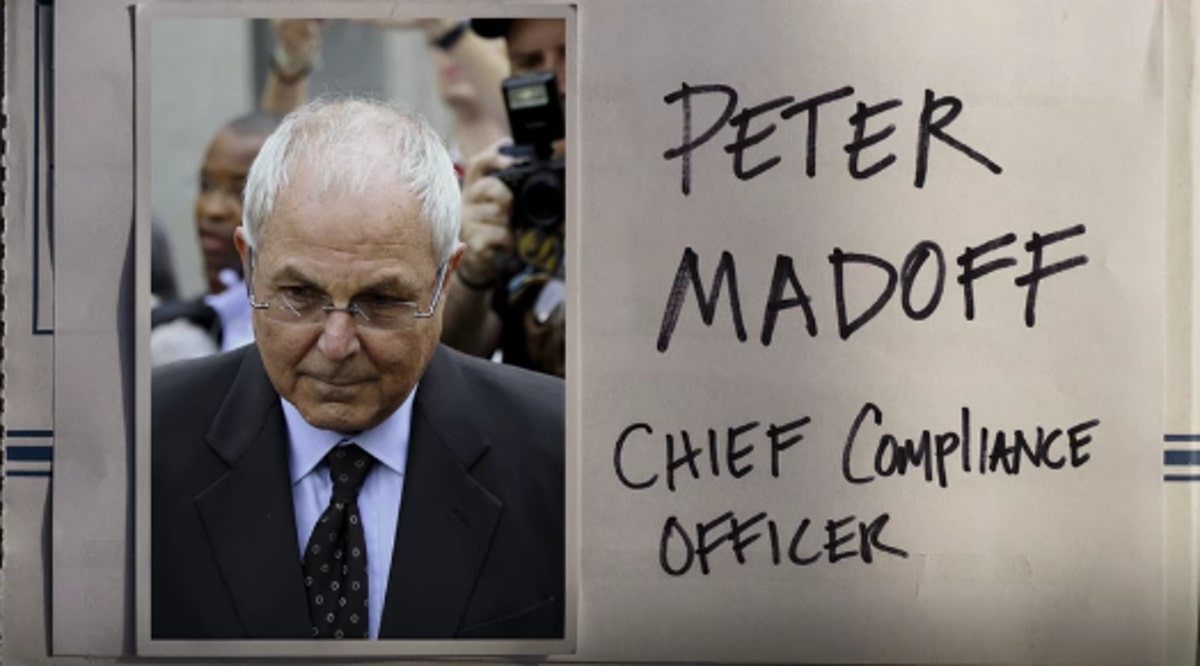 As a documentary series that delves into the rise and fall of financier Bernard “Bernie” Madoff, Netflix’s ‘Madoff: The Monster of Wall Street’ can only be described as haunting as well as riveting. After all, as per his own admission, he’s the individual who solely managed to orchestrate one of the biggest Ponzi schemes in the financial world’s history, just for it to crumble apart in late 2008. Yet for now, if you simply wish to learn more about the one always believed to have helped in the scam despite there being no hard evidence — his brother, Peter Madoff — we’ve got you covered.

Who is Peter Madoff?

Born in Queens, New York, to Sylvia (née Muntner) and Ralph Madoff as the youngest of three, Peter grew up always admiring his elder siblings Sondra as well as Bernie rather than anyone else. That’s because they hailed from a constantly struggling family of Jewish immigrants — with them being the second generation — making him realize the core significance of hard work first-hand. Peter thus pursued a Juris Doctorate specializing in Banking, Corporate, Finance, and Securities Law from Fordham University (1967-1970) before joining Bernie’s penny stock broker-dealership.

Peter actually held the titles of Senior Managing Director and Chief Compliance Officer by the time the 2000s rolled around, all the while serving on the Board of several financial organizations. These included Nasdaq, National Stock Exchange, the Securities Industry and Financial Markets Association (SIFMA), and The Depository Trust & Clearing Corporation, amongst a few others. In spite of these extensive responsibilities, though, he reportedly surpassed expectations at every turn to ensure his elder brother, as well as his name at Bernard L. Madoff Investment Securities, remained highly regarded.

However, according to the Netflix original, Bernie was a bully — he appreciated his family’s involvement in the trading business and even beyond, but only if everything was done his way. Whenever Peter tried to raise a point, vary from the norm, or just speak his mind regarding some particular topics, the former’s then-assistant said, he used to blow up to shut him down no matter who was around. There were times Peter had to walk on eggshells near his brother, per the series, yet he was still one of his most-trusted employees — yet, he also reportedly learned of the fraud in December 2008 itself.

Where is Peter Madoff Today?

Despite Peter’s insistence that he had no hand in his elder brother’s 45+ year-long Ponzi scheme, he remained under scrutiny for a long time since he was by Bernie’s side for the majority of it. Therefore, he was ultimately arrested on related charges, driving him to plead guilty to one count of falsifying records of a broker-dealer and one count of conspiracy with multiple aims in 2012. Though it’s imperative to note neither of these directly implicate him of participating in the massive fraud or even knowing about it in the first place — something he still vehemently maintains.

“I was in total shock,” Peter stated when he pleaded guilty, referring to the precise moment he discovered the scam with Bernie coming clean. “My world was destroyed. I lost everything… I only did as my brother had said, as I had consistently done for decades.” He was sentenced to 10 years, just to be transferred into home confinement from the low-security Federal Correctional Institution-Miami (FCI Miami) on November 19, 2019. From there, he was released for good upon serving roughly 9 years in total on August 13, 2020. It appears as if Peter currently leads a quiet life in West Palm Beach, Florida, as a free man alongside his wife.

Read More: Harry Markopolos: Where is the Madoff Whistleblower Now?