Is Philip Rosenthal Married? Does He Have Children? 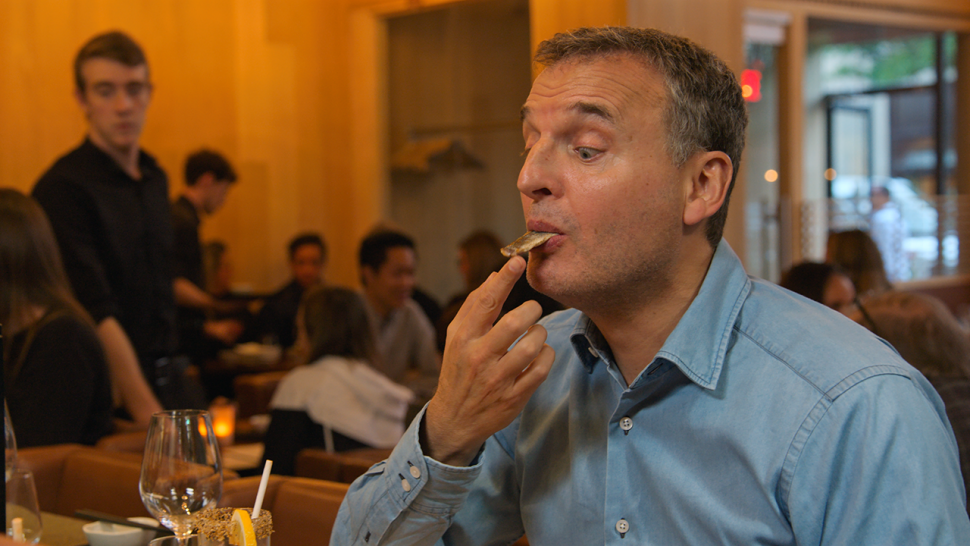 Philip Rosenthal is an American television writer and producer who is known for hosting the PBS series ‘I’ll Have What Phil’s Having’ and its reworked version ‘Somebody Feed Phil’ on Netflix. The star has also co-written the Emmy-nominated opener for the series with the band Lake Street Drive. But he is most famous for being the creator, writer, and executive producer of the award-winning sitcom ‘Everybody Loves Raymond.’

The host’s signature wide-eyed enthusiasm and happy-go-lucky nature have won the hearts of millions. Though it may seem like he spends most of his time on his culinary travelogues, Philip’s life is, in fact, wrapped around his family. Let’s find out more about Philip’s parents, wife and children!

Born in a Jewish family, Philip Rosenthal spent most of his childhood in Rockland County in New York. His German-born parents, Helen and Max Rosenthal, were the stars of the hit Netflix travel and food series ‘Somebody Feed Phil.’ As the host, Philip would be seen hanging out with his hilarious parents. Each episode would end in a video call to his family during which he would narrate the exciting adventures he had while globetrotting and exploring multi cuisines. 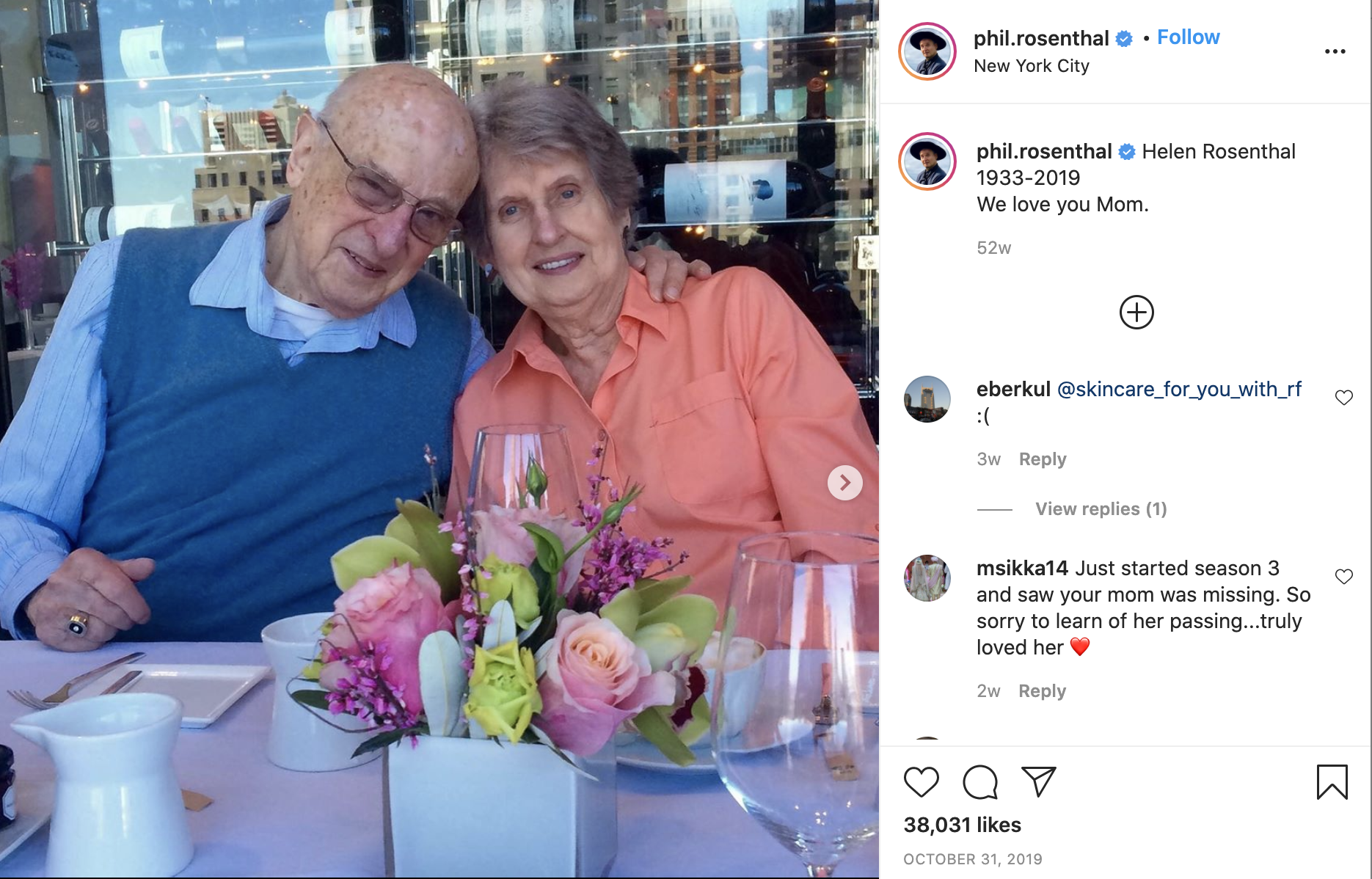 Heartbreakingly, his mother passed away in October 2019, and the viewers were saddened after they did not see her on Season 3 of the show. His fans were surprised to know that Helen was actually the inspiration behind the infamous character of Marie Barone, the protagonist’s mother, on ‘Everybody Loves Raymond.’ Being the son of German immigrants with a complicated life history, Philip made the stage his outlet for expressing his trauma.

While attending Clarkstown North High School, Philip became an active part of the institution’s theatre and drama club, Cue ‘N Curtain. Though he started as a performing artist, the multitalented star’s focus gradually shifted to production work. He made a breakthrough in TV with ‘Everybody Loves Raymond,’ which was a huge commercial success. The skilled writer won an Emmy nomination for Outstanding Writing for co-writing a 9/11 telethon ‘America: A Tribute to Heroes.’ It was broadcast on all four major American networks – Fox, ABC, NBC, and CBS.

Philip Rosenthal has been married to Monica Horan since 1990. He met the American actress when she was hardly 23 years old after he had seen her flawlessly performing in a play in New York City. As luck would have it, they ran into each only at NYC, though both had been theatre majors at Hofstra. The two formed a deep friendship with each other and joined a comedy group together. Philip keeps his personal life under the wraps so whatever little is known is only from old interviews given by his wife. 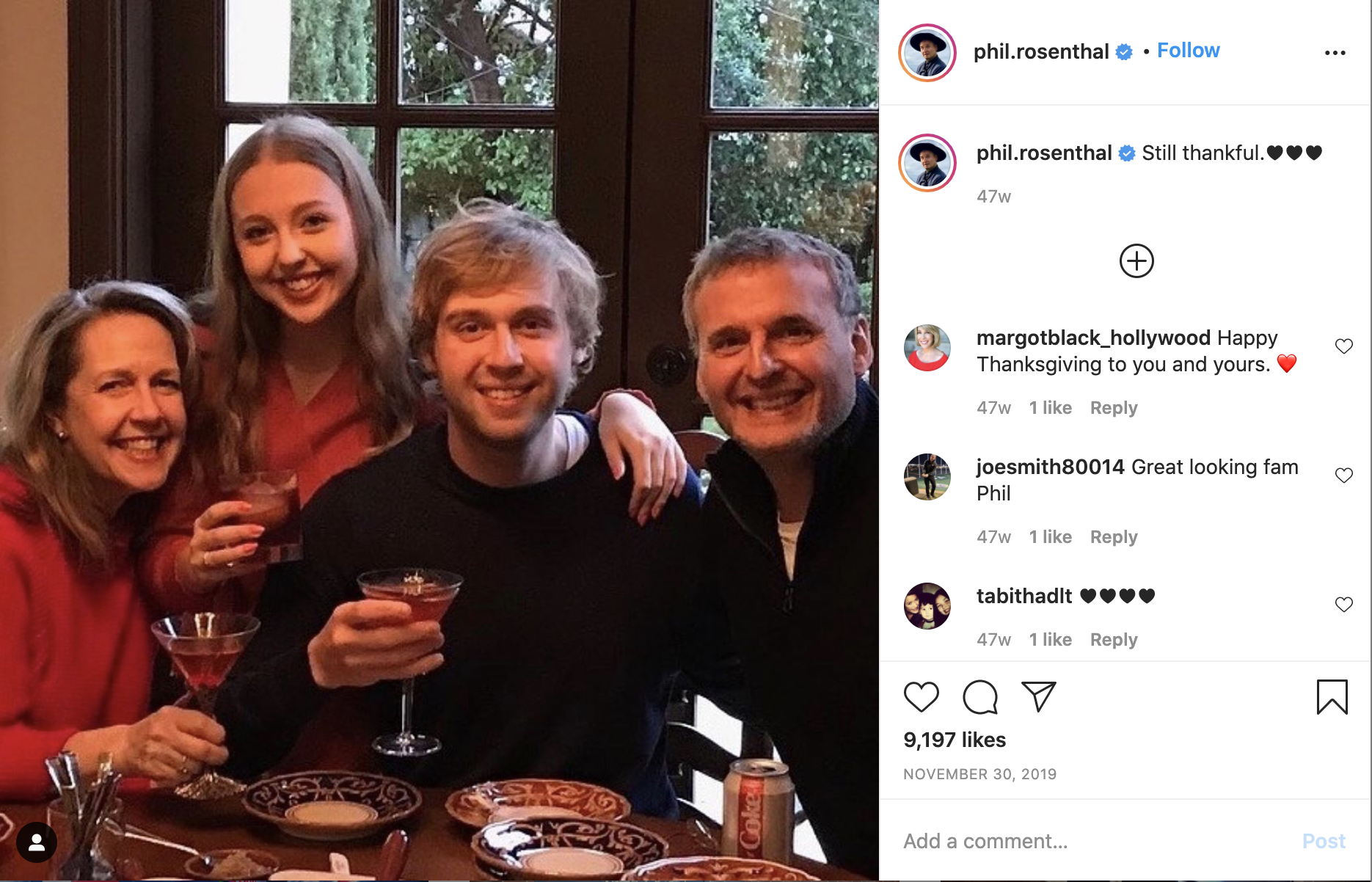 She excitedly shared how she converted from her childhood practice in Catholicism to Judaism before tying the knot with him. Her meeting with Philip’s grandmother altered her religious views. Philip and Monica are proud parents to two children, Lily and Ben Rosenthal. They have founded The Flourish Foundation as a philanthropic endeavor to fund theater, dance, and music workshops for the youth of Los Angeles.