‘Photocopier’ makes for an enthralling watch. While the movie takes its time building the plot, the crime mystery thriller also does a great job of placing the viewer in the protagonist’s shoes. After all, Suryani — a bright and diligent student — has to rely on a scholarship to complete her education. The proactive student is also involved in designing the theatre team’s website, but when one thing leads to another at Mata Hari’s party, she ends up losing the grant.

Unable to afford tuition without the money from the alumni, Sur, as she is lovingly known, then embarks on a journey to piece together what transpired that fateful night along with Amin, her friend who works as the photocopier on campus. Well, as the Pandora’s box opens, many a secret come to the surface. So, does the culprit get their comeuppance? SPOILERS AHEAD.

Suryani is an intelligent student studying computer science at college, and this is also why she is involved with building Mata Hari’s website. The theatre department decides to celebrate the success of their play at Rama’s house, and Sur is also invited. There is also the matter of a job opportunity Rama’s father wants to discuss with her that night. Before she leaves for the party, her religious Muslim father reminds her to stay away from alcohol.

The next day, Sur has a review meeting with the scholarship committee. However, things don’t go her way due to some damaging images posted on her social media. With no memory of the night to back her claims, Sur unravels the mystery with the help of Amin, but the matter is not so simple. After eventually suspecting Tariq of drugging her, Sur realizes that it was none other than Rama who had sedated her.

With the help of the NetCar driver, Rama stripped Sur and took images of her body to use for his set designs. But Sur is not his only victim — Farah and Tariq have been subjected to the same in the past. Previously, Sur tried to go to the ethics committee, but given Rama’s stature in society, it is not easy to hold him accountable. The three steal the cabbie’s phone and discover videographic evidence that strengthens their claim. But Rama uncovers the plot and, in a very poetically menacing scene, burns the phone. So, will the trio be able to bring him to justice?

Photocopier Ending: Does Sur Get The Scholarship Back?

For the most part, Rama is able to get away with his scheme, and people — including her own father — do not believe her. After all, he has an innocent face, pleasant disposition, and it is very difficult to believe that someone like Rama would do unethical acts. Sur has Tariq and Farah, also victims of Rama, to back up her claims. Sur’s mother believes her and tries to help Sur as well. Despite all this, Rama is able to thwart their plans and, once again, not be held accountable for his actions. 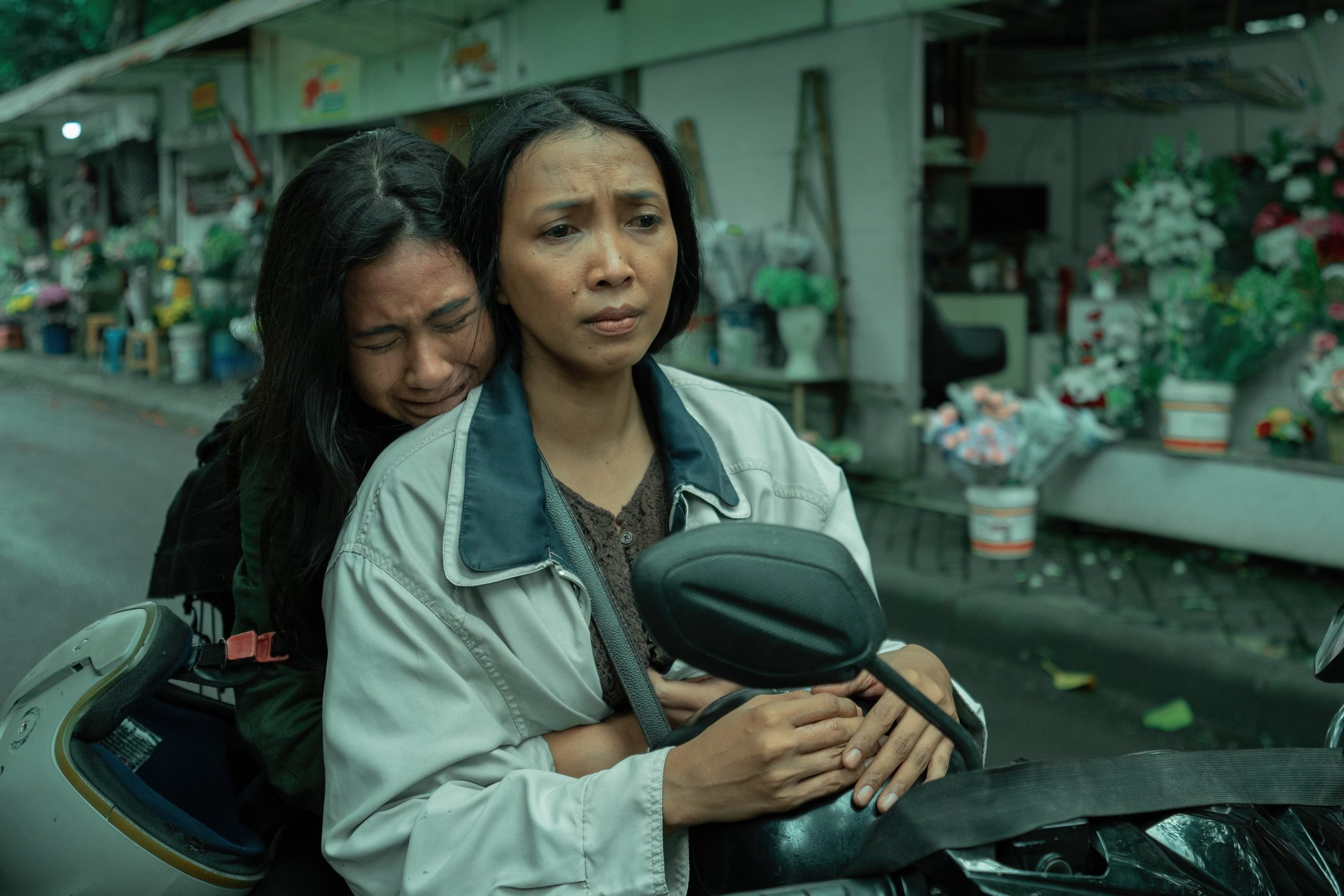 By the climax, the women are at their wit’s end, and with nothing else really left to lose, both Farah and Sur drag the Xerox machine to the roof and photocopy their stories and the remaining evidence. Then, they throw these papers for the whole university to see. Soon, Tariq joins them, as do a plethora of other women. With everyone on campus now made to witness the extent of the exploitation, Sur and Farah may have gained some credence, especially since Rama masterfully made Sur put out a public apology for her “fake allegations” against him previously.

The whole campus is made privy to the matter, but the survivors still have a long road ahead of them. After all, this whole ordeal started when the members of the scholarship committee pulled the rug out from underneath Sur because of her “immoral” behavior of indulging in parties and alcohol. And she goes out on a limb to discover what happened that night, only to find out that Rama would sedate people and then take naked photos of them as “inspiration” for his own designs.

Rama has also been one step ahead of his survivors every step of the way, and with him destroying the phone that had the video evidence, Sur’s credibility takes more hits. In the end, as the victims photocopy their story, scars, and other evidence, it becomes harder to ignore the truth. Given that there is strength in numbers, people will most likely believe Sur. But as far as the scholarship is concerned, it seems like the board will take their time to investigate the matter. Furthermore, given that Sur has hacked into the devices of multiple students on campus, her moral slate is not exactly white either. 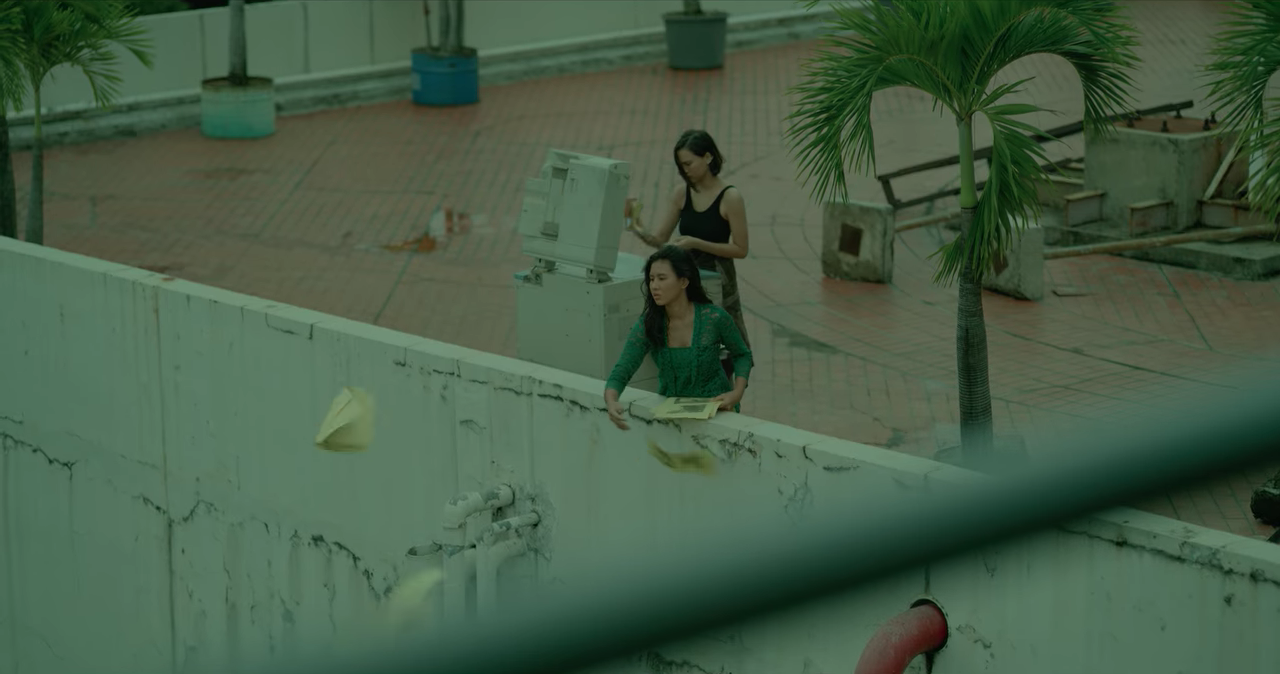 Although the hacking can be seen as a necessary evil to uncover the reality, Sur’s actions are tinged with ethical ambiguity throughout, and the board can thus make a case against her receiving the scholarship. At one point in the movie, Sur says that she did not meet the “moral clause” of the scholarship requirement, and that does hold true thought the movie; even Amin has pointed this out. Hence, it is safe to say that Sur will not be receiving the university grants, although her mother will now proudly help her daughter achieve her dreams.

Will Sur Take Rama to Court? Do People Believe Her?

Although it seems like Sur, Farah, and Tariq reclaim the narrative and expose Rama for what he really is by photocopying the evidence and throwing it off the roof, it seems like they still won’t be able to take Rama to court. After all, the cab driver’s phone was their strongest piece of evidence, but Rama burns it. So, they have to back to their preliminary findings and share their story. 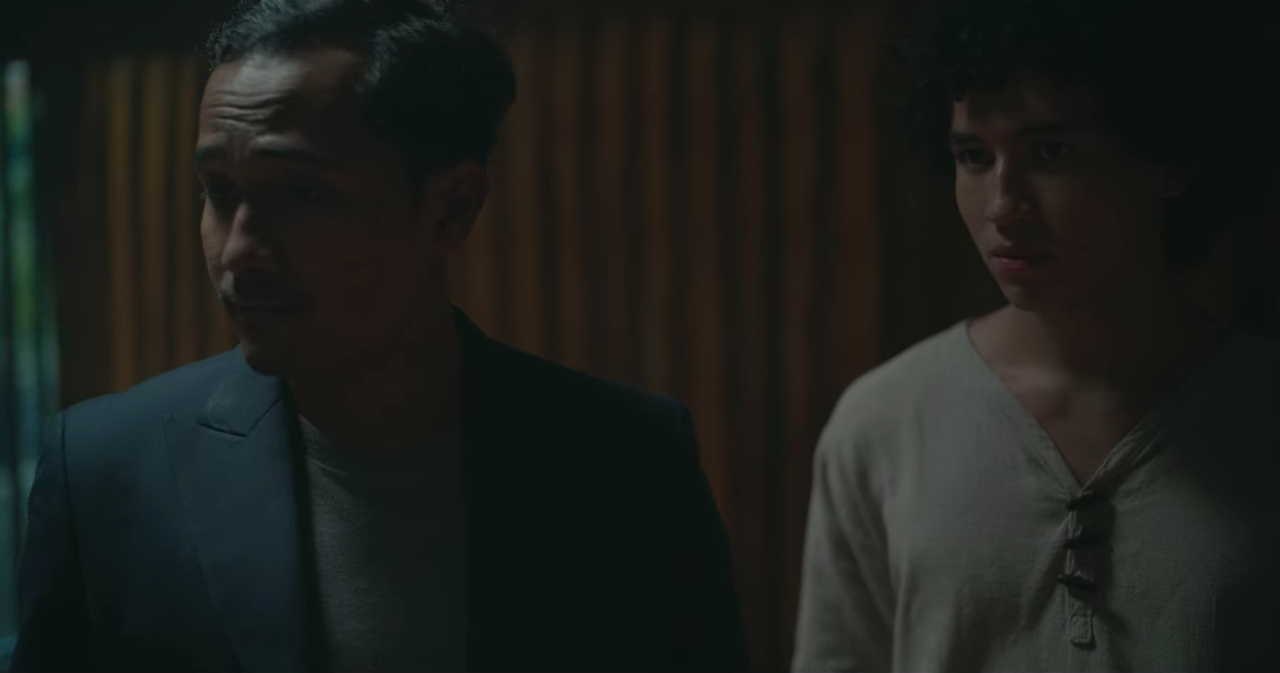 While they may have finally been able to get the truth out there, in a court of law, matters have to be proven beyond a shadow of doubt. Rama claims that he merely took photos of the Milky Way — not Sur’s birthmark — and even the university will most likely back him due to his father’s connections. The fact that many people have backed Sur’s claims does work in their favor, it still seems like Rama will escape justice, especially since Sur herself had to indulge in some unethical practices to get this information.

Who is Miss Siti?

Even when Sur’s father does not believe her, Sur’s mother understands her daughter’s plight. After all, the mom recognizes Sur’s birthmark in the photos of the set designs. Following the embarrassing moment where Sur has to record a public apology for Rama, her mother knows that something is up, and she takes Sur to Siti’s place. The three talk about a urine test and how they could have possibly traced the agent used to sedate her had it not been too late. 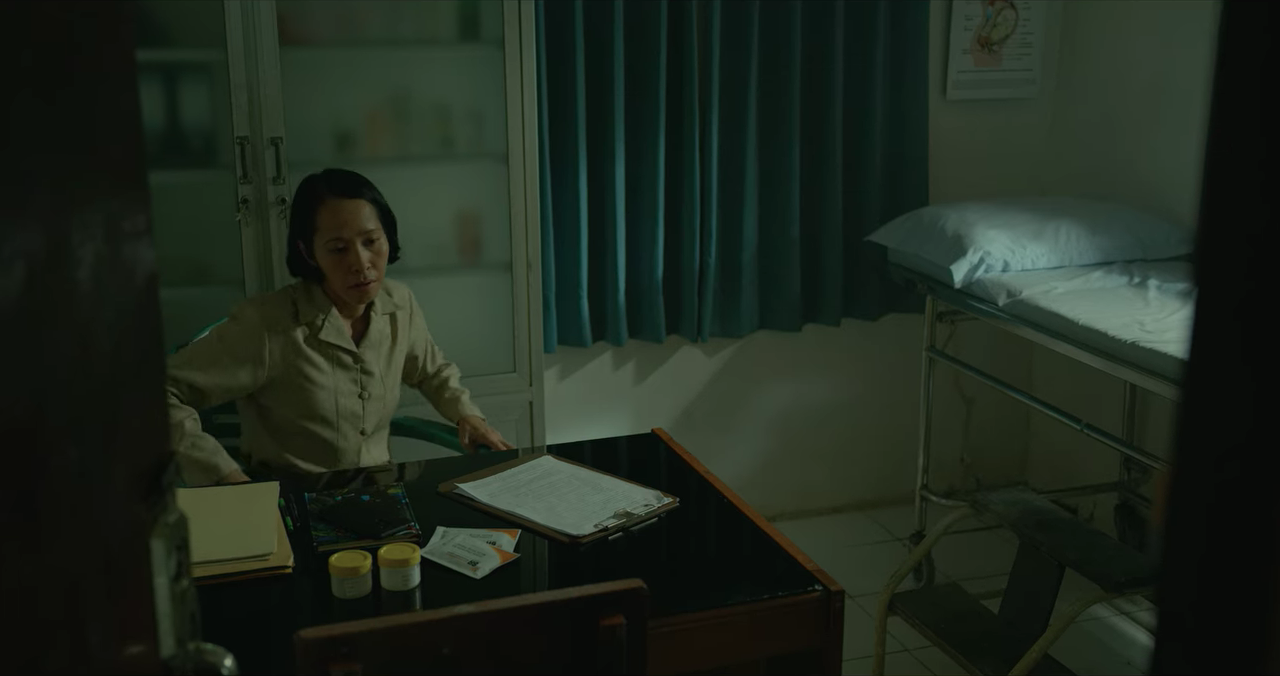 Thus, it seems like Siti is a doctor as well as Sur’s mother’s friend. Siti understands the delicacy of the situation and is an aid to the college student. In fact, it is at Siti’s place that Rama ambushes the group after they successfully capture damaging evidence against him. The house acts as a base for Tariq, Farah, and Sur to congregate at, and that is much needed for the trio.

How Many People Has Rama Photographed? Was Sur Sexually Assaulted?

There are 8 videos found on the cabbie’s phone, which makes it seems as though Rama has only been able to target 8 students thus far. However, we know that Amin previously shared various students’ confidential information with Rama. It seems as though Rama scouts his prey through the data he gets from Amin, and then with the help of the NetCar driver, he photographs the unique features of a person, which then serve as his “inspiration.”

Although there is no doubt that Rama’s actions are dubious, it does seem as though he only photographed his victims, not sexually assaulted them. Rama’s actions seem extremely psychopathic in nature, especially since he shows no regret or emotions regarding his own actions. The one time things appear to go downhill for him, he walks into Siti’s house and delivers a menacing dialogue where he compares himself to Perseus, the slayer of Medusa. 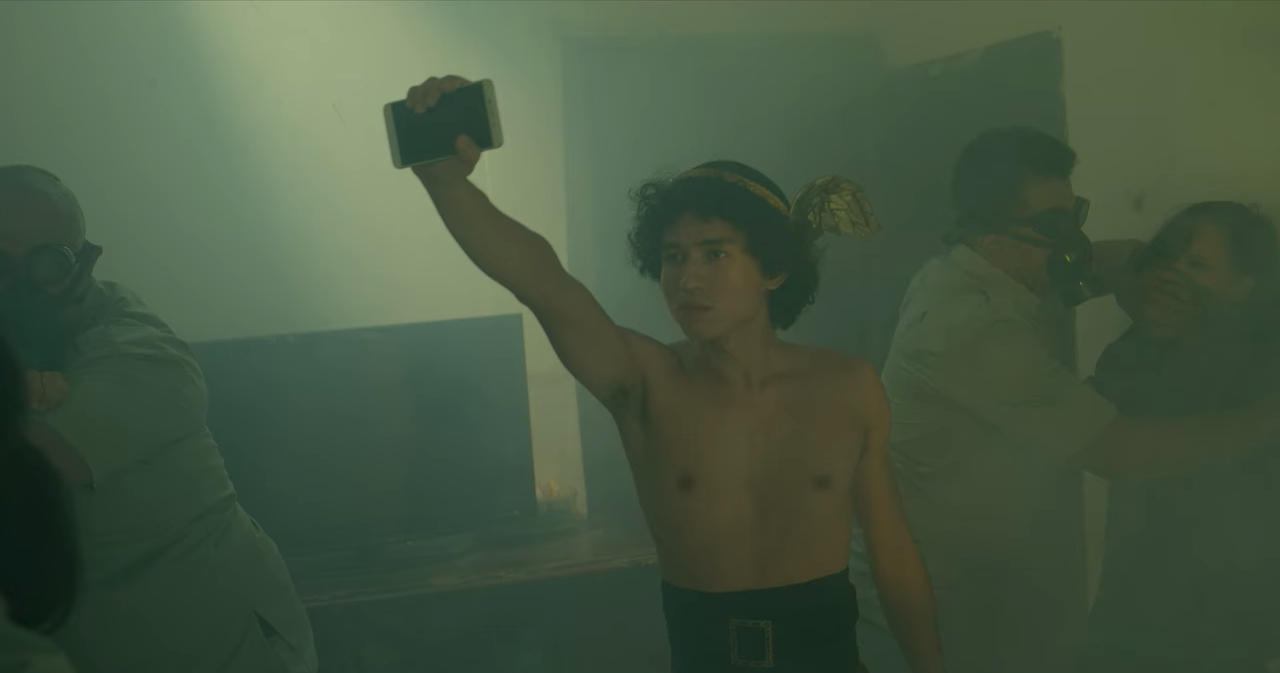 In the end, more than 8 people walk onto the roof and join Farah and Sur in revealing their stories. Hence, it becomes clear that Rama may have traumatized more people on campus, but their videos may just not have been on the phone. Plus, they may have chosen to stay silent this whole time due to a plethora of reasons — including his powerful background and fear for their own safety — but now that there is a good chance people will believe them, they decide to finally come forward.

Read More: Where Was Photocopier Filmed?