The Real History Behind The Plot Against America, Explained 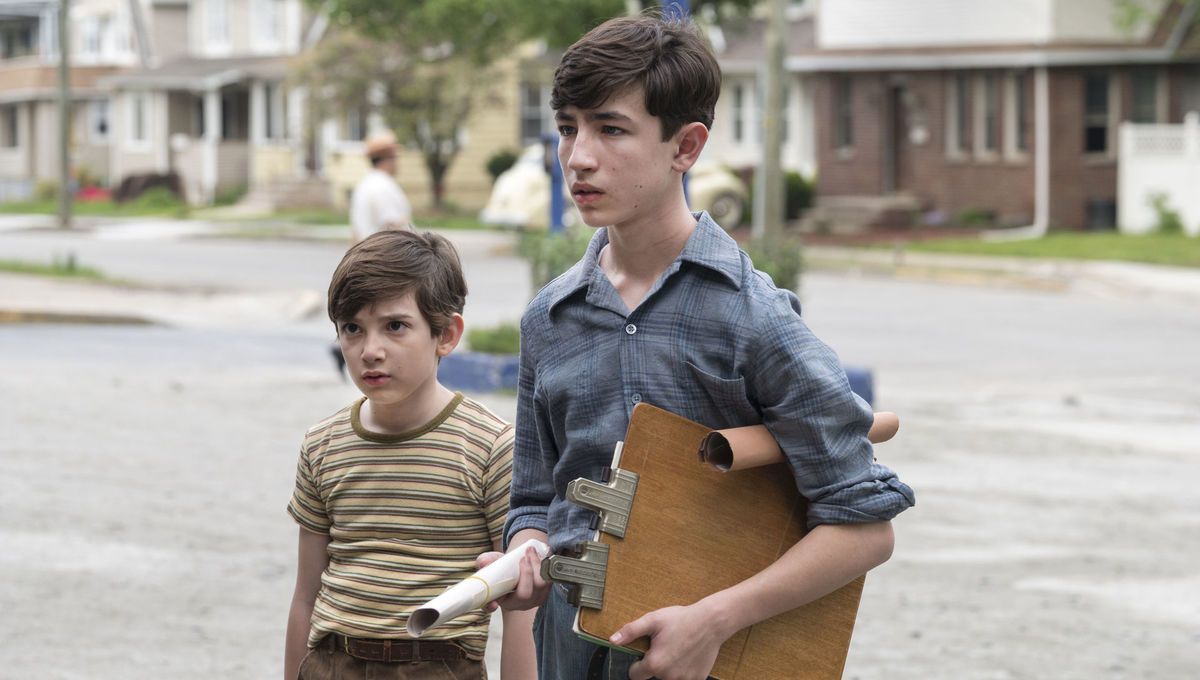 David Simon, along with co-creator Ed Burns, are amongst those big voices behind small screens that have revolutionized television with their groundbreaking content. The duo previously brought to us ‘The Wire’ which is easily one of the finest shows of our time, if not the finest. The series served as a game-changer for the face of television, and particularly stood out because of its realism. With ‘The Plot Against America‘, Simon and Burns team up once again to give us a compelling history lesson of what could have been, which eerily feels too close to home considering the current realities.

‘The Plot Against America’ offers us an alternate universe, or rather, an alternate history of America which explores the political rise of Charles Lindbergh, an anti-Semitic aviator-hero who was supportive of Nazi Germany. Set in 1940s, the series looks at what could have happened if Lindbergh had won the presidential election against Franklin D Roosevelt. It portrays events that led America towards fascism, but from the eyes of a working-class Jew family living in Newark, New Jersey.

The six-part miniseries is a chilling what-if story that serves as a cautionary tale during these Trumpian times. But given its context and historical relevance, one can’t help but wonder how accurate ‘The Plot Against America’ is in its portrayal of American history. After all, who was Charles Lindbergh? And if Lindbergh was real, could it mean that the Levins were too? If you’re seeking answers, well, look no further. Here’s everything you need to know.

The True Story Behind ‘The Plot Against America’, Explained: 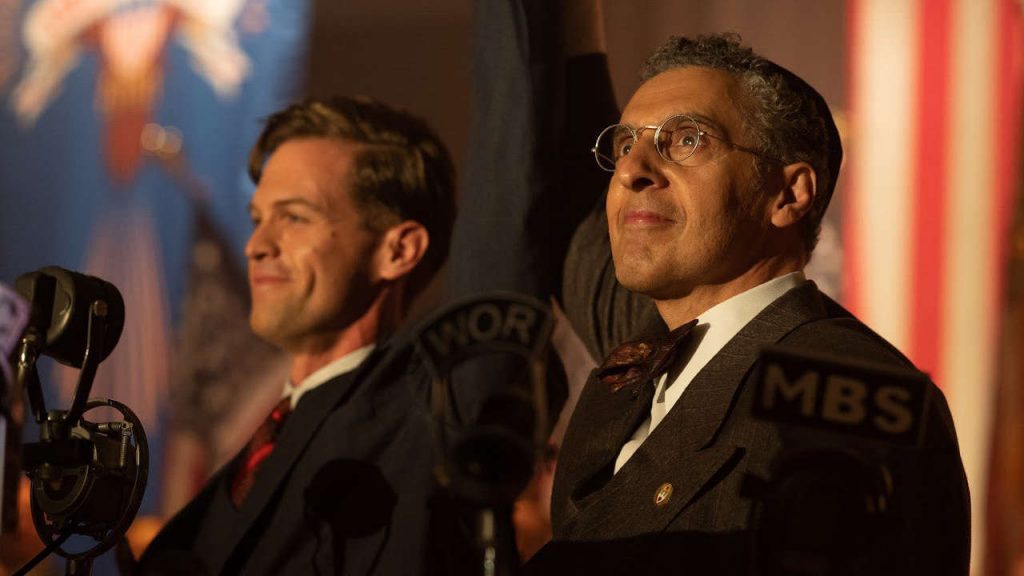 ‘The Plot Against America’ does offer an alternate history centering around real people. But it is actually based on a novel of the same name by Philip Roth, which was first published in 2004. Roth is best known for the autobiographical elements in his work and his explorations of the American identity. This becomes relevant in connection to the novel as Roth’s family was Jewish, and his parents were second-generation Americans.

In fact, The Plot Against America centers around Roth’s own family, and their ups and downs during Lindbergh’s fictional fascist regime. While the HBO mini-series changes the surname of the Jew family from Roth to Levin, there is definitely a reason why the youngest son’s character is called Philip.

Interestingly, the novel is actually filled with several autobiographical elements from Roth’s own childhood, and even places Philip as the protagonist. Though the series does not incorporate all of these, you can’t help but notice the similarities. Read on to find out.

Parallels between Philip Roth’s Life and ‘The Plot Against America’

Told from the point of view of Philip Roth as a child, the novel makes use of real-life names of his family. Roth is shown to be the second child of Herman and Bess, and has an older brother named Sandy, all of which is true. The novel also has Philip being born in 1933, which is also Roth’s actual birth year.

Interestingly, Roth’s mother’s maiden name was Bess Finkel. This could also mean that the character of Bess’ sister in the novel, Evelyn Finkel, was also based on Roth’s real aunt. Much like the characters in the novel as well as the series, Roth was born and raised in Newark, New Jersey. Even the setting of the novel is based on the actual neighbourhood where Roth grew up.

Roth spent most of his childhood in 81 Summit Avenue in Weequahic. Until the late 1960s, Weequahic was largely a middle class Jewish neighborhood. But due to the migration of African-Americans, along with the postwar growth of suburbs, there was a change in the demographic makeup of the area.

While Philip Roth offers an alternate history with The Plot Against America, the events described in the neighbourhood were actually based on his real experiences growing up. New Jersey during the 1930s and 40s was filled with anti-Semitic tensions as it was one of the few places in America that had a big population of Germans, along with Jew neighbourhoods like Weequahic. In fact, Irvington in New Jersey had a few German neighborhoods and was considered a hotbed for Nazi activity. Interestingly, Irvington is right next to Newark, and even bordered Weequahic.

This made Newark, and particularly Weequahic, an area that witnessed extreme racial tension. In fact, similar to the Jewish gang Roth describes in the book, “Minutemen” worked together to fight the Nazi Bund, and break-up their meetings and rallies.”Minutemen” consisted of a group of Jewish boxers and gangsters who were led by Abner “Longie” Zwillman, who is also mentioned in Roth’s book.

When Roth was growing up, he learned about the racial politics in the area from his father and his own experiences. However, it was much later that he found out about the possibility of Charles Lindbergh running for president against Roosevelt during the Second World War.

Who was Charles Lindbergh?

Charles Lindbergh, as mentioned above, was an anti-Semitic aviation-hero born in 1902. He earned worldwide fame for making a flight from New York to Paris without stopping once. In 1932, Charles’ 20-month-old son was kidnapped and murdered by Richard Hauptmann. At the time, the America media had called it the “Crime of the Century”.

Lindbergh received help from several individuals at the time including Al Capone, the famous “Scarface”. But the loss had such an impact on the Lindbergh family that they went into exile in Europe from 1935 to 1939. This, of course, gains relevance in ‘The Plot Against America’, especially with Evelyn’s conspiracy theory explaining Lindbergh’s sudden (fictional) disappearance in 1942.

In reality, much like the series and the novel, Lindbergh was a popular spokesperson for the non-interventionist America First Committee, and a supporter of Nazi Germany. He opposed America’s intervention in the Second World War, and granting aid to the UK during the war.

In fact, Lindbergh was one of the most vocal opponents against America’s involvement in war, and widely criticized Roosevelt. He even called out Jews as war-agitators, but go away with as he was considered an American hero. In 1941, he was publicly rebuked by President Roosevelt for his views. Interestingly, in a letter to his treasury secretary, he famously called Lindbergh a Nazi:

“If I should die tomorrow, I want you to know this, I am absolutely convinced Lindbergh is a Nazi”

It is believed that Roth had the idea for the novel when he was reading some of Arthur Schlesinger Jr’s unpublished work. In it Schlesinger had mentioned how some radicalist Republican senators from the time wanted Lindbergh to run against Roosevelt, which, of course, never happened. But given the current scenario, Roth’s counter-historical narrative might just be foreshadowing what could be in store for us.

However, it should be noted that Lindbergh was also much more than a Nazi supporter. He was also an inventor and activist who worked towards wildlife conservation. As an inventor, he worked with Robert Goddard, whose breakthroughs later helped in development of space travel. He even teamed up with Nobel Prize winning surgeon Alexis Carrel on an invention that eventually paved way for the development artificial organs.