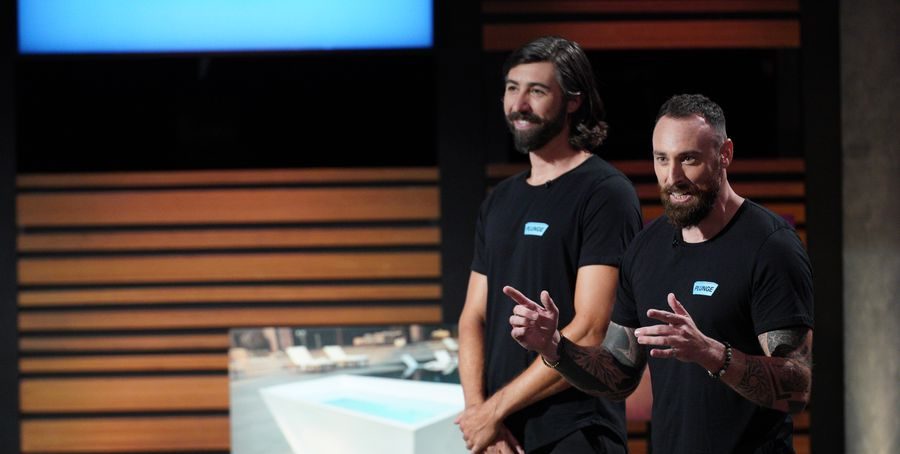 Friends Michael Garrett and Ryan Duey were quite aware of the benefits of cold plunging. However, they were shocked to learn how costly home plunging kits could be. Hence, in season 13 episode 21 of ‘Shark Tank,’ the duo presented Plunge, an affordable cold plunging tub, hoping for an investment from the Sharks. The product appeared to be quite interesting and warranted a second look. So, that’s exactly what we did and here’s everything we found out!

Plunge: Who Are They and What Do They Do?

One of the co-founders, Ryan Duey, completed a degree in International AGB Management and International Business Study from California Polytechnic University. Additionally, he even studied the Spanish language during his college days and ultimately took up a job as the Auxiliar of Conversation at the Spanish Ministry of Education after graduation. Following this, he worked with the San Jose Earthquakes soccer team as an Account Executive and Group Sales Manager.

After that, Ryan established Float Biz Startup in 2017. Additionally, Ryan has also been a partner at Sky Naturals CBD and owns the Sacramento-based Capitol Floats, which is the city’s first float tank center. On the other hand, Michael Garrett prefers privacy regarding his prior professional life but currently owns the Reboot Float & Cryo Spa in the San Fransisco Bay Area.

According to the founders, cold plunging has several positive effects as it increases resilience, speeds up physical recovery, and energizes the body. Interestingly, the COVID-19 pandemic helped Ryan and Michael start Plunge, as both their spas were closed due to the lockdown. While looking for ways to earn a living, Michael noticed that most home spas that offered an authentic cold plunge were extremely pricey. The common man couldn’t possibly spend so much on a cold tub, and using one at a spa was also made impossible by the lockdown.

Thus, hoping to solve both problems with a single solution, Michael involved his father and set about building a cost-effective version. Ryan soon joined the same venture, and together they came up with the idea of Plunge. At its core, Plunge is a bathtub that comes with a temperature regulator. Hence, it can be used as both a hot and cold tub. Additionally, the product also comes with a cover, a mobile phone holder, a hose filter, and a skimmer which accentuates the experience. Besides, the company also offers a year of warranty to help ease all worries.

Where Is Plunge Now?

Immediately after launch, Plunge gained quite a lot of popularity, giving its founders a pleasant surprise. Moreover, both Michael and Ryan knew they had to stay updated with the market. Hence, with time, the duo brought several welcome changes to their lineup, including a larger-sized “Pro XL” model. Although their business appealed to a niche audience, and each model came with a substantial price tag, Plunge has managed to achieve successful sales figures, which impressed the Sharks on ‘Shark Tank.’

Therefore, the two were able to sign a deal with Robert Herjavec, who invested $2.4 million in the business. The company presently sells three specific models, namely the original Plunge, the Plunge Pro XL, and the Commercial Plunge Pro. As evident from its name, the last model is made to withstand regular wear and tear when being used in commercial establishments like gyms and spas.

While the original model will set one back by $4,990, the two others models have a price tag of $6,990 and $6,490, respectively. Besides, customers should note that the company charges an additional $500 for the hot and cold functionality. Although Plunge products are exclusively available on their official website at present, we are sure that the company is destined for greater success in the years to come.