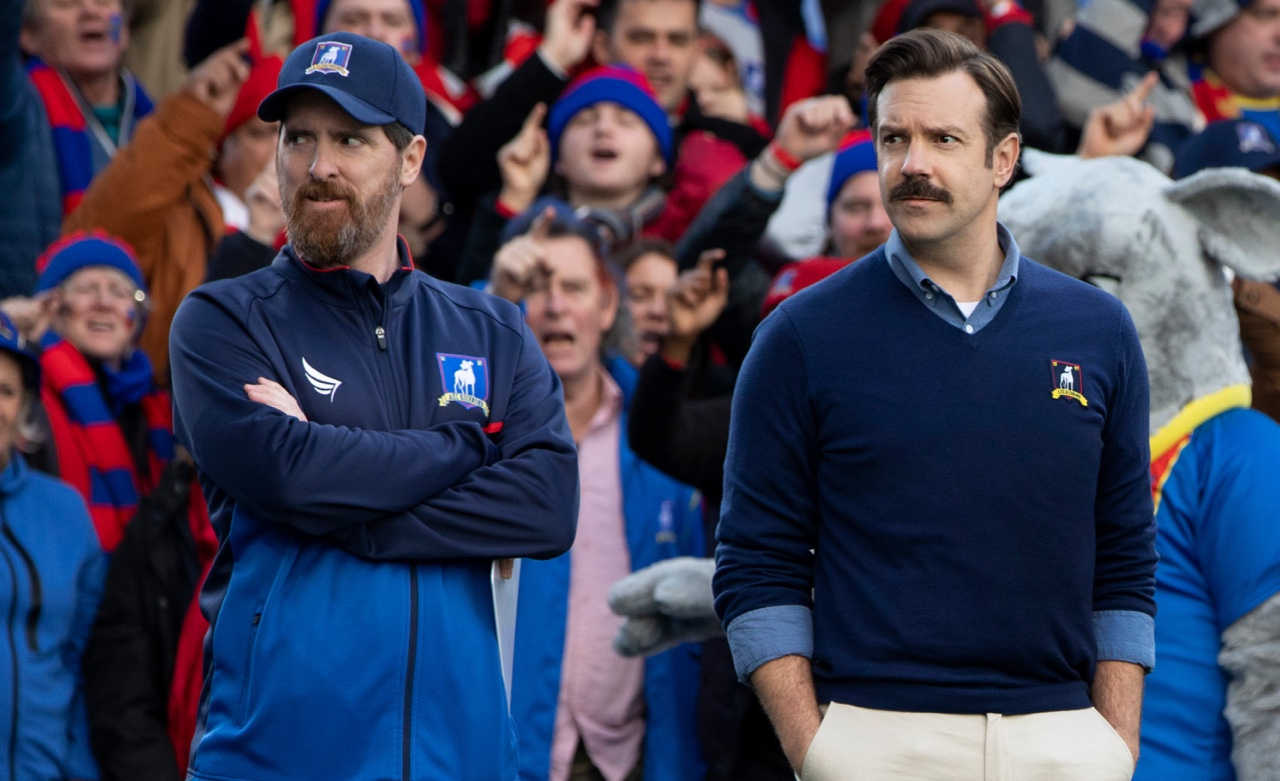 ‘Ted Lasso’ is a comedy show in which Jason Sudeikis stars as the eponymous American football coach, who is hired to manage the British soccer team AFC Richmond. But Rebecca Welton, the owner, only hired him because he has had no prior experience when it comes to the game. She is certain that his naivete will lead to the club’s downfall. After all, the team is her cheating ex-husband’s one true love, and destroying it is how she wants to exact her revenge. However, Ted’s positivity is infectious, and people can’t help but root for him every step of the way. A divided team, an overconfident star player named Jamie, a failing marriage, and a stadium full of angry fans are constant obstacles he faces.

Things do start changing when Ted leads the team to their first victory. Dani Rojas is an international player and an excellent addition to the team. His skills are at also par with Jamie’s, which makes the star player feel threatened. When Dani gets injured, he visits the treatment room, but it is believed to be cursed. Consequently, his teammates feel that Dani’s career is basically finished. But Ted wants to use this crisis as an opportunity, so he gathers his team and educates them on the history of football in their city.

The manager also states that the curse can be reversed if the players sacrifice something of immense value to them. Ted already knew that Dani had recovered but still calls his boys to the clubhouse at midnight for the team bonding exercise. It works, and they are more united than ever before. Even Jamie participates and changes his arrogant behavior from before. However, Manchester City, the club that owns Jamie’s contract, calls him back after Ted’s decision to bench him, something that the manager is obviously not happy about.

Ted Lasso Episode 7 is titled ‘Make Rebecca Great Again,’ which will be available on September 11, 2020, at 12 am PT. The episode will be exclusively available on Apple TV+.

Ted’s divorce is something that has been discussed in most episodes thus far. So one can expect to see how he is, or isn’t, coming to terms with the separation. After all, in a previous episode, he did state that he has never quit anything. Although his soon to be ex-wife comforts him at that moment, it has been shown time and again that Ted cannot just move on from this very easily, even though he knows that getting divorced is the right thing to do. Yes, it was his decision, but considering that the couple also has a son, Ted may just need some time.

AFC Richmond has a game with Everton coming up. But the team, despite being able to secure some wins in recent times, is not very confident about it. Historically speaking, they have never performed well against Everton, and now, even their star player Jamie Tartt has been recalled by his original club, Manchester City. It seems as though Ted will have his hands full trying to impart his optimism to his players while struggling to deal with his own emotions about his failed marriage.

Speaking of relationships, could one expect to see Keeley and Roy spend some more time together? After all, the inevitability of their relationship has been signaled to many times in past episodes. In fact, their friendly banter also serves as a mask for their true feelings. Keeley realizes that Jamie was not the one when he sleeps with another woman within 24 hours of their breakup at the gala. Moreover, Roy seems to be the exact opposite of Jamie when it comes to their emotional maturity. There is also a likelihood of the romantic lives of other characters being discussed.