Where is Ted Lasso Filmed? 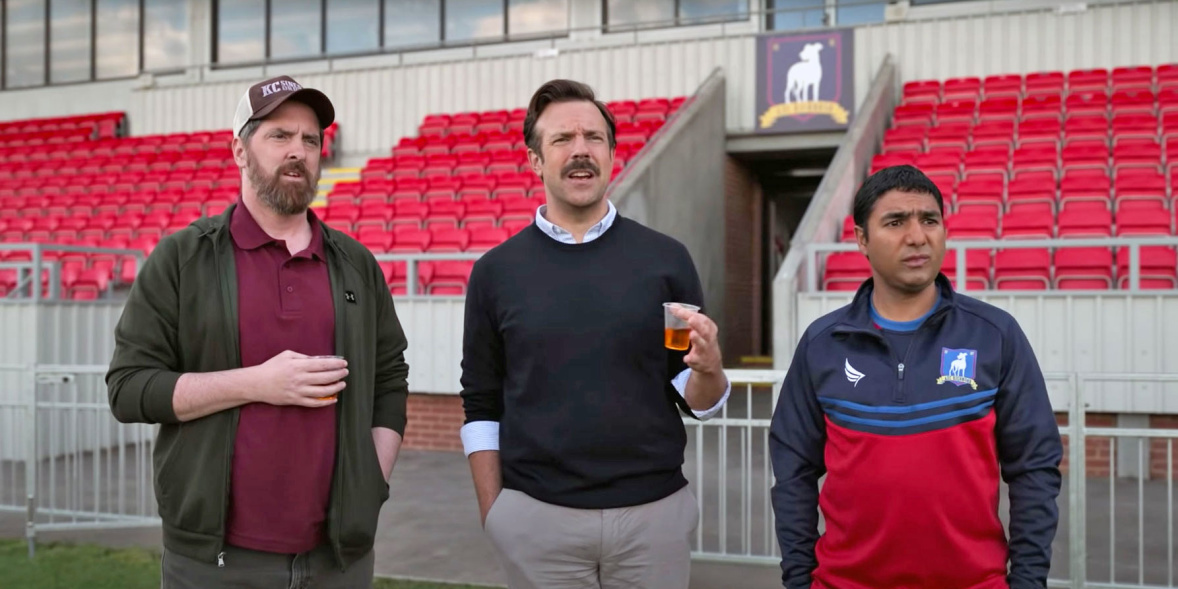 Apple TV’s ‘Ted Lasso’ is a sports comedy television series that follows a small-time college football coach who is asked to train a Premier League Team. Sounds pretty basic, right? Well, the catch here, is that the titular coach is an American, who is put in charge of the English football club without enough knowledge about the game. The protagonist, Ted Lasso, is a continuation of the eponymous character that originally appeared in 2013 when actor Jason Sudeikis was roped in for the NBC Sports’ coverage of the English Premier League.

The fish-out-of-water comedy showcases the American’s experiences as he takes a transatlantic flight and lands in the United Kingdom, only to find himself struggling to adapt the English culture and facing the consequences of passing comments laced with uncomfortable stereotypes. Little does he know, that the club’s new chairman, Rebecca has thrust the opportunity upon him only to use his inexperience to sabotage the club, and successfully get back at her ex-husband. The series has been appreciated by the critics and the audiences for its strong writing, great execution by the lead actor, and mostly for being self-aware concerning its premise. Let’s find out the locations where ‘Ted Lasso’ is filmed!

As the show is set in England, creators Bill Lawrence and Jason Sudeikis decided to take the realistic route and moved the entire production to England, where the shooting commenced. Owing to the breathtaking locations and a vast variety of production studios, The Land of the Angels has served as a backdrop for hit movies like ‘The Dark Knight,’ ‘Notting Hill,’ the ‘Harry Potter’ films, and many other classics. Here are the specific filming sites!

The series is extensively filmed at the West London Film Studios, located at Hayes, Hillingdon, London. The exact address of the film and television studio complex is Springfield Rd, Hayes UB4 0RG, United Kingdom. Back in 2014, the studio was officially inaugurated by ‘Breaking Bad’ and ‘Bojack Horseman’ star Aaron Paul and British entrepreneur Frank Khalid, who is also the owner of the studio. 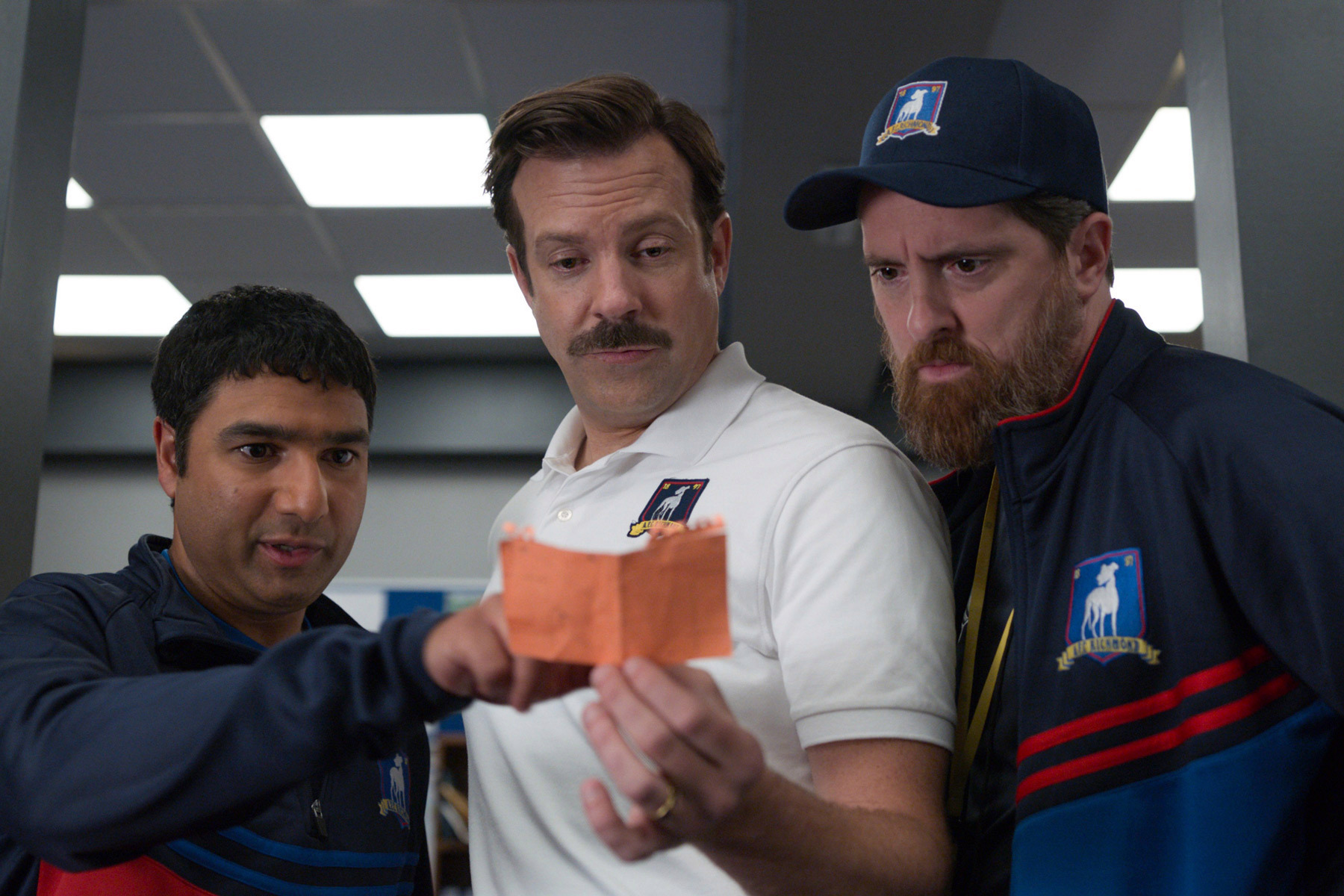 The art and filming department of ‘Ted Lasso’ set up base in the 105,000 square feet studio, to film the off-field scenes, including the office and conference sequences. The studio has served as the filming site for ‘The Imitation Game,’ ‘The Capture,’ ‘The Nightmare Worlds of H. G. Wells’, and ‘Black Mirror: San Junipero’ among other movies and shows. The scenes in season 1, where Ted roams around London in search of good food or coffee were shot around Richmond Green. 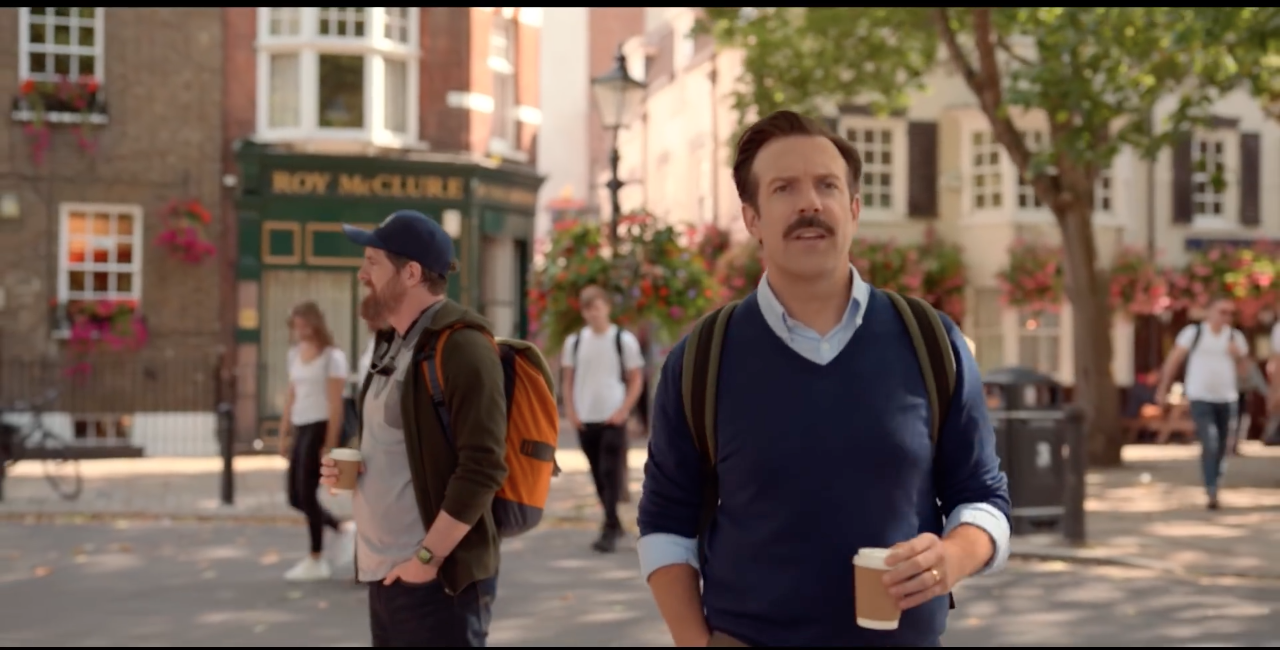 The football match and training scenes are shot at Selhurst Park Stadium, located at the Selhurst suburb in the Borough of Croydon. The stadium is best known as the home of Crystal Palace Football Club. The Hayes & Yeading United Football Club, located at Beaconsfield Road, Hayes is also used to film the on-field action scenes. 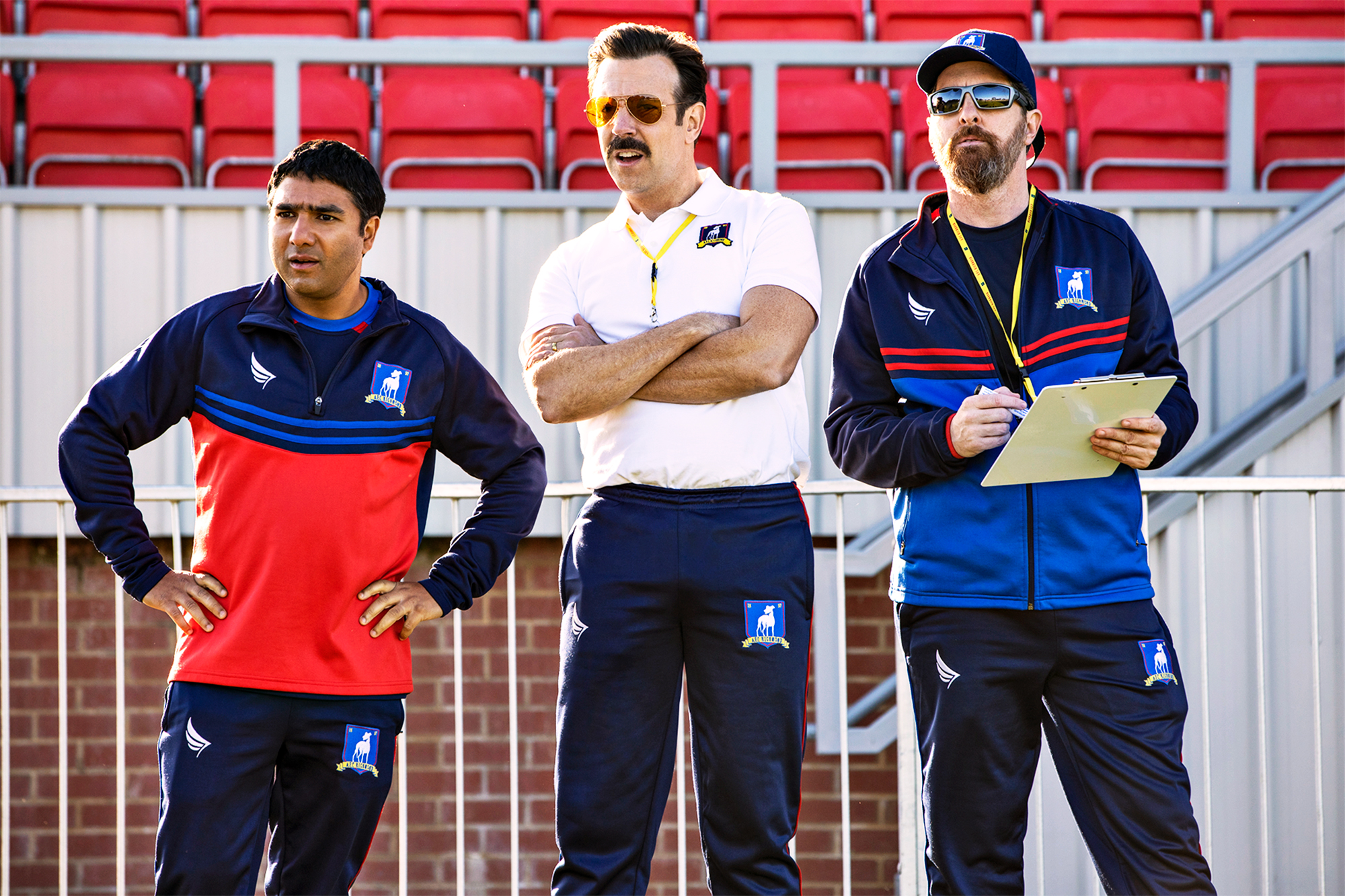 Talking about using real locations for the shoot, creator Bill Lawrence told New York Post, “The first burden for anybody who’s made a sports movie or TV show is that it’s really easy to make one that looks fake. The football aspects of it needed to look real. We were lucky enough to use real venues.”